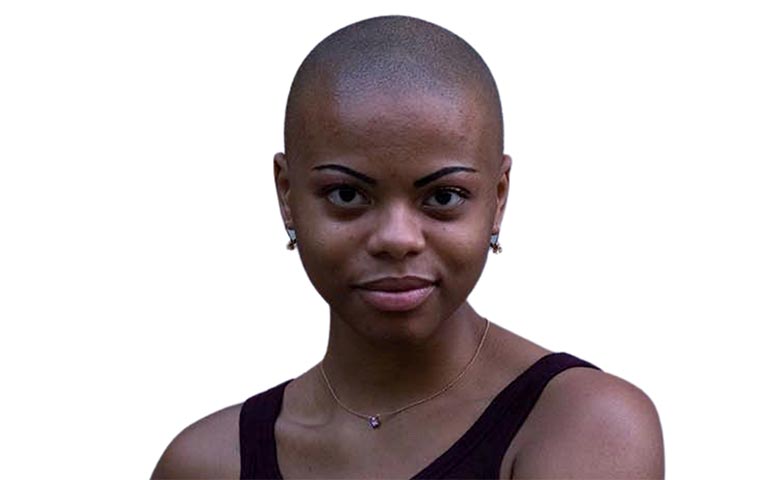 Nia Sadler has been a resident of Winston-Salem for most of their life until recently when they moved to Boston to pursue their dance career. They discovered the organization Triad Abolition Project (TAP) in 2020. It was a fairly new organization but it has taken off since its founding last year.

Nia’s main goal is to provide a safer alternative to prisons and to eliminate the dangers of prisons. While this is a large task to do, they work on spreading the word of unlawful actions in prisons and helping incarcerated people already in the system.

Nia has been involved in many powerful and purposeful movements along with TAP. They have participated in marching and protesting around local prisons, group letter writing to incarcerated people, and events involving speaking on prison abolition and entertainment. Along with these things, they were a crucial member of the 49-day occupation of Bailey Park held by TAP on behalf of John Neville in June and July 2020.

Neville was a Black man, Greensboro local, and incarcerated person. He was killed in the Winston-Salem prison system by the guards. He was asleep in his cell when suddenly he fell off the top bunk of his bed and started having an intense medical problem. When the guards proceeded to handcuff him behind his back and strap him into a chair, he was clearly in a lot of pain. After the guards took him out of the chair they were unable to take off the handcuffs, John got nervous and five guards proceeded to kneel on his back. He screamed and shouted that he couldn’t breathe. Two days after the incident, Neville died in the hospital. The case didn't come out until seven months later in July 2020.

A few days after the report came out, Nia and TAP began an occupation of Bailey Park. The event was supposed to last one day from 10 a.m. until 10 p.m., but their demands were not answered. The occupation lasted 49 days until justice was served. Justice included getting rid of the bent leg prone restraint, one of the direct causes of Neville's death and the sheriff also agreed to notify the public whenever an incarcerated person dies. The occupiers had to withstand lightning storms, rain, and summer heat, and many were arrested, including Nia. There were no illegal actions done at the occupation, but after the police found out about the protest, the city council mandated the gathering illegal due to Covid-19 restrictions on crowd size.

I have talked to both of the founders of TAP and all they had to say were great things about Nia. Both of the founders spoke about how loving a person Nia is and how bright of a future they have. Nia is currently looking for abolition groups in Boston but are very busy with their job in a dance company.