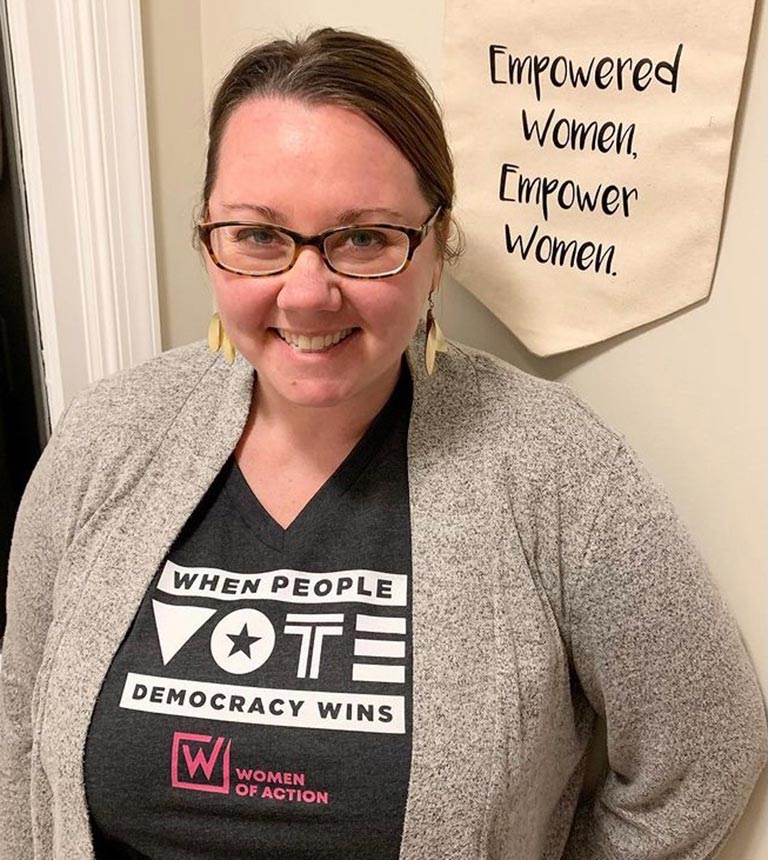 Change is both scary and necessary for our world to evolve. Many of you may not know about changemakers or why they do what they do, but I am here to shed light on one particular local changemaker from Winston-Salem, North Carolina, Christy Robinson.

Christy Robinson was raised in a conservative house, but she and her sisters were very progressive. They were concerned with the environment and people’s rights. Christy moved 19 times before landing in Winston-Salem. Her father was in the Navy, making her the new girl in every place, but despite this, Christy was a leader in every organization that she joined in her middle school and high school years. She was a natural born leader. She attended the University of Virginia and stayed there to earn her graduate degree. Christy and her husband moved to Winston-Salem because of her husband's residency after medical school. She has lived in Winston-Salem for 12 years now, making it the longest she’s ever lived in one place and a place she can call home. Christy has many strong female role models including her mom, grandmother, Stacy Abrams, Kamala Harris, Michelle Obama, Marie Curie, and more. Books have been very inspirational to her to learn about others’ stories and the changes they created in their lives and the lives of others.

Before the 2016 election, two main events led Christy and Amy Shuman, co-founder of WOA, to see injustices and threats to our democracy. These events planted the seeds that grew to the formation of Women of Action. First, the HB2 legislation was proposed by the North Carolina General Assembly to prohibit trans and nonbinary people from using public bathrooms that did not match with the biological sex assigned on their birth certificate. Secondly, when Merrick Garland was put up for the United States Supreme Court, the Republicans in power refused to vote or use their right to vote in the Senate. The outcome of the 2016 election made Christy and Amy feel that they didn’t do enough to overcome those injustices and allowed the system to remain broken. They had a discussion about doing something radical… talking about politics to her friends. At the time, it really did seem radical to engage in those types of conversations. This was the beginning of WOA!

WOA is a local nonpartisan organization based here in Winston-Salem, North Carolina. It started as a very small group that would gather in Christy’s kitchen on nights or weekends in between activities on their busy schedules. From word of mouth, the group grew to over 500 members. Social media, specifically Instagram, was the next platform used to gain supporters and reach people of all different age groups. WOA focused on global and national issues in the beginning, attending rallies and protests, but redirected their focus on more local issues where they could make a larger and more immediate impact. 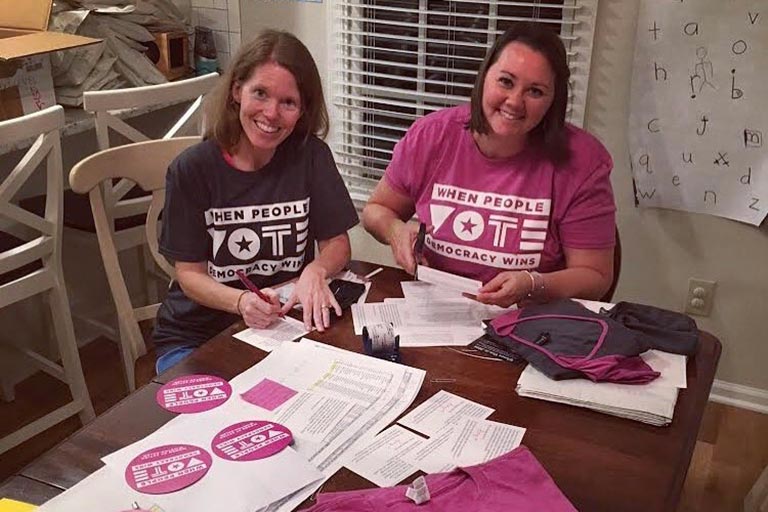 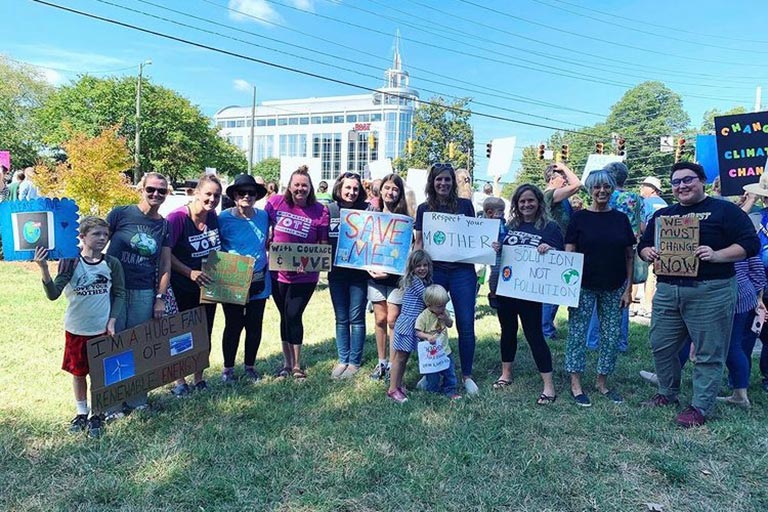 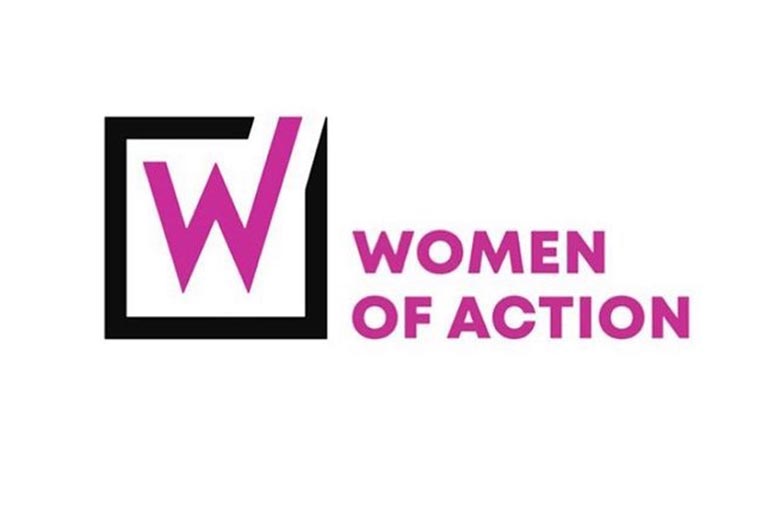 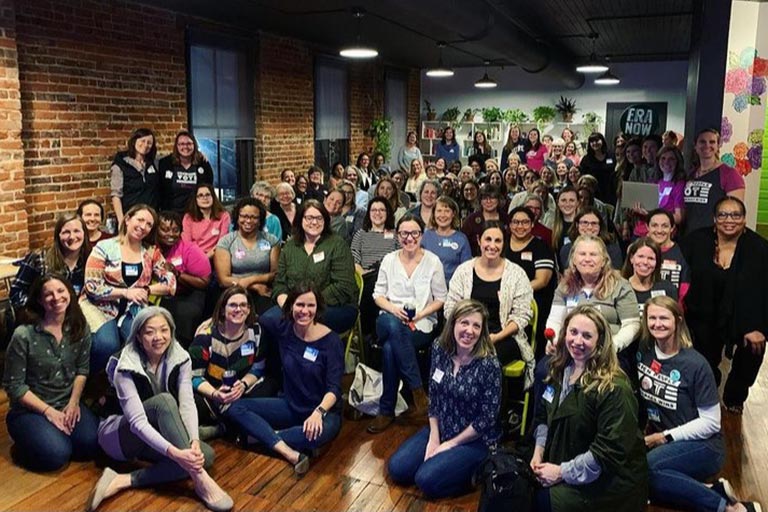 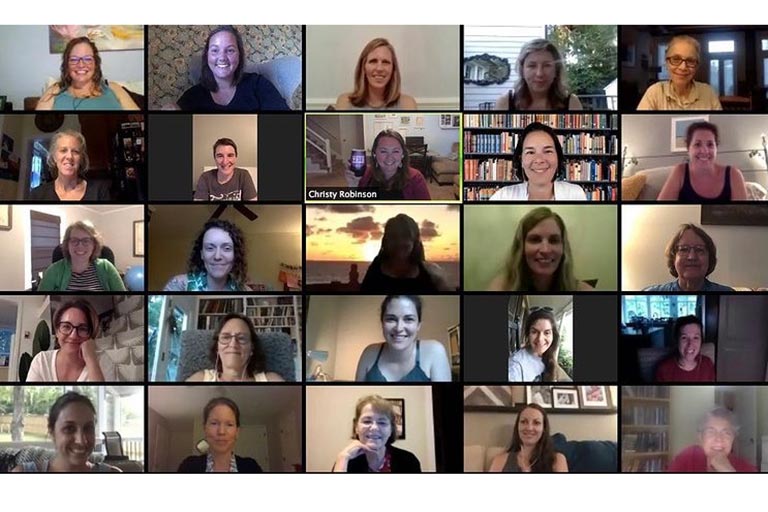 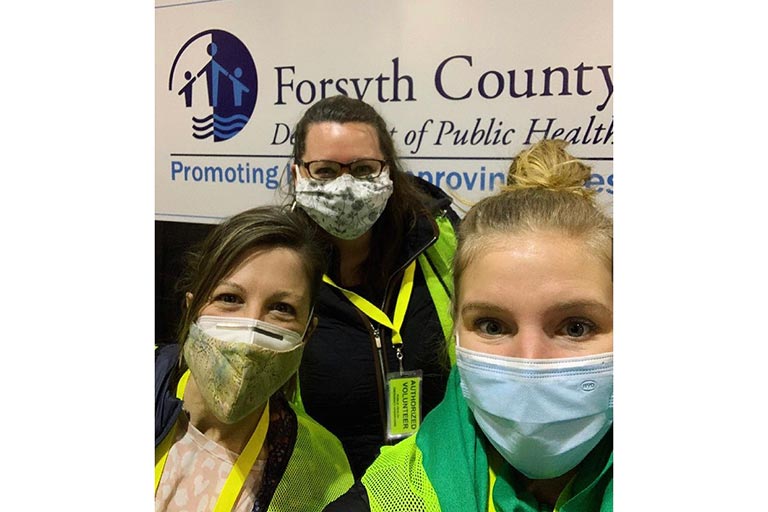 The members of WOA are predominantly white so the group is very intentional about following the lead of black and brown leaders and organizations. They do not want to be the center of the conversation so they do not lead events, but they do support many different organizations to advance the cause. At monthly meetings, they educate others and their own members which empowers them to have conversations with more people to gain additional support. WOA is building strong relationships and trust with people of the community and different organizations. Some of the organizations they have supported include the Winston-Salem Chapter of the NAACP, Minister’s Conference, Justice Collective, Shalom Project, World Relief Traid, PEA, Winston-Salem Department of Health, and City with Dwellings. WOA’s most recent event they are helping to organize is the COVID vaccine clinics all around Winston-Salem. Specifically, Christy Buchanan, a member of WOA, has helped organize the vaccine clinics and is asking for volunteers everyday.

WOA’s mission is to inspire civic and community engagement. In doing so, they are striving to focus on the facts, communicate thoroughly, listen openly, understand that we are all learning, stand up for ethical and democratic principles, and promote justice, equity, dignity, and inclusion. WOA’s logo was created by a local designer. It is a W in a voting box going up. For them, it symbolizes and embodies women breaking through the glass ceiling as well as a voting check mark. Its raspberry color gives it a feminine touch.

There have been two major election cycles of WOA. Their voting motto is “When People Vote Democracy Wins''. On their website, they had a powerpoint guide to the 2020 general election, which had websites hyperlinked, important dates, absentee mail-in/in-person voting instructions, and what and who is on the ballot overview and names. There also was a 2020 election action series, which has sections on (1) how to vote: what you need to know in order to vote in Forsyth County and how to help others do the same, (2) ask 5 to vote: offers suggestions on how to talk about voting during the election, (3) talk to kids about voting: how to involve kids in the voting process, (4) vote and: what you can do during the election season in addition to casting your vote.

WOA continues to help by providing secondary support particularly in areas where Black and brown leadership already exists. WOA invites speakers every month to educate themselves about other issues that are happening and invites their members to get involved when they are called. Their big goal is to keep listening, learning, fighting towards anti-racism, and helping when and where they are needed for their community. WOA’s mission is very broad, inspiring civic and community engagement, so they can be dynamic and help where other organizations need support.

Listening and learning is a huge focus for growth. Christy was recently asked to be the PTA president and wants to partner with Tiffany Lopez to bring diversity and representation of more races to her children’s elementary school. Christy wants to influence an anti-racist, inclusive, equitable advocacy standpoint in every part of everyone’s lives. No one knows what the future holds but WOA will be around to inspire civic and community engagement, they will continue to break through glass ceilings and create change for the better of the community and future!

Check out Women of Action’s website and social media to keep up with updates and events that you could potentially be a part of and help inspire civic and community engagement!

For more insight into this topic check out these resources below.

*All pictures were taken from the Women of Action’s instagram page with the consent of Christy Robinson.*