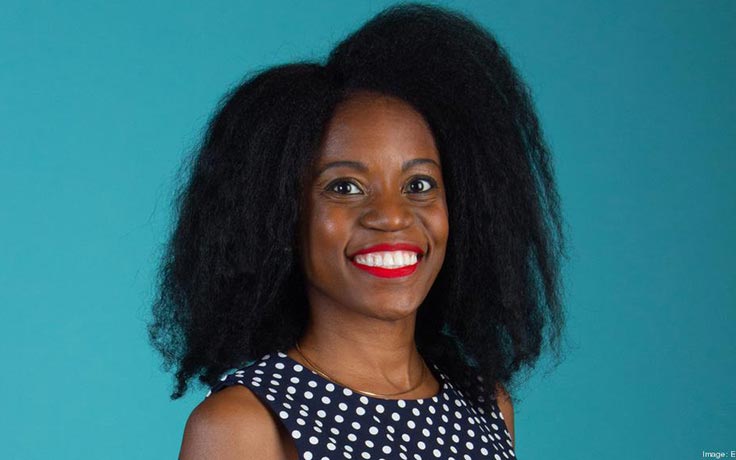 Magalie Yacinthe was born in Nassau, Bahamas and shortly after moved to Miami, Florida where she spent most of her time growing up. “Miami is like a melting pot of culture,” Magalie describes. “A little bit of everybody, everywhere. But, in the same breath, Miami still operates in Silos.”

These Silos were divided by a person's ethnicity. For example, the majority of people of Hispanic descent lived in a town called Little Havana, people of Haitian descent, including Magalie, lived in a town called Little Haiti, and so on and so forth. Growing up within these Silos, Magalie saw that there was a strong negative opinion towards Haitians. “Just by nature of who you were, there was a lot of violence against you,” she says. Even with this, Magalie chose to not hide who she was just because it wasn’t accepted. She says, “I’m not denying who I am. Even in fourth grade I understood that that's not who I was.”

Magalie is an alumna of Florida Agricultural & Mechanical University, which is a historically Black university. “I think my time at FAMU really helped define who I am,” Magalie said. She is still currently part of Delta Sigma Theta Sorority, which is a life-long commitment. There are graduate chapters for people to join everywhere so even after you graduate you can find a new chapter to join. She is an active member of the Winston-Salem Alumnae Chapter and the Charlotte-Metro Chapter of the FAMU National Alumni Association. She says, “The woman I am today, it is because of FAMU. It’s because of the people I met there, the experiences I had there. If I had a reason to go back to FAMU right now I would do it in a heartbeat.”

Shortly after Magalie moved to Winston-Salem she and a few others came together to create HUSTLE Winston-Salem. HUSTLE is an organization that helps to promote a more inclusive entrepreneurial ecosystem in Winston-Salem. They focus on minorities like people of color and women and advocating for them in the local innovation economy. “If we are going to move on up as a city with this you’re not leaving all of these people behind,” Magalie says. One of the biggest things affecting the ecosystem of Winston-Salem is Highway 52. “We went into this deep dive of understanding how that plays into everything in our community,” Magalie says when talking about the highway. Highway 52 divides Winston-Salem right down the middle separating the Black neighborhoods in East Winston-Salem from the rest of the city. This not only separated the city, but separated the access to the resources when talking about the entrepreneurial ecosystem. HUSTLE works to make these resources accessible to everyone. Magalie stepped up to being the Interim Executive Director of HUSTLE a couple years ago. She says, “My time being the director, seeing it from that point of view, is really when it started to hit me that we need to have some real systems change here.”

HUSTLE originally launched as a campaign, not an organization. Magalie and two of the other founders, Matt Williams and Fay Horwitt, were already working on creating something to make people aware of the issues in their ecosystem. She says, “We’re going to be that bridge to fill the gap between systems and entrepreneurs.” They came up with HUSTLE before the organization came to be. Around that time, Fay was approached asking if she’d be interested in representing inclusive economy through an organization called EMC Arts. It aligned perfectly with what they were already planning to do so HUSTLE was launched as a community campaign. “What we found was people wanted more right then and there. They were asking what was next and how to become members,” Magalie says. In the process of HUSTLE they pinned three more people, Daryl Shaw, Kellie Easton, Tonya Sheffield, who came to create the six founders of HUSTLE.

Throughout this changemaker project I have been nothing but inspired. Magalie has done so much for the community of Winston-Salem and continues to do so not only through HUSTLE, but also through SO-IN Forsyth and YES Event Strategies and Solutions. “Everything I am involved in I am 100 percent all in with all of those groups,” she says. Magalie has made me realize that if you have the passion to do something and surround yourself with the right people, you can achieve it.