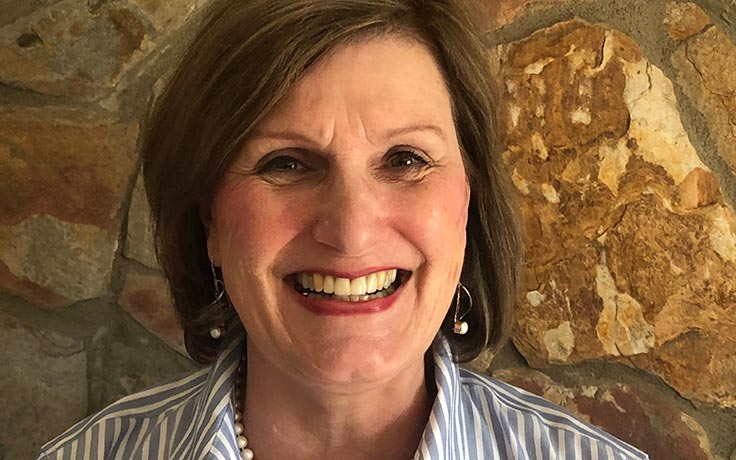 Unfortunately we live in a world in which people are often put in silos, and are treated differently. People decide to remain silent in relation to this issue and some do not, and Mari Jo Turner is an example of someone who decided to take action.

Mari Jo Turner was born in the state of Wisconsin. She had a very broad experience of being around different people of culture; her parents were very inclusive and loved traveling and she also lived in a lot of different states in the United States. She thought everybody was the same growing up. However, after high school, she joined the U.S. Navy, and there, she started to realize that she lived in a place that wasn’t the ideal world that she had grown up believing in. In the Navy, someone said to her: “You don’t have black people that are with you in the same place, do you? Like the ships, they put all of the black people on one ship, and they put all of the white people on another ship right? So, you don’t have to be with them.” It was an awakening for her to hear that, to hear that people of different races are supposed to be segregated. She knew that as a person of privilege, it would be her responsibility to help others learn to embrace different cultures and change lives.

After college, she was not happy using her degree in computer science, so she decided to go to the community college and to take a Myers Briggs test. The results said that she was an extrovert, a feeling person and that she wanted things in order. She left her current job and went to work at the United Way in NE Florida, making 25% of what she was making earlier. “I learned that it was very important for me to get up in the morning and know that I can make a difference, that I can help change a life.”

Her position at the United Way began her path as a change maker. For the past 25+ years, she has helped “change lives” for a variety of different kinds of nonprofit organizations; at Hospice in Savannah, Georgia, and in North Carolina at Downtown Church Center, at Association for the Benefit of Child Development (now Imprints Cares), at Hospice & Palliative CareCenter, at Eagle’s Nest Foundation, and at Blue Ridge Parkway Foundation. Mari Jo now works for the Hispanic League as the executive director. She had never really thought about being the executive director of the Hispanic League because she is not fluent in Spanish and not Hispanic; however she had the skillset. And sadly, some people judged and still judge her for having such a position at the Hispanic League.

Why did she specifically decide to work at the Hispanic League? Other than her desire to make a difference in the world, her aunt (father’s sister) married a man who was from Mexico, so her cousins are Hispanic. And also during the time she moved to North Carolina in 1990, there was a big Hispanic immigration occurring. Hispanic people were looking for ready work and affordable housing. This, plus the need to educate the community about their diverse cultures, contributed toward Mari Jo connecting to the Hispanic community, and choosing to lead the Hispanic League.

Hispanics suffer discrimination, poverty, lack of education and lack of access to health coverage. Because North Carolina has a more recent immigrant community, there is a larger proportion of non-citizens who are part of the population, and, they have greater language barriers than Hispanics nationally. Although they are represented in most sectors, they tend to be concentrated in lower-paid, less-skilled jobs. So, Hispanics are the most likely to live in poverty. They are also among the least educated group in the United States. Their lack of knowledge about the educational system, the language barrier, and the reduced access to a number of economic resources can influence the lack of a good education for Hispanics. In addition, there is a certain discrimination present in some schools that can also have an impact on their education (mainly in the relationship between student and teacher).

The Hispanic League’s mission is to “improve the quality of life of Hispanic/Latinos through promoting community inclusion, education, health, and multicultural understanding”. Started in 1992, the Hispanic League facilitates education for Hispanic students through the ESL Middle School Achievers Program (in 10 schools) and the Scholarship Program (50 scholars in 2021). And they also are able to help narrow the gap in cultural differences by promoting diversity and multicultural understanding each year through many events, like Fiesta. The Hispanic League partners with more than 20 community organizations to provide educational programming and during Covid-19, financial assistance to the Hispanic community. And because of the current situation that we are living in (pandemic), they provide information on the coronavirus for the Hispanic community weekly on their Facebook Live and they offer a lot of virtual events to keep the community connected during these unprecedented times.

Mari Jo Turner is inspired by the stories of people who have benefited from the Hispanic League. “It’s an honor for me to know that we can help give those students the opportunity to have a future in our community and across the state.” She thinks that “it is important for the broader community to understand the Hispanic community and embrace the different cultures that they offer, and the gifts that they bring to our community.” Mari Jo is an inspiring person, she proves that anyone can make a change. It is not necessary to actually be part of a certain oppressed group to make a change.