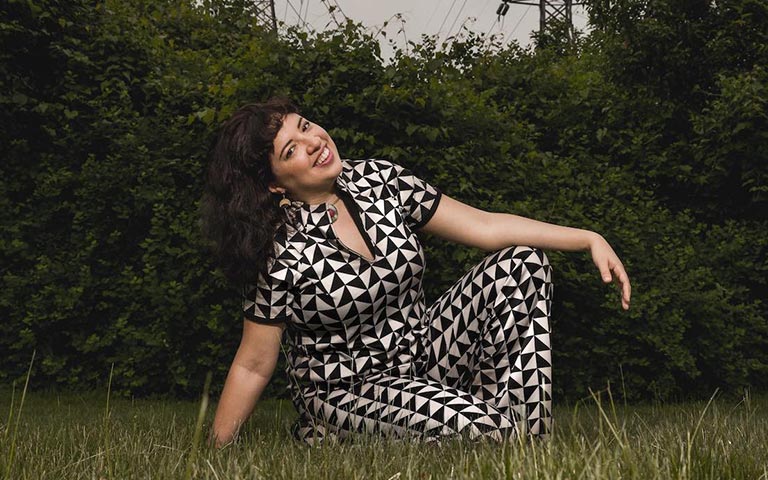 Since music is one of the most influential forms of art, and since it affects the way humans process the world around them, there is a question arising about who creates music. Who gets to create music? Scholars, artists, and many women affected by gender inequality have been asking this question and arranging plans to resolve this issue. One of these women is Anna Luisa Daigneault, better known by her stage name, “Quilla."

Quilla is a vocalist, electronic musician, and music producer. Being a woman in the creative world, Quilla has witnessed the inequity and discrimination women face in the field of music. After years of creating and performing music, Quilla took on the challenge of becoming a music producer, which is widely known to be a male-dominated field. In her production work, Quilla found a drive to create opportunities for other women to have the knowledge and resources to do the same.

Quilla, who is originally from Montreal, Canada, put her passion for music into practice as a teenager by playing bass in a small all-female punk band, followed by being the only woman in an Afrobeat Funk band while in college. Mostly playing keyboard, she immersed herself into many different musical genres such as Electronic Music, Jazz, and Experimental Music; all of which were greatly supported by Montreal’s culture at the time. She continued to share her talent by playing keyboard and writing compositions through college, into her years abroad in Peru, throughout her time living in San Francisco, and continuing through her current residence in Greensboro, North Carolina. Alongside being a musician and producer, Quilla carries with her a drive to make change for the upcoming generation with every project she engages in. She does this through her writing, advocacy and representation as a woman of color in the industry.

It is no secret that reconstructing an entire industry is no easy task, but one of the ways that Quilla is making her mark in this movement of women rising up in music is by offering workshops to other women who want to break the cycle of men dominating music production. Before the COVID-19 pandemic started, Quilla offered production workshops to anyone interested, mainly to women, in order to give them the tools to produce their own music and other people’s music. Quilla believes that women being fluent in the world of music production can allow for women to be respected in this field. Quilla not only provides representation of women in the music industry, but is also providing tools for women, people of color, and queer people to be the new representation in the music industry.

Quilla’s advocacy was not put to a halt when the pandemic started, as she also collaborated with the National Conference for Community and Justice (NCCJ) which fights against racial bias. She put on a virtual performance featuring her electronic compositions and then spoke to participating youth about the importance of artists connecting with their own heritage when pursuing their art, whether that be music, dance, visual art, or poetry. In this panel discussion, she encouraged young artists to create art in their own language in order to connect and share their cultures. Quilla has also worked many times with the Elsewhere Museum, a living art museum in Greensboro, NC. Elsewhere is known for showcasing art of different cultures and empowering minority artists; breaking barriers for female artists, queer artists, and artists of color.

As it becomes safe through the current pandemic, Quilla has started doing one-on-one music production workshops to help women enter the world of producing. Along with re-starting these workshops, Quilla continues to seek out opportunities to share her art and advocacy. More of Quilla’s information can be found on her website, quillamusic.com, as well on Instagram. Quilla’s most recent album can also be found on all streaming platforms including Spotify.