As an ensemble member of Staatstheater Nürnberg in Nuremberg, Germany, Soprano Emily Newton has the opportunity to perform for Europe's opera-loving audiences regularly in some of her favorite roles of her globe-spanning career.

In 2022, the graduate of the A.J. Fletcher Opera Institute (M.M. '03, P.A.C. '05) will make her role debut as Leonora in "Il Trovatore" and returns to the role of the Marschallin in Strauss' "Der Rosenkavalier." She's also making her sixth appearance in Britten's "Peter Grimes" as Ellen Orford — a role she's sung in Vienna, Lisbon, Mannheim, Dortmund and, soon, Nuremberg.

The Texas native grew up immersing herself in music in school bands and at church, but it wasn't until her undergraduate studies that her focus turned to singing and opera. After graduating, she set her sights on UNCSA and the Fletcher Institute to add to her performance experience and knowledge of the craft. 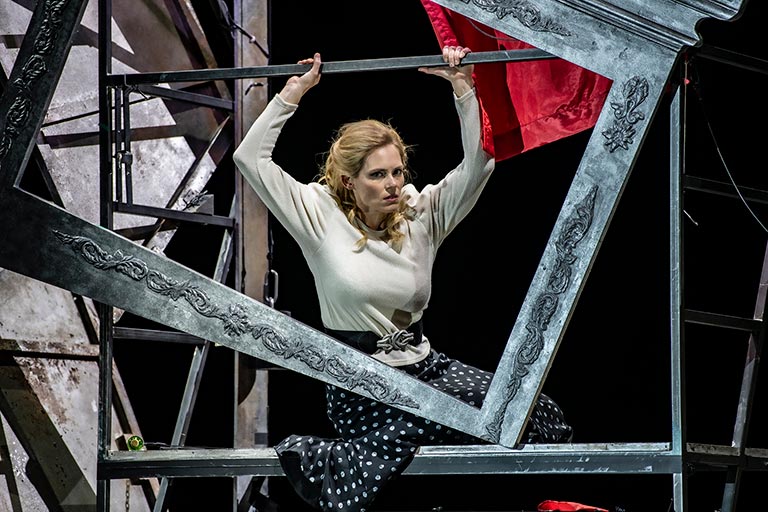 Here, she reflects on her time in the opera program and the ways in which she utilizes the skills she nurtured at UNCSA every day in her professional career as a singer and instructor.

Tell us a little about your background. How did you become interested in opera?

I attended University of North Texas and was studying there as a jazz major. At the time, I was interested in doing music at the Episcopal church where I grew up. The music director was a mentor to me, and I'm still in touch with him. He asked me to sing a responsive psalm and, afterward, he called me and said, "Have you ever considered being a professional singer?" It had never occurred to me.

I went with him to Houston and sang for a voice teacher and she was so positive. I went back to school and decided to take some lessons. It was in those jazz voice lessons that the teacher said, "I think you have a big instrument that could be well suited to opera." And that's where it started.

Why did you choose the Fletcher Institute for your graduate studies?

I had applied to some of the big name schools and had a couple of offers in New York, but what made me choose the Fletcher Opera Institute was the likelihood that I was going to get to perform a lot and sing full-length stage opera roles.

What was really a convincing factor was Steven LaCosse personally calling me to talk about what was great there. For me, the size of the program was ideal... especially for someone without a ton of experience as a singer yet.

It was the best of both worlds. It was a small program, but they brought in guest artists from all over the country. I developed contacts that I was able to maintain when I moved to New York. It was a great combination of a small program with access to the industry at large.

Tell us about your work at Staatstheater Nürnberg.

I started working in Germany in 2013, and have been living here full time since 2014. In the system here, they have fest contracts (which essentially translates to "fixed contracts"), and that means I'm a member of a house — Staatstheater Nürnberg, where I sing several productions per year. The amazing thing is that I have this fixed position and I can still freelance on top of it at other opera houses and concerts. 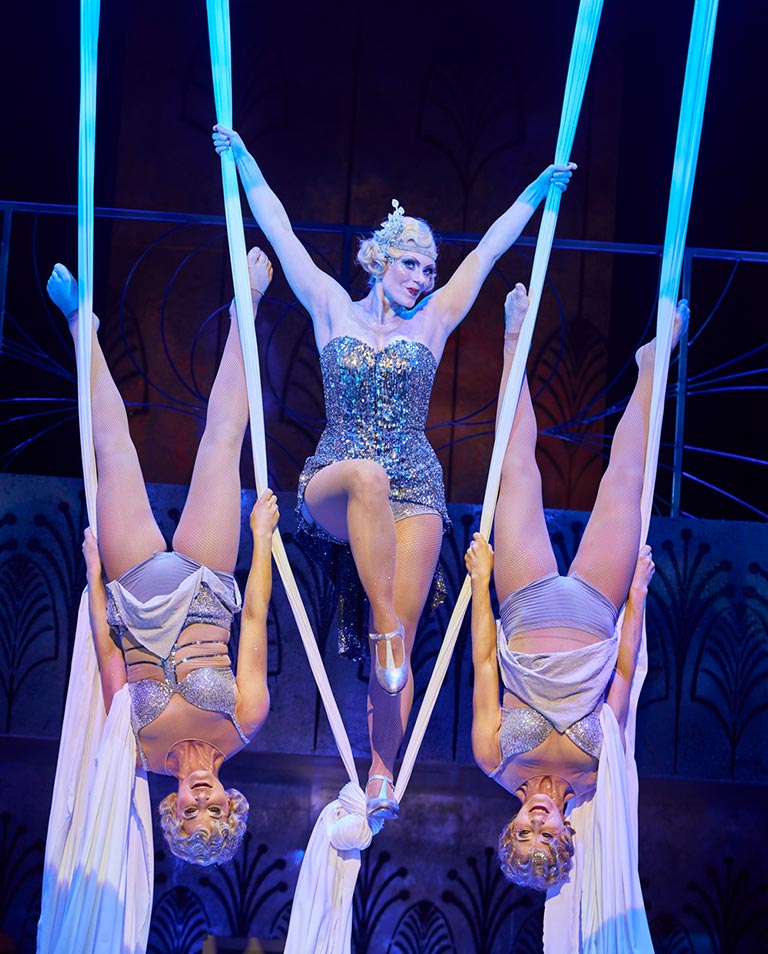 I love how much opera is being done in Europe and, therefore, how many opportunities I have to sing. I've been really fortunate to get some traction and I'm moving into bigger repertoire. My house has really supported me growing into that next phase.

And it has been so exciting to sing in places like Lisbon and Belgrade and Vienna. Every time I add a new city or a new opera house to the list of places I've sung, I still get really excited about it.

What have been some of your favorite roles or performances in your career?

I'm right now in a season where I'm singing two of the favorite opera roles that I've ever sung before. One is the Marchallin in "Der Rosenkavalier." I have sung it before and it is one of the crowning operatic roles in my voice type. The woman that you get to portray is such a real woman; there are so many aspects to her, and she has flaws like normal humans. She's an interesting woman to portray.

In the spring, I'm going to be singing a role that is really, really special to me. This will be my sixth production of the Benjamin Britten opera "Peter Grimes." I'm in the role of Ellen Orford, and this has been the role that I've had the most big house success with. I'm fortunate to be having a season where a couple of highlights are coming around again.

Do you find yourself utilizing the skills you learned at UNCSA? How?

I say this all the time, but I use what I learned at UNCSA all the time in my daily career. Because Fletcher Fellows get so much performance practice, I left school already feeling really confident singing with an orchestra. I knew the rules of professionalism and how to handle myself in the theater. I also had the experience of combining the drama with the music — which is what opera requires.

[At UNCSA] we also had a lot of guests come in for seminars, and those are things that I still use constantly. For example, we studied stage combat with faculty from the School of Drama. A lot of the workshops I conduct now are about movement and creating a character through your physicality — and I am 100 percent stealing from those who taught me through the Fletcher program.

What I find so interesting at UNCSA is that it's an entire campus that's focused on art and creativity, which creates this amazing energy there. ... It was just inspiring.

What I find so interesting at UNCSA is that it's an entire campus that's focused on art and creativity, which creates this amazing energy there. There were so many performances, I remember going to plays and ballets. Every time you're able to see live theater, even if it's not exactly the kind of theater you're making, there's something to learn there. It was just inspiring.

What advice would you give singers who are currently in school or about to enter the professional world?

And you'll get feedback from so many different people that it can be overwhelming and confusing. You have to have a team of ears that you can trust to help guide you. Especially as a singer, you can't hear exactly what other people hear. It's important to decide for yourself whose opinion aligns most closely with yours and who can help guide you.