Alumnus Richard Ollarsaba performs at the Cardiff Singer of the World competition.

Music has always surrounded Richard Ollarsaba (P.A.C. ’12, M.M. Music ’11), and because of that it has shaped him into the world-renowned opera singer that we know and love today.

As a young child, he can remember the sound of music always being present. Though his parents weren’t musicians, they saw the value of the arts and wanted to pass that along to their children. His older sister danced and played the piano and cello, while Ollarsaba began playing the violin at 8 years old. He didn’t start singing until high school.

“As my mother put it, ‘I would very much like you to study music, so pick an instrument.’ By the time I graduated high school, I knew that music was what I wanted to do professionally,” he said. “I had to decide between the violin and voice. For me, that deep rooted passion of what music is, was more easily translatable through singing.”

After graduating from the Cleveland Institute of Music, Ollarsaba found himself making another difficult decision: choosing between The Juilliard School and the UNCSA Fletcher Opera Institute for graduate school. The determining factor for him was the personal approach that Dr. Marilyn Taylor and other faculty members offered him.

“She and I spoke on several occasions prior to my decision and she was very forward with what the school could provide. UNCSA helped me grow and cultivate my craft without the pressure of New York artistic society taking a magnifying glass to the early steps of my career.”

After graduating from UNCSA, the Tempe, Arizona native furthered his education via apprenticeship programs and residencies through different opera companies. He was a member of the prestigious Ryan Opera Center at Lyric Opera of Chicago for three seasons, a grand finalist in the 2013 Metropolitan Opera National Council Auditions, debuted in the title role of “Don Giovanni” with Opera Hong Kong, having previously stepped into the iconic role on hours’ notice for a Lyric Opera of Chicago production, performed the role of Figaro in “Le nozze di Figaro” with Minnesota Opera, performed the role of Escamillo in “Carmen” with multiple opera companies across the USA, and performed with many regional symphony orchestras, the Pittsburgh Symphony Orchestra and St. Paul Chamber Orchestra among them.

Moving to the next level

Ollarsaba recalls that embracing the unknown and going into unfamiliar environments was exciting. That same feeling is what he is trained for when stepping out on stage to perform.

“You know that this is new and you don’t know for sure how it’s going to turn out, but you have the training and preparation to make sure it’s good,” he said.

You know that this is new and you don’t know for sure how it’s going to turn out, but you have the training and preparation to make sure it’s good.

Training and preparation paid off in 2019 when Ollarsaba was tapped to represent the United States in the BBC Cardiff Singer of the World competition. The biannual competition, which began in 1983, weeds through more than 400 applicants from across the world to decide on 20 classically trained singers who’ve endured a rigorous selection process. For Ollarsaba, even though he didn’t win, it was then that he realized he had made it to a successful point in his career. 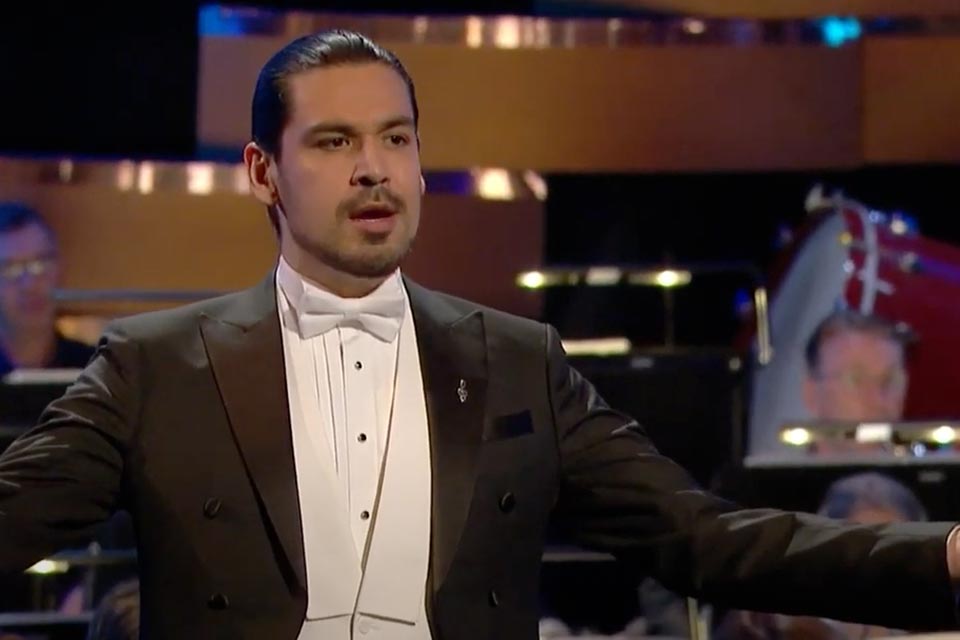 “To be able to participate in such a notable and illustrious competition that has been around for several decades is an honor,” he said. “It was at that moment that I realized I am one of a very small pool of people from the United States who’ve had the honor to participate in this competition, which is essentially the Olympics of singing.”

Currently residing outside of Miami, Ollarsaba would have been in New Zealand during summer 2020 performing in the title role of the nation’s touring production of “Le nozze di Figaro” if it wasn’t for the COVID-19 pandemic.

“A lot of companies are going virtual and a lot of presenters are offering digital content. For me personally, it has provided a good opportunity to press pause and take stock of what I was doing.”

The Lied Society Round Table, a program based out of Minnesota has garnered his attention with its innovative approach of reaching out to its audience at home. “They said ‘well, we can’t present programs anymore so how about we present the artists that we were going to have perform and just chat with them’,” Ollarsaba said. “I’ve been on this particular roundtable several times, and I’m finding a way to really contribute.”

What started as a contribution has become a budding passion, where he is now a co-host on the program. He’s appreciated the chance that this opportunity has given him to get to know fellow artists without the requirement of a working environment.

“Even though I have been in the community for several years, this gives me a chance to talk to people on a personal level. COVID has given us the silver lining of strengthening those relationships within our own community,” Ollarsaba said. “That’s more important than ever for the sustainability of the arts.” 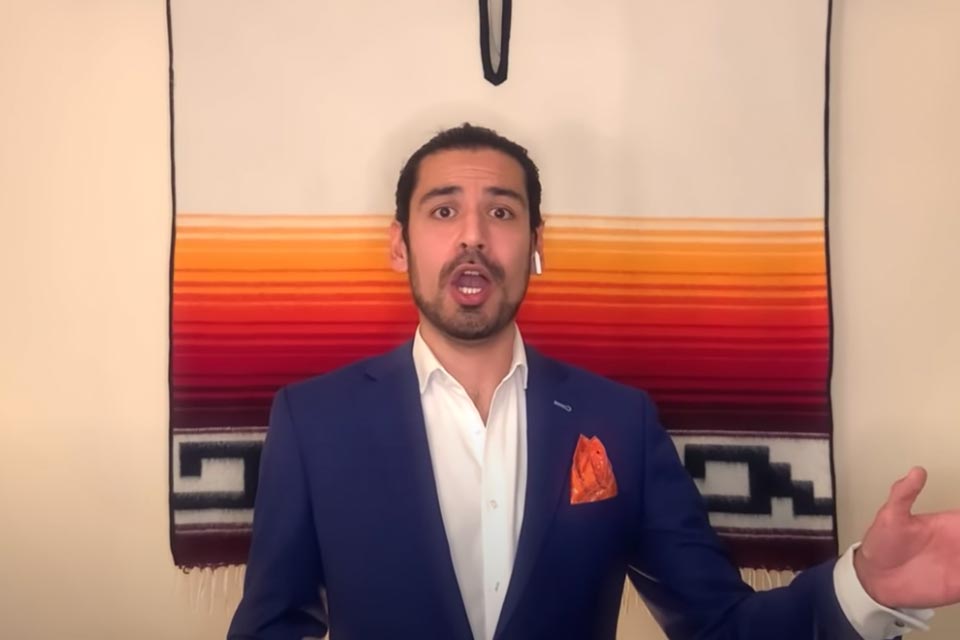 Moving forward, Ollarsaba believes that proceeding with caution and adhering to the guidelines will be essential to the performing arts industry. While restrictions have eased a bit and places have optimized outside spaces where there is good air circulation, companies and artists are just beginning to reschedule shows. “Of course we’re trying to stick to the plan if we can, but be safe as well. We’re just kind of rolling with it,” he said.

For students looking to enter the industry, Ollarsaba said that the best thing they can do for themselves is to stay prepared and to take “the small steps over the big leaps.”

“[Small steps] contribute to the foundation of who you are as an artist and help define what your career will be. If you’re trying to fast track your way along, you might miss an opportunity that otherwise you would have benefitted from,” he said. “The amount of preparation that you put into any given project, at any given performance, is the actual foundation of what you will be able to offer an audience and share with your community.”

[Small steps] contribute to the foundation of who you are as an artist and help define what your career will be. If you’re trying to fast track your way along, you might miss an opportunity that otherwise you would have benefitted from.

For students or recent graduates that may feel a bit discouraged due to the recent world health crisis, Ollarsaba offers a reminder to not let the world’s events dictate your decision to follow your passion.

“Though you see the opera companies and orchestras closed right now, don’t let that change your decision to love this form and want to share it with your community. Just because they can’t present right now doesn’t mean that the arts aren’t alive and that they don’t need a voice. Once we get past all this, the arts will still have a place.”