Where are they now? Since its inception in 2001, alums of the Collaborative Piano studio have followed a variety of career paths, becoming as a group a quality export of UNCSA! Here are a few of their news updates: 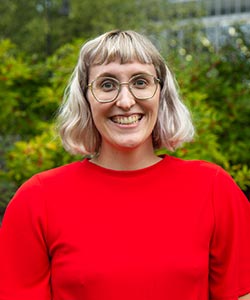 Originally from Seward, Nebraska, Arianna has been a multi-instrumentalist since starting on piano at age 7 and oboe in sixth grade. She received her Bachelor of Arts in Music and International Studies from Iowa State University in 2017 and completed her Master of Music degree in Collaborative Piano at UNCSA in 2021. She is currently completing the Professional Artist Certificate at UNCSA. She has worked as a piano teacher, collaborative pianist, free-lance oboist, music photojournalist and an accompanist for a public middle school in Lincoln, Nebraska. Arianna is passionate about community arts engagement, public education and equal access of music education to all populations of students.

Matthew Booth (M.M. '14) is pursuing a master's degree in mathematics at Virginia Commonwealth University in Richmond, Virginia, after two years of work in Winchester, Va., where he accompanied students at Shenandoah Conservatory, the Musica Viva choral ensemble, and worked as a mathematics tutor and adviser for Hometown Learning Centers. Matthew continues to nurture chamber music development with concerts he curates in and around his native Lynchburg. 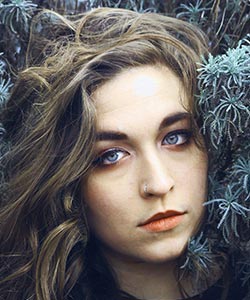 From Richmond, Virginia, Jordyn has been studying music since the age of 5 and completed the Professional Artist Certificate in Collaborative Piano in 2021 under the guidance of Dr. Allison Gagnon. She received her M.M. in Piano at UNCSA, studying with Dr. Dmitri Shteinberg, and her B.M. in Piano Performance at Virginia Commonwealth University, studying with Dr. Yin Zheng. Jordyn believes that performing and educating go hand in hand with clear, effective communication at the heart of both. She taught music privately throughout central Virginia for several years and has continued her teaching career in Winston-Salem. 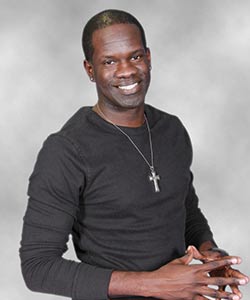 Anthony Felton (M.M. '08) is based in Jacksonville, Florida, and runs a performing arts summer camp called Camp Excellence, which has grown into an after-school program for the arts: Excellence Academy for the Performing and Visual Arts. He continues to be worship leader at his church and is active in his community, playing for district school choirs, acting as musical director for community theater and performing with both vocal and instrumental soloists. 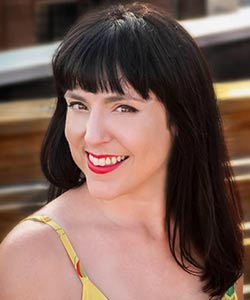 Beth Grimmett-Tankersley (M.M. '15) relocated to Seattle with her husband and began working her way into the regional music scene upon graduation from UNCSA. She is the rehearsal pianist for Tacoma Opera, and on the accompanying staff at the University of Washington. She also works with NOISE (Northwest Opera In Schools, Etc.), an opera outreach program, and teaches piano at North Seattle College. "It's been an awesome and productive couple of years here, and I'm so fortunate to use the skills I developed at UNCSA - they've enabled me to do exactly the kind of work that I want to do!" 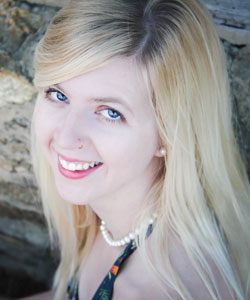 Kelly Hammond (P.A.C. '17, M.M. ’16) is from upstate South Carolina, and continues to play with both instrumental and vocal partners throughout the southeast United States. At UNCSA, she played for the Undergraduate Opera Scenes program, Cantata Singers and Wind Ensemble and Orchestra — including the 2015 Nutcracker performances on celesta. Kelly is a collaborative musician, piano teacher and church keyboardist. She also works as a ballet accompanist at Wake Forest University. Additionally, she created and maintains a website designed to aid in the development and support of working collaborative pianists. Kelly received a B.S. degree in Music in 2011 from Lander University, where she studied with Dr. Anthony Lenti. 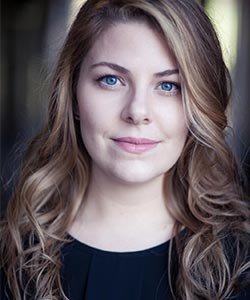 Caroline is a 2021 graduate of the A.J. Fletcher Opera Institute and the Collaborative Piano program with Dr. Allison Gagnon at UNCSA. She has performed as pianist, vocalist and chamber musician across the eastern United States, Italy, Germany and Czech Republic. Caroline received her master’s degree from FSU in 2019. During her undergraduate studies, she received First Place in the Annual Competitive Festival at FSU as a student of the late Dr. Joel Hastings. She has served in various roles with FSU Opera Outreach, Harrower Summer Opera Workshop, the Apalachicola Bay Area Choral Society and Luzerne Music Center, among others. 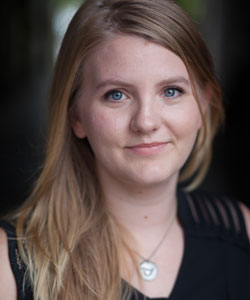 PG received a M.M. in Collaborative Piano from UNCSA. Originally from Ormond Beach, Florida, she has a B.A. degree with a minor in Italian from The Florida State University. At FSU, she collaborated with The University Singers in concert and accompanied their U.S. and European tours in 2012 and 2013.

After graduating, she was music director for the FSU Student Opera Society's production of "A Little Night Music" and Opera Outreach's educational tour of "The Magic Flute." PG has attended the summer opera scenes program Si Parla, Si Canta in Urbania, Italy (2012), SongFest at the Colburn School in Los Angeles (2014), Miami Music Festival's Collaborative Piano Institute (2016) and was a vocal piano fellow at Music Academy of the West in summer 2017. 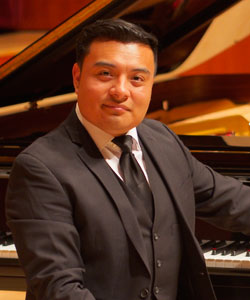 Mexican musician Oscar Hernandez is a classical pianist, collaborative pianist and conductor. His conducting debut was at Wake Forest University in 2010, where he conducted the North Forsyth High School Women's Choir. He served as Apprentice Conductor and Chorus Master for Wingate University’s 2013-14 opera season. 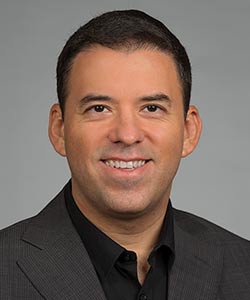 Dr. Hector Landa (P.A.C. '07) is Assistant Professor of Piano at the University of Wisconsin Superior, where he teaches applied piano, piano pedagogy, piano literature, piano ensemble, accompanying and sophomore theory. He previously taught at University of Wisconsin Eau Claire, as well as the University of Lousiana at Lafayette. Following graduation from UNCSA, he earned a Ph.D. in Music Education with Emphasis in Piano Pedagogy from University of Oklahoma. His research interests are the career decision-making process of college music students and the pedagogy of collaborative piano. 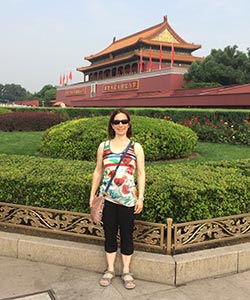 Amelie Langlois (M.M. '03) is the first graduate of the Collaborative Piano program. She lives and works in Ottawa, Ontario, Canada, and since graduation has made a remarkable contribution to the Ottawa music scene as a performing artist, teacher and adjudicator.

She maintains a full private music studio and work as a vocal coach and collaborative pianist at the Centre d'Excellence Artistique De La Salle. She is also the accompanist for le Choeur du Conservatoire in Gatineau, and the pianist for the Viva Choir of the Ottawa Children's Choir. In August 2017, she had the opportunity to travel to China as a music examiner for Conservatory Canada. She traveled to the cities of Beijing, Yuncheng, Jinan, Qingdao, Hefei, Hangzhou and Suzhou to examine Chinese piano students for the United States Music Certification Examination (USMCE) program. 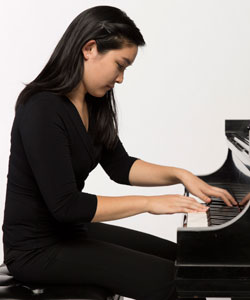 Emma Lin (M.M. '18) is a native of Atlanta, Georgia, and enjoys a colorful career as a chamber musician. She has had the joy of collaborating with many students from all over the nation, and the privilege of working with and having mentoring from Dr. Liza Stepanova, Dr. Delouise Lima and Dr. Allison Gagnon. Her most notable performances include various chamber recitals at the University of Georgia and Brevard Music Festival, as well as master classes with Berlin Philharmonic Concertmaster Noah Bendix-Balgley, pianist and vocal coach Warren Jones, and cellist David Geringas. 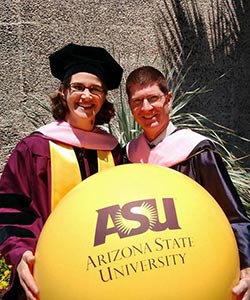 Dr. Jaime Namminga (M.M. '09) is a faculty lecturer in music, faculty pianist and coordinator of the collaborative piano area at Susquehanna University in Selinsgrove, Pennsylvania. She and her husband, Darin, have three children — Sophia, Dakota and Oliver — and reside in Selinsgrove. Following graduation from UNCSA, Jaime was lecturer and staff pianist at Valley City State University for four years before pursuing doctoral work at Arizona State University with Dr. Andrew Campbell, where she completed her D.M.A.

Annah Hyojin Oh (M.M. '13) has been a member of the piano staff at UNCSA since her graduation; before doing graduate work at UNCSA she worked at UNC Chapel Hill. Following her graduation, she attended the Aspen Music Festival and School in Colorado, studying with her teacher’s teacher, Anne Epperson. She now has piano studios in High Point and in Winston-Salem, where she lives with her husband. 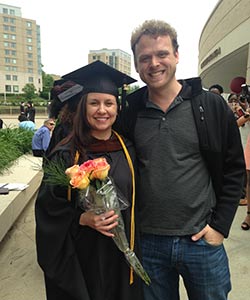 Anne Marie Padelford Robidoux (M.M. '11) graduated from the Master of Arts Management program at Carnegie Mellon University’s Heinz College. Before returning to graduate school, she worked as the staff pianist at Austin Peay State University in Clarksville, Tennessee. During her time in Pittsburgh, Anne Marie served as a church pianist/organist, accompanying in the School of Fine Arts at Carnegie Mellon, and playing for Co-Opera, a CMU opera program producing operas written, composed and performed by students. Anne Marie is married and lives in Montreal, Canada. 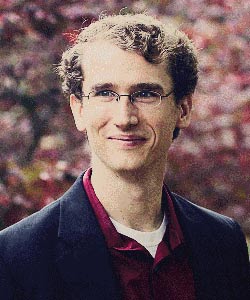 James Rice (M.M. '14) collaborates with students at UNC Chapel Hill, teaches at the Triangle Music School and performs with local professionals in the area. He was an assistant pianist for the Oberlin in Italy summer opera program in 2016. Concerts have included a program of woodwind trios with UNC professors and a string trio concert with the Sun-Stipe-Rice trio, featuring works by Brahms, Beethoven and Debussy. James lives in Carrboro, N.C., with his wife, Davenne, and daughter, Ainara. 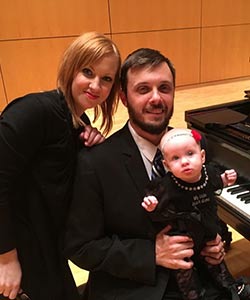 Abigail Payne Sanders (M.M. '10) is a collaborative pianist on staff at Hardin-Simmons University College of Fine Arts in Abilene, Texas. In addition to vocal, instrumental and choral accompanying work, she has served as musical director for the HSU opera department’s production of Menotti’s "The Medium." She was also invited back as a guest artist on Church of the Heavenly Rest Recital Series.

Abigail welcomed her first child, Josephine Elizabeth Elaine, into the world in 2016. It should be noted that Abigail hopes to never again play a Beethoven Sonata for Piano and Violin while experiencing contractions! In Summer 2017, Abigail was invited back for a second year with Red River Lyric Opera. She was pianist and musical director for RRLO Studio Artists’ production of "Beauty and the Beast" by Vittorio Giannini — a founder of UNCSA. 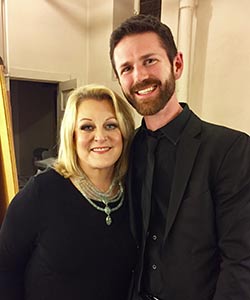 After Colorado, Matthew joined Fort Worth Opera Festival's music staff for the second time, serving as répétiteur for "Carmen," as well as their new works showcase, "Frontiers." Summer 2017 was spent collaborating with UNCSA composer/librettist duo Hurley & Osborne music, directing the NYC premiere of their chamber opera, "The Body Politic," produced Off-Broadway with the NY Music Theatre Festival. Matthew has served as associate conductor for the "17 going on 18" National Tour of "The Sound of Music." 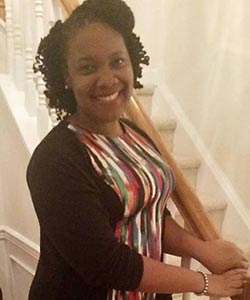 Nia is a native of Charlotte, N.C., and in 2016 she graduated with a M.M. degree in Collaborative Performance from Houghton College with Dr. Sharon Johnson as her piano professor. She received her B.M. in Piano Performance from Salem College in 2014. At Houghton College, Nia was the assistant coach for the Houghton Lyric Theater's production of "Bastien and Bastienna," and was accompanist for the Women's Ensemble and Combined Choirs, the head coach of the "Phantom of the Opera" and performed in many recitals, master classes and concerts.