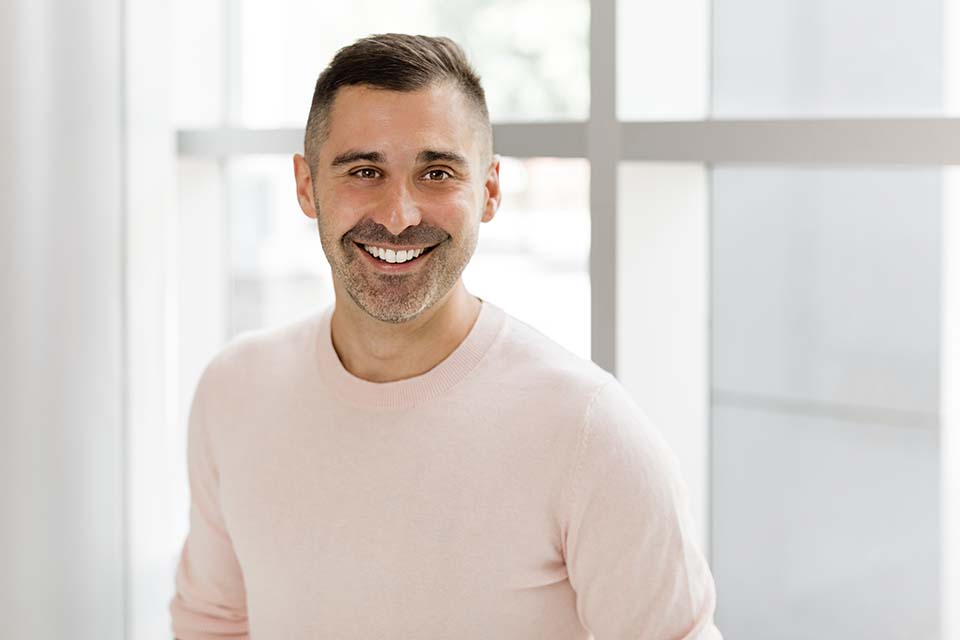 Composer Jared Miller has quickly had a substantial impact on the music world, garnering numerous accolades for his work, including a nomination for Canada’s prized JUNO award. At age 25 he was named Composer in Residence for the Victoria Symphony Orchestra, a position he held for four years.

Miller began studying piano at the age of seven, immediately making up little compositions and notating them, inspired by having seen the film of Peter Shaffer’s play "Amadeus." As time went on, he found himself more interested in composing than practicing piano. When he took a break from piano and composition in eighth grade, “I realized how much I missed it and needed it in my life,” he says. “From the age of 14 onward, it truly became my passion and life's goal to become a professional composer.”

...it truly became my passion and life's goal to become a professional composer

After getting his undergraduate degree at the University of British Columbia majoring in composition while studying piano with Sara Davis Buechner, Miller was accepted into The Juilliard School for graduate studies, where his primary composition teachers were Samuel Adler and John Corigliano. Upon earning his D.M.A., he immediately took on the position of Assistant Professor of Composition and Theory at Dalhousie University in Halifax, Canada.

The music of Jared Miller is characterized by a close attention to color and texture. In his "Luster" for orchestra, a delicate gesture is passed from the flutes and vibes around the ensemble, gathering resonance and reverberation until the entire orchestra is sparkling.  “Oftentimes,” he says, “I imagine how the texture or color of a piece will unfold over its discourse before even writing a note.”

An important influence has been the technique of quotation as found in disparate sources such as the postmodernism of Alfred Schnittke and the sampling common in a lot of pop music. His piano concerto "Shattered Night," written to commemorate the 80th anniversary of Kristallnacht, quotes a central theme from Jewish Prayer services. The aforementioned "Luster," meanwhile, captures some of the layered sonic effects found in electronic dance music.

Miller brings all of these interests, and a lifelong love for teaching, to UNCSA students in private lessons and in the classroom. “I've been incredibly lucky to have had some amazing mentors throughout my life,” he claims, “so I feel it is my responsibility to carry the torch forward and mentor the next generation of composers. I also really appreciate the fact that there is social interaction involved in teaching. I'm a composer but I am also an extrovert and so the many hours of alone time working on a piece can leave me rather exhausted. The human interaction of teaching counteracts this and gives me a welcome boost of energy - especially when the students are as hardworking and talented as the ones I get to work with at UNCSA!”

jaredmillercomposer · Leviathan, for sextet and electronics