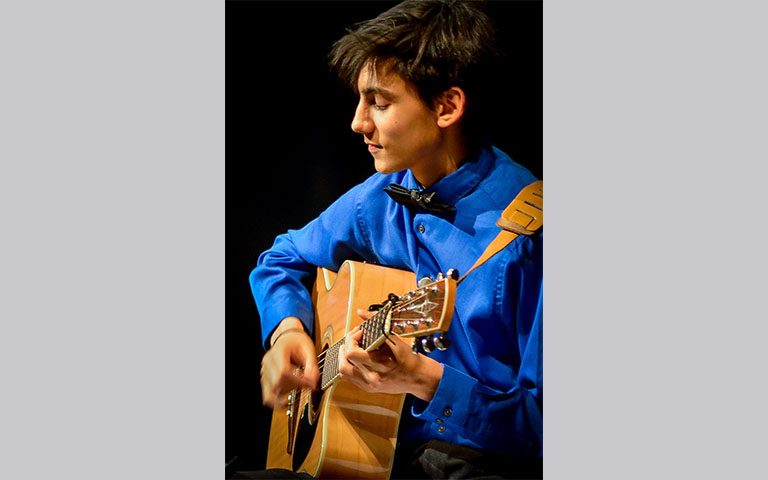 Whether he is composing, playing guitar or singing - or all three at once - Aron Stornaiuolo brings a refined ear for colorful harmonies and geometric melodies to his work.

Aron got started at an early age on guitar, switching from rock to jazz once he began studying with Stan Jacques. Jazz guitar led to arranging, which led to singing, which led to composition. He joined the UNCSA Composition Department for his junior year of high school, in the studio of Lawrence Dillon, and quickly made a name for himself on campus, knocking on practice room doors to ask strangers if he could write music for them.

That first year at UNCSA saw him write dozens of chamber compositions, experimenting with new harmonies and textures, all while playing guitar and piano in the UNCSA Jazz Ensemble. The connections he made knocking on practice room doors led to premieres of a violin duo, a sax quartet, a piece for solo piano a composition for cello and electric guitar and a new work for big band called "A Midnight in Detroit."

Meanwhile, his musical skills were gaining him wide recognition. He participated in the 2020 National YoungArts Week as a jazz vocalist, and "A Midnight in Detroit" won Downbeat Magazine’s first prize for Original Composition: Large Ensemble.

Now a senior, Aron has adjusted to the pandemic with his usual creative flair. After writing a saxophone and piano duo, he has scored some short films, made a combo arrangement of "Poinciana" for the jazz band, composed a string quartet for a recording session with the Reynolda String Quartet and a mixed sextet for a recording session with yMusic. In May, he will premiere a song for two singers and electric guitar, playing and singing alongside faculty artist Phyllis Pancella. Meanwhile, Downbeat is planning to announce another award for him later this spring.

After graduation, Aron will head to the University of Miami on a full scholarship for Jazz Voice. While there, he will no doubt take advantage of every opportunity to continue his guitar playing and composing music that takes surprising and satisfying twists and turns. “I think a big part about having a style,” he says, “is constantly evolving, which is something I hope to do!”

To see a sample of Aron’s work, click on this score image: 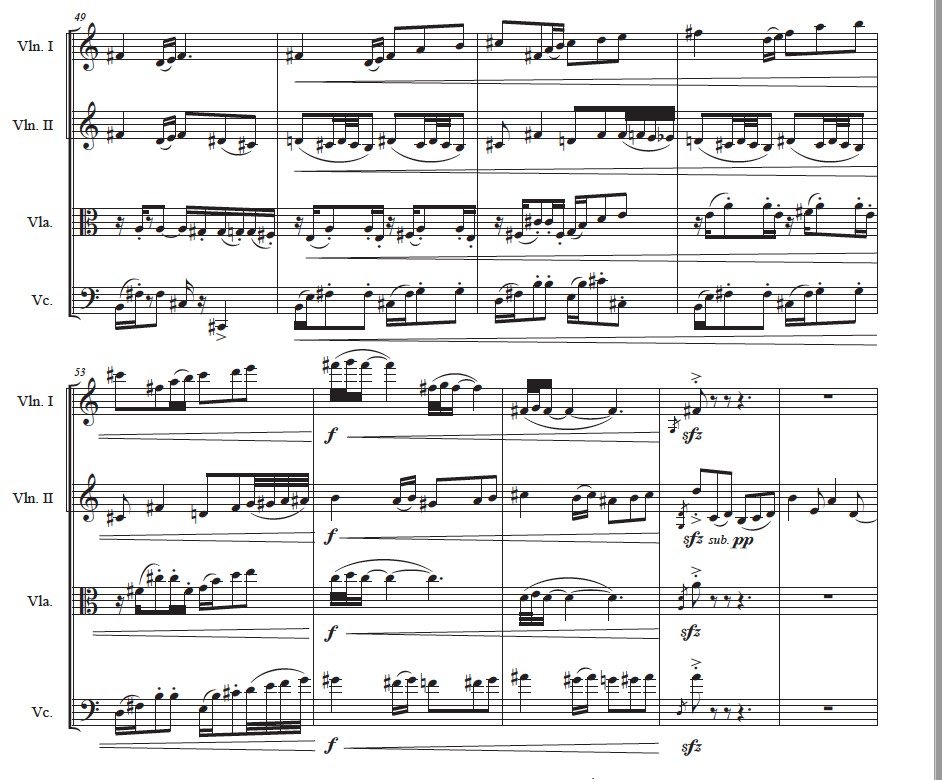 To hear some of his music, check out these links: