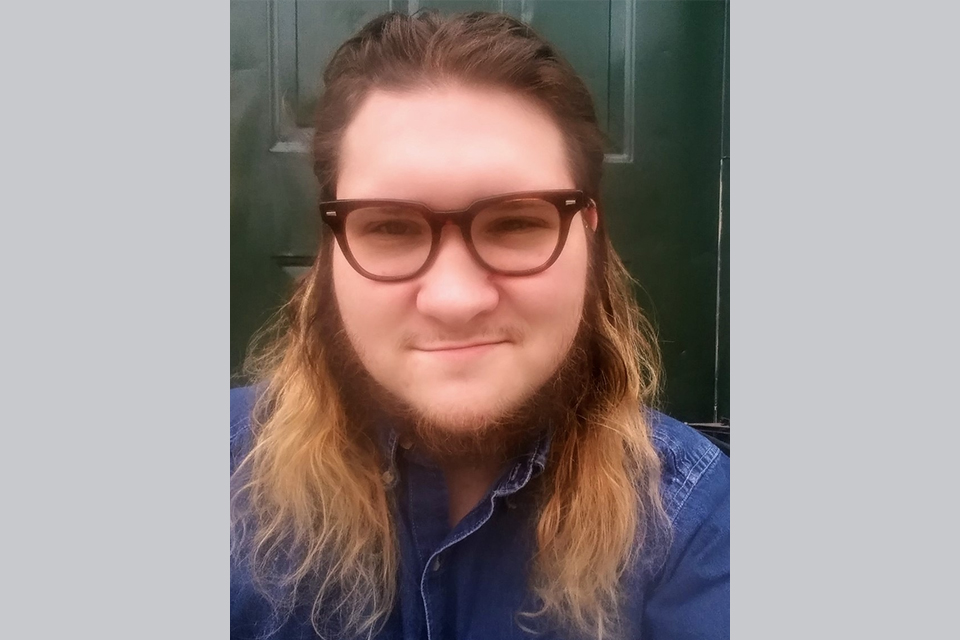 K. C. “Chris” Pyle composes music informed by a wide range of influences, from Gustav Mahler to Balinese Gamelan to Appalachian musical cultures. His work is characterized by the exploration of resonance, folk-like lyricism and complex rhythmic content, often infused with the energy of dance.

Self-taught on guitar, banjo and piano, Chris began playing saxophone in middle school. He became serious about creating original music in his junior year in high school, and began writing for his high school band. His works got him accepted into the UNCSA School of Music, where he has been studying for four years with Lawrence Dillon. In that time, he’s had his music recorded by Eighth Blackbird, the Verona String Quartet and the Akropolis Reed Quintet, as well as garnering performances by the UNCSA Symphony Orchestra, UNCSA Horn Ensemble and Chrysalis Chamber Music.

While pursuing these creative projects, Chris has become deeply invested in Gamelan Giri Murti through a partnership UNCSA has with Wake Forest University, leading to his acceptance to study in a program hosted by one of Bali's foremost ensembles, Gamelan Çudamani. Chris’s work with gamelan has also influenced the above-mentioned compositional interests in resonance and interlocking rhythms.

As if that weren’t enough, Chris devotes a fair share of his time and energy to making and playing banjos in his home workshop. Having grown up in the foothills of the Appalachian Mountains, he finds great inspiration in the musical culture, traditions and landscape of the region. To open his senior recital in May, he will be playing a few of his banjos in some traditional dance music.

Those pursuits feed his compositional activity. The Audubon Society of Forsyth County commissioned Pyle this year to write a chamber piece honoring their 50th anniversary and dedicated to the Wood Thrush, whose annual migration takes it from Belize to local nesting spots. Chris responded with "Journey of the Wood Thrush," a piano trio that was premiered by Chrysalis Chamber Music in March, with a repeat performance scheduled for May. With quotes of Wood Thrush calls, the piece evokes the breadth and beauty of the migration in a way that one Audubon member called, “particularly moving.”

Also, this spring, the Winston Salem Symphony honored Chris with its Young Composer Award for "Dances with Incandescence." Diametrically opposed to the peaceful ambience of "Journey of the Wood Thrush," this orchestra piece is an energetic presto, constantly threatening to careen off the stage.

To see a sample of K.C. Pyle's music, click on the following image: 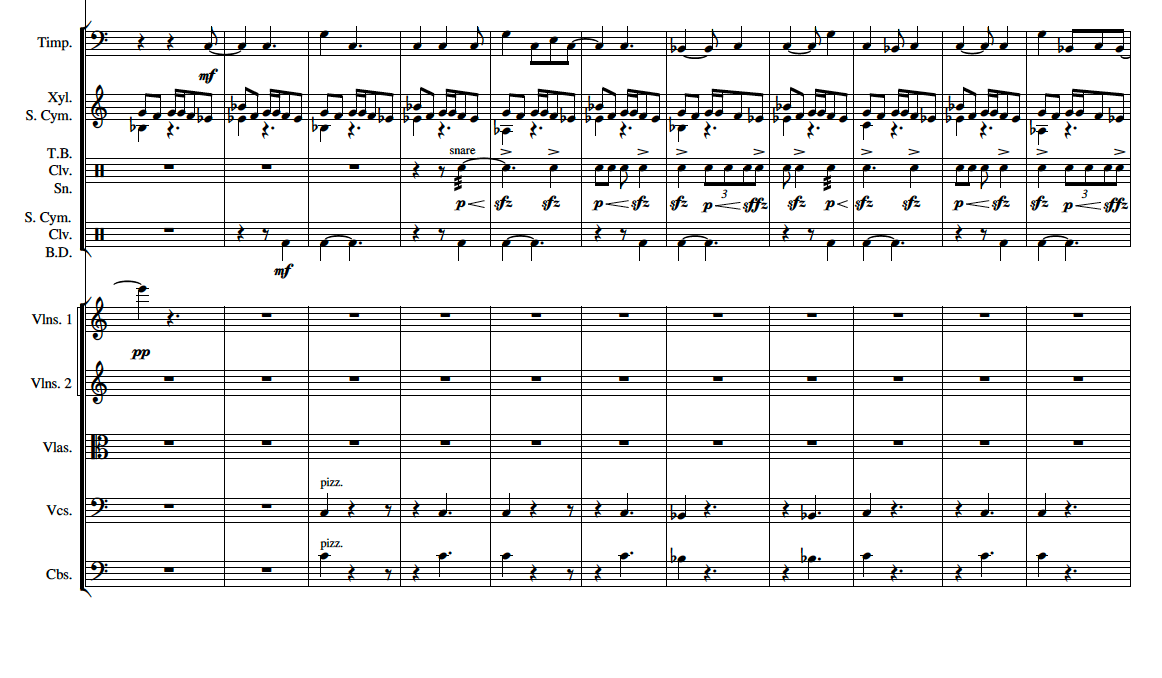 To listen to his work, visit the Soundcloud page: