Sarah Graham Kenan Scholarship is to be awarded to a rising college senior who is a degree-seeking candidate with the following attributes:

The scholarship will cover tuition, fees, room, and board, plus $3,200 stipend for related expenses. 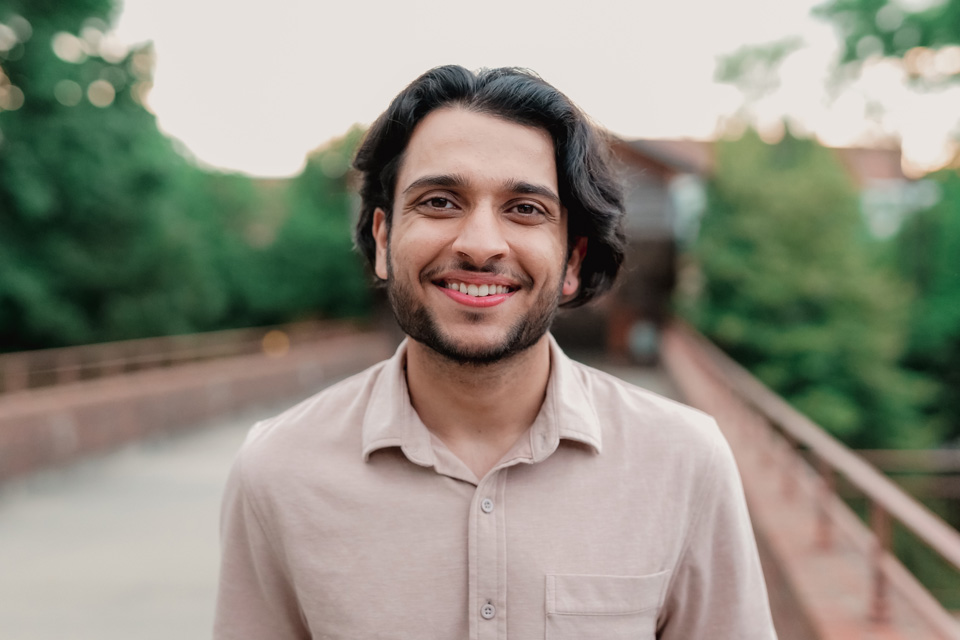 Rohit Lila Ram is originally from Karachi, Pakistan. He started his artistic journey in dance and theater and received a best actor award in high school. As his artistic education advanced, he became more interested in film and visual storytelling, and despite encountering societal barriers, he convinced those in his circle that he can pursue film as a sustainable career.

At 19, Lila Ram flew to the United States alone with two suitcases. Existing in a new country led him to explore, extract and experience different styles of filmmaking, culture, people and new ways of living life.

Lila Ram has worked on about 20 short films in different capacities, mainly as a producer and first assistant director. He has also worked for multiple independent media/film companies. Believing he can grow and explore further by doing multifaceted projects, Lila Ram executive produced UNCSA’s first episodic series, “Masterpiece,” with the graduate school. He also produced an international project with the exchange students from the Film University Babelsberg Konrad Wolf, Germany. In addition to all of his film projects, Lila Ram has served as an executive in the Student Government Association, a student leader in Student Engagement, and a film ambassador for the Admissions department.

This summer, Lila Ram will intern at the Cannes International Film Festival and work on a feature film. Entering his senior year at UNCSA, he plans to craft stories that make the audience feel something different, and he is committed to making films worldwide, promoting diversity, culture and experience.