University of North Carolina School of the Arts (UNCSA) alumnus Paul Tazewell has won a Tony Award. Tazewell, a 1986 graduate of UNCSA’s School of Design and Production (D&P), won for best costume design of a musical for the groundbreaking Hamilton, which won 11 awards of a record 16 nominations.

The Tony Awards were presented Sunday night, June 12, and broadcast on CBS.

The Humans, directed by UNCSA alumnus Joe Mantello, a 1984 graduate of the School of Drama, won four awards including best play. Mantello was nominated for best director for The Humans, which garnered six nominations.

Mantello is also director of Blackbird, which was nominated for three awards, including best revival of a play.

Howell Binkley, a Winston-Salem native and frequent UNCSA guest artist, won for best lighting design of a musical for Hamilton. And behind the scenes, UNCSA alumnus Charles Osborne, a 2012 graduate of the School of Drama, is special assistant to Jeffrey Seller, producer of Hamilton. 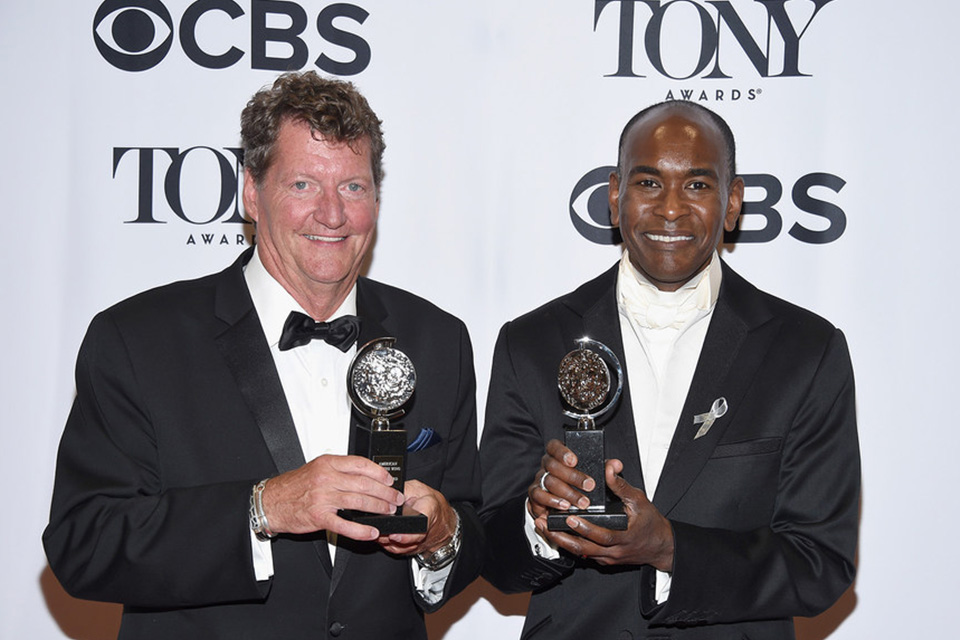 UNCSA alumni have connections to other nominated productions, including: