“The Chamber Music Society is bringing a unique program to campus this time,” said Brian Cole, Dean of the School of Music. “It’s not often that we hear chamber works for clarinet – let alone pieces performed with this caliber of musicianship. Clarinetist David Shifrin will be leading the accomplished CMS ensemble. He is one of only two wind players to win the prestigious Avery Fisher Prize for outstanding achievement and excellence in music, and we’re fortunate to have him performing here in Winston-Salem.” 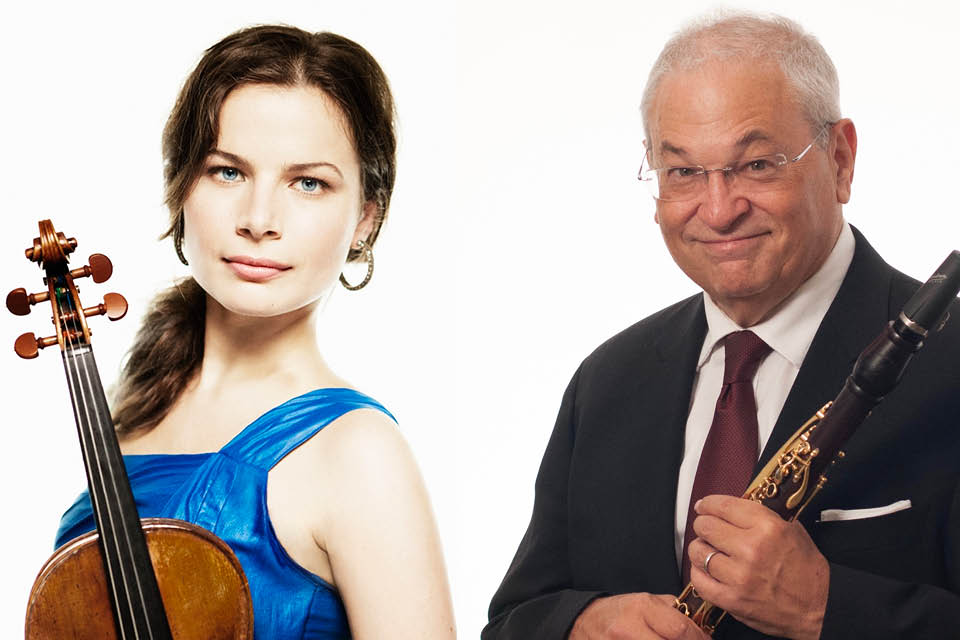 This visit continues a partnership between UNCSA’s Chrysalis Chamber Music Institute and the Chamber Music Society of Lincoln Center. Officially announced in February 2015, the Institute is a unique graduate program dedicated to the development of outstanding chamber musicians. It brings CMS artists to UNCSA for concerts and master classes at least twice a year. Chrysalis Institute students also have the opportunity to participate in CMS master classes at Lincoln Center.

The Chamber Music Society of Lincoln Center is known for the extraordinary quality of its performances, its inspired programming, and for setting the benchmark for chamber music worldwide: No other chamber music organization does more to promote, to educate and to foster a love of and appreciation for the art form. Whether at its home in Alice Tully Hall at Lincoln Center in New York, on leading stages throughout North America, or at prestigious venues in Europe and Asia, CMS brings together the very best international artists from an ever-expanding roster of more than 150 artists per season, to provide audiences with the kind of exhilarating concert experiences that have led to critics calling CMS “an exploding star in the musical firmament” (Wall Street Journal). 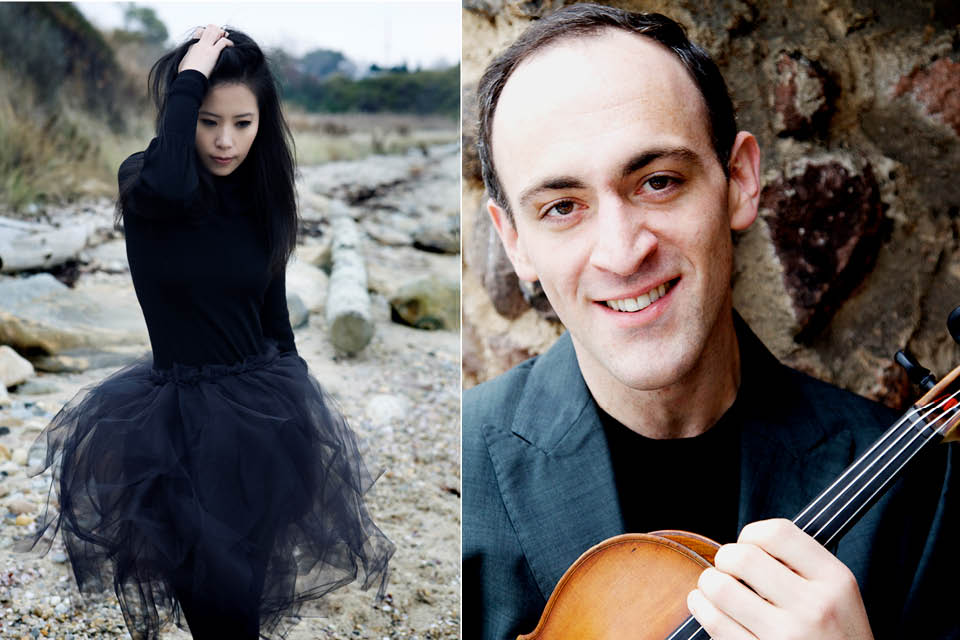 The repertoire for the concert features Bartók’s Contrasts for Violin, Clarinet, and Piano; Shostakovich’s Trio No. 2 in E minor for Piano, Violin, and Cello; and Mozart’s Quintet in A major for Clarinet, Two Violins, Viola, and Cello.

Dmitri Atapine has been described as a cellist with "brilliant technical chops" (Gramophone), whose playing is "highly impressive throughout" (The Strad). He has appeared on some of the world's foremost stages, including Alice Tully Hall at Lincoln Center, Zankel and Weill halls at Carnegie Hall, and the National Auditorium of Spain. An avid chamber musician, he has previously performed with The Chamber Music Society of Lincoln Center, and his frequent festival appearances have included Music@Menlo, La Musica Sarasota, Pacific, Aldeburgh, Aix-en-Provence, Nevada and Cactus Pear, with performances broadcast in Spain, Italy, the U.S., Canada, Mexico and South Korea. His multiple awards include the first prize at the Carlos Prieto Cello Competition, as well as top honors at the Premio Vittorio Gui and Plowman chamber competitions. He has collaborated with such distinguished musicians as Cho-Liang Lin, Paul Neubauer, Ani and Ida Kavafian, Wu Han, Bruno Giuranna and David Shifrin. His recordings – among them a critically acclaimed world premiere of Lowell Liebermann’s complete works for cello and piano – can be found on the Naxos, Albany, MSR, Urtext Digital, BlueGriffin and Bridge record labels. Mr. Atapine holds a doctorate from the Yale School of Music, where he was a student of Aldo Parisot. The artistic director of Ribadesella Chamber Music Festival and the Argenta Concert Series, he is the cello professor at the University of Nevada, Reno and a member of Chamber Music Society Two. 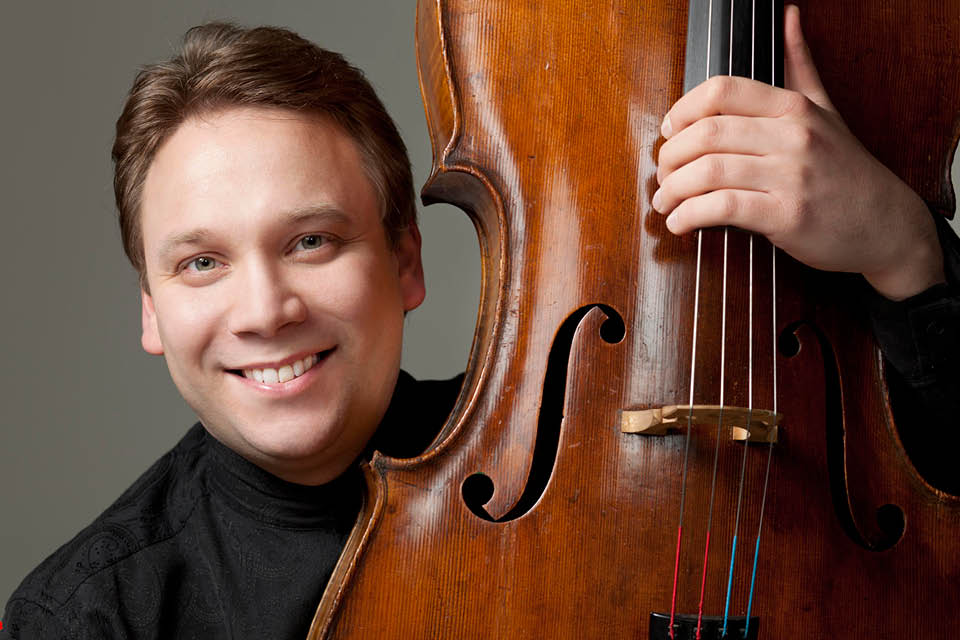 Taiwanese-born pianist Gloria Chien has one of the most diverse musical lives as a noted performer, concert presenter, and educator. She was selected by The Boston Globe as one of its Superior Pianists of the year, "… who appears to excel in everything." She made her orchestral debut at the age of 16 with the Boston Symphony Orchestra under conductor Thomas Dausgaard, and she performed again with the BSO under Keith Lockhart. In recent seasons, she has performed as a recitalist and chamber musician at Alice Tully Hall, the Library of Congress, the Phillips Collection, the Kissingen Sommer festival, the Dresden Chamber Music Festival, and the National Concert Hall in Taiwan. A former member of Chamber Music Society Two, she performs frequently with the Chamber Music Society of Lincoln Center. In 2009, she launched String Theory, a chamber music series at the Hunter Museum of American Art in downtown Chattanooga, which has become one of Tennessee's premier classical music presenters. The following year, she was appointed Director of the Chamber Music Institute at the Music@Menlo festival by Artistic Directors David Finckel and Wu Han. In 2017, she joined her husband, violinist Soovin Kim, as Co-Artistic Director of the Lake Champlain Chamber Music Festival in Burlington, Vt. Ms. Chien received her B.M., M.M., and D.M.A. degrees from the New England Conservatory of Music as a student of Russell Sherman and Wha-Kyung Byun. She holds the position of artist-in-residence at Lee University in Cleveland, Tennessee, and she is a Steinway Artist.

Violist Mark Holloway is a chamber musician sought after in the United States and abroad. He has appeared at prestigious festivals such as Marlboro, Music@Menlo, Ravinia, Caramoor, Banff, Cartagena, Taos, Music from Angel Fire, Mainly Mozart, Alpenglow, Plush, Concordia Chamber Players, and with the Boston Chamber Music Society. Performances have taken him to far-flung places such as Chile and Greenland, and he plays regularly at festivals in France, Musikdorf Ernen in Switzerland, and at the International Musicians Seminar in Prussia Cove, England. Around New York, he has appeared as a guest with the New York Philharmonic, Orpheus and the Metropolitan Opera. He has been principal violist at Tanglewood and of the New York String Orchestra, and has played as guest principal of the American Symphony, Riverside Symphony, Chamber Orchestra of Philadelphia, Camerata Bern and the St. Paul Chamber Orchestra. He has performed at Bargemusic, the 92nd Street Y, the Casals Festival, with the Israeli Chamber Project, Tertulia, Chameleon Arts Ensemble, and on radio and television throughout the Americas and Europe, most recently on a “Live from Lincoln Center” broadcast. Hailed as an “outstanding violist” by American Record Guide, and praised by Zürich's Neue Zürcher Zeitung for his “warmth and intimacy,” he has recorded for the Marlboro Recording Society, CMS Live, Music@Menlo LIVE, Naxos, and Albany labels. A former member of Chamber Music Society Two, Mr. Holloway was a student of Michael Tree at the Curtis Institute of Music and received his bachelor’s degree from Boston University.

Celebrated for her passionate, powerful performances, beautiful sound, and compelling command of her instrument, violinist Bella Hristova is a young musician with a growing international career. Her 2016-17 season features extensive concerto, recital and chamber music performances in the United States and abroad, including performances of a concerto written for her by her husband David Ludwig – a work commissioned by a consortium of eight major orchestras across the U.S. Winner of a 2013 Avery Fisher Career Grant, she is the recipient of first prizes in the 2009 Young Concert Artists International Auditions and the 2007 Michael Hill International Violin Competition in New Zealand, and was laureate of the 2006 International Violin Competition of Indianapolis. She has had numerous solo appearances with orchestras including a performance alongside Pinchas Zukerman and the Orchestra of St. Luke’s at Lincoln Center, and with the New York String Orchestra under Jaime Laredo at Carnegie Hall. A sought-after chamber musician, she has been a featured performer at Australia’s Musica Viva, Music@Menlo, Music from Angel Fire, Chamber Music Northwest, the Santa Fe Chamber Music Festival, and Marlboro Music. Her recent projects include her recording Bella Unaccompanied (A.W. Tonegold Records) and a commission of Second String Force by American composer Joan Tower. A former member of Chamber Music Society Two, Ms. Hristova attended the Curtis Institute of Music, where she worked with Ida Kavafian and Steven Tenenbom, and received her artist diploma with Jaime Laredo at Indiana University. She plays a 1655 Nicolò Amati violin.

A Yale University faculty member since 1987, clarinetist David Shifrin is artistic director of Yale's Chamber Music Society series and Yale in New York, a concert series at Carnegie Hall. He has performed with the Chamber Music Society since 1982 and served as its artistic director from 1992 to 2004, inaugurating the Chamber Music Society Two program and the annual Brandenburg Concerto concerts. He continues as artistic director of Chamber Music Northwest in Portland, Ore., a post he has held since 1981. He has collaborated with the Guarneri, Tokyo and Emerson quartets, and frequently performs with pianist André Watts. Winner of the Avery Fisher Prize, he is also the recipient of a Solo Recitalist Fellowship from the National Endowment for the Arts. A top prize winner in competitions throughout the world, including Munich, Geneva and San Francisco, he has held principal clarinet positions in The Cleveland Orchestra and the American Symphony under Leopold Stokowski. His recordings have received three Grammy nominations and his performance of Mozart's Clarinet Concerto with the Mostly Mozart Festival Orchestra was named Record of the Year by Stereo Review. He has also released two CDs of Lalo Schifrin's compositions, one of which was nominated for a Latin Grammy. New Delos recording releases in 2017 will include Carl Nielsen's clarinet concert in a chamber version by Rene Orth and a volume of quintets for clarinet and strings with the Miró, Dover and Jasper quartets of music by Peter Schickele, Richard Danielpour and Aaron J. Kernis. 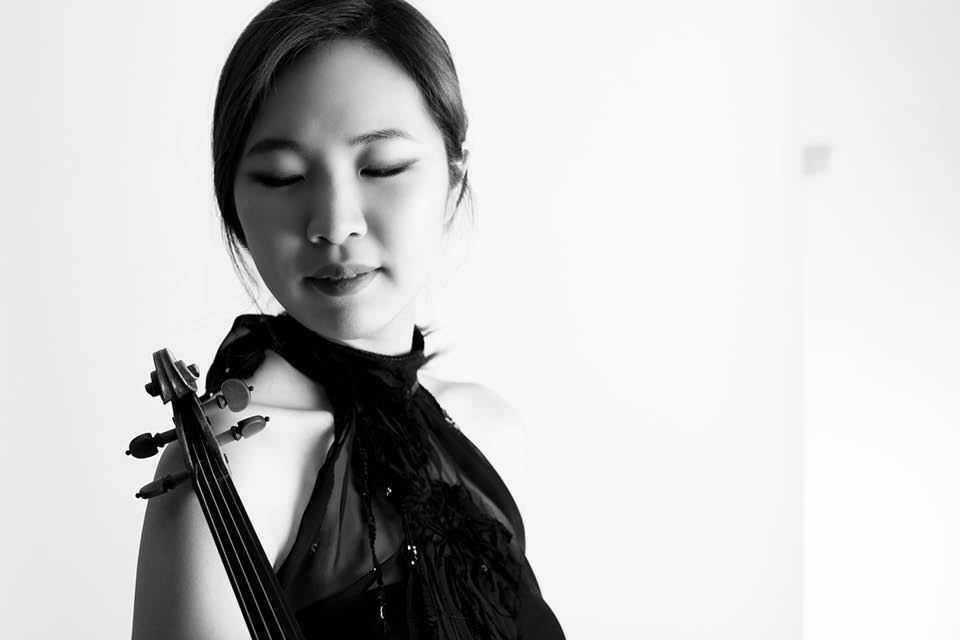 Violinist Danbi Um has appeared as soloist with the Israel Symphony, Vermont Symphony, Herzliya Chamber Symphony, Auckland Philharmonic, and Dartmouth Symphony, and in venues such as the Kennedy Center, Perelman Theater at Kimmel Center, the Isabella Stewart Gardner Museum, Kumho Arts Hall, the Tel Aviv Museum of Art, and the Bennett Gordon Hall of the Ravinia Festival. She is a winner of Astral Artists' 2015 National Auditions, and is a member of Chamber Music Society Two of Lincoln Center. With CMS, she has performed at the Saratoga Performance Arts Center, Alice Tully Hall, Harris Theater and St. Cecilia Music Center. An avid chamber musician, she has made appearances at Marlboro, Ravinia, Music@Menlo, Yellow Barn, Prussia Cove, Caramoor, Moab and North Shore Chamber Music Festival. She tours frequently with Musicians from Marlboro and has played with the Jupiter Chamber Players and Omega Ensemble. She received second prize in the Young Artists Division of the Menuhin International Violin Competition, and third prize at the Michael Hill International Violin Competition. At age ten she was admitted to the Curtis Institute of Music, where she graduated with a bachelor's degree. She also holds an Artist Diploma from Indiana University. Her teachers include Shmuel Ashkenasi, Joseph Silverstein, Jaime Laredo, and Hagai Shaham. She plays on a 1683 "ex-Petschek" Nicolo Amati violin, on loan from a private collection.