Crew members of "Shades," the fourth-year film written and directed by Dri Sommers.

Dri Sommer has spent her career as a student in the School of Filmmaking making the most of her education. From building a family with her fellow cinematography students to spearheading a unique dual-perspective fourth-year film, “Shades,” she has embraced all of the challenges and experiences that come along with film school.

The director and cinematographer is headed for the commencement stage this Saturday and then to Los Angeles and a job on the cutting edge — with the virtual reality production company Here Be Dragons. Here’s what she had to say about her time at UNCSA and what’s next:

Tell us what you’ll be doing after graduation. How did you find this opportunity?

I will be joining Chris Milk’s Virtual Reality production company in Los Angeles called Here Be Dragons. Two years ago, I made a fortuitous phone call and joined the team as an intern over the summer. I have been working in their camera department ever since. Dragons is a young and innovative company and it’s very exciting to be around that kind of environment everyday.

What’s your favorite film or project that you were a part of at UNCSA? Why?

My fourth year thesis film, “Shades,” was my favorite project at the school. We used to call it the “crazy train” when we started pre-production and that could not be truer. The project was a huge challenge because we were working with modified technology that had not been explored before to create a dual-perspective film experience. It required an immense amount of creativity, compromise and sleepless nights from every key crew member. But at the end of the day, despite the technological aspect of “Shades,” it is still a small love story about two strangers getting to know each other and I’m very proud it. None of it would’ve happened without the incredible team I had the pleasure of working with. 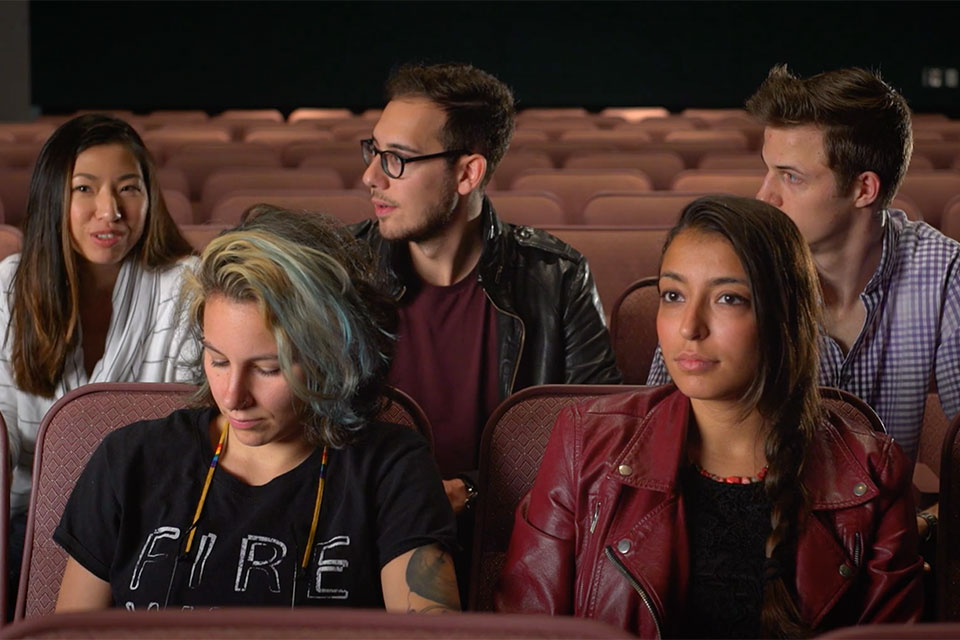 What other films and projects did you work on as a student at UNCSA?

Being a part of the cinematography program, I was able to work on over 30 of my peers’ films in several different positions including camera and lighting. Crewing on projects is amazing because you learn so much and it’s super important in the first two years because it allows you to become familiar with every job on set. Also, you really become friends with your crew when you spend 12 hours a day with them. Cinematography is family.

Tell us something you wish someone had told you when you were a new student at UNCSA.

Your education is in your hands. It goes beyond the classroom so shape it however you want: audit classes in different disciplines, meet with your faculty, share your work and learn to accept criticism, collaborate with the other art schools, read books, go travel, intern during the summers, make movies on weeknights, go to museums or art galleries and experience the world to the fullest. It is up to you to create your own path and don’t let anyone ever discourage from learning as much as possible while you are here.

Oh, there are plenty of people I’d like to thank at UNCSA. But as this year comes to a close, my directing mentor, Eric Eason, is the first one that comes to mind. He joined the department at the beginning of my third year and has been an inspiration to my peers and I since our first day of class. He cares deeply about getting to know his students and is dedicated to making sure we are always working towards our dreams. Every single week, he pushes us to “make stuff” because it’s so important at this point in our creative development as filmmakers to be constantly practicing our craft. Eric also compiles great reading lists and is the reason I started voraciously reading again.

Live the full life of the mind, exhilarated by new ideas, intoxicated by the romance of the unusual.

This quote is actually the background of my laptop. I’m a firm believer that curiosity – about anything and everything – is one of the keys to living a rich and fulfilling life. More often than not, we get sucked into mundane routines that can make the months and years feel like a blur, but this quote always reminds me to fill every day with things worth remembering.