Acting Out’s first public production and UNCSA’s first all-kids production, "The 25th Annual Putnam County Spelling Bee" will be presented at 7:30 p.m. on Friday and Saturday, June 2 and 3, and at 2 p.m. Saturday and Sunday, June 3 and 4 in Agnes de Mille Theatre on the UNCSA campus at 1533 South Main Street in Winston-Salem. Tickets are $11.50 and can be purchased from the UNCSA box office by calling 336-721-1945 or online: 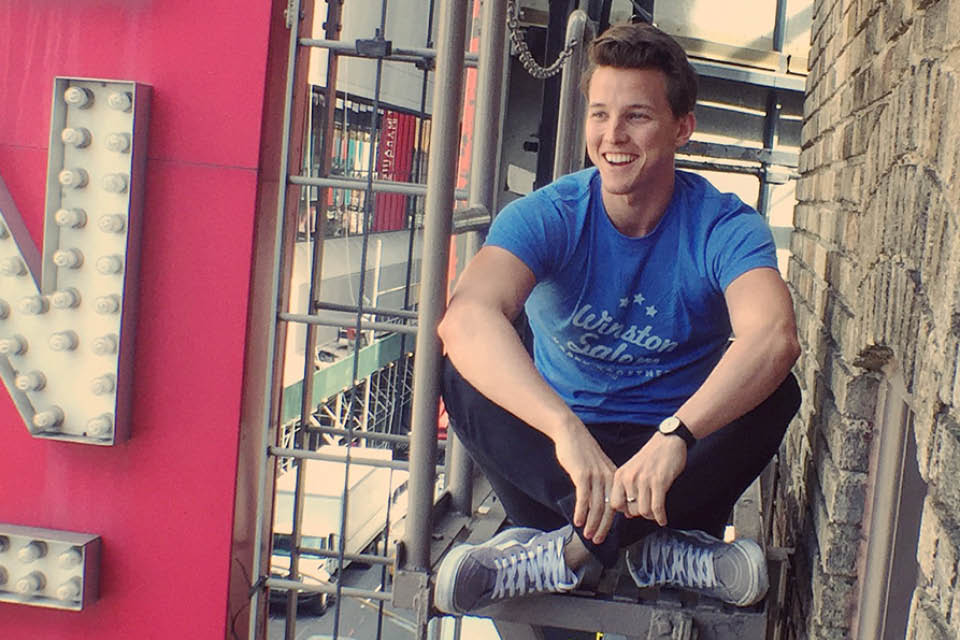 Winston-Salem native and UNCSA alumnus Dave Thomas Brown is among the celebrity spellers.

Composed by William Finn, "The 25th Annual Putnam County Spelling Bee" is set in the fictional Putnam Valley Middle School. The story involves a quirky group of sixth-graders who are vying for the spelling championship. While candidly disclosing hilarious and touching stories about their home lives, the tweens spell their way through a series of (potentially made-up) words, hoping never to hear the soul-crushing, pout-inducing, life un-affirming “ding” of the bell that signals a spelling mistake.

For each performance, four audience members – some of them celebrities – will be invited on stage to compete in the spelling bee alongside the main characters. “We chose local celebrities to highlight the connection UNCSA and Acting Out have with the community,” said Janine Hawley, director of Acting Out and associate professor of voice in the School of Drama. “The participants are called to the stage much like a ‘come on down!' moment,” she explained. 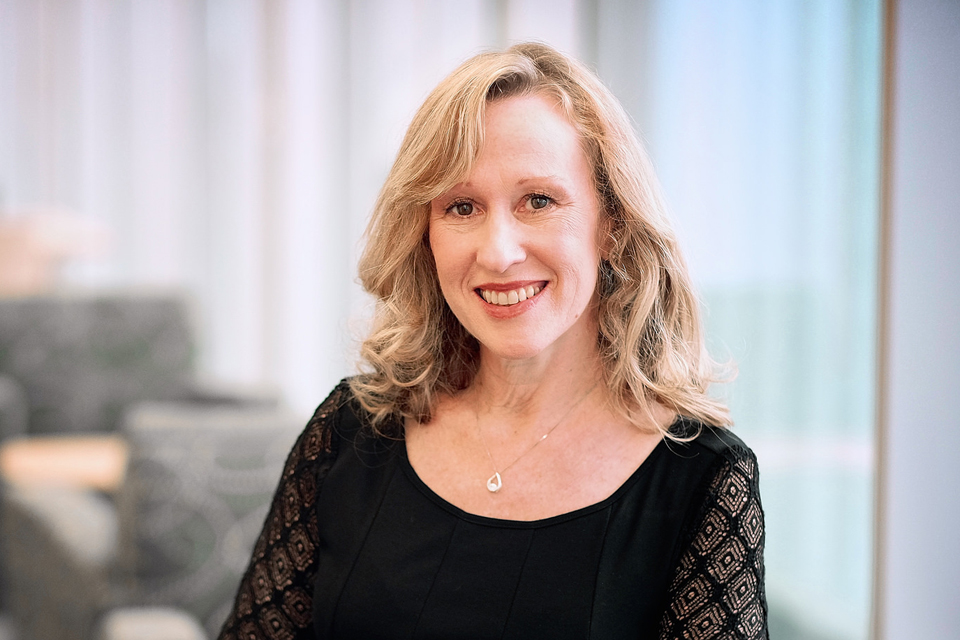 “We chose local celebrities to highlight the connection UNCSA and Acting Out have with the community. The participants are called to the stage much like a ‘come on down!' moment." — Janine Hawley

“Some words will be crazy difficult and others very easy but the distribution of words is decided onstage by the character of Rona (played by Davie High School sophomore Katie Hines) so the spontaneity makes for a riotous ride,” Hawley added.

Joines, Ford, Pope and English will appear as celebrity spellers on opening night, Friday, June 2. Brown will appear during a Saturday, June 3 performance to be determined.

The humorous and heartwarming story has delighted audiences since it was first performed on Broadway in 2005, winning two Tony Awards. 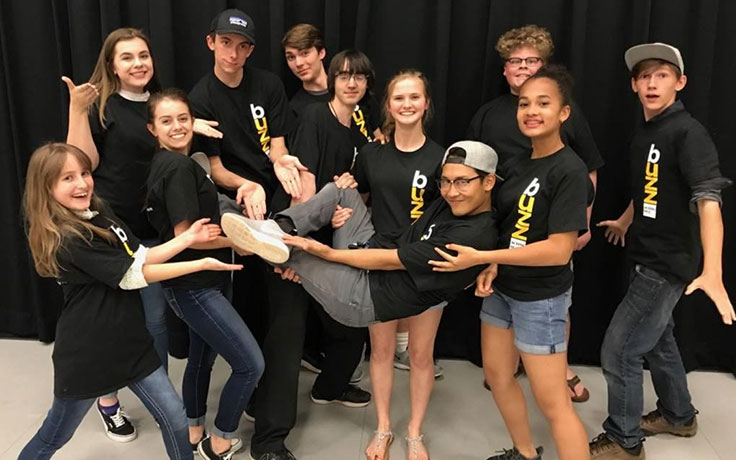 The cast of "The 25th Annual Putnam County Spelling Bee," presented by UNCSA's Acting Out program.

"The 25th Annual Putnam County Spelling Bee" is cast from middle school and high school students in Acting Out classes, with UNCSA alumni serving on the creative team. “This musical is a terrific vehicle for showcasing many aspects of what the students have been learning, and for bringing together community icons to celebrate their work,” Hawley said.

Now in its third year, Acting Out offers classes in acting, musical theatre, tap and musical theatre/jazz dance, as well as private voice instruction, to students in grades 1-12. Instructors include world-class faculty members and alumni of the top-ranked UNCSA School of Drama.

About the celebrity spellers

Dave Thomas Brown
Dave Thomas Brown, who graduated from the School of Drama in 2010, is the brother of Meredith Brown, who appears in "Putnam County Spelling Bee" as Olive Ostrovsky. He appeared in the 2016 Broadway production of "American Psycho," which was nominated for two Tony Awards and eight Drama Desk Awards. His off-Broadway performance in "The Legend of Georgia Brown" was called “delightful” by The New York Times. Brown also appeared in NBC’s "Chicago PD" in 2014.

Allen Joines
The longest-serving mayor in city history, Allen Joines was first elected in 2001. He was voted one of the “most influential” people in the Triad for 2006 through 2015. In 2013, the Winston-Salem Journal named him one of the 50 individuals who helped shape Winston-Salem in its first 100 years.

David Ford
David Ford has been a host and producer for Winston-Salem’s public radio station WFDD since 2009. He began his career in radio broadcasting in Austin, Texas, where he produced and hosted hundreds of programs. Three of them ("Mind Your Music," "The Basics" and "T.G.I.F. Thank Goodness It’s Familiar") won international awards in the Fine Arts Radio Competition. Prior to his radio career he performed as a principal clarinetist in orchestras throughout the interior of Mexico.

Lanie Pope
Lanie Pope joined the WXII 12 team as chief meteorologist in 2001. A native of Greenville, S.C., she started her career at WPDE in Florence, S.C., and then went to work at WCNC and WSOC in Charlotte, and WLKY in Louisville. She has been honored with several awards throughout her career, including a regional Emmy for the coverage of Hurricane Bonnie in 1999; three North Carolina Associated Press awards for tornado coverage for 1998, 1999, and 2000; and a Regional Television Digital News Association award for her coverage of Hurricane Floyd.