Charles Taft and his late wife, Lamar Taft, are the recipients of the 2017 Giannini Society Award, one of the most prestigious honors bestowed by the University of North Carolina School of the Arts. The award was presented during University Commencement on May 6 in the Stevens Center.

The Giannini Society was established in 1989 and was named in honor of Vittorio Giannini, a founder and the first president of the School of the Arts. It is a group of dedicated ambassadors who seek to provide support for the training of UNCSA students. 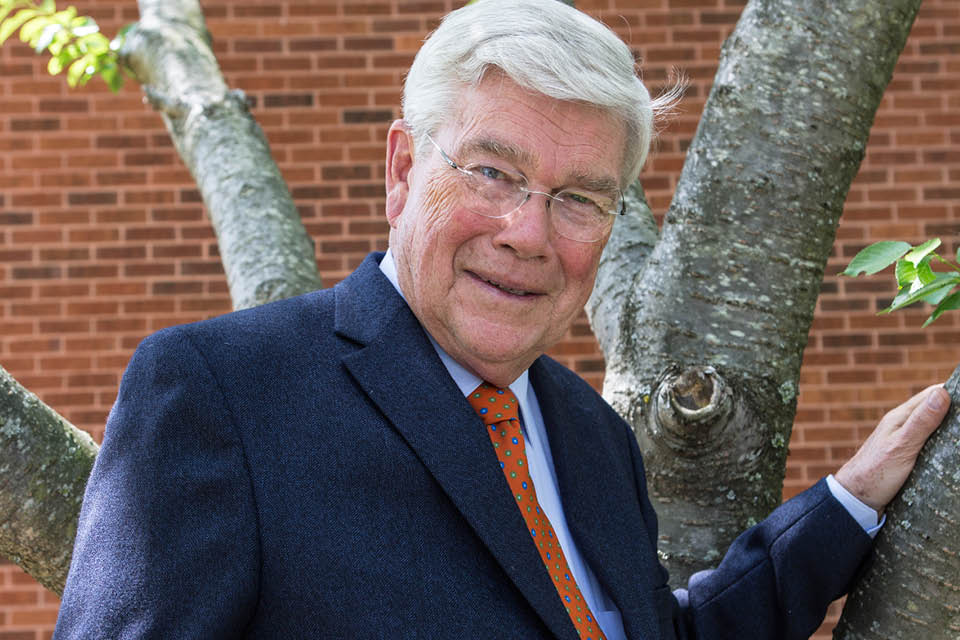 In 2002, the Tafts created the Charles and Lamar Taft Scholarship Endowment fund to provide scholarship support at UNCSA. Last year, Charles Taft provided the initial funding for the Giannini Society Memorial Endowed Scholarship, which will support students and honor the memory of vital members of the Giannini Society who have passed away, including Lamar, who lost a courageous battle to pancreatic cancer in 2015. The Tafts were married for 50 years.

“The Giannini Society Memorial Endowed Scholarship is profoundly meaningful to us, not only because of the deserving young artists that it will support, but also because of those it honors,” said Chancellor Lindsay Bierman. “We cherish our memories of great friends and advocates like Lamar Taft, and we’re grateful to Charles Taft for his continued friendship and support.”

Vice Chancellor for Advancement Edward Lewis said the Tafts have been among UNCSA’s most loyal supporters for nearly two decades. “We are very proud to hold an endowment in their names, and we are very thankful for the new memorial endowment that Charles has created,” he said. “Their generosity will impact generations of emerging artists who come to study at UNCSA.”

Lamar and Charles Taft both grew up in eastern North Carolina and became college sweethearts as undergrads at Duke University. Lamar taught in Durham public schools while Charles went on to complete medical school at Duke. In 1976, the couple moved to Winston-Salem where Charles established his medical practice and the two of them planted roots for their own family of three children and now six grandchildren.

Lamar Taft was a lifelong learner with a wide range of interests. Outside of supporting the arts, her community involvement included serving as a member of the Vestry and various other committees at St. Paul’s Episcopal Church as well as being a member of the Junior League of Winston-Salem.

In 1986 they purchased and restored a Moravian farmstead dating back to the 1840s, sparking an interest in conservation and the preservation of historic lands, buildings, endangered plants and endangered breeds of farm animals. They spent 12 consecutive years on the N.C. Botanical Garden board in Chapel Hill. Lamar spent six years as a board member of the Piedmont Land Conservancy, and Charles also served six years on the board of the Livestock Conservancy. In 2005, they moved to that same historic Stauber Farm outside of Bethania.

Make a gift to support the artists and creative innovators of the future.