UNCSA documentary on Berlin exchange program will air on UNC-TV

“Berlin and Back Again,” a nine-minute film documenting an exchange program between the School of Filmmaking at the University of North Carolina School of the Arts and Germany’s Filmuniversität Babelsberg Konrad Wolf, will be aired next week on two channels of UNC-TV, the state’s public television network. 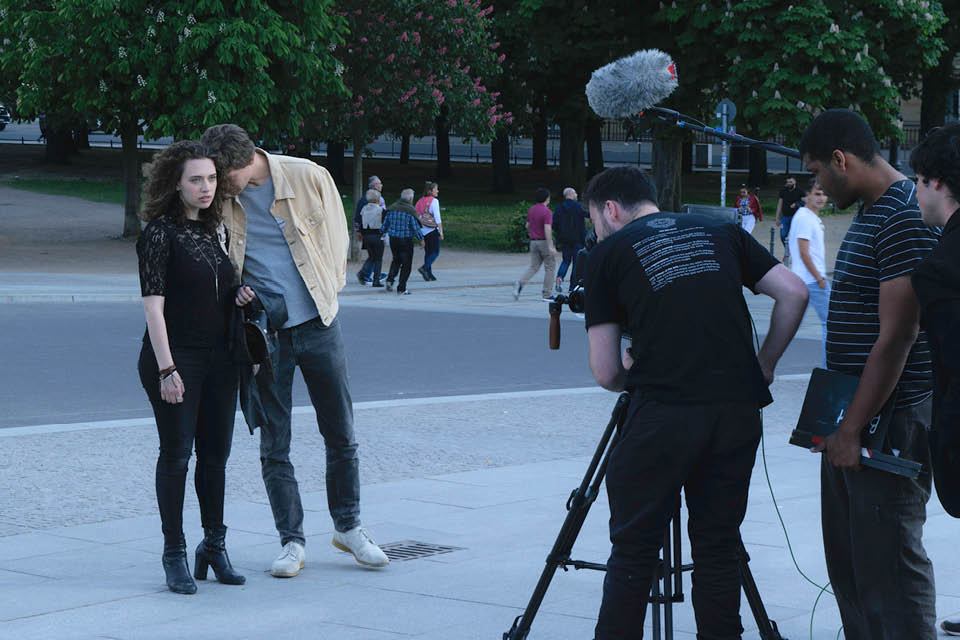 “Berlin and Back Again” was produced by third-year students in UNCSA’s School of Filmmaking as a behind-the-scenes documentary of the inaugural international exchange program. In February 2017, students from the school located just outside Berlin traveled to Winston-Salem to film their project, “Somewhere Home.” Then, in May, 13 UNCSA students traveled to Berlin to film their project, “Cassiopeia.”

Between the film shoots, the American and German students collaborated on production aspects such as locations, casting, and scheduling, and logistics such as housing and transportation. Each school provided crew members, equipment and production support for the other school’s project.

“The success of the exchange has led us to make this a yearly trip offered to our third-year students wishing to participate,” he added. “We are expecting two teams of Konrad Wolf students this time around in February and we will be sending two teams over to Berlin in May.”

UNCSA students who participated in the program recorded behind-the-scenes footage and interviews with both their American classmates and German peers. Students who collaborated on the documentary include Shamus Sass of The Villages, Fla.; Jack Layer of Cary; Abe Bengio of Quebec, Canada; and Kevin Cutrara of Charlottte.