For dancers aged 12 to 19, the Broadway Commercial Dance Lab includes classes in ballet, musical theater, singing, acting, Fosse-style and precision jazz, hip hop and current Broadway repertory. It will also explore business aspects of the Broadway dance world, offering workshops with agents, choreographers and performers who are actively engaged in the field.

Summer Dance Professional Studies, the second new offering by the School of Dance, is a one-week immersive lab for professional dancers to renew and refresh their skills.  Bell and Quijada will offer classes in the styles and repertory of the most sought-after choreographers working in the field today. Admission is by audition only.

Cat Miller, director of the Summer Dance Program, said Parkinson, Bell and Quijada are tremendous assets for UNCSA with much to offer dancers on each end of the professional spectrum. “We’ve built a robust program of summer intensives for students of classical ballet and contemporary dance. The Broadway Commercial Dance Lab offers a new and complementary set of skills to emerging artists, and our Professional Studies Intensive offers career development for dance practitioners.”

Dean of Dance Susan Jaffe said the Broadway dance lab is a perfect complement to UNCSA’s existing summer intensives in classical ballet and contemporary dance. “More and more, the lines are blurred between dance genres,” she said. “It is of tremendous benefit for young dancers to have training in multiple styles. We’re excited to offer conservatory-calibre training by Elizabeth Parkinson, one of America’s most accomplished dancers and dance educators.” 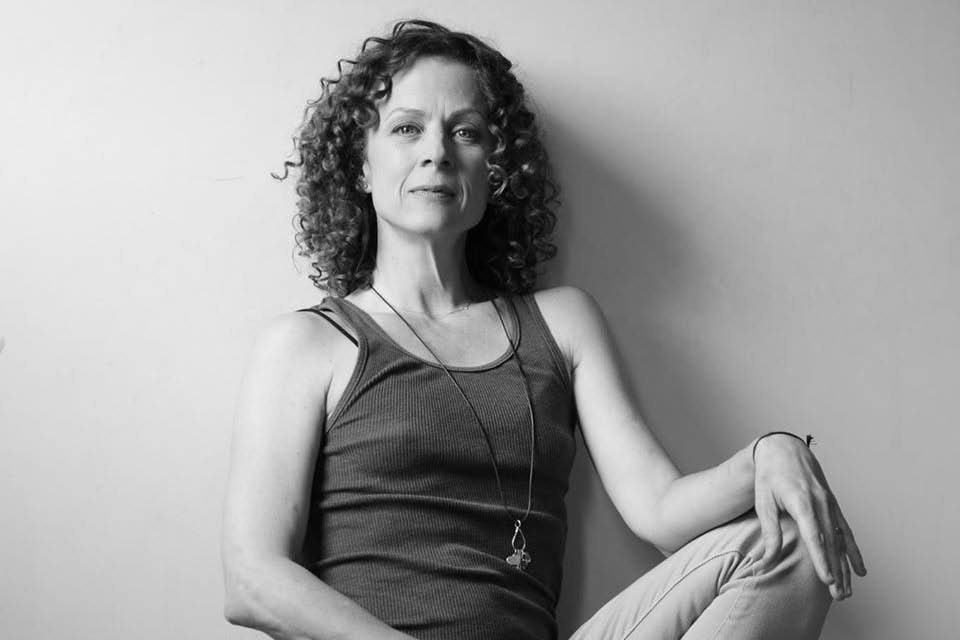 Parkinson, who teaches musical theatre at Western Connecticut State University and founded a dance studio and performing arts school in New Milford, Conn., has performed throughout the world and was nominated for a Tony Award for her performance in “Moving Out.”

The Broadway Commercial Dance Lab will enroll 50 “dedicated and enthusiastic dancers who want to learn more about what makes commercial and theater dance different from the rest of the dance world,” Parkinson said.

Miller said Bell and Quijada offer two distinct styles and methods of dance in the Professional Studies workshops. “Professional dance makers have a terrific choice for invigorating their creative skill set,” she said, adding the two workshops will run concurrently. Participants will have to choose between the two, and space is limited.

“We are so excited to offer this opportunity to dancers, and we’re thrilled to have Sidra Bell and Victor Quijada on our campus,” said Jaffe. “They are two impressive and creative voices in choreography today.”

Bell is an award-winning choreographer and dance educator. She has created more than 100 new works for live performance and film, and her work has been seen throughout North America, and in South America, Europe and Asia.

The recipient of a Princess Grace Choreographic Fellowship, Quijada developed the RUBBERBAND method as a bridge between diverse movement styles.  He is frequently invited to create new works for circus, theater, and dance companies, including repeat commissions for Hubbard Street Dance Chicago, Pacific Northwest Ballet, and Scottish Dance Theatre. 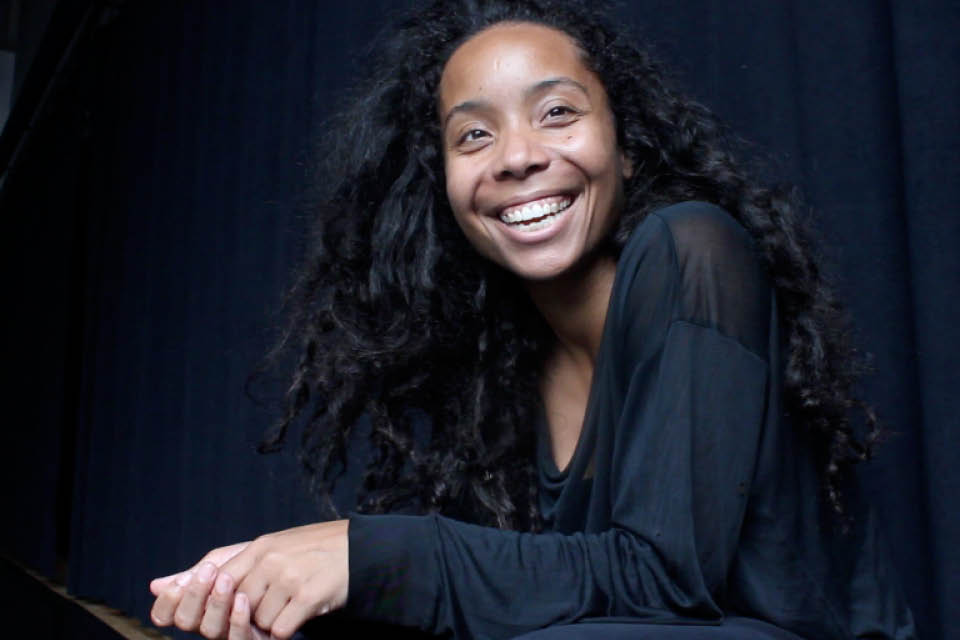 Bell has won several awards, notably a First Prize for Choreography at the Solo Tanz Theater Festival in Stuttgart, Germany in 2011 for “Grief Point” and a 2015 National Dance Project Production Award and Production Residency for Dance from the New England Foundation for the Arts. The collaborating soloists on works she created also won performance awards for two different solos at the Stuttgart Solo Tanz Theater Festival (First and Second Prizes). Her company, Sidra Bell Dance New York, was one of 25 inaugural recipients of the Dance Advancement Fund Award from Dance/NYC in 2017.

Her work has been seen throughout the United States and in Denmark, France, Austria, Bulgaria, Turkey, Slovenia, Sweden, Germany, China, Canada, Aruba, Korea, Brazil, and Greece. The company was lauded as No. 1 in Contemporary Dance by the Pittsburgh Examiner in 2014 for “garment,” in the Pittsburgh Post Gazette's 2010 Best in Dance for “ReVUE,” and in the 2012 Year in Review in ArtsATL's notable performances for “Nudity.”

In 2012, Bell was commissioned as the choreographer for the feature film “Test” set in San Francisco during the height of the AIDS crisis in 1985. Written and directed by Chris Mason Johnson (Frankfurt Ballet/White Oak Project), “Test” was awarded two grand jury prizes from Outfest.The film had many screenings at festivals worldwide, including The Seattle Film Festival, Frameline37 (San Francisco), Outfest (L.A.), Berlinale, and New York City Lincoln Center's NewFest.. The movie enjoyed a theatrical release and was a New York Times Critic's Pick. It is currently available on VOD, iTunes and Netflix.

Bell is a sought-after master teacher and her alternative pedagogy, Contemporary Systems-an interior & material approach was featured in Dance Magazine, Dance Teacher Magazine and Dance Studio Life Magazine. She has taught her unique creative practice at major institutions for dance and theater throughout Canada, Europe, South America, and the United States. She is creative director of Module, an immersive laboratory for international movement and theater artists, based in New York City.

Elizabeth Parkinson is a highly-acclaimed performer recognized for her outstanding contribution in multiple genres of the dance. Parkinson has performed worldwide as a principal dancer with the Joffrey Ballet, Feld Ballet, Peridance Contemporary Dance Company, Donald Byrd/The Group, Mark Dendy and Dancers, and Twyla Tharp Dance. In 1999, she segued to Broadway and received tremendous praise as a lead in “Fosse” and later in the hit Twyla Tharp/Billy Joel musical “Movin’ Out,” where she earned the 2003 Tony Award nomination and highly-coveted Astaire Award for Best Female Dancer on Broadway.

Parkinson has appeared in the films “Stay,” “Romance and Cigarettes,” and “Every Little Step.” As a freelance artist, she has performed at Carnegie Hall with Clint Holmes and at the American Dance Festival with Martha Clarke. Most recently Parkinson appeared opposite Bernadette Peters in the New York City Center Encores fall gala production of “A Bed and A Chair.”

Parkinson is currently on the musical theatre faculty at Western Connecticut State University (WCSU) and The Manhattan School of Music. She was awarded the Kennedy Center College Musical Theatre Festival Award for her choreography of the WCSU productions of “Parade” (2015) and “The Drowsy Chaperone” (2016). She travels internationally and in 2017 was awarded a Fulbright Grant to stage a production of “Crazy for You” at the renowned Boris Tschukin Theatre Conservatory in Moscow. Along with her husband, Broadway performer Scott Wise, she is the co-owner and co-director of Fineline Theater Arts in Connecticut. 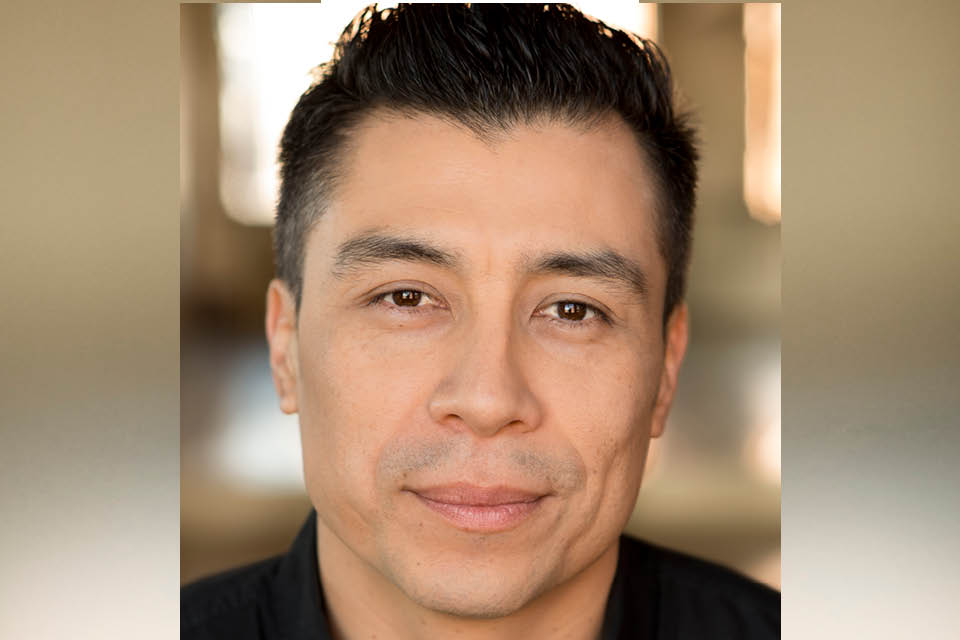 Award-winning choreographer Victor Quijada is the founder of RUBBERBANDance Group and creator of the RUBBERBAND Method. Leaving the hip hop of his native Los Angeles for a career with internationally renowned post-modern dance and ballet companies such as THARP!, Ballet Tech and Les Grands Ballets Canadiens de Montréal, Quijada was quickly recognized as a talented, prolific dancer. He possesses a rare range of experience that spans from the street corner to the concert hall.

Impelled to explore his own choreographic voice, Quijada founded RUBBERBANDance Group in 2002. His work eloquently reimagines, deconstructs, and applies choreographic principles to hip hop ideology, examining humanity through a unique fusion of expressive genres. His vision stretches into the arena of theatrical interpretation, improvisational approaches, and the visual imagery of film. He has created more than 24 short and full-length pieces both within the company structure and in commissions, and has toured with his company across North America and Europe.

Quijada developed the RUBBERBAND Method as a bridge to connect diverse movement styles. He teaches this technique internationally at conservatories, universities, and festivals, and coaches dancers to master the transition between opposing dance worlds, enabling them to combine balletic lines and grace, contemporary angles and distortion, and capoeira-like fluidity and inversions with hip hop dynamics and break power moves.

Since 2011, Quijada has directed the intensive summer dance workshop at Domaine Forget and since 2010, has been choreographer at the annual Springboard Danse Montréal. He was artist in residence at the Cinquième Salle of Place des Arts in Montreal from 2007 to 2011, and was asked to teach at the Kaufman School of Dance at the University of Southern California for the 2015-2016, 2016-2017 and 2017-2018 seasons.

His prestigious awards include the Bonnie Bird North American Award and the Peter Darrell Choreography Award in 2003, the OQAJ/RIDEAU Prize in 2009, a Princess Grace Foundation Award for Choreographic Fellowship in 2010, followed by a second PGF prize with the 2016 Works in Progress Residency Award. In 2017,  Quijada won the prize for Cultural Diversity in Dance at Les Prix de la Danse de Montréal.

With more than a dozen films to his credit, Victor has worked as choreographer, director, and dramaturge in music clips, art films, and television productions. His short film “Hasta La Próxima” was a finalist at the American Choreography Awards in 2004; his choreography for the video clip of the k-os song “Man I Used to Be” won the 2005 Choreography Media Honor; and his film “Gravity of Center” won Best Experimental Short at the 2012 CFC Worldwide Short Film Festival. Quijada was designated one of the standout artists in the documentary series “Freedom,” published in the On the Rise section of Dance Magazine.