The School of Dance at the University of North Carolina School of the Arts has announced this year’s Choreographic Institute Development Residents. Melissa Bobick, Suzanne Haag, William Isaac and Eryn Renee Young will work with students enrolled in UNCSA’s Summer Dance intensives to create original works.

The Choreographic Development Residency is a five-week program designed to foster the development of new work by emerging choreographers of exceptional promise. It is part of the Choreographic Institute, launched last year by UNCSA Chancellor Lindsay Bierman and Dean of Dance Susan Jaffe. 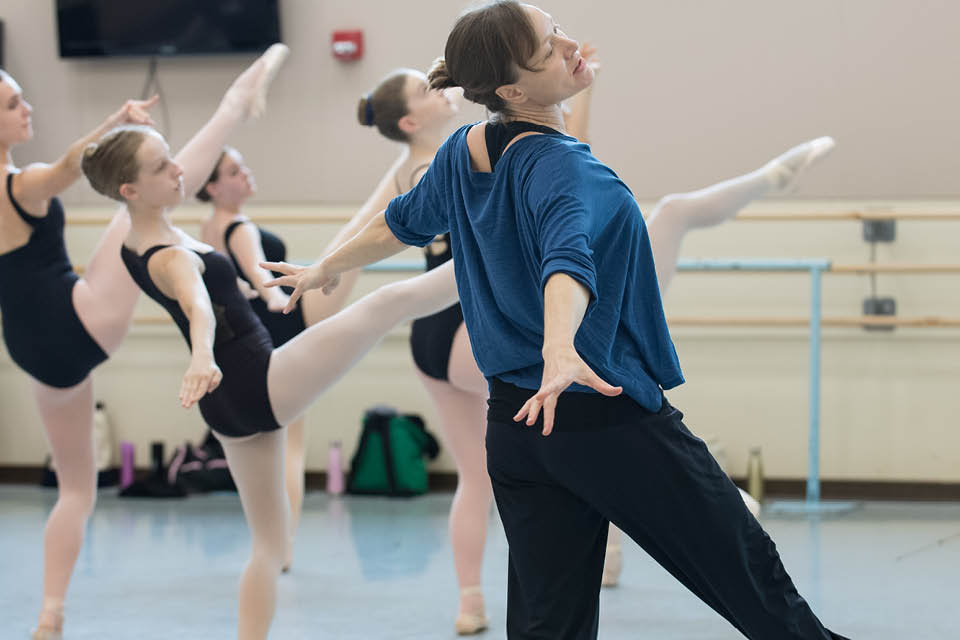 “By supporting the development of promising choreographers, we deepen our mission of creating original works, and we offer our Summer Dance students the opportunity to work with exciting and innovative dance makers,” Jaffe added.

By supporting the development of promising choreographers, we deepen our mission of creating original works, and we offer our Summer Dance students the opportunity to work with exciting and innovative dance makers.

Haag has danced for 15 seasons with Eugene Ballet in Eugene, Ore. In 2016, her first major commissioned choreographed work, “Look,” premiered with Eugene Ballet Company. She co-founded and is executive director of the unique performance group, #instaballet, which utilizes audience participation and creativity to generate new ballets.

Isaac is a Bessie Award-winning dancer, educator and choreographer. He was assistant choreographer on the 2008 Tony Award-winning musical “Passing Strange” which was later filmed by Spike Lee, and has worked commercially with Nike on the Pedro Lourenco campaign with supermodel Karlie Sloss, and on a Coke Zero campaign in Spain. In 2011 he started his new company, Kymera Dance, which had its inaugural performance in February 2012 at The Little Flower Theater in New York City.

Young is resident choreographer of XAOC Contemporary Ballet, a New York City-based neoclassical ballet company which she co-founded in 2010. In 2015, with a Manhattan Community Arts Fund Grant she launched Project Ignite, a ballet outreach program. She received a space grant from Joffrey Dance Center and her choreographic work has been commissioned multiple times by Norte Maar, a nonprofit organization that creates, promotes, and presents collaborations among the visual, literary and performing arts.

As development residents of the UNCSA Choreographic Institute, they will  participate in daily technique classes, workshops and lectures led by esteemed UNCSA Summer Dance faculty and guests, and will hold afternoon rehearsals with their cast of dancers selected from the Summer Dance Intensives. In the evenings, residents will have access to UNCSA’s studios for further choreographic research. The residencies will culminate in a fully produced performance of the new works at UNCSA’s Stevens Center in downtown Winston-Salem. 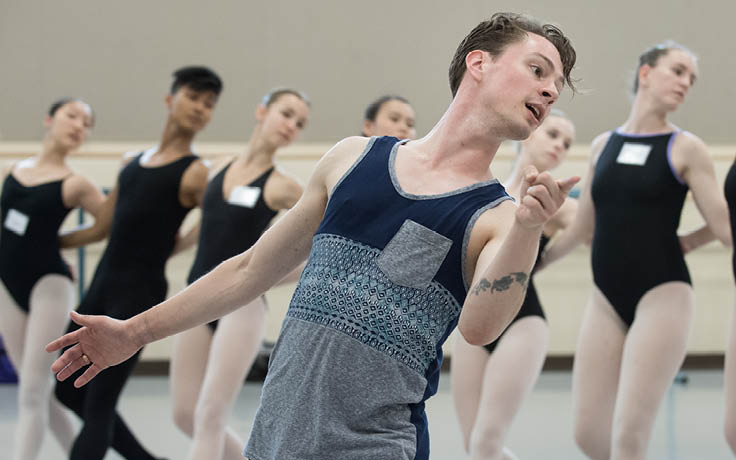 During their summer residency, the choreographers also will be mentored by Visiting Distinguished Artist Helen Pickett, the internationally known resident choreographer of Atlanta Ballet.

“This is tremendous opportunity for these emerging talents,” said Catherine Miller, a UNCSA School of Dance alumna who directs Summer Dance. “As a young choreographer, some of your greatest challenges are finding a place to work, dancers to work with, and professional mentorship. UNCSA’s Choreographic Development Residency meets all of those needs.”

More about the Choreographic Development Residents 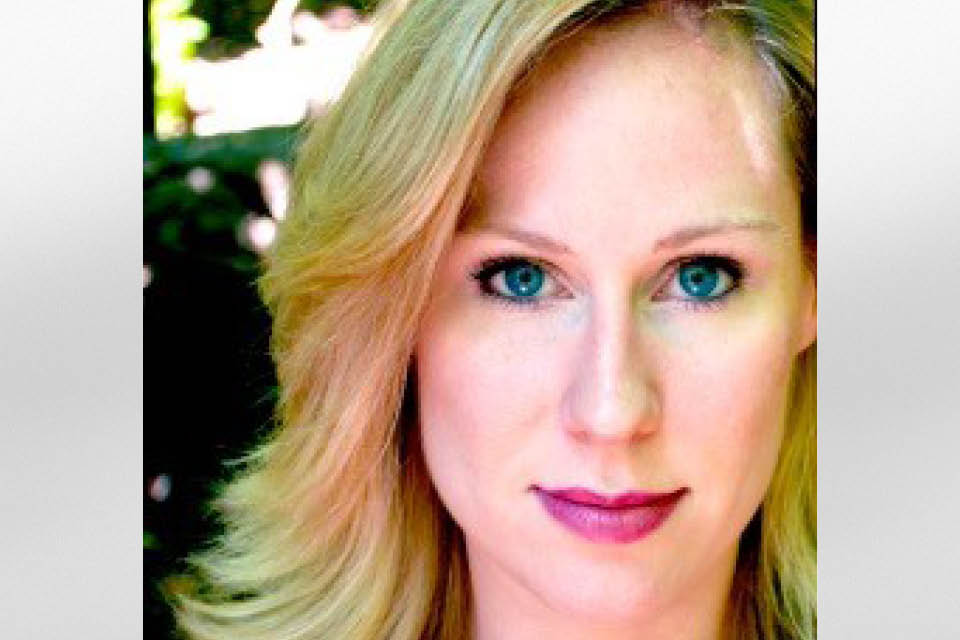 Originally from Birmingham, Ala., Melissa Bobick graduated with a Bachelor of Science in Ballet and Nutrition from Indiana University in Bloomington and received her Master of Fine Arts in Choreography from Purchase College Conservatory of Dance in New York. She is an ABT® Certified Teacher and earned the status of affiliate teacher while teaching in New York City.

As a performer, she danced for six seasons with Eugene Ballet Company and Ballet Idaho where she was featured in many classical roles and numerous contemporary works. After moving to New York City, she performed for the National Choreographer’s Initiative and was one of four dancers engaged by New York City Opera for their new production of Massenet’s “Cendrillon.”

As a choreographer, Bobick received grants from the Idaho Commission on the Arts to create three new works for Ballet Idaho. Recently, she created new works for the ballet majors of both Belhaven College and Bucknell Dance Company, and a new “Apollon Musagète”  for Eugene Ballet Company.

As a teacher, she has worked around the country and has been a faculty member at both Ballet Hispanico and American Youth Dance Theater in New York City. She was assistant professor of Dance at Mercyhurst University from 2012 to 2016, and in that capacity, created several new works for the university, including a new holiday ballet based on the Victor Herbert operetta “Babes in Toyland” and an evening-length ballet based on Hans Christian Andersen’s “The Little Match Girl.”

She is currently an assistant professor at the University of Utah School of Dance. She has choreographed two original works, “Legacy” and “135”, for Utah Ballet. 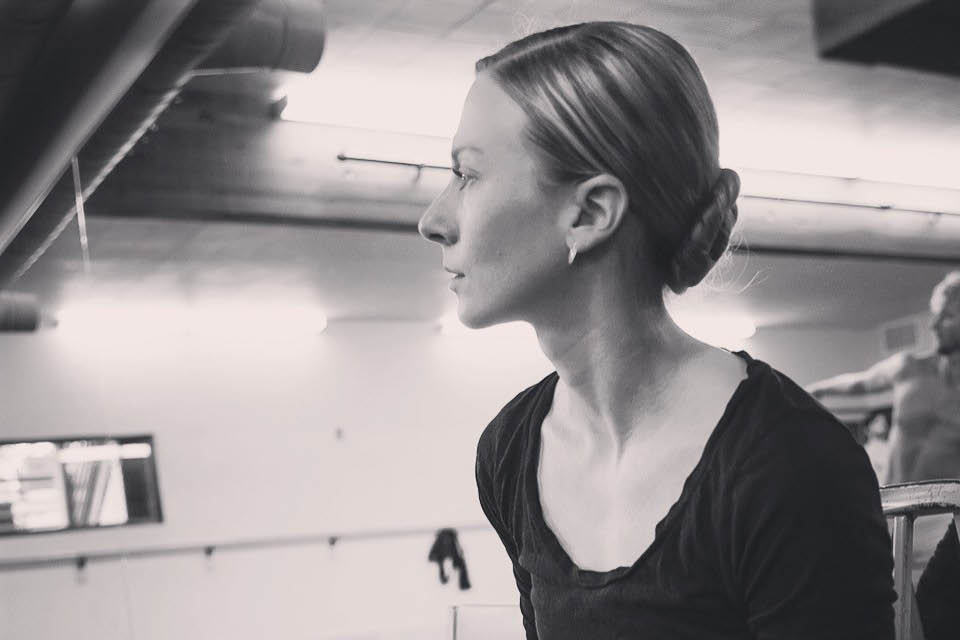 Suzanne Haag received her early training at the School of the Hartford (Conn.) Ballet with notable instructors including Alla Osipenko, Franco De Vita, Raymond Lukens, and Kirk Peterson. She received her Bachelor of Science in Arts Administration and Dance at Butler University in Indianapolis before performing professionally with Nevada Ballet Theatre, Ballet Idaho, DROP Dance Collective, and the National Choreographers' Initiative.

She is currently in her 15th season with Eugene (Ore.) Ballet, where she has been a featured soloist  in many works by Artistic Director Toni Pimble and guest choreographers including  Mauricio Wainrot, Jessica Lang, Amy Seiwart, Robbert Battle, and Septime Webre.

In 2013 Haag co-founded and became executive director of the unique performance group, #instaballet, which utilizes audience participation and creativity to generate new ballets. #instaballet works with a broad range of audiences including students of Bridgeway House, a school for children with autism in Springfield, Ore. The mission of #instaballet is to make ballet accessible by updating the way the art form is presented.

Haag began creating ballets as a young student and has continued to create throughout her performance career. As an emerging choreographer, her first major commissioned work for Eugene Ballet Company, “Look,” premiered in 2016. Her ballet, “The Surrounding Third,” premiered in February 2017 and was selected as a finalist in the McCallum Theatre's Choreography Festival (November, 2017). She was one of four choreographers selected from across the United States to participate in the National Choreographers Initiative directed by Molly Lynch in July 2017, where she created the 13- dancer work, “We Remain,” based on the death of a fellow dancer.  Her work “An Exercise in Leaving Home,” created for Dance in the Parks (Chicago), was featured in shows in Chicago throughout the summer of 2017. Most recently she collaborated with choreographers Toni Pimble and Sarah Ebert and the internationally renowned band Pink Martini. In 2019 she is slated to create a new version of Stravinsky’s “The Firebird.” 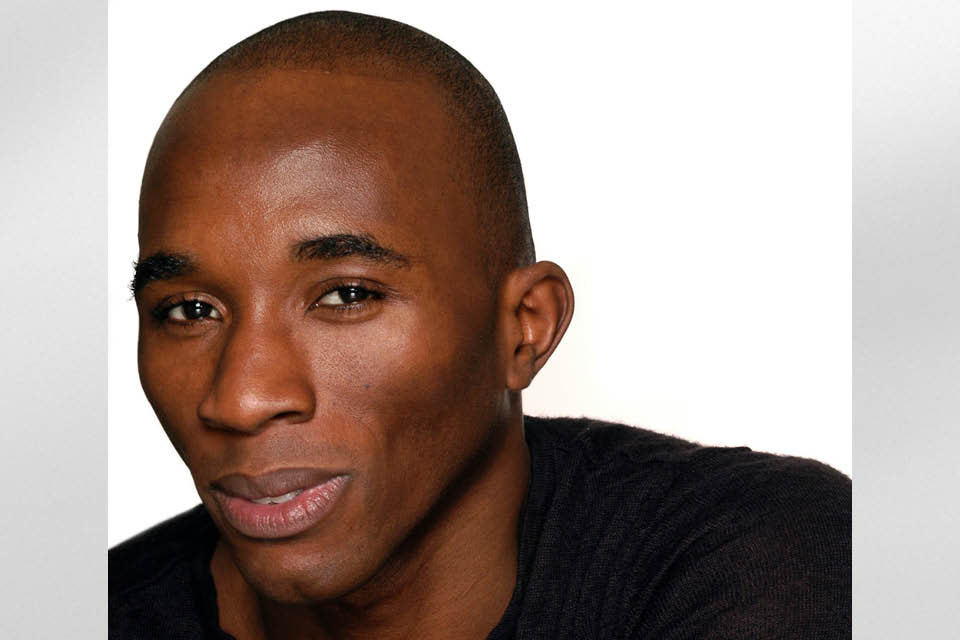 Isaac received a New York Dance and Performance Bessie Award in 2007-08, a William Loeb Award in 1997, a National Federation for Advancement in the Arts  (YoungArts) Award in 1995, was a Donna Reed Festival Finalist 1995 and a Van Lier Fellowship recipient at the Ailey School from 1992-94.

Isaac worked as assistant choreographer on musicals and operas such as the 2008 Tony Award-winning “Passing Strange” (later filmed by Spike Lee), and the 2015 production of “El Publico,” a new opera at Teatro Real in Madrid, Spain, based on Federico Garcia Lorca’s play. In staging dance works he’s assisted Dwight Rhoden, Darrell Grand Moultrie and Karole Armitage. His more in-depth collaborations have included Karole Armitage’s “Three Theories” for the World Science Fair, and Alice Farley and legendary jazz musician Henry Threadgill’s “Erotec (The Human Life of Machines)” for the Henson International Festival of Puppet Theatre. Isaac has created work for Philadanco’s Danco on Danco, LaGuardia High School, the Brooklyn High School for the Arts,  Joffrey Jazz and Contemporary Summer Program, The Juilliard Summer Dance Intensive, and Metropolitan School of the Arts. He has choreographed commercially with supermodel Karlie Kloss on the Nike X Pedro Lourenco campaign and a Coke Zero campaign for Spain.

In 2011 Isaac started his new company Kymera Dance, securing a place for his choreography and coaching young artists. The inaugural performance for Kymera Dance was in February 2012 at The Little Flower Theater in New York City. Kymera Dance has presented work at JCC in Manhattan, Thelma Hill Arts Center, and Brooklyn Ballet’s First Look series. 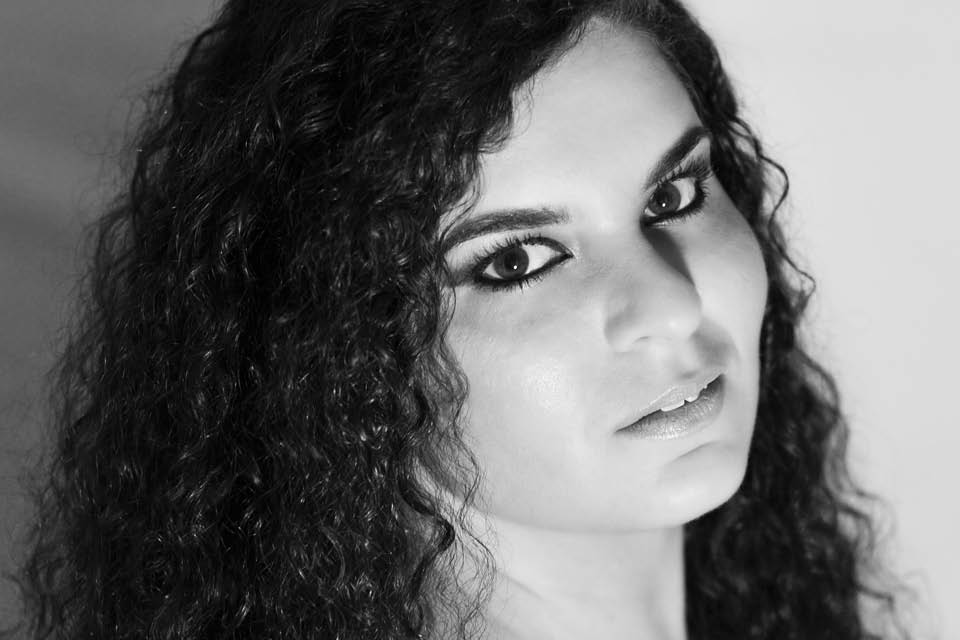 She was a finalist for the 2015 Edward Villella Emerging Choreographers Competition at Rider University for her ballet “Allagi.” Other honors include the 2014 Eryc Taylor Dance New Choreography Grant, the 2013 Dance/USA Institute for Leadership Training, choreographer for the 2013 Women in Dance Series, and a 2017 resident artist for Dance at Socrates at Socrates Sculpture Park.

In 2015, Young received a Manhattan Community Arts Fund Grant to launch her ballet outreach program “Project Ignite,” partnering with the charity Headbands of Hope to present a benefit gala featuring the company in a full evening of repertory with special guests Buglisi Dance Theatre and Marlena Wolfe of Battleworks Dance Company and Camille A. Brown & Dancers, as well as performance events in children’s hospitals and repertory workshops for professional dancers.

She has provided choreographic consulting on projects including the 2012 MashRome Festival’s production of “Medea” under the direction of Jimmy Ferguson. She works administratively at the award-winning Ellison Ballet, and has served as production coordinator and assistant stage manager for Buglisi Dance Theatre’s annual Table of Silence Project 9/11 at Lincoln Center since 2012. Young has been coordinator for Peridance Capezio Center's Summer Intensive and assistant coordinator for the center’s  Certificate Program and Blueprint Summer Intensive.

Young began her dance training in New Jersey and has studied at the Boston Conservatory, Peridance Capezio Center, Broadway Dance Center, and MAX Ballet Academy in Florence, Italy. She holds a degree in Contemporary Ballet Choreography and Fine Art from New York University, where she was mentored by acclaimed choreographer Kathryn Posin.