The Rev. Douglass M. Bailey and Carolyn L. Bailey are the recipients of the 2018 Giannini Society Award, one of the most prestigious honors bestowed by the University of North Carolina School of the Arts. The award was presented during University Commencement on May 5 in the Stevens Center.

The Giannini Society was established in 1989 and was named in honor of Vittorio Giannini, a founder and the first president of the School of the Arts. It is a group of dedicated ambassadors who provide support for the training of UNCSA students. 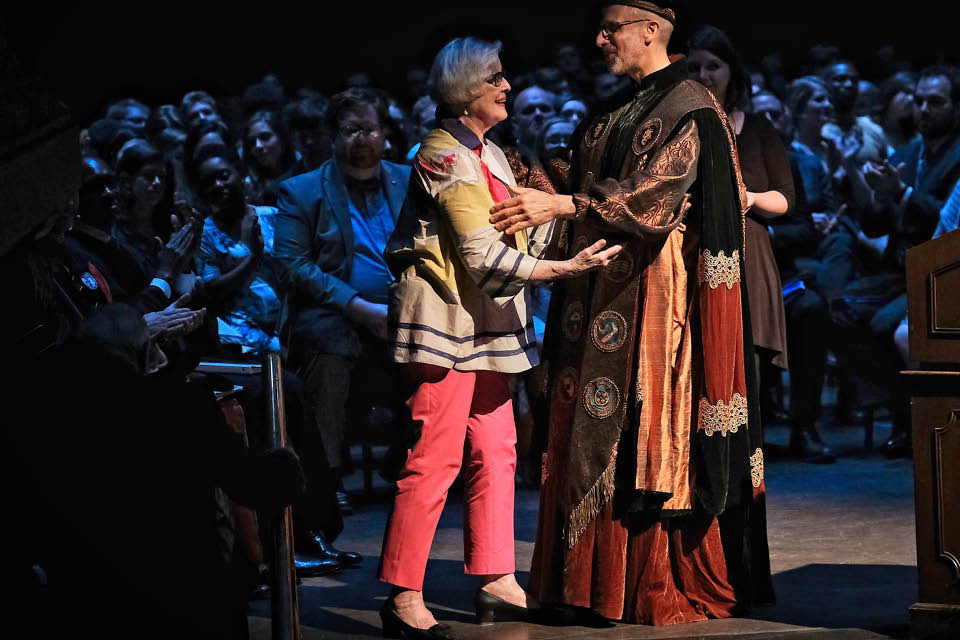 The award is given annually to members of the society in recognition of their service and support. Previous recipients include founders, board members, alumni, volunteers and former chancellors and faculty members.

“Carolyn and Doug richly deserve this honor and recognition,” said Chancellor Lindsay Bierman. “Their selflessness and wholehearted commitment to improving and enriching our community inspires us all.”

The Baileys have lived lives deeply devoted to service. At UNCSA, they have been members of the Giannini Society for decades, and have served on the organization’s leadership advisory committee since 2004. They are also members of The Associates, a group of volunteers that perform vital tasks across UNCSA’s campus, from hosting out-of-town students to stuffing envelopes. Carolyn has been on the board of The Associates since 2005, serving as president from 2010 to 2012 and co-chairing the Salon@Six committee. In 2016, the Baileys established the Carolyn L. Bailey Scholarship to help students with outstanding talent and demonstrated financial need. 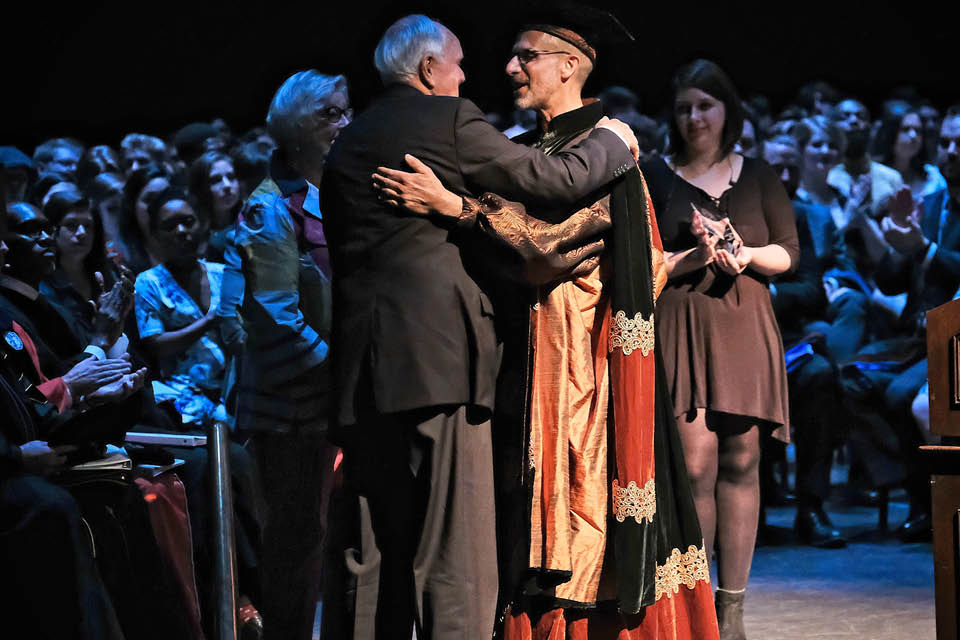 “Doug and Carolyn’s generosity and affection for our students is extraordinary,” said Edward J. Lewis, III,  Vice Chancellor for Advancement. “They love the arts and love our community, and we are grateful to have them as friends.”

Doug Bailey, who graduated from Wake Forest University and was a member of the basketball team, is an ordained Episcopal priest and spent 23 years as rector of Calvary Episcopal Church in Memphis. In that time, he led the church through significant growth in membership and helped to revitalize the declining parish by emphasizing community outreach and establishing urban ministry nonprofits connected to the church. He returned to Wake Forest in 2002 to teach at the divinity school before retiring in 2011. He has served as a trainer for congregations in the Episcopal Province of Brazil and served as president and founder of the Center for Urban Ministry, Inc., a national training and resource center for clergy of urban churches of all denominations, focused on addressing homelessness, poverty, addictions and social justice.

Carolyn Bailey has long been an advocate for the arts and her local community. During their time in Memphis, she served as president and executive director for the Memphis Arts Festival (now known as Riverartsfest), a juried, national fine arts festival which draws an average of 30,000 visitors over three days. She also served as secretary and treasurer for the Center for Urban Ministry, Inc., producing annual national conferences in Washington, D.C. In addition, she is a board member of Piedmont Craftsmen, the Sawtooth School of Visual Art, and Arts for Life.

Originally from Clarksburg, W.Va., Carolyn and Doug were high school sweethearts. They are the parents of three adult children—Brad, Marjorie and Britt—and have six grandchildren.