The University of North Carolina School of the Arts has announced the annual recipients of the prestigious William R. Kenan, Jr. Excellence Scholarships, which pay for tuition, fees, room and board for four years of undergraduate study.

These four exceptional young artists demonstrate our core values of artistic achievement, academic success, and service to community. We enthusiastically welcome them to our campus family.

“The Kenan Excellence Scholarships are the most prestigious awards given to incoming students at UNCSA,” said Provost David English. “These four exceptional young artists demonstrate our core values of artistic achievement, academic success, and service to community. We enthusiastically welcome them to our campus family.”

Nominated by the deans of each of UNCSA’s five arts schools from their top accepted applicants, scholarship candidates are considered based on their abilities in their arts discipline, capacity to lead and motivate, extracurricular achievement, grade point average, and SAT or ACT test scores. 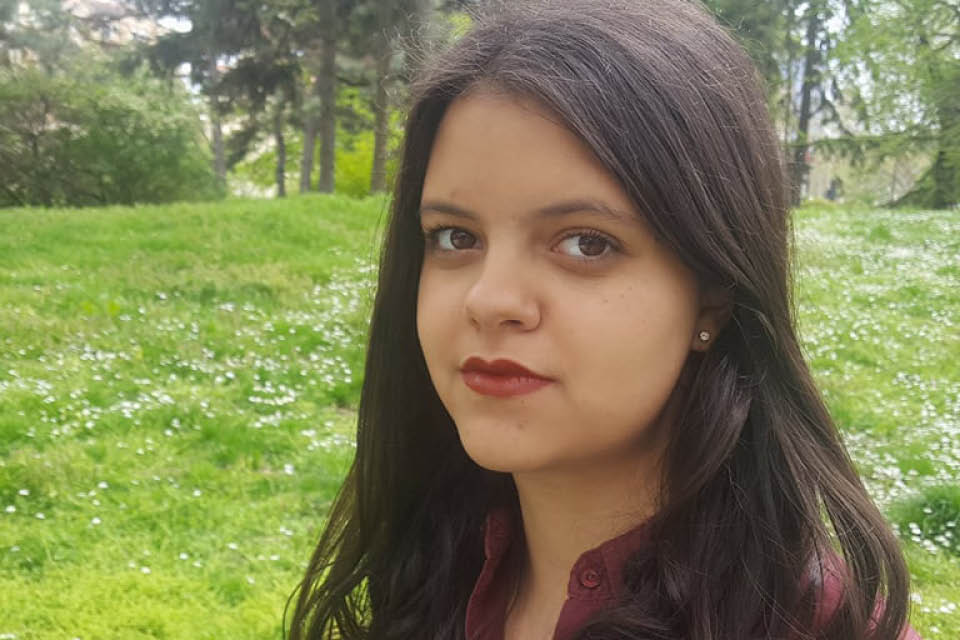 Over the years she has participated in numerous competitions and won several national prizes. Djorović has taken part in master classes with distinguished violinists and professors including Timyr Melnyk, Ljubomir Veličković, Anke Schittenhelm, Vasilij Meljnikov and Marko Josifoski. She completed music high school in Belgrade, majoring in strings and music theory and learning how to speak nine languages, and then continued her music studies in Graz, Austria with her current mentor, UNCSA alumna and Professor of Violin Ida Bieler, who is Guest Professor for Violin at the Universität für Musik und Darstellende Kunst.

“I love and admire its power to inspire and provoke us,” Djorović said about music. “Our music says more about who we are and what we believe in, in ways that are more honest and illuminating than words.”

With a strong interest in humanitarian aid, Djorović has taken an active role in community service projects in both Serbia and Austria, including relief efforts for victims of the flooding in southeastern Europe and refugees from Syria and Afghanistan.  She has given free concerts to children in hospitals and homeless shelters, and to the elderly, disabled and imprisoned.

Bieler said Djorović is “a fabulous young violinist who already plays on the highest level, and projects enormous musical commitment.”

Belle Le is a graduate of Valley Christian High School in California’s Bay Area. She completed multiple advanced placement classes and earned a G.P.A. of 4.1. She attended her school’s elite theater conservatory, where she received the Best Supporting Actress and Best Newcomer awards. Le received a state-level nomination for her performance as Peggy Sawyer in “42nd Street” at the 2016 Rita Moreno California High School Musical Honors and has been repeatedly cast in lead roles in her school’s productions. In addition to acting, she sings, dances, plays the ukulele and is fluent in Vietnamese and basic French. She has participated in notable summer intensives, such as Rutgers Summer Acting Conservatory and Texas State University’s Nexus. 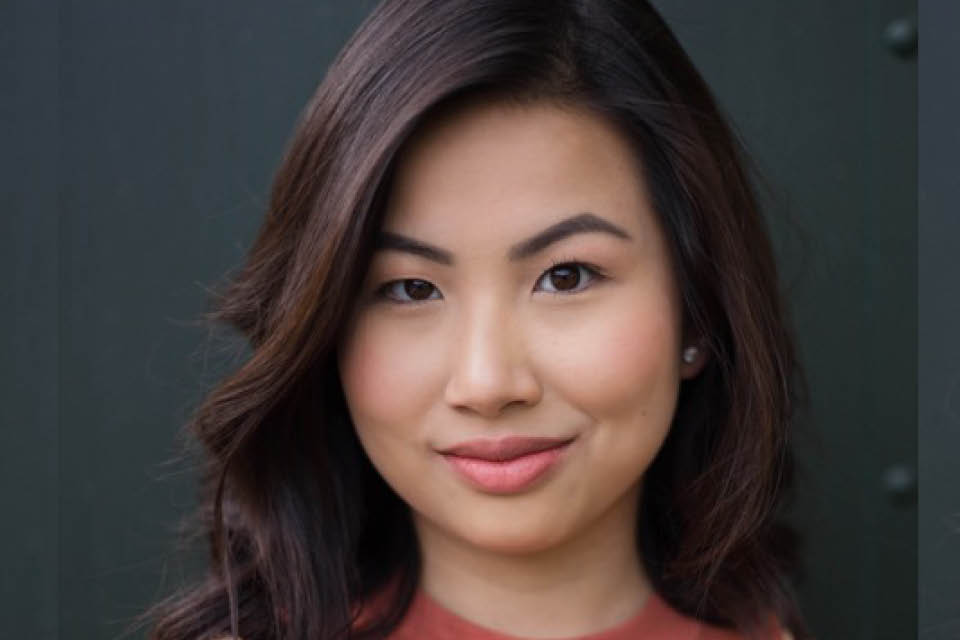 Le said she is “passionate about using the truth in art to invoke thought, action, and change in society.”

Quin Gordon, director of recruitment for the UNCSA School of Drama, called Le a “rare and unique find” and “a force on stage.”

Gordon said Le placed among a small handful of “the finest auditions among the more than 700 we saw this audition tour. An old soul, she possesses a warmth and ease that lights up any room she steps in.”

Blaine McIndoe attended the Professional Performing Arts School in New York City as a drama student, and plans to use her actor training as an aspiring director. She appeared in the NBC pilot of “Student Teacher” and the Amazon Prime series, “The Other F Word,” and has danced in galas for notable performers including Stevie Wonder, Steve Martin and Alicia Keys. She found a new home behind the camera after attending a film elective. In her junior year of high school, McIndoe independently directed and produced a 15-minute play titled “Gossip.” She attended the Theatre Development Fund’s Word Lab, where she developed original stories using a free-writing technique and was exclusively selected to attend Brooklyn Academy of Music’s Young Film Critics classes, to learn the art of analyzing and writing about film. 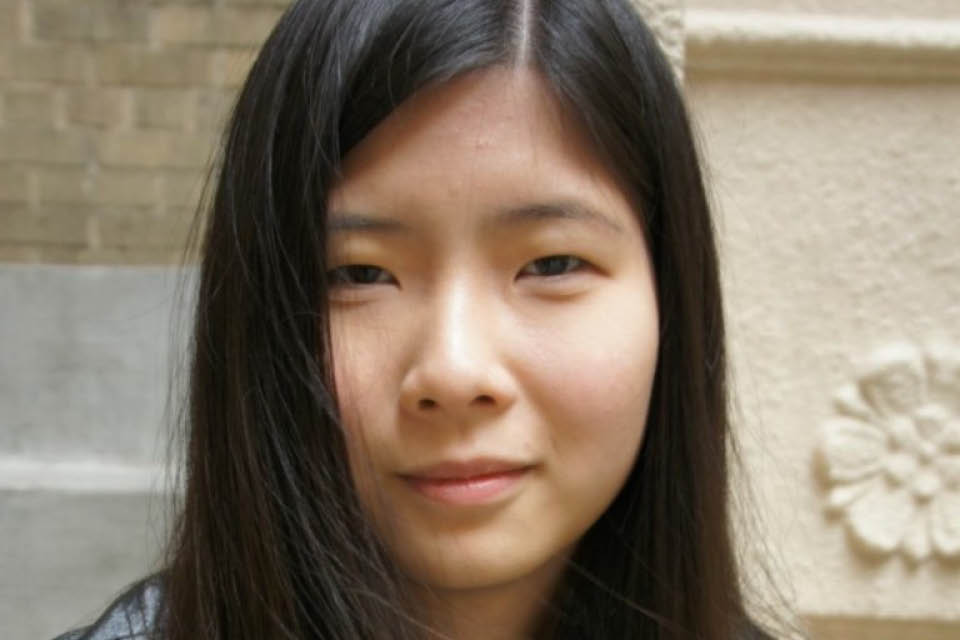 Involved in many community service activities, McIndoe participated in Global Glimpse, a year-long leadership development program with 18 days of cultural immersion in Riobamba, Ecuador. She has also volunteered with and helped create public service announcements in New York City for Habitat for Humanity and Housing Plus, a program that helps at-risk women find an alternative to incarceration.

“Empathy is humanity’s greatest quality,” McIndoe said. “Through our work, artists have the opportunity to inspire empathy on a large scale. Film is another language; I want to learn to speak it fluently. Directing films can create social change.”

Dean Susan Ruskin said of McIndoe, “We found her writing to be strong and mature, and her aesthetic to be developed beyond her years.”

Houston Odum is a graduate of Southwestern Guilford High, where he has been involved in almost every theater production. Inspired by Cirque du Soleil, which he has shadowed nine times, Houston conceived, wrote and directed his own production entitled “RAIN -- A Theatrical Journey of Self Discovery,” using 3-D video mapping projections. In addition to his experience behind the scenes as a stage manager, Odum has spent a lot of his time on stage through his passion for juggling and other contemporary circus disciplines. In 2017, he was awarded a bronze medal in the Juniors World Championships of Juggling and in 2018, he received an award for his act at the Groundhog Juggling Festival in Atlanta, Ga.

“I could not fathom a life without creating something for all to see, learn from and be inspired by,” said Odum, who expressed a love of all aspects of live productions, and said he believes that stage manager is a leadership role, a technical role and a performance role in some aspects.

Odum earned a weighted G.P.A. of 4.8 and recorded a near-perfect A.C.T. score of 33. He is fluent in Spanish and participated in clubs and activities such as the National Honor Society, theater club, tennis team, and has been editor in chief of the yearbook. He has been actively involved in his community as well, volunteering at the Greensboro Science Center, the Greensboro Children’s Museum, and the Towns of Jamestown, Kernersville, and Thomasville. He also spends time tutoring beginner-level Spanish students at his school.

UNCSA Design & Production Dean Michael Kelley said Odum is incredibly talented. “He is a success story in the making,” Kelley said. “The stage management faculty feel he is one of the strongest candidates they have ever seen.”