What is “normal?” That’s the question asked by the musical “Next to Normal,” on stage Nov. 8-17 at University of North Carolina School of the Arts. Winner of the 2009 Tony Award for Best Musical Score and the 2010 Pulitzer Prize for Drama, the musical is a powerful exploration of mental illness and its expansive effects. The production features music by Tom Kitt, book and lyrics by Brian Yorkey, musical direction by Jeff Saver and direction by UNCSA Dean of the School of Drama Scott Zigler. 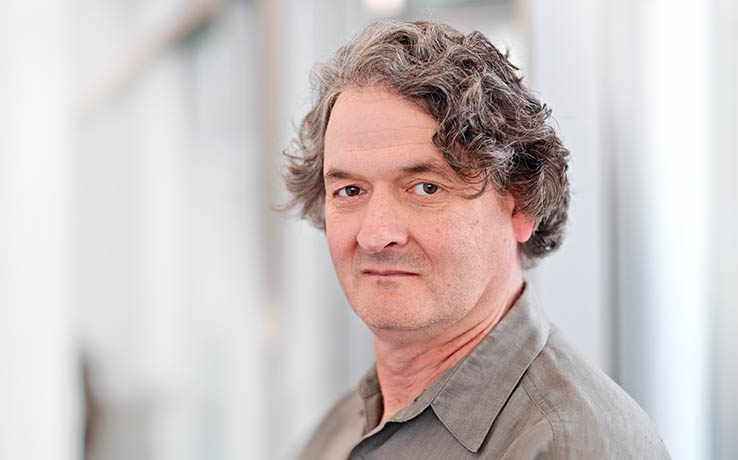 “‘Next to Normal’ revolves around the debilitating nature of mental illness,” explains director Scott Zigler. “It shows how inexact a science the treatment of mental illness is in our society and how the effects are felt not only by the patient but equally by their family and loved ones as well.”

“This subject matter is considered to have completely changed the rules about what kind of stories could be told in the American musical.”

In “Next to Normal,” the story centers on the Goodman family. Diana, the mother, has a sixteen-year history of bipolar depression and delusional episodes.

“Like most moms, Diana does the best she can to hold it all together,” says Gracey Falk, who plays Diana. “She is a strong, intelligent woman who loves her family very much and is fighting hard for freedom from her illness.”

The musical follows Diana, her husband and their two children through the ups and downs of Diana’s mental health journey, which has profoundly affected everyone in the family.

Her husband Dan, for example, must “carry the weight of the world on his shoulders as he tries to be ‘the rock’ for his wife and children.”

The Goodmans’ story is backed by a rock-style score that Zigler considers to be “one of the best musical theater scores of the last 20 years.”

Falk and Lawrence both emphasize the complexity and power of the music.

The score is one of the most difficult I’ve ever worked on and includes a complex variety of styles ranging from Broadway to folk to rock-and-roll,

“The score is one of the most difficult I’ve ever worked on and includes a complex variety of styles ranging from Broadway to folk to rock-and-roll,” says Falk.

Lawrence describes the score as “a dense and beautifully complicated piece of work.”

“It’s such a massive haul of a show, and there are only six of us on stage at any time and often in six-part harmony.”

The themes in “Next to Normal” are likely to hit home for many audience members. As Zigler points out, “the awarding of the Pulitzer is a really good indication that everything about the musical is relevant to today’s society.”

“‘Next to Normal’ sheds light on the chaos that lies within the privacy of every home, reminding us that you can never know what might be happening in the house next door,” says Falk, adding that her own experiences make the Goodmans’ journey particularly meaningful for her.

“Having grown up in a home surrounded by mental illness, the content in ‘Next to Normal’ is very personal and close to my heart. I know what it’s like to feel like your family should be kept a secret. However, this musical is a story of hope – hope for those struggling to come to terms with their own versions of ‘normal.’”

In conjunction with the musical, UNCSA's counseling staff —which recently partnered with the Jed Foundation to create a comprehensive strategic plan for mental health services on campus over the next four years—will join cast members in a talk-back for students on Tuesday, Nov. 13. The JED foundation is a national nonprofit dedicated to preventing suicide, reducing substance abuse and improving well-being among teenagers and young adults.