Seven short films by students at the University of North Carolina School of the Arts will be offered at the Winter Film Screening at 7 p.m. Friday, Feb. 8 in Main Theatre of the ACE Exhibition Complex on the campus at 1533 South Main St. The 90-minute screening is free and open to the public.

School of Filmmaking Dean Susan Ruskin, who curated the collection, said the films represent some of the best student work during the 2017-18 school year. “This screening offers a wide variety of exceptional work by second-, third- and fourth-year students,” she said. “There’s a coming-of-age drama, a detective story, a little bit of horror, science fiction/fantasy, and more. It represents the creativity and imagination of the next generation of storytellers.” 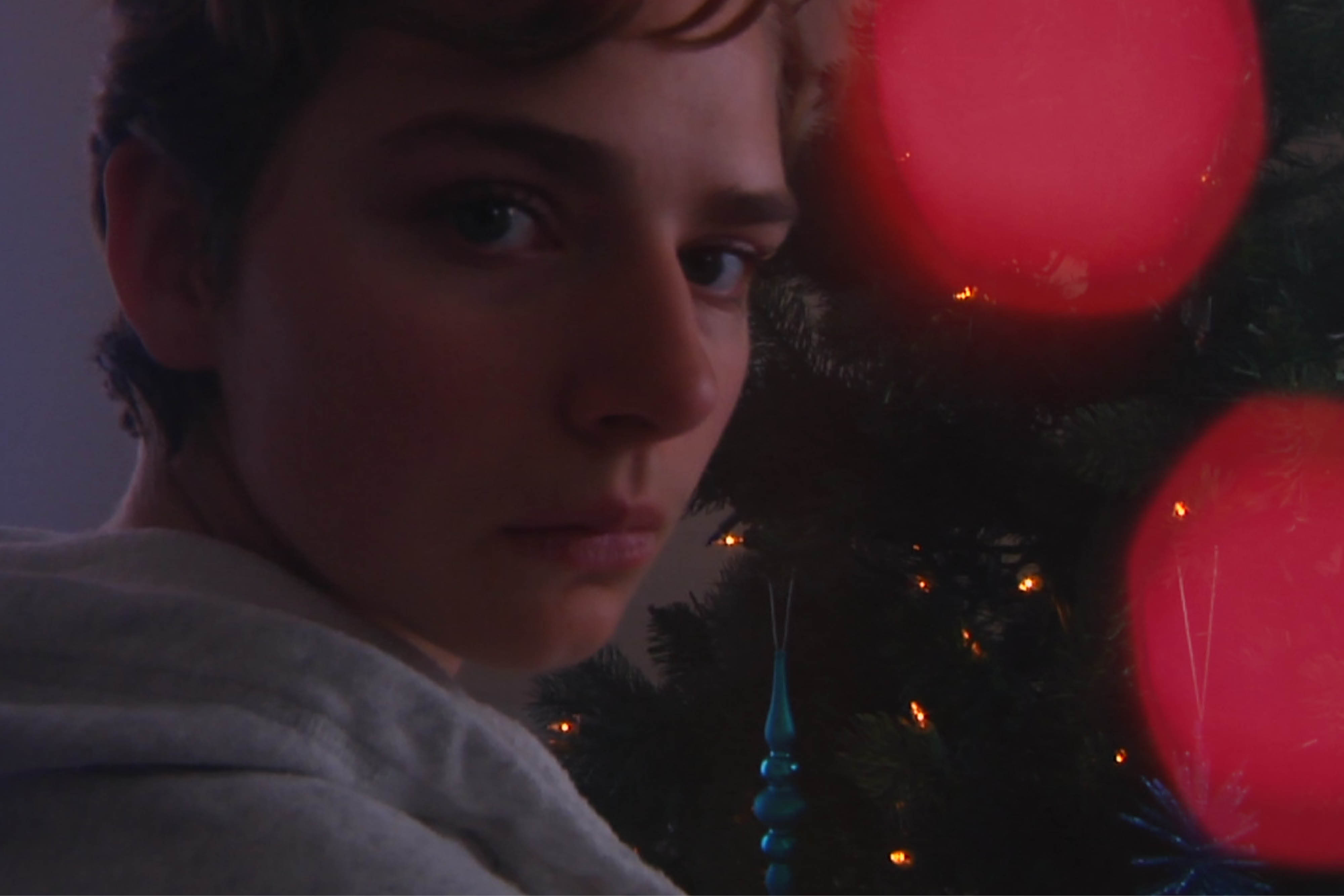 "Alice" is directed by Clay Bloodworth.

During her aunt’s annual neighborhood Christmas party, high school senior Alice reconnects with her childhood best friend, a catalyst that forces her to confront her impending adulthood and the uncertainty that comes with it. “Alice” is a second-year film directed by Clay Bloodworth; written by Bloodworth and Langston Cabral; produced by Carson Cary and Patricio Camara Rubio; cinematography by Rachel Schattle; editing by Seth Bowman; and production design by Aliyah Ettwien.

When an aging film restorer is forced to close his business, he loses his sense of purpose only to find it again in an old friend. “Ambedo” is a second-year film directed by Patricio Camara Rubio; written by Emily Padgett; produced by Gillian Skipper; cinematography by Mitchell Brinker; edited by Kevin Mackler; and production design by Miranda Pratt. 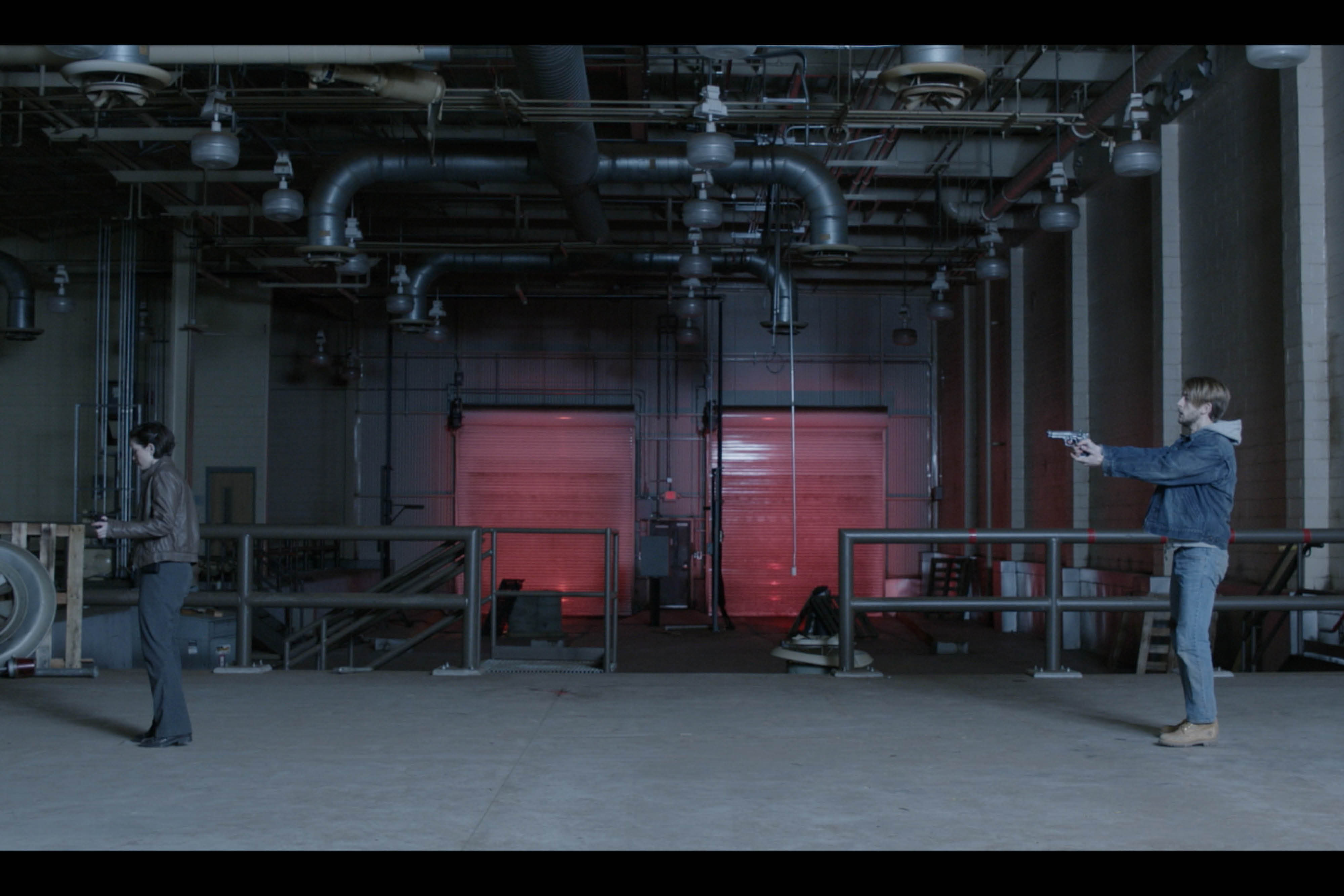 When a young detective returns to her hometown, she confronts her criminal brother and is forced to decide between loyalty to her family or loyalty to her duty as an officer of the law. “Asphalt Saints” is a third-year film directed by Adam Jumba; written by Jumba and Xavier Taylor; produced by Jon Jenkins and Gillian M. Skipper; cinematography by Ruby Scharf; production design by Madison Harvey; editing by C.J. Duncan; sound design by John Rizzi; costume design by Miranda Pratt; and music by Jen-Shuo Chen.

The illegitimate daughter of the slave master resists her family’s plan to escape the plantation, the only home she has ever known. “The Drinking Gourd is a fourth-year film directed by Bridget Anderson; written by Moriah Hall and Kate St. Onge; produced by Hall and Charles Witosky; cinematography by St. Onge; production design by Lucas Bond; editing by Willie Adams; sound design by Gregory Livengood; wig and makeup design by Carla McClain; and costume design by Kristen Mendez.

In a pre-apocalyptic world, a young girl finds sisterhood in the arms of a girl gang, The Menagerie. With the world burning behind her, she’s faced with the question of how far she is willing to go for “family.” “The Rabbit” is a fourth-year film directed and written by Savannah Gisleson; produced by Kevin Cutrara and Matseliso Tlelai; cinematography by Emmet Padgett; production design by Delaney Rath; editing and sound design by Lori Riendeau; and music by Reed Trachy. 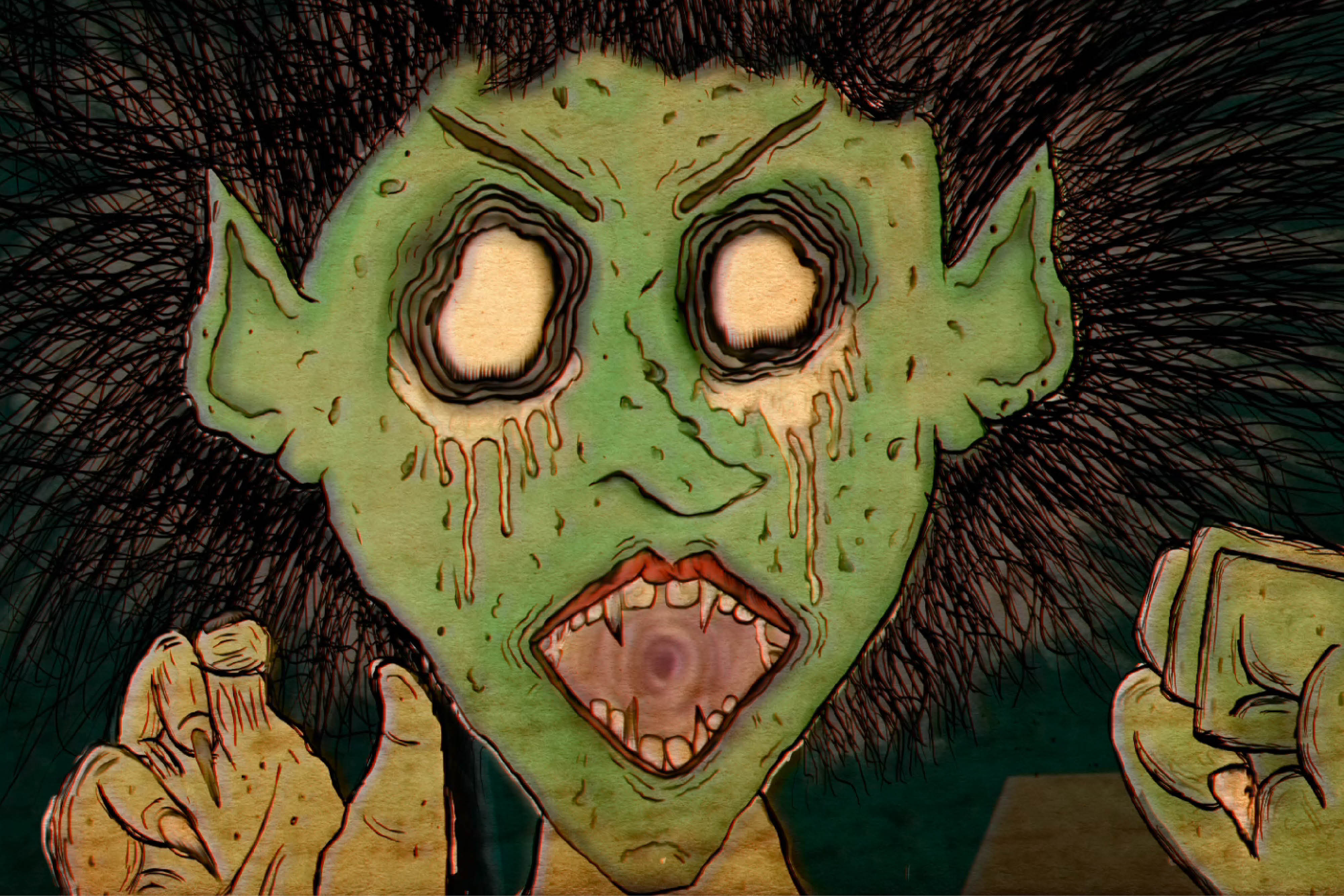 "They Bite!" is directed by Jordan McLaughlin and Benjamin Fisk.

Ghouls! Monsters! A punk rock wolfman!? Mr. Hawkins will encounter all these and more when he enters into a notoriously haunted house, seeking his lost wife. “They Bite!” is a third-year film directed and written by Jordan McLaughlin and Benjamin Fisk; produced by Nicholas Dardes; sound design by Gabrielle E. Walden and John Rizzi; production design by Isabel Rolles, Delaney Rath and Lucas Bond; cinematography by Chris Griggs; and music by Luke Azevedo.

Two quirky janitors accidentally launch themselves into space aboard The Voyager Pen-15, interfering with a top-secret government mission that they were never meant for.  This might be a mess they can’t clean up. “Voyager Pen-15” is a fourth-year film directed by Katia Czartorysky; written by G. Chandler Cearley and Emmet Padgett; produced by Abraham Bengio and Matseliso Tlelai; cinematography by Cearley; production design by Lorr Volatier; editing by Ede Bell Crowder; sound design by Willie Adams; and music by Caleb Gardner.