The University of North Carolina School of the Arts will livestream the upcoming concert featuring the renowned Chamber Music Society (CMS) of Lincoln Center at 7:30 p.m. on Wednesday, Feb. 6. A master class with CMS Co-Artistic Directors Wu Han and David Finckel, at 2 p.m. Feb. 6, will also be livestreamed on Facebook. The free livestreams can be viewed on the UNCSA School of Music Facebook page.

The livestream is part of a new initiative by the School of Music to stream concerts from Watson Hall, which celebrates its 15th anniversary in the 2018-19 season. The hall has been outfitted with new state-of-the-art cameras and streaming system that allow for livestreaming capability of any concert taking place in the hall, giving audiences worldwide the chance to experience UNCSA performances in real time. 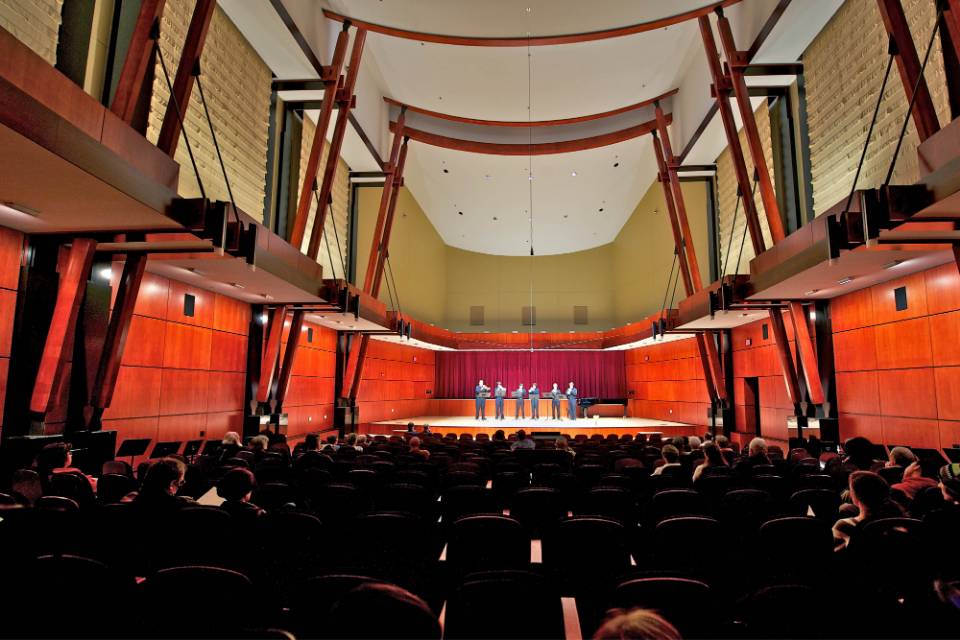 In addition to live concert streaming, UNCSA has added two pieces of art for the Watson lobby in honor of the 15th anniversary season: new wood furniture/sculptures by local artist Robert Kopf, and a large wood relief sculpture by Atlanta artist Tony DiLeo.

“The ability to livestream performances from Watson Hall will be invaluable both from an educational and an audience standpoint,” said Brian Cole, Dean of the School of Music. “Now, audiences and students all over the world can ‘tune-in’ to the high caliber performances and master classes taking place regularly in Watson Hall. We are honored to unveil this capability in the 15th anniversary year of this beautiful hall, and we are so grateful to Bill and Judy Watson for their commitment to UNCSA and commissioning  the new set of wood furniture, as well as our generous donors Christopher and Janet Rodie for commissioning the striking new sculpture adorning the principal wall of the lobby. We’re looking forward to many more rewarding musical experiences in Watson Hall in the coming decades.” 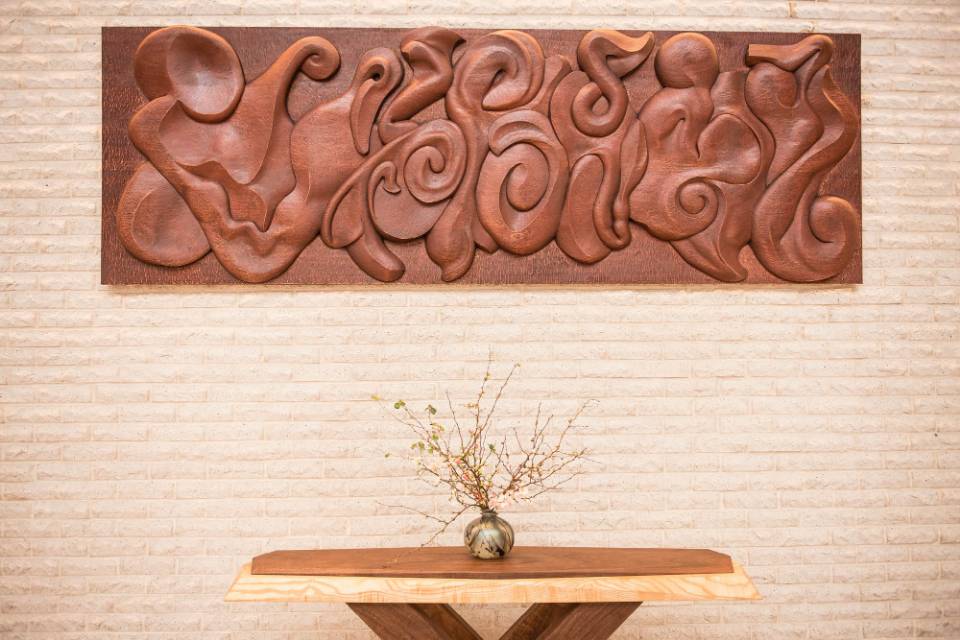 The concert and master class continue a collaboration between CMS and UNCSA’s Chrysalis Chamber Music Institute. The partnership, which began in October 2015, brings CMS artists to UNCSA for concerts and master classes at least twice a year, and offers the opportunity for selected students to travel to New York for coaching with CMS.

The Bill and Judy Watson Chamber Music Hall was dedicated in October 2003 with a concert featuring the Mendelssohn String Quartet performing the world premiere of William Bolcom’s “Eleventh String Quartet,” which was commissioned to celebrate the event, with the composer present. The hall seats 300 and houses two Hamburg Steinway grand pianos and a D. Jacque Way French double manual harpsichord. Designed by Calloway Johnson Moore & West, acoustical engineering firm Acentech and consultant Rein Pirn, the hall serves as the principle performance venue for the School of Music faculty and guest artist concert series, as well as a venue for several student chamber ensembles, graduating college senior recitals and second-year graduate recitals. The shape of the hall echoes the curves of a violin, as well as its wood (a warm, rich color). Black pilasters and sloping wood columns evoke the neck, strings and bridge of the instrument. A special “high volume, low velocity” HVAC system was designed to minimize ambient noise. The hall is also equipped with a recording studio. Since its opening, Watson Hall has been the site of more than 100 performances annually by faculty, students and guest artists, including performances and master classes by the Emerson String Quartet, Eighth Blackbird, Caroline Shaw, Frederica von Stade and Richard Goode, among others.

Judy and Bill Watson are long-time residents of Winston-Salem who have a great love for UNCSA students. Because of the Watsons’ generous philanthropy over the years, the hall was named in their honor.