Larry Rachleff, the acclaimed music director of orchestras at Rice University’s Shepherd School of Music, will lead the UNCSA Symphony Orchestra in a program of orchestral fireworks, including Igor Stravinsky’s “The Firebird” Suite and Johannes Brahms’ Symphony No. 2 in D Major at 7:30 p.m. Saturday, March 23 in the Stevens Center, 405 W. Fourth St.

Rachleff is known for his success in creating the renowned conservatory orchestral program at Rice, and he recently concluded a 21-year tenure as music director of the Rhode Island Philharmonic Orchestra. 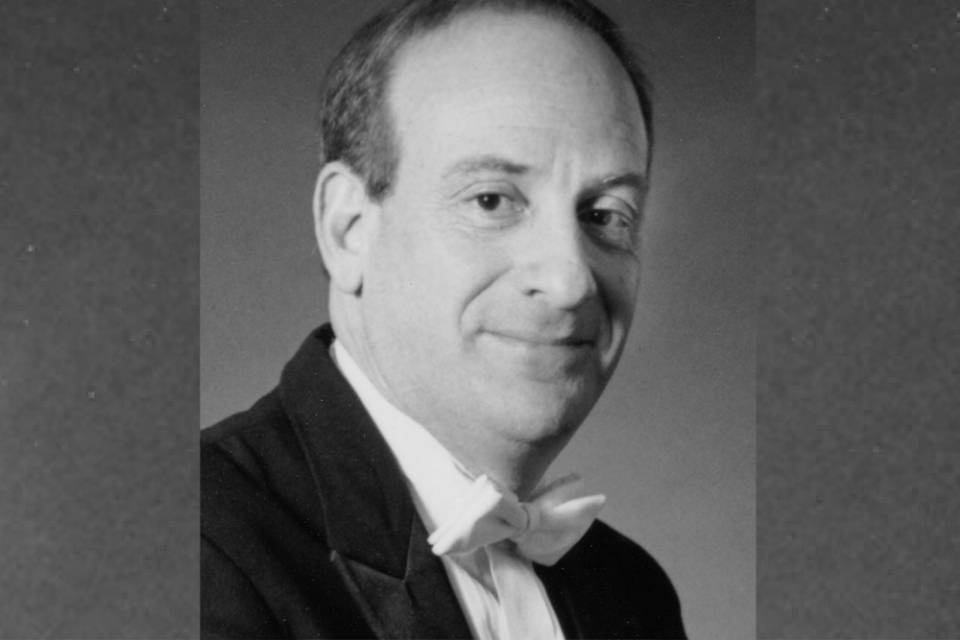 “In order to further develop our orchestral program, we’re bringing in outstanding guest conductors who have deep experience working with professional musicians,” said Brian Cole, Dean of the UNCSA School of Music. “One of the first names that came to mind was Larry Rachleff, who is not only an excellent conductor but also an incredible teacher. Having him at UNCSA will be an important experience for our students, and he will also be a great resource in helping us chart the course for this program for the next decade or more.”

One of these works, “The Firebird” Suite, features music from a score that Igor Stravinsky composed for a ballet of the same name premiered by  Sergei Diaghilev’s Ballets Russes  in 1910 in Paris. Rachleff praised the suite’s ability to evoke images of the ballet with very impressionistic and colorful music.

Also on the program is Brahms’ Second Symphony, composed in 1877 during the composer’s summer stay in Carinthia, Austria. It reveals Brahms’ growing mastery of the symphony genre; his First Symphony took 21 years to complete.

In order to further develop our orchestral program, we’re bringing in outstanding guest conductors who have deep experience working with professional musicians. One of the first names that came to mind was Larry Rachleff, who is not only an excellent conductor but also an incredible teacher.

Rachleff said  the Second Symphony is “packed with beautiful melodies,” including one in the first movement that recalls the composer’s famed “Lullaby.” The Second Symphony “is like holding the ‘Mona Lisa’ in your hands,” he said.

“A take-charge maestro who invests everything he conducts with deep musical understanding” (Chicago Tribune), Rachleff is in constant demand as a guest conductor. Recent engagements include the Utah Symphony, Houston Symphony, Seattle Symphony, Indianapolis Symphony, Kansas City Symphony, Phoenix Symphony, Dayton Philharmonic and Toledo Symphony, among many others. Summer festival engagements include Tanglewood, Aspen, Interlochen, Chautauqua, Brevard Music Festival, Music Academy of the West, Opera Theatre of Lucca, Italy and the Grand Teton Music Festival. In 1993, he was selected as one of four American conductors to lead the Cleveland Orchestra at Carnegie Hall under the mentorship of Pierre Boulez. In Fall 2017, Rachleff was inducted into the American Classical Music Hall of Fame (ACMHF).

Rachleff is especially noted for his rich and productive rapport with orchestra musicians. The Salt Lake Deseret News had this to say about him recently: “His interpretation (Prokofiev’s Fifth Symphony) was charged with power and passion that never waned. His reading was compelling, yet he also managed to bring out the lyricism that lies hidden beneath the boldness of the themes. What was especially remarkable, he conducted the work from memory. The orchestra played marvelously. The musicians were at the top of their game, and their rapport with Rachleff was obvious. It was a fabulous collaboration between orchestra and conductor.”

A former faculty member of Oberlin Conservatory, where he was music director of orchestras and conductor of the Contemporary Ensemble, he also served as conductor of the Opera Theatre at the University of Southern California. He has conducted and presented master classes all over the world, including the Chopin Academy in Warsaw, the Zurich Hochschule, the Sydney and Queensland, Australia conservatories, The Juilliard School, New England Conservatory, and Royal Northern College in the U.K.

Rachleff is an enthusiastic advocate of public school music education. He has conducted all-state orchestras and festivals in virtually every state in the United States as well as throughout Europe and Canada. He has also served as principal conducting teacher for the American Symphony Orchestra League, the Conductors’ Guild and the International Workshop for Conductors in the Czech Republic.

As a dedicated advocate of contemporary music,Rachleff has collaborated with leading composers including Samuel Adler, the late Luciano Berio, George Crumb, Michael Daugherty and John Harbison, among others.

Rachleff holds honorary doctorates in music from both Roger Williams University and Providence College, R. I..