Three students in the School of Music will tour with National Youth Orchestra.

Three high school students in the School of Music at UNCSA have been selected to participate in the National Youth Orchestra (NYO-USA) this summer. Composer Tyson Davis, double bassist Isaac Present and violinist Ruth Kelley are among the nation’s brightest young musicians chosen through a comprehensive audition process by Carnegie Hall’s Weill Music Institute.

The musicians will participate in an expense-paid three-week training residency at Purchase College in New York before embarking on a concert tour that includes performances at Carnegie Hall and Tanglewood Music Festival in addition to Great Britain, the Netherlands and Germany.

For a young musician, it doesn’t get much better than being selected for the National Youth Orchestra. Tyson, Isaac and Ruth are among the most talented artists of their generation, and they have the extraordinary opportunity to study with a stellar faculty and renowned guest artists this summer.

“For a young musician, it doesn’t get much better than being selected for the National Youth Orchestra,” said Brian Cole, Dean of the School of Music. “Tyson, Isaac and Ruth are among the most talented artists of their generation, and they have the extraordinary opportunity to study with a stellar faculty and renowned guest artists this summer. We’re excited for them, and very proud of the hard work and discipline they’ve demonstrated here at UNCSA.  Congratulations to them and to their faculty mentors in our School of Music.”

This summer, the NYO-USA Orchestra will be conducted by Sir Antonio Pappano, music director of the Accademia Nazionale di Santa Cecilia and the Royal Opera, Covent Garden. Faculty for the residency include concertmasters and principals of North America’s most renowned orchestras, including the New York Philharmonic; the MET Orchestra; and the orchestras of Atlanta, Boston, Houston, Philadelphia, Milwaukee, San Francisco, Montreal and Calgary, among others. Soprano Joyce DiDonato, winner of multiple Grammy Awards and the 2018 Laurence Olivier Award for Outstanding Achievement in Opera, will be guest artist.

Tyson Davis, who studies with Lawrence Dillon, is a senior from Raleigh. His is one of two apprentice composers chosen for NYO-USA 2019. He has the opportunity to write a short piece for large orchestra, which will be performed by the NYO-USA orchestra. He will participate in rehearsals of his piece with NYO-USA and its conducting staff, and will explore approaches to composition with award-winning contemporary composer Sean Shepherd and guest faculty. 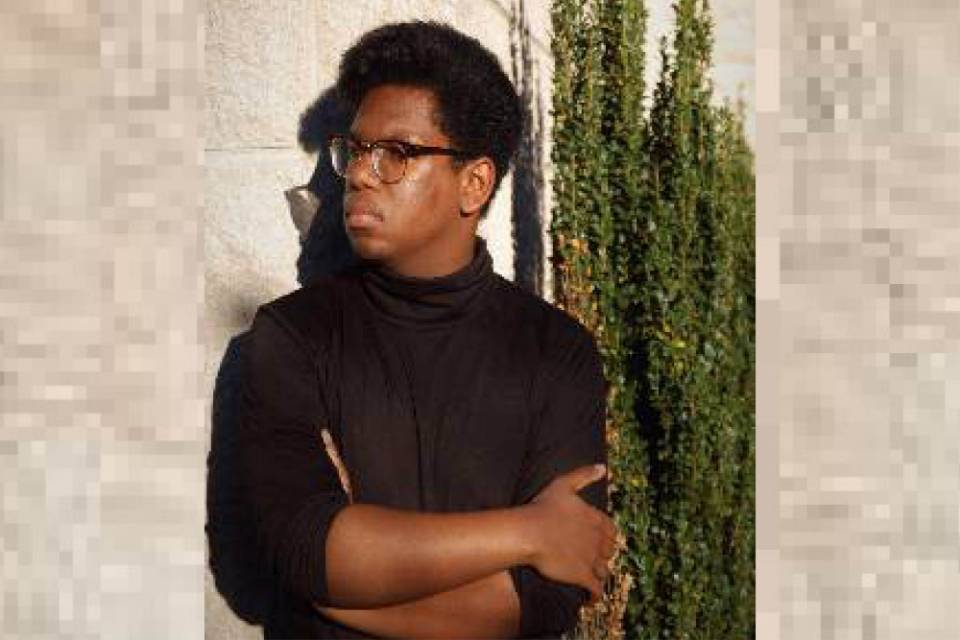 Davis’ works for chorus and percussion ensemble have premiered at Interlochen Summer Music Camp, where he earned the Fine Arts Award.  He has also attended Curtis Institute’s Summerfest, where he worked with David Ludwig and Jennifer Higdon.

Isaac Present, who studies with Paul Sharpe, is from Winston-Salem.  He began playing double bass at the age of 12 in the Paisley Middle School Orchestra. During his time at Paisley, he attended the All-County and Western Regional orchestras and performed as the principal bassist of the Winston-Salem Youth Symphony. 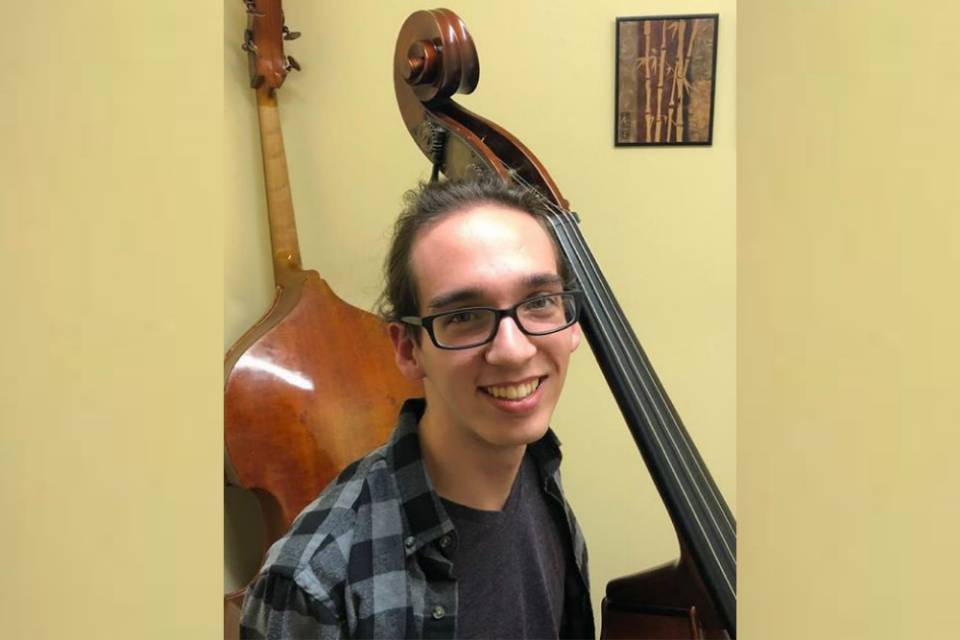 He has attended summer programs at UNCSA, the Fairbanks Summer Music Festival and Boston University’s Tanglewood Institute, where he served as principal bass for a concert.  He won the Winston-Salem Youth Symphony Concerto Competition in 2018 and performed three movements of Frank Proto’s "A Carmen Fantasy" with the orchestra in May 2017.

At UNCSA, Present has performed in the UNCSA Orchestra, Wind Ensemble, Bass Quartet and in a double bass duo.

He recently won first place in the annual talent hunt of Psi Phi Chapter of Omega Psi Phi Fraternity, and will compete in the fraternity’s district competition next month in Cary.

Ruth Kelley, who lives in Kernersville, studies with Kevin Lawrence. She started playing violin at age seven at the Indianapolis Suzuki Academy, where she participated in master classes by Zachary DePue and Nick Kendall, and placed in the Indiana State Young Hoosier Piano Competition (ragtime and contemporary divisions) three years in a row. 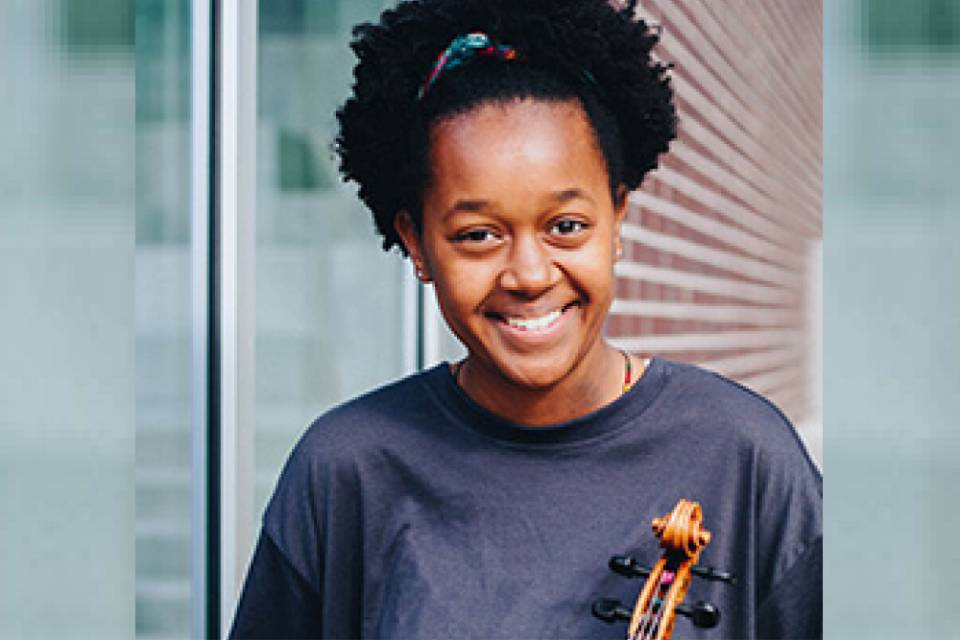 After to moving to North Carolina, she studied with Rachel Watson and Katherine Wiley, and she has played for a number of theater performances and films. In the summer of 2017 she attended Vermont’s Green Mountain Chamber Music Festival, and she has attended the Sphinx Performance Academy in Chicago for the past four summers.