The UNCSA School of Drama presents Tony and Grammy Award-winning “Spring Awakening,” the landmark rock musical that has left an emotional impact on audiences around the world. Directed by guest artist Gary Griffin, with guest artist Steven Freeman as music director, “Spring Awakening” features book and lyrics by Steven Sater and score by Duncan Sheik. Krisha Marcano, assistant dean of the School of Drama, is choreographer. 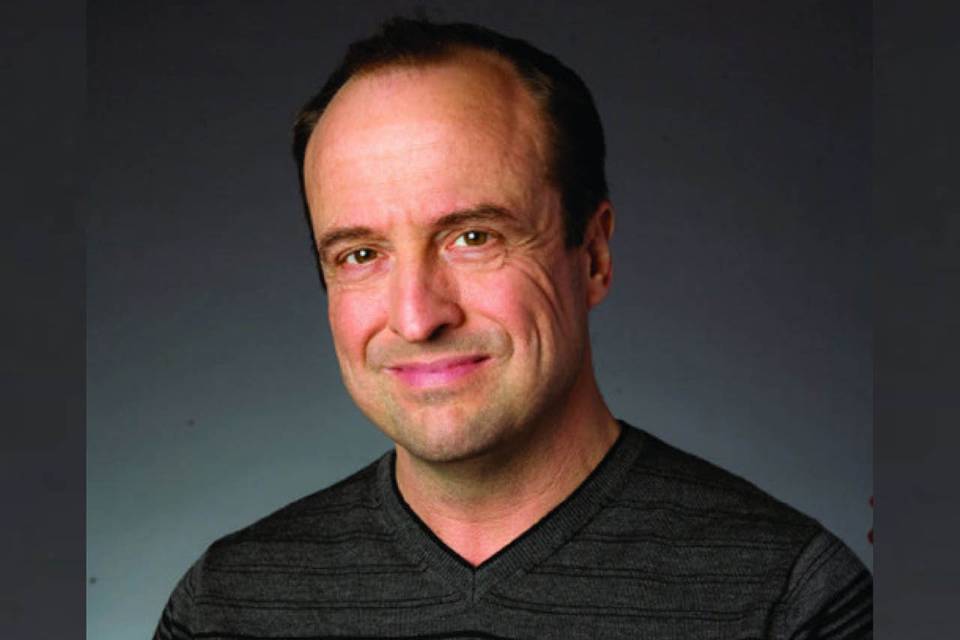 Gary Griffin directs seniors in the School of Drama in "Spring Awakening."

Adapted from the German play by Frank Wedekind, “Spring Awakening” is a powerful coming-of-age story played out in an electrifying fusion of adolescence and rock ‘n’ roll.

Set in a provincial town in 1890s Germany, the central characters, Melchior, Moritz and Wendla, are trying to come to grips with two clashing worlds: the confining, repressive society around them and their own world of sexual awakening, curiosity, confusion and pain. Themes explored include teenage angst, self-discovery, sex, violence and abortion (which is why this production is recommended for mature audiences only).

The original Broadway production in 2006 won eight Tony Awards, including Best Musical, Best Book and Best Score, and the original cast album won a Grammy Award. A revival in 2015 was nominated for three Tonys.

Griffin has been recognized for his critically acclaimed work in musical theater, including Broadway and off-Broadway and Chicago Shakespeare Theater, with 10 Joseph Jefferson Awards, a Laurence Olivier Award, and four Drama Desk Awards.

Freeman is familiar to local audiences as  guest musical director for the School of Drama’s popular musicals “Company” in 2017, “Side Show” in 2016 and “The Drowsy Chaperone” in 2015.

“The adolescents in “Spring Awakening” are trying to understand and survive what they’re feeling—the hell they’re negotiating,” Griffin says. “And in any good musical, when the characters’ feelings are so heightened that they can no longer speak, there is no other way to express what’s in their minds and hearts except through song and dance.”

Sheik’s music—along with Sater’s stunning lyrics—come from a contemporary place where the vehicle for expression is rock ‘n’ roll. “As we probably recollect from our own lives,” Griffin adds, “it’s the music of our youth that gives voice to our feelings and lets us work them out.”

"And in any good musical, when the characters’ feelings are so heightened that they can no longer speak, there is no other way to express what’s in their minds and hearts except through song and dance.”

Because the actors in UNCSA’s staging (seniors in the School of Drama) are close in age to the characters of “Spring Awakening,” Griffin wanted them to have input into certain aspects of the play. Costume designer Melina Hernandez says, “Gary and I talked about giving the performers in school uniforms agency to make choices about details of their costumes, like if their jackets are buttoned, if their socks are rolled down, or if their neckties are uneven,” she says. “The boys’ looks aren't about what they wear, but how they wear it.”

Similarly, as choreographer, Marcano encouraged the actors to create “moves” that would translate the characters’ anxiety, frustrations and confusion into expressive dance.

Griffin hopes that audience members will find their own ways of connecting to the play and perhaps be reminded of what it was like to be a teenager — however painful or exciting or confusing it might have been. “I hope you’ll see that the most challenging, most difficult, most obnoxious person in the room is the one who is hurting the most,” says Griffin. “As the director, I owe you something for coming to see this play: for you to be moved or provoked or changed in some way. But I promise you this: You won’t leave empty-handed.”

Gary Griffin is an award-winning theater director whose credits include productions on- and off-Broadway, for regional theater around the country, and in London. A respected member of the Chicago theater community for 32 years, he is the recipient of 10 Joseph Jefferson Awards for directing, the city’s most prestigious honor for artists working in theater. He also received the Artistic Achievement Award from the League of Chicago Theaters.

His Broadway credits include “The Color Purple,” nominated for 11 Tony Awards including Best Musical; “The Apple Tree,” Tony-nominated for Outstanding Revival; and “Honeymoon in Vegas.” Off-Broadway, he directed “Beautiful Thing” at Cherry Lane Theatre, “Saved” for Playwrights Horizons, and seven productions for City Center Encores. In 2018, he directed a one-night-only performance of Leonard Bernstein’s “Candide” at Carnegie Hall, about which Opera Wire said, “With such joyful music-making on this evening, it is a shame it was a one-night-only performance.”

Griffin was nominated for a Laurence Olivier Award as Best Director for “Pacific Overtures” in London. The production won the Olivier Award for Outstanding Musical Production. Among his many credits in Chicago theater, Griffin directed “Into the Woods” and “Parade” for Writers Theater Chicago and Sondheim’s “Road Show,” “Gypsy,” “Sunday in the Park With George,” “Follies,” “Passion,” “A Little Night Music,” and “Pacific Overtures” at Chicago Shakespeare Theatre.

Steven Freeman is a musical director whose Broadway credits include “Matilda: The Musical,” “Billy Elliott,” Irving Berlin’s “White Christmas,” “Damn Yankees,” “Chicago” and “Grease” (with Rosie O’Donnell). He has musically supervised international companies of “Chicago” in Buenos Aires, Moscow, Montreal, Seoul and Tokyo. He conducted the New York premiere of Stephen Sondheim’s “Saturday Night.” After joining the original company of “Forever Plaid” off-Broadway, he traveled to the West Coast to open the show in Los Angeles, where he received the L.A. Drama Critics Award for Best Musical Direction.

Krisha Marcano teaches musical theater dance in the School of Drama, and serves as the school’s assistant dean for student affairs and entrepreneurship. A professional dancer, singer and actor, she has performed on Broadway (including Squeak in the original production of “The Color Purple” with Gary Griffin as director from 2005-2008), and danced with Martha Graham Dance Company and Alvin Ailey American Dance Theater. She is the owner of The Artistry Center, providing private coaching to performing artists on artistic and entrepreneurial wellness.