This performance has been suspended.

Fourth-year students in the School of Drama conclude their season with “The Odyssey,” a play based on Homer’s 3,000-year-old epic poem, given a fresh approach by a classmate who directs the production as his senior thesis project.

At the conclusion of the Trojan War, Odysseus embarks on a 10-year journey to his home in Ithaca, hoping to reunite with his wife and son, Penelope and Telemachus, and reclaim his throne. Along the way he battles mystical creatures and faces the wrath of the gods, while at home Penelope and Telemachus fend off suitors who seek to replace Odysseus as king.

Renowned director and playwright Mary Zimmerman transformed the Greek epic of Odysseus and his journey home into a captivating play, condensing the approximately 12,000 lines of the original poem into an engaging adventure. Carlo Feliciani Ojeda, a senior in the School of Drama’s directing program, set out to make “The Odyssey” a theatrical experience, drawing on his heritage as an immigrant from Venezuela.

“Odysseus' journey relates to the immigrants' journey of finding a new home because it is not a clean straightforward journey,” Feliciani Ojeda said. “The quest of finding a home is always an immigrant experience. It is complex, and there are as many steps back as forward, and once an immigrant reaches their new home, constant challenges are thrown at them, and they must wear disguises or masks to hide who they are. The journey is psychological and physical and emotional and complicated. And there are many sacrifices along the way.”

Several members of the cast and crew have first-hand experience with the immigrant experience. Jon Demegillo, who plays Odysseus, immigrated from the Philippines to the San Francisco Bay area when he was 12.“What I hold dear to me in working on this play is that I come to rehearsals every night surrounded by fellow immigrants like myself,” said Demegillo. “It has been truly invaluable for the process to be surrounded by numerous people who have been through the same experience as I have. 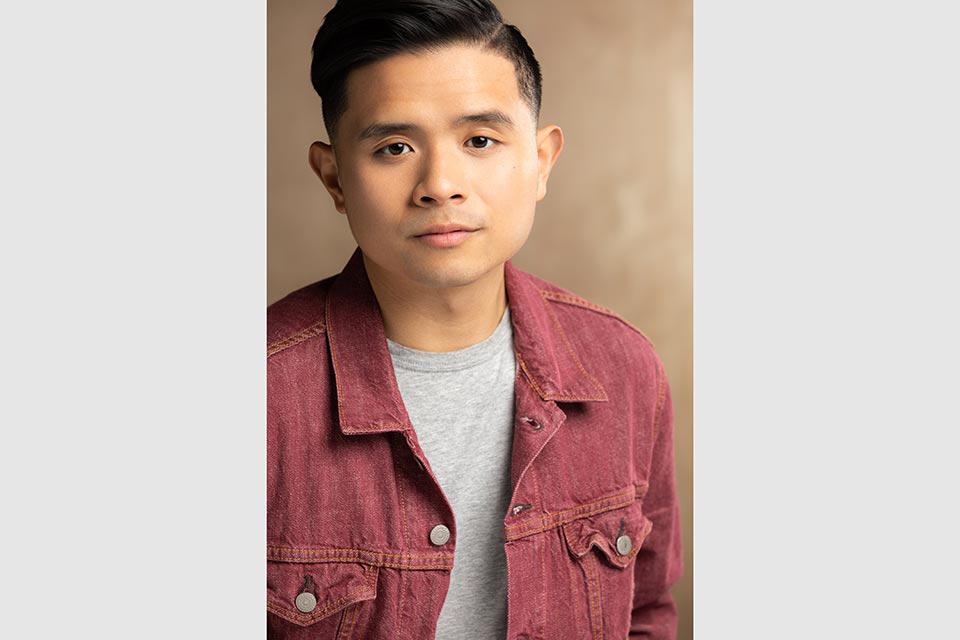 “In playing Odysseus, who becomes an immigrant of 20 years before returning home to Ithaca, I always harken back to the numerous sacrifices my own parents had to make in order for my brother and me to have the life we have now,” Demegillo continued. “My parents had to sacrifice the familiarity of home for unfamiliar and foreign customs. Watching my mom and dad watch their own parents grow old through daily phone calls, photos and video chats has been heartbreaking. For them, it’s all in service to building a better life for my brother and me here in America. I relate this with Odysseus’ numerous sacrifices to be far away from home to fight at Troy for 10 years and then to sail home for another 10 years.”

Feliciani Ojeda said his production will show what it takes to go home through various lenses—the actors, the text itself, the production elements, and the audience. “The questions that we will come up against are about storytelling … about who gets to tell what story, and how we choose to tell our stories versus being told what stories to tell,” he said.

Feliciani Ojeda has staged “The Odyssey” using elements from Venezuelan culture and history, and the company is performing Zimmerman’s text with the accents of Venezuela, Jamaica and Ireland. “We are utilizing the accents to dive deep into Venezuela and to see how different accents further develop characters and moments in the story,” the director said.

Written by Zimmerman in 1989, “The Odyssey: A Play” had its professional premiere in 1990 at Chicago’s Lookingglass Theatre Company, where Zimmerman is an ensemble member. She is also an artistic associate at the Goodman Theatre. She was awarded a MacArthur Fellowship in 1998, won the 2002 Tony Award for Best Direction of a Broadway Play for “Metamorphoses,” and has received more than 20 Joseph Jefferson Awards.

A critic for The New York Times said of her witty and irreverent adaptation, “This crafty theater artist has made it quite clear that she is out to entice everyone who has ever been bored to death by coercive school assignments and anyone who is likely to recoil at the mention of Homer.”

We’re all on a journey, and it actually takes a lot to go home. I hope that, as we follow along with Odysseus, we see ourselves in the characters returning home.

The UNCSA production adds an interactive element. “It won’t feel like you’re just sitting back passively watching a play,” Feliciani Ojeda said. “Some adventurous audience members will get to sit in special movable seats that are maneuvered by the cast to create a variety of locations and characters in the story.”

The director hopes his audiences will see themselves in Odysseus. “We’re all on a journey, and it actually takes a lot to go home,” he said. “I hope that, as we follow along with Odysseus, we see ourselves in the characters returning home. And as Athena is a guiding light for the hero, we should think about who the guiding light is in our own lives, giving us insights into who we are and showing us the way.”

Most of the 22 cast members play multiple roles, with a total of 50 individual characters. In addition to Demegillo, members of the cast include Justine Marler as Penelope and Polyphemus; Sam Sherman as Telemachus, Lotus Eater and Drummer; Deychen Volino-Gyetsa as Athena; Daniel Hiro Taylor as Eurymachus, Mentor and Young Menelaus; Jasper Keen as Antinous and Laodamas; and Patrick Monaghan as Poseidon, Menelaus, Halitherses and Second Neighboring Cyclops.