“Painted Love,” a 2019 senior thesis film by students in the School of Filmmaking, won a Judges’ Award at Joedance Film Festival, a Charlotte-based showcase for projects created in North Carolina, South Carolina, Georgia and Tennessee. In its 11th year, the festival was held online Aug. 6-8.

The film directed by 2019 Filmmaking graduate Michelle DeGrace was one of six short films by UNCSA students that screened in the festival’s new student film category.

“Painted Love” tells the story of a dreamer stuck in her dreary job of collecting debts who discovers a magical portal to a new world full of life and color. It was written by Ruby Scharf and Milena Saban and produced by Sam Varriale and Thatcher Johnson-Welden, with cinematography by Scharf, production design by Emma Friedman, editing by Milena Saban, sound design by Jacqueline Olivo and Saban and music by Tim Carlos. Varialle and Johnson-Welden are 2020 School of Filmmaking graduates. The others graduated in 2019. 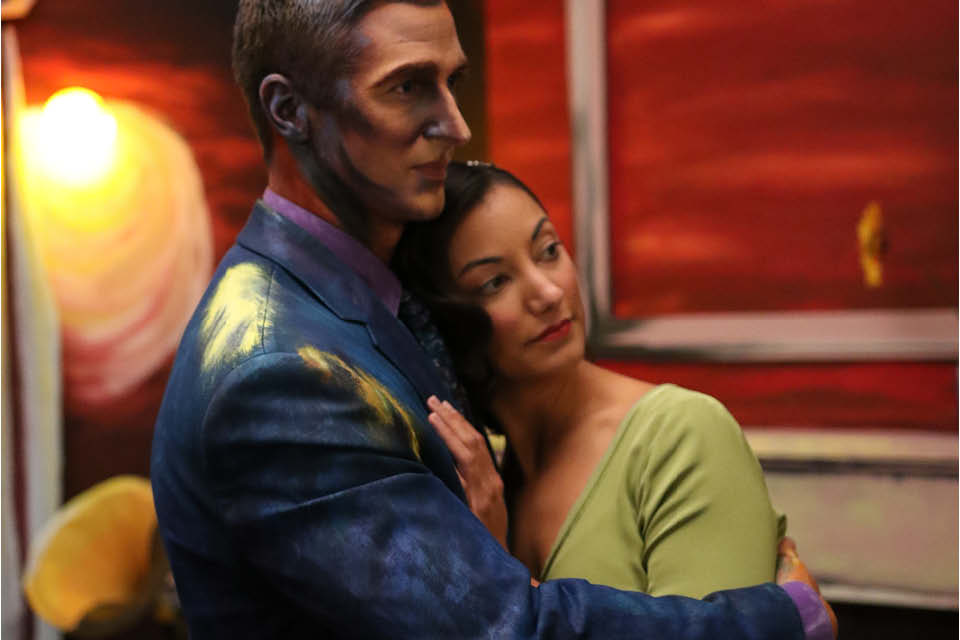 From the School of Design and Production, 2019 graduates Ashley Heller designed the costumes and Madison McLain designed wigs and makeup.

“Senior theses films like ‘Painted Love’ are the result of four years of collaboration by our students, often by their peers in the School of Design & Production, and their faculty mentors,” said Henry Grillo, interim dean of the School of Filmmaking. “Our students pour everything they have into producing very high-caliber short films, and it is gratifying to see their work received with such enthusiasm.”

“Festivals like Joedance can be a terrific launching pad for alumni who are building meaningful careers in the film and television industries,” Grillo said. “They also raise awareness of the expert faculty, state-of-the-art facilities and cutting-edge curriculum that we offer in the School of Filmmaking. We are grateful for the exposure provided by the Joedance organization.”

Held annually the first weekend in August, Joedance is a multicultural festival incorporating the power of cinema and performing arts to raise funds for pediatric cancer research. Hosted by the Charlotte Ballet Center for Dance, it honors the memory of Charlotte resident Joe Restaino, who died of bone cancer in 2010 at the age of 20.