From the early monster films of the 1930s to the Marvel Cinematic Universe, special effects makeup and prosthetics have come a long way. With the constant technological advancements in filmmaking, makeup artists have had to continuously innovate their techniques in order for effects to look as realistic as possible.

Berson starts with 1980s classic films highlighting special effects artists who created the industry. With all of them only utilizing practical effects (special effects makeup and prosthetics without any digital effects), these films give an excellent foundation for artists to build upon.

“An American Werewolf in London”

Berson describes “An American Werewolf in London” as an iconic moment for legendary special effects make-up artist Rick Baker. The 1981 horror comedy film led to Baker’s inaugural Academy Award for best makeup that same year - he later went on to win another six throughout his career, which is the current record for this award. The transformation of main character David Kessler into a werewolf, often described as one of the best transformation scenes in cinematic history, was completely done with practical effects and took Baker’s team months of preparation work and a week to shoot. Fans can see more of Baker’s work in “Men in Black,” “How the Grinch Stole Christmas,” “Hellboy” and “Maleficent” as well as the werewolf effects in the music video for Michael Jackson’s hit “Thriller.” 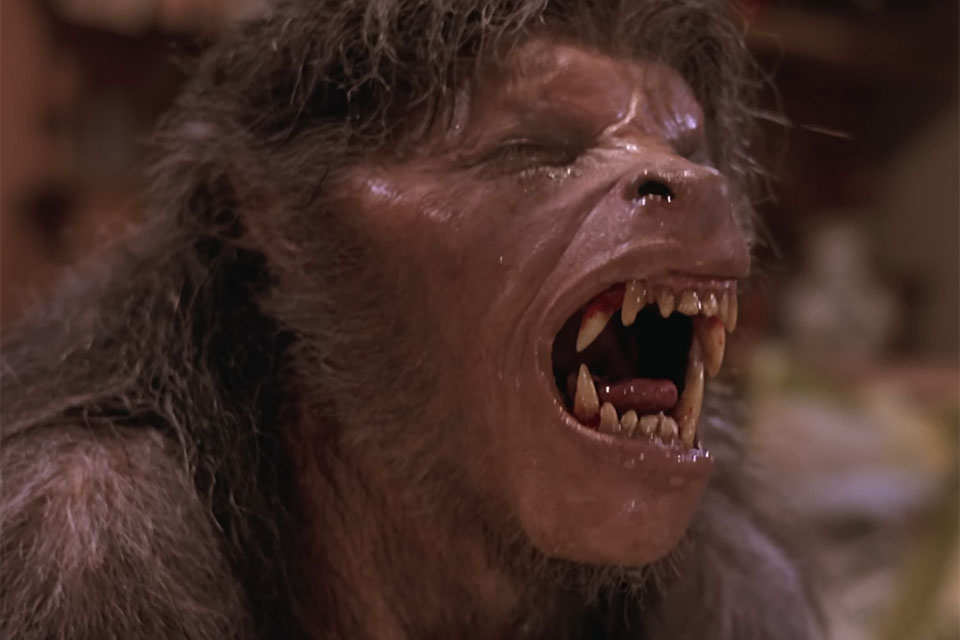 Watch the “An American Werewolf in London” transformation scene.

A classic gory/horror film, Berson says “The Thing” is particularly fun to watch knowing that everything was created with practical effects. “It has creatures being birthed out of organs and stomachs opening up and becoming giant mouths and legs shooting up out of it and it’s just disgusting and so good.” Lead special effects artist Rob Bottin, an apprentice of Baker, went on to work on major films like “The Witches of Eastwick,” “Robocop” and “Fight Club.”

Berson, an alumna of the graduate Wig and Makeup program, also enjoys the 2011 prequel and its mix of practical and digital effects. 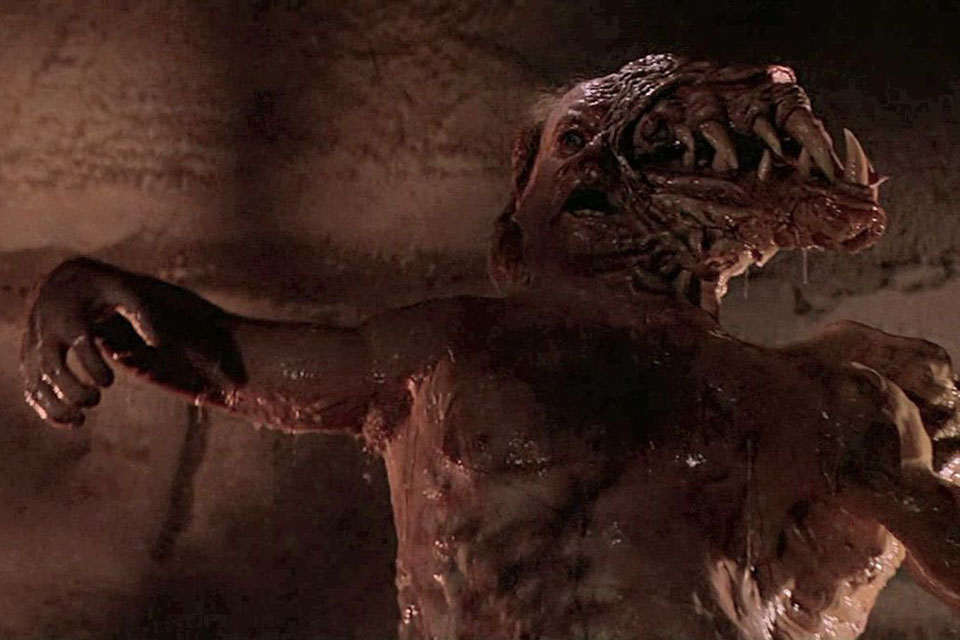 The iconic monster and gore effects in cult-classic “The Thing” were created by lead special effects artist Rob Bottin.

Academy Award-winning makeup artists Dick Smith (nicknamed “The Godfather of Makeup” for his extensive career and work on “The Godfather” franchise) and Paul LeBlanc made this 1984 period film a classic for their old-age makeup method, used most notably on lead actor F. Murray Abraham. Utilizing overlapping full face foam latex prosthetics, a revolutionary technique for the time, Berson notes that this film changed the way that people do prosthetic makeup. She adds that as a bonus, “Amadeus” features highly-skilled wig styling work and beautiful costume design. 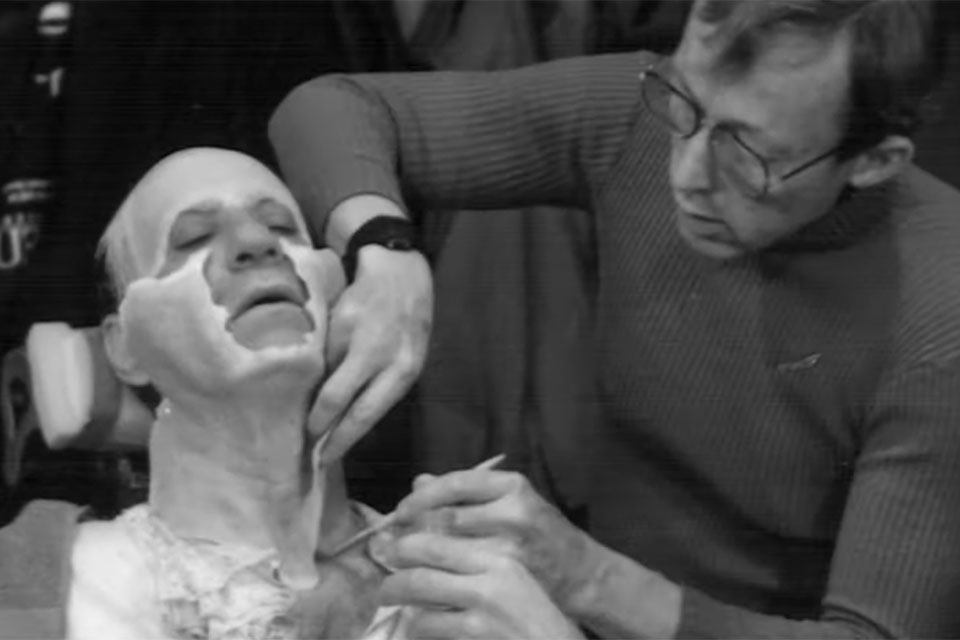 While many films made during the late 1980s and early 1990s were starting to combine digital and practical effects, Berson says that the 1988 cult classic “Beetlejuice” is notable because it is completely done with a combination of practical effects and puppetry. Special effects makeup artist Ve Neill, also known for her work on “Mrs. Doubtfire” and “The Hunger Games” franchise, has become a household name from the SyFy reality show “Face Off” where prosthetic artists compete to create the best prostheses. 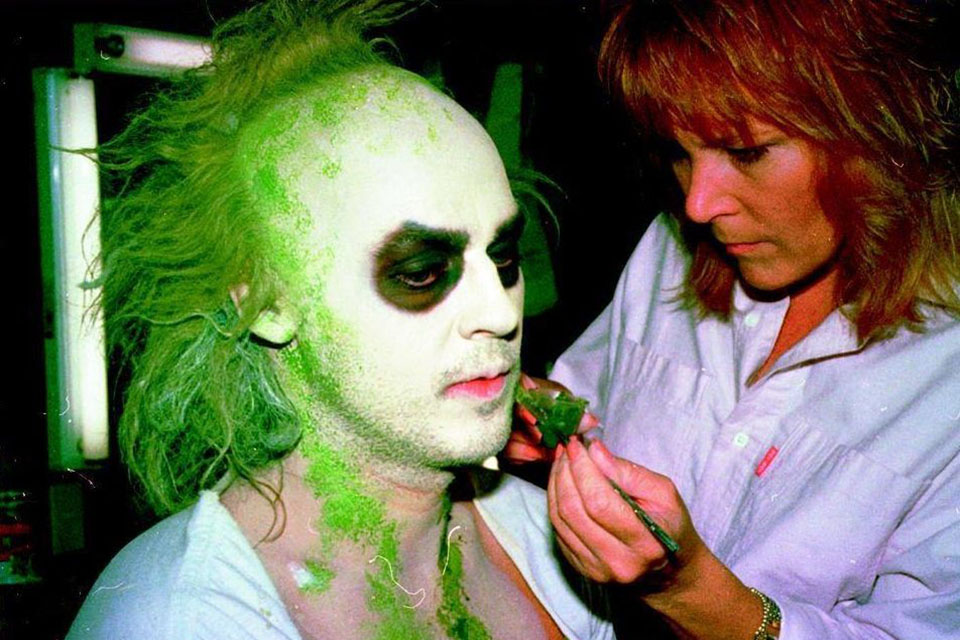 A Merger of Practical and Digital FX

While the use of computer generated imagery, more commonly known as CGI, in film goes back to the 1950s, Berson points to films in the early 1990s to really showcase the emergence of a blend of practical and digital effects. This combination is what she calls “the new normal” for special effects makeup and prosthetics in films.

Another for makeup designer Dick Smith, the 1992 dark comedy “Death Becomes Her” utilized a combination of prosthetics and groundbreaking CGI technology to create effects that looked exceptionally realistic for the time. Smith, also known for his work in “The Exorcist” and “Taxi Driver,” worked with the filmmaking team to create the more dramatic and chilling moments, like Meryl Streep’s twisted neck and the hole in Goldie Hawn’s torso, while also utilizing established makeup techniques like age makeup and Goldie Hawn’s fat suit. The combination of effects established in “Death Becomes Her” went on to become the basis of effects for major films throughout the 1990s. As Berson says, ”’Death Becomes Her’ walked so ‘Jurassic Park’ could run.” 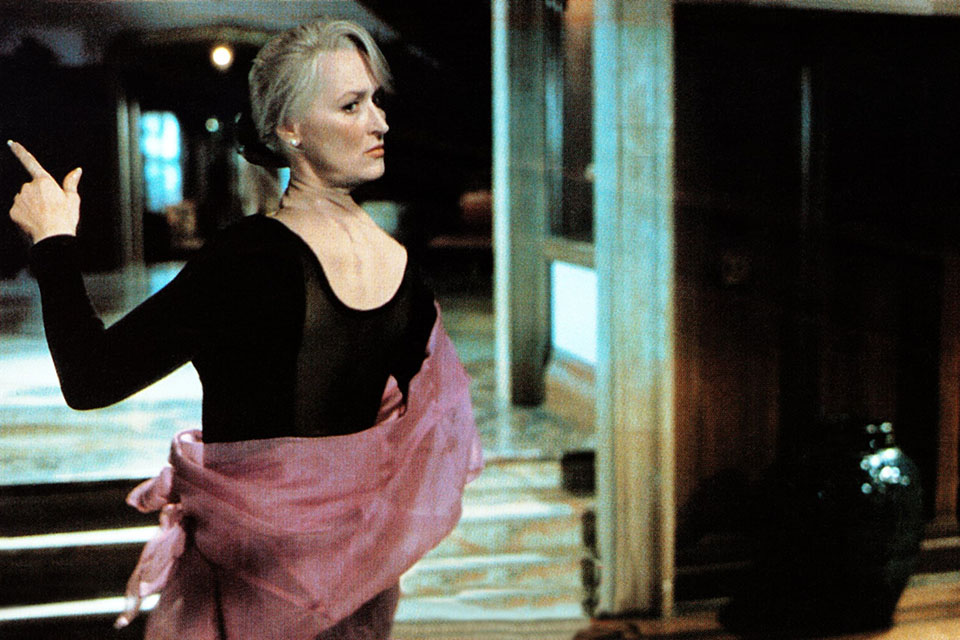 Berson adds “Jurassic Park” to the list as the first big blockbuster movie that truly incorporated both practical and digital effects and created something that she calls “next level.” A personal favorite of Berson’s, “Jurassic Park” is an excellent example of special effects artist Stan Winston’s work in blending animatronics, prosthetics and CGI. You can see more of Winston’s work on major science fiction action films including “Predator,” “Aliens,” “Avatar” and the “Terminator” franchise. 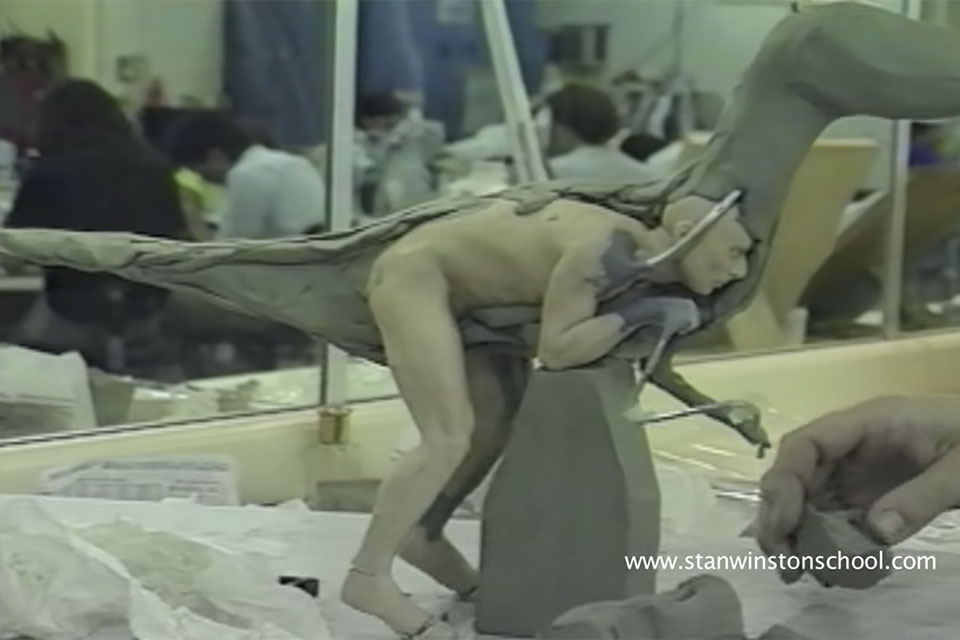 Learn how the raptor suits were made for "Jurassic Park," overseen by special effects legend Stan Winston.

Though a more recent film, Berson says that the 2015 action period drama “The Revenant” is a skillful example of a mix of practical and digital effects, specifically referencing lead actor Leonardo DiCaprio’s bear attack and subsequent wounds. “This was one of the first films to really feature encapsulated silicone, which now five years later has become industry standard and a technique we teach in our prosthetics classes” notes Berson. Makeup artist Sian Grigg has worked as DiCaprio’s makeup artist in “The Wolf of Wall Street,” “The Great Gatsby” and “Django Unchained.” 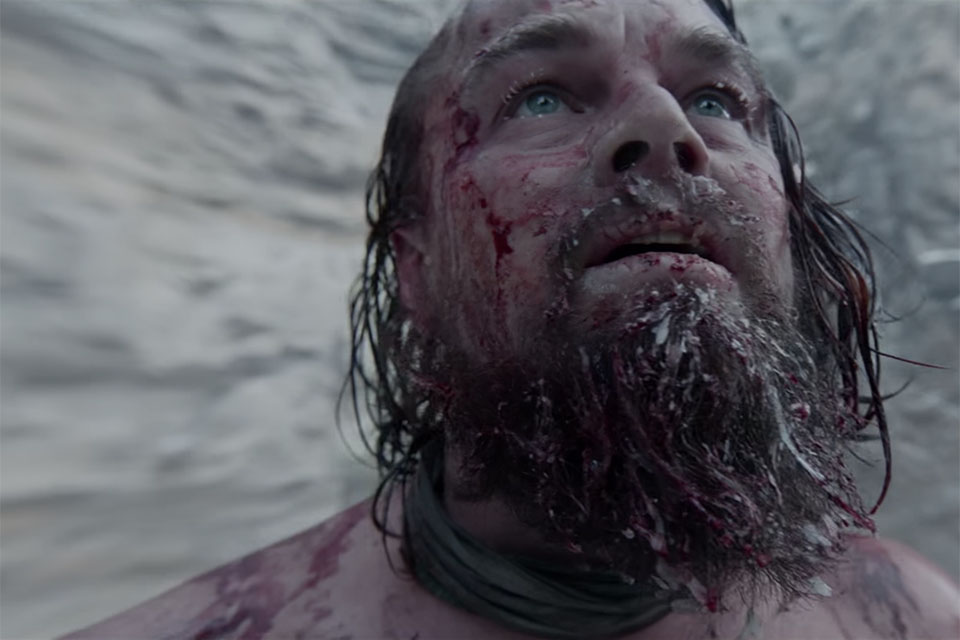 Watch the cast and crew from “The Revenant” discuss the special effects makeup designed by makeup artist Sian Grigg.

Looking at films created in the last 10 years, Berson says that an emergence of hyper-realistic special effects prosthetics have become more and more common to change an actor’s appearance in a way that feels authentic and can also stand up to the scrutiny of high definition televisions.

Berson lists this post-apocalyptic action film because she believes that lead special effects artist Lesley Vanderwalt did an amazing job at creating a world that was realistic but still heavily fantasy. She explains the challenging technical aspects of the film: “the scarification on the War Boys is made with transfers, which was a relatively new style of prosthetic at the time, and the appliances had to endure long filming days in extreme heat and dust.” You can also see the New Zealand-based artist’s work in “Aquaman,” “Alien: Covenant” and “Moulin Rouge!” 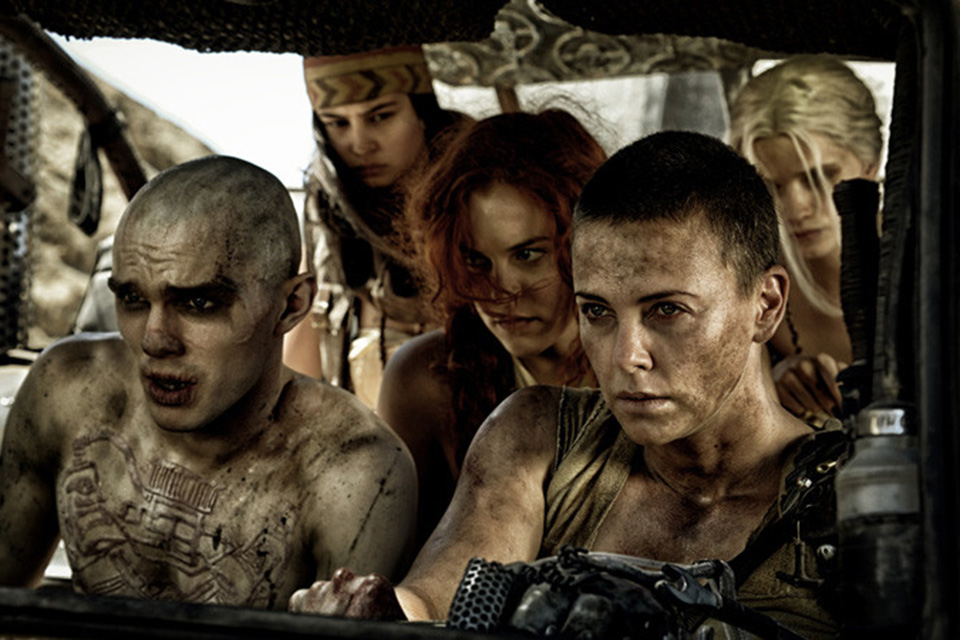 The precise work of Academy Award-winning special effects makeup artist Kazu Hiro, formerly known as Kazuhiro Tsuji, in the 2019 film “Bombshell” amazed audiences for his transformations of Charlize Theron and Nicole Kidman into Fox News anchors Megyn Kelly and Gretchen Carlson, and John Lithgow into former CEO Roger Ailes. While many people associate prosthetics in film with monsters and gory/ horror work, Hiro, also known for “Darkest Hour,” “The Curious Case of Benjamin Button” and “Planet of the Apes,” focused on extreme realism on the prosthetics in this film, which Berson describes as “extremely subtle and really beautiful, seamless pieces.” 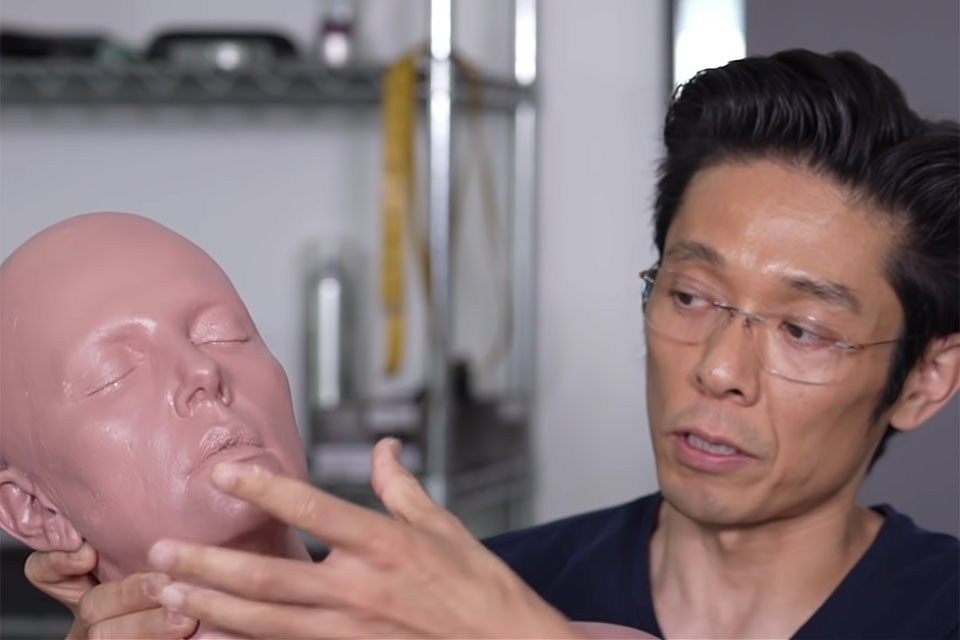 Berson points to HBO’s “Westworld” as a good example of a series with a wide range of hair, makeup and prosthetics. “From the main actor’s tattoo cover to the wigs worn throughout the series to the blood and gore effects, ‘Westworld’ gives a pretty comprehensive look at everything our department teaches.” Series makeup artist Christien Tinsley, known for his Academy Award-winning work in “Passion of the Christ,” flawlessly combines futuristic and period work in this science fiction-thriller show. 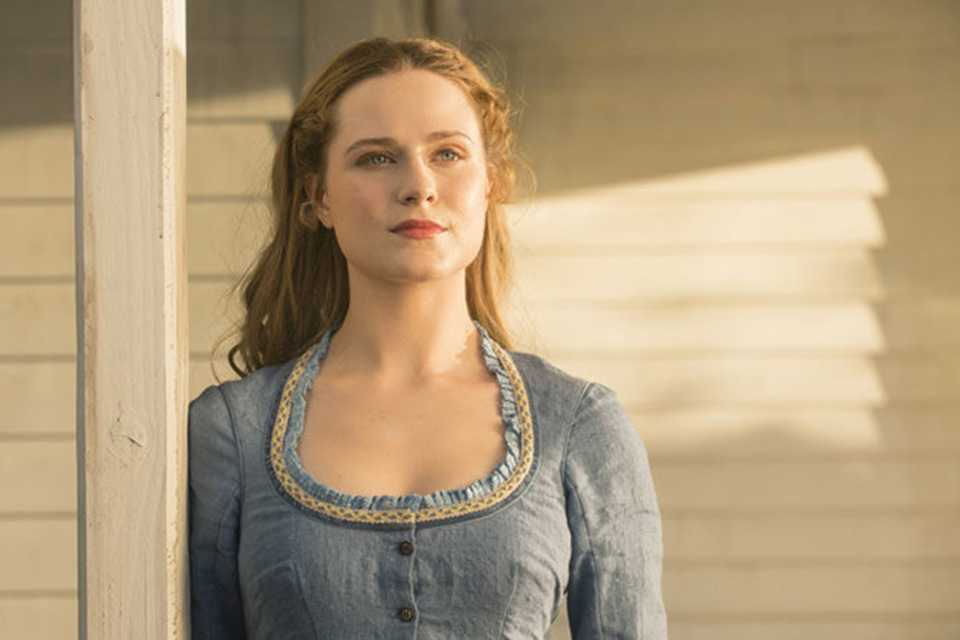