Stephen McKinley Henderson will speak at UNCSA commencement, Saturday, May 22

UNCSA announced March 17 that it would hold in-person commencement ceremonies following COVID-19 safety protocols and adhering to state restrictions in place at the time of the events. Both ceremonies will be livestreamed and will utilize the jumbo video screen at the ballpark. 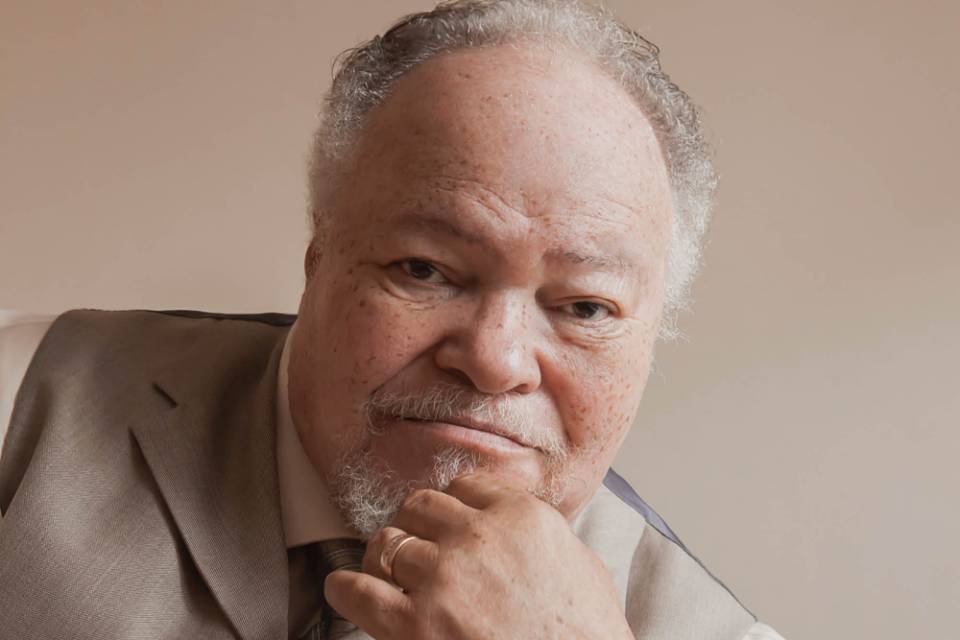 Stephen McKinley Henderson is an alumnus of the UNCSA School of Drama.

Henderson, a 1972 graduate of the School of Drama, has worked on stages throughout the United States, abroad, on Broadway, off-Broadway, and in television and film. He is particularly well known for his work with August Wilson’s Century Cycle, a collection of 10 plays that chronicle the experiences and heritage of Blacks in 20th-century America. He has appeared in five films that have been nominated for Academy Awards as best picture: Greta Gerwig’s “Lady Bird”; Steven Spielberg’s “Lincoln”; Kenneth Lonergan’s “Manchester by the Sea”; Stephen Daldry’s “Extremely Loud and Incredibly Close”; and Denzel Washington’s “Fences.” In 2017, Henderson won a Virtuoso Award from the Santa Barbara International Film Festival for his work in “Fences,” by Wilson, which starred Denzel Washington and Viola Davis.

For his work on stage, he has been nominated for a Tony Award and is the winner of an Obie Award, a Lucille Lortel Award and the Richard Seff Award from Actors’ Equity Association.

He can be seen in cinemas and on HBOMax this fall in the all-star ensemble cast of Denis Villeneuve’s long-awaited adaptation of Frank Hebert’s sci-fi classic, “Dune.”

“Stephen McKinley Henderson is among the most respected actors of our time,” said Cole. “Throughout his career he has appeared in important works that give context to our history and provide perspective for issues we face today, doing exactly what we are called to do as artists. He has also enjoyed a distinguished career as an arts educator. I am proud to offer our graduates an opportunity to hear his message.”

In an eloquent obituary for playwright August Wilson, Michael Feingold of the Village Voice wrote, “To think of the great characters and scenes in August’s plays is to think of an epic parade of great African American actors who have seized their moment to make theater history: James Earl Jones and Mary Alice in ‘Fences,’ Charles S. Dutton in ‘Ma Rainey’ and ‘The Piano Lesson,’ S. Epatha Merkerson confronting him in the latter, Roscoe Lee Browne sagely ironic in ‘Two Trains Running,’ Stephen McKinley Henderson oozing malice in ‘Jitney,’ Ruben Santiago-Hudson and LisaGay Hamilton glaring a skyful of weaponry at each other in ‘Gem of the Ocean.’”

In addition to his award for the film version of “Fences,” in the 2010 Broadway revival, Henderson received a Tony nomination and was presented with the Richard Seff Award for outstanding supporting actor from Actors’ Equity Association. He won Obie and Lucille Lortel awards as outstanding lead actor for his work as Pops in Stephen Adley Guirgis’ “Between Riverside and Crazy.” The play premiered at the Atlantic Theater Company and moved to the Second Stage Theater in 2015, receiving The Pulitzer Prize for Drama that season.

The last of Henderson’s six Broadway roles was Torvald in the heralded replacement cast of “A Doll’s House, Part 2” with Julie White in 2017. Off-Broadway his seven roles include Pontius Pilate in the LAByrinth Theatre Company’s production of “The Last Days of Judas Iscariot,” directed by Phillip Seymour Hoffman. Henderson has been part of several productions at the John F. Kennedy Center for the Performing Arts, most notably as a member of the acting company for Kenny Leon’s historic staged readings of August Wilson’s entire American Century Cycle in 2008. In the fall of 2013 Henderson served as Ruben Santiago-Hudson’s associate artistic director for audio recordings of Wilson’s Cycle which were livestreamed throughout the cyber world from WNYC/NPR’s Greene Space.

In fall of 2016 Henderson was the Denzel Washington Endowed Chair at Fordham University. He is a Fox Foundation Fellow, a master teacher for The Lunt-Fontanne Ten Chimneys Fellowship Program, and a Distinguished Alumnus of Purdue University Graduate School, College of Liberal Arts.

Henderson delivered the commencement address and was conferred Juilliard’s Honorary Doctor of Fine Arts in 2017, nearly 50 years after he auditioned for John Houseman and Michael Kahn and became a member of Group l, Juilliard Drama Division in 1968. Houseman cited Henderson’s work as a student in his memoir, “Final Dress.”

He completed his conservatory training at the then-North Carolina School of the Arts (B.F.A.) where he served as president of the student government, and at Purdue University Graduate School (M.A.).

During his 30 years as faculty for the Department of Theatre and Dance at the State University of New York at Buffalo, Henderson served periods as head of performance and department chair. He retired as professor emeritus in 2016.