“You are the essential workers whose workplace has been closed for a dangerous length of time. Our country needs your services,” celebrated character actor Stephen McKinley Henderson told graduates of two classes at UNCSA on Saturday. Henderson, who received a Bachelor of Fine Arts from UNCSA in 1972, also received an honorary Doctor of Fine Arts at the commencement ceremony.

The in-person ceremony honored the Class of 2021, as well as the Class of 2020, whose celebration last year was held virtually due to the COVID-19 pandemic. Saturday’s ceremony was also livestreamed; watch Henderson's commencement address below:

“Throughout this pandemic we have binged on great films, documentaries and episodics,” Henderson said. “While quarantined, shut down or simply being cautious, our televisions have been great solace to us. However, there has also been a fatally tragic lack of empathy in our country. The security officers at our Capitol building in Washington have felt it. Black mothers across this country have felt it. Immigrant children and Asian American senior citizens have felt it. Synagogues have felt it. All people of conscience have felt it.”

Henderson said his experience at UNCSA half a century ago taught him the importance of the arts in creating empathy. “In the 1970s the America I was living in seemed hostile toward me. I came to this campus and found a greater America than I was living in,” he said. “That generosity and hospitality moved from friendship to kinship, and I found family in every ensemble I was a part of.”

Henderson quoted Pulitzer Prize-winning film critic Roger Ebert, who said, “Film is the ultimate empathy machine.” But Henderson expanded the notion to include live performance: “Live performances are empathy clinics. I beg you young artists to accept your role as alchemists of empathy, sorcerers of empathy, magicians of empathy,” said Henderson, an award-winning actor who has worked on stages throughout the United States, abroad, on Broadway, off-Broadway, and in television and film.

“There is a great civility to citizens gathering in museums, concert halls, opera houses and theaters,” Henderson said. “Gathering not knowing what political or religious affiliation of the person standing or seated next to them might have — each experiencing creative expressions through their own personal lens to the same performance of fine art in the same moment.”

He continued, “It’s not their team’s side of the stadium, or an opposing team’s section of the bleachers that they are sitting in. They are one audience united in their amazement at the leaps and landings of the extraordinary human bodies dancing before them. At a live performance joyous laughter and unexpected tears unite an audience across all racial, cultural and gender divisions.” 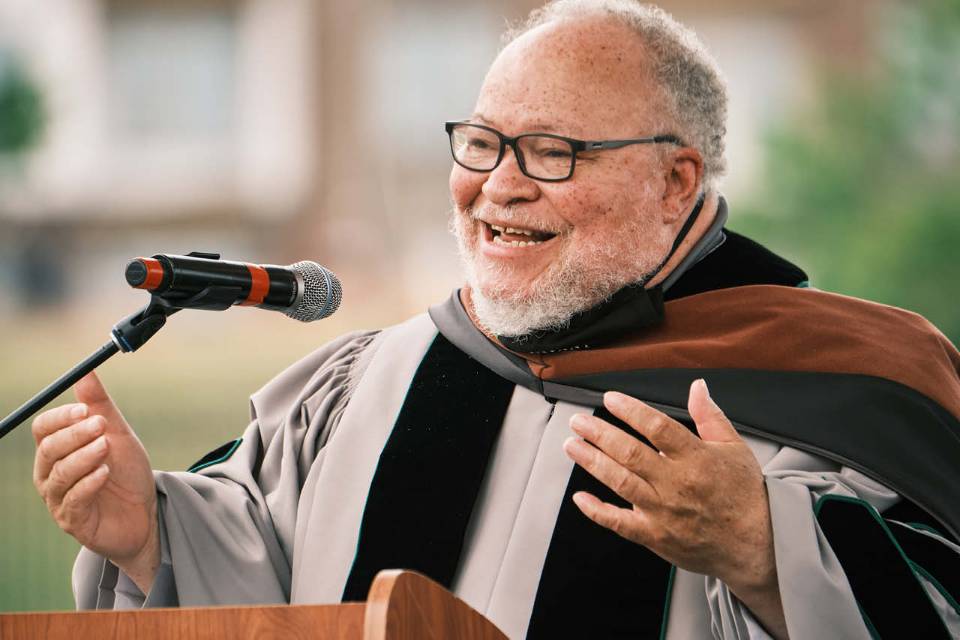 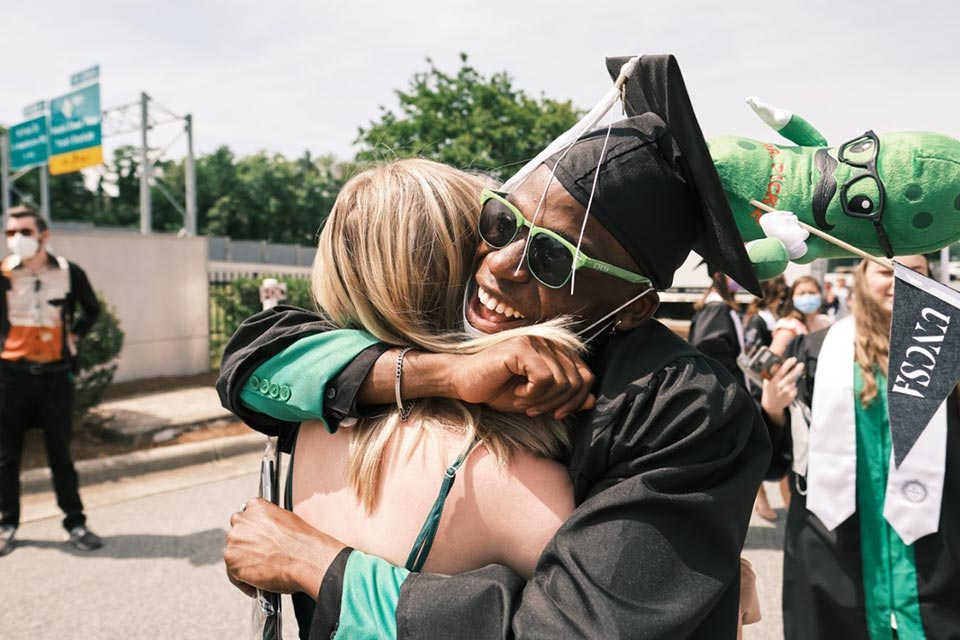 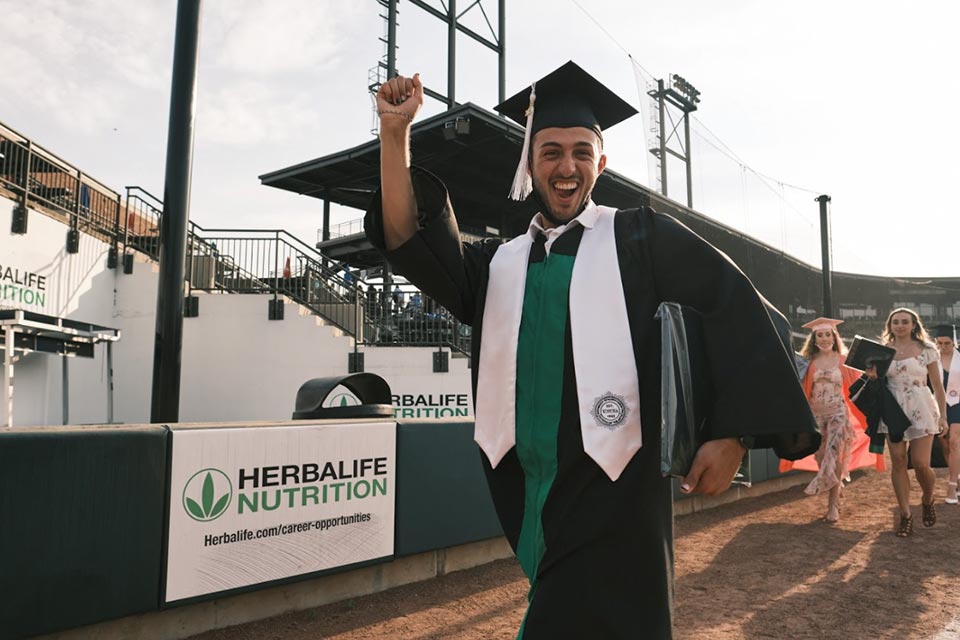 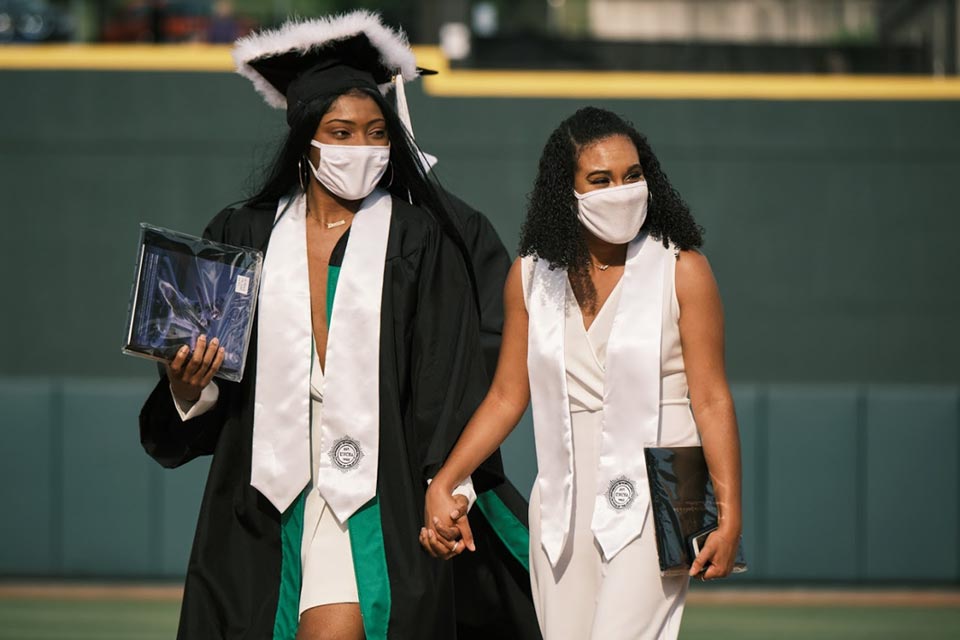 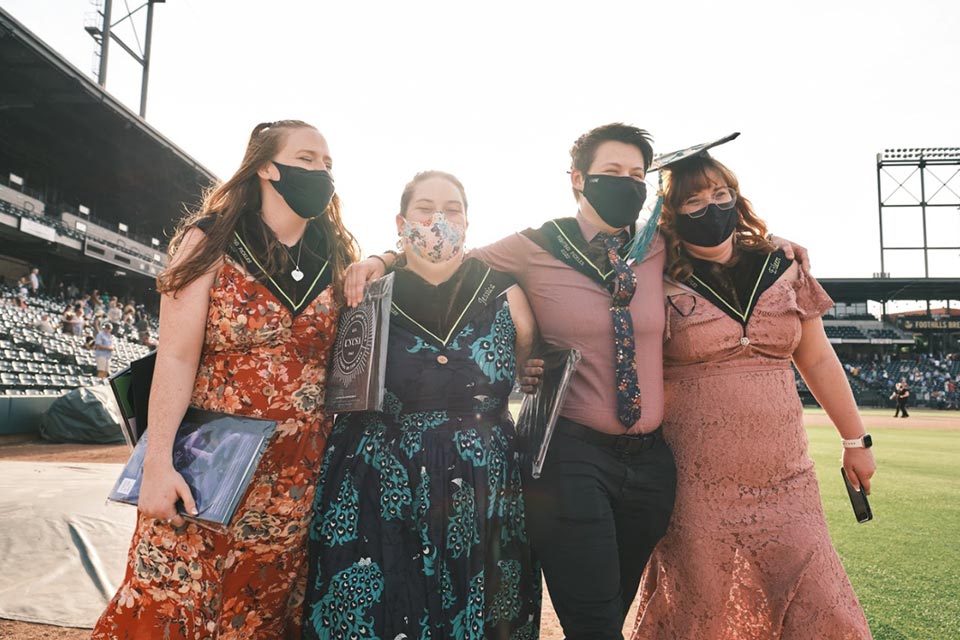 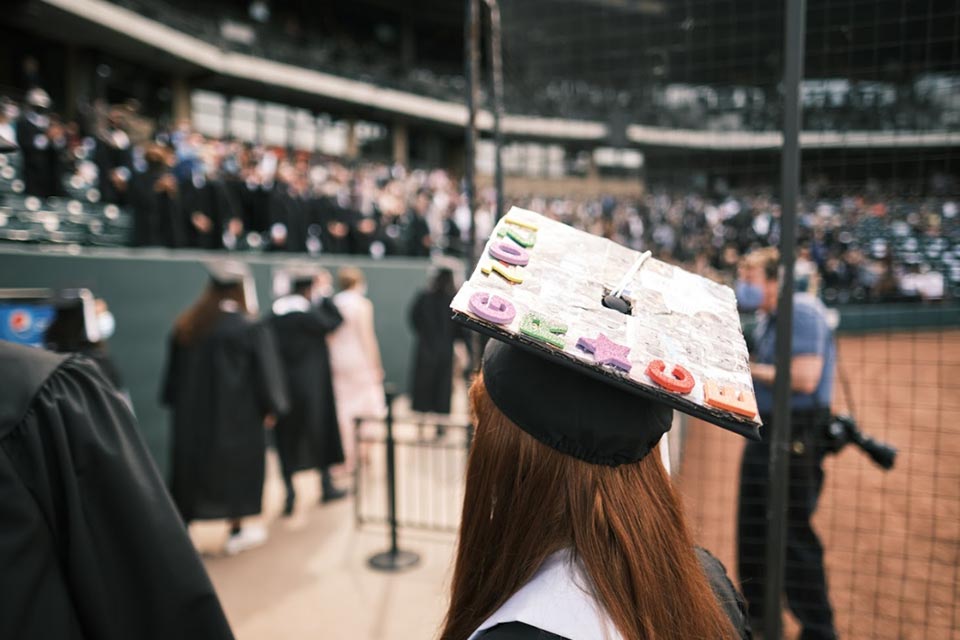 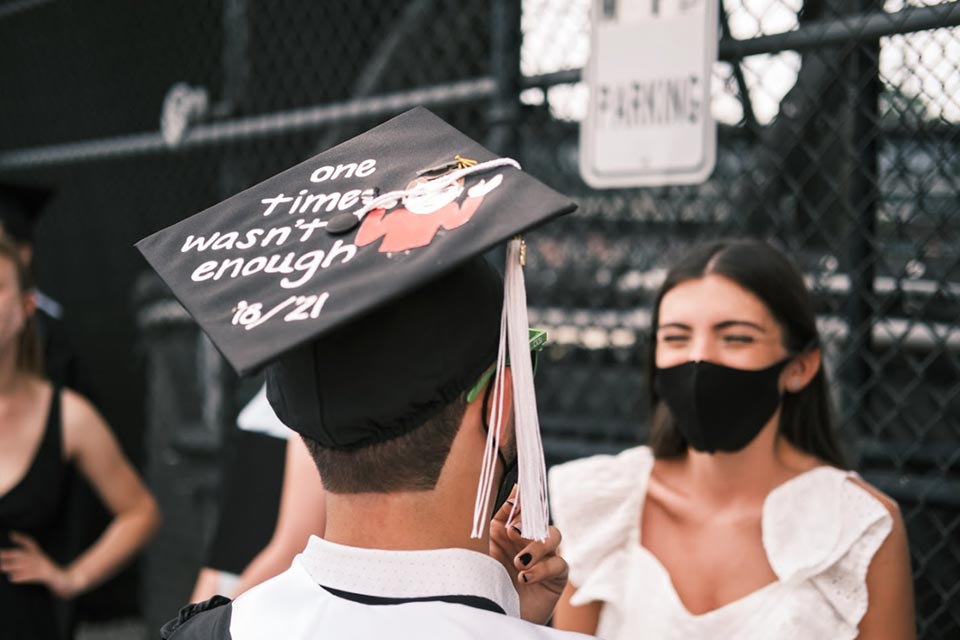 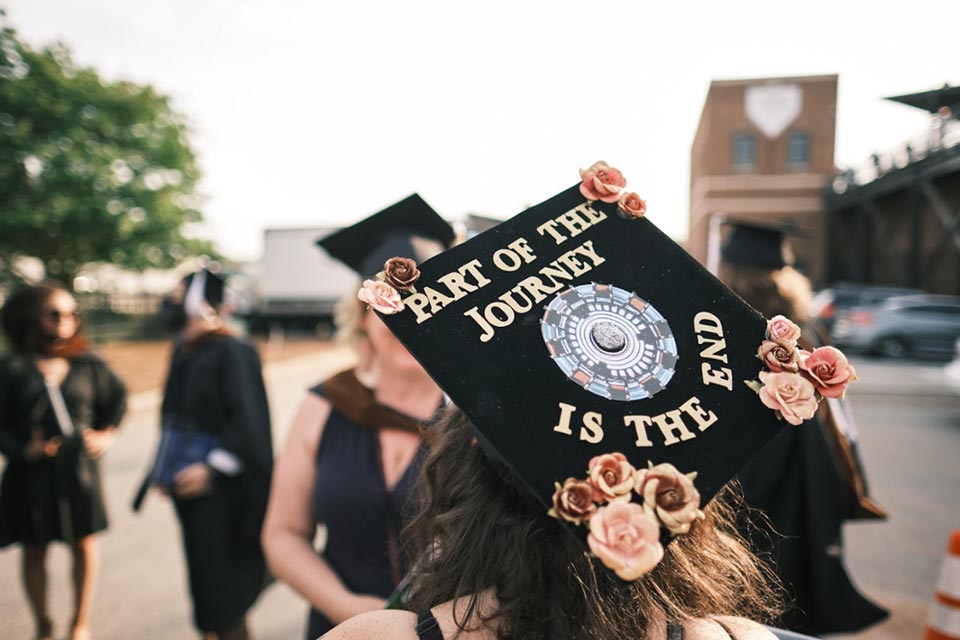 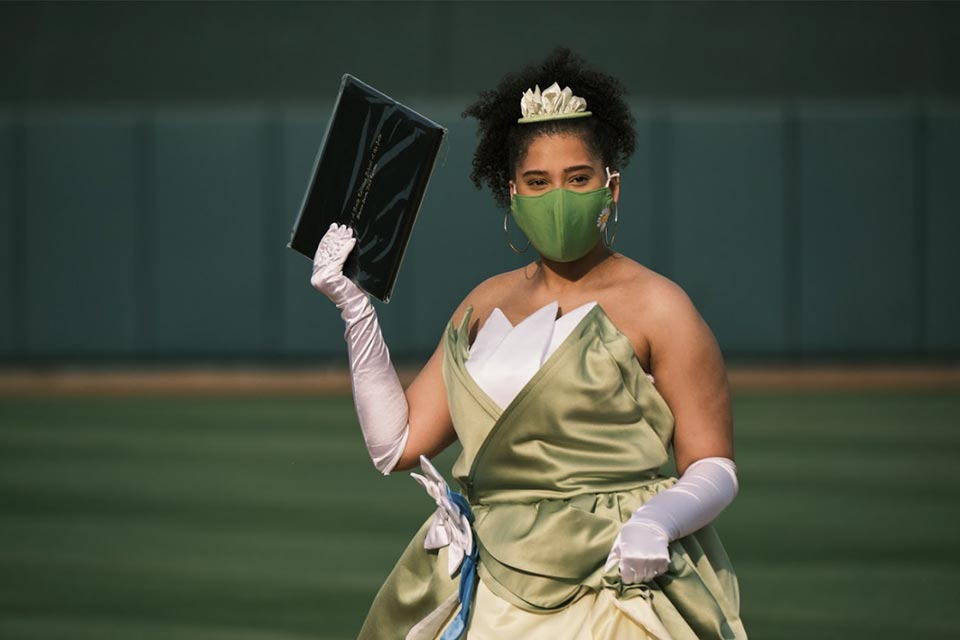 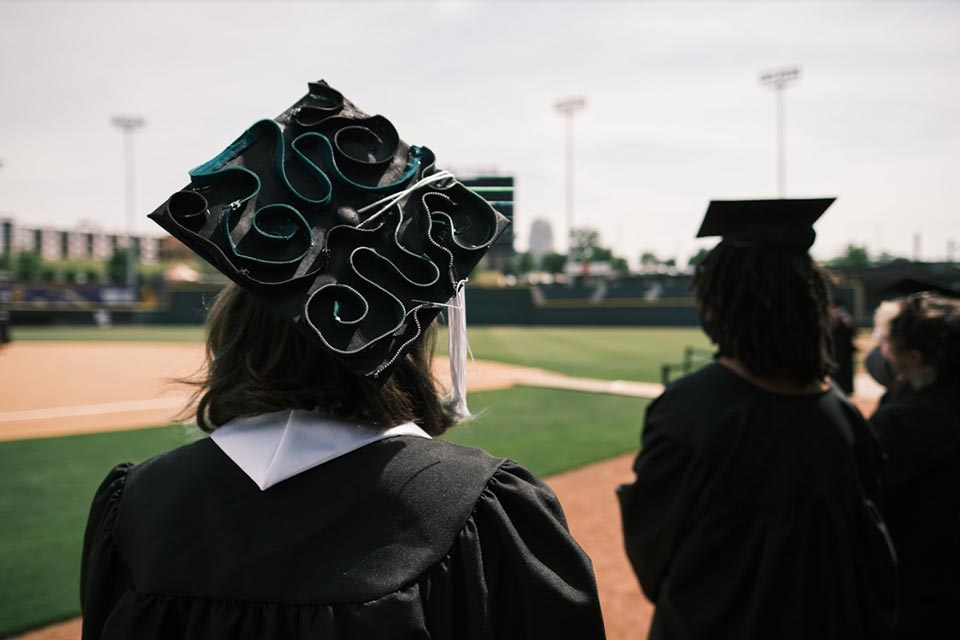 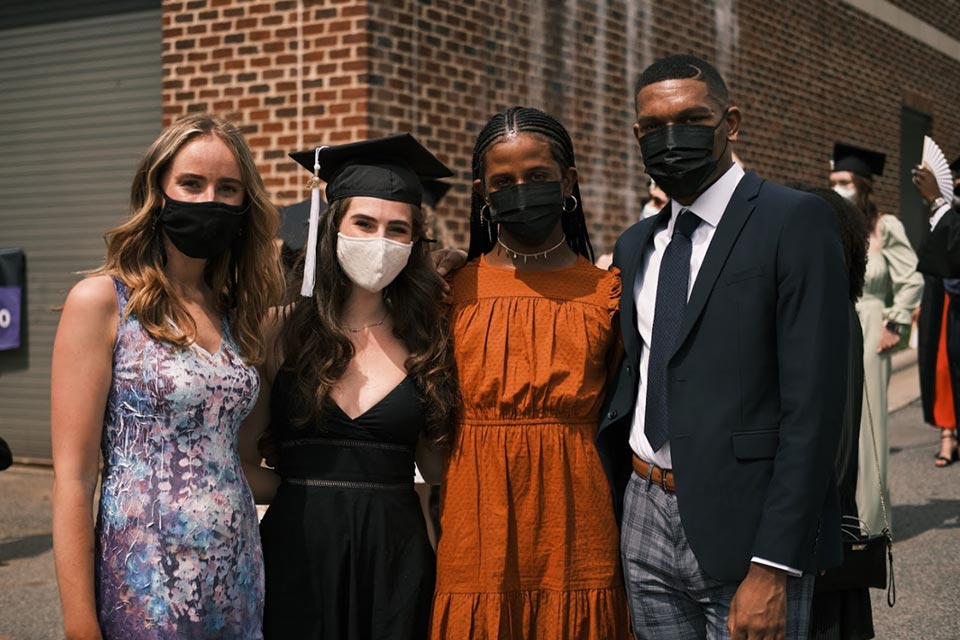 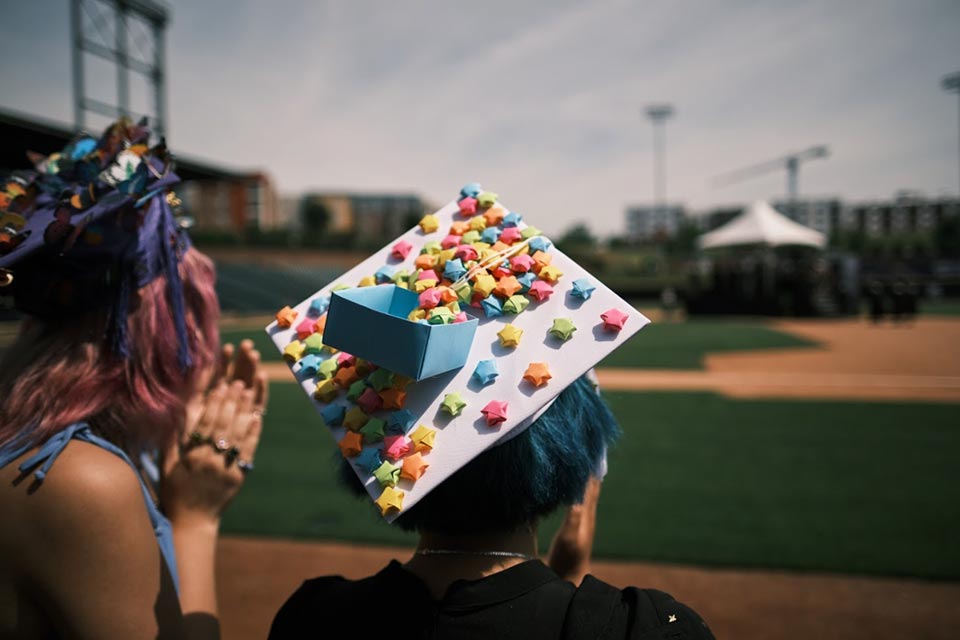 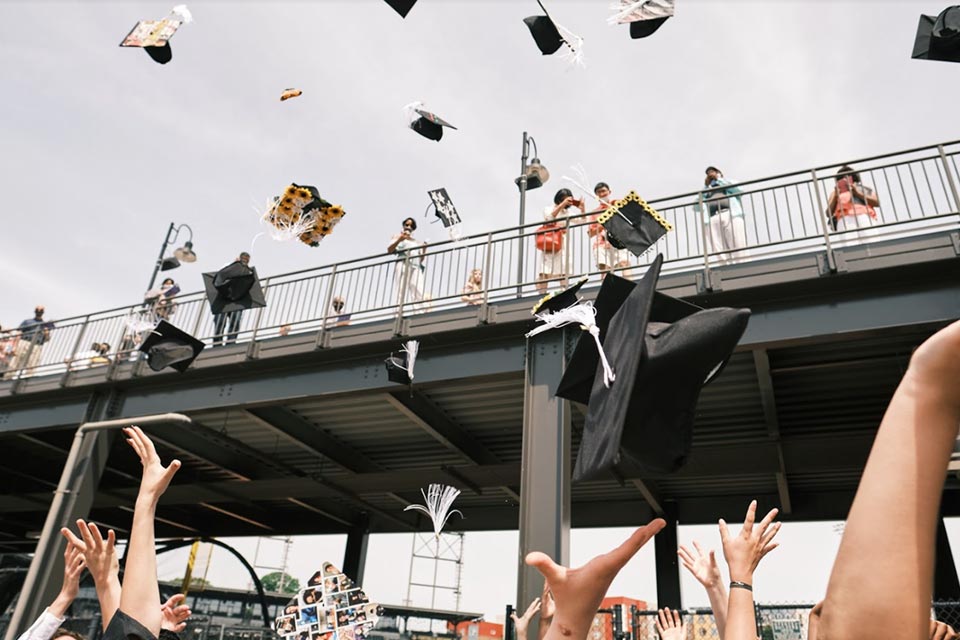 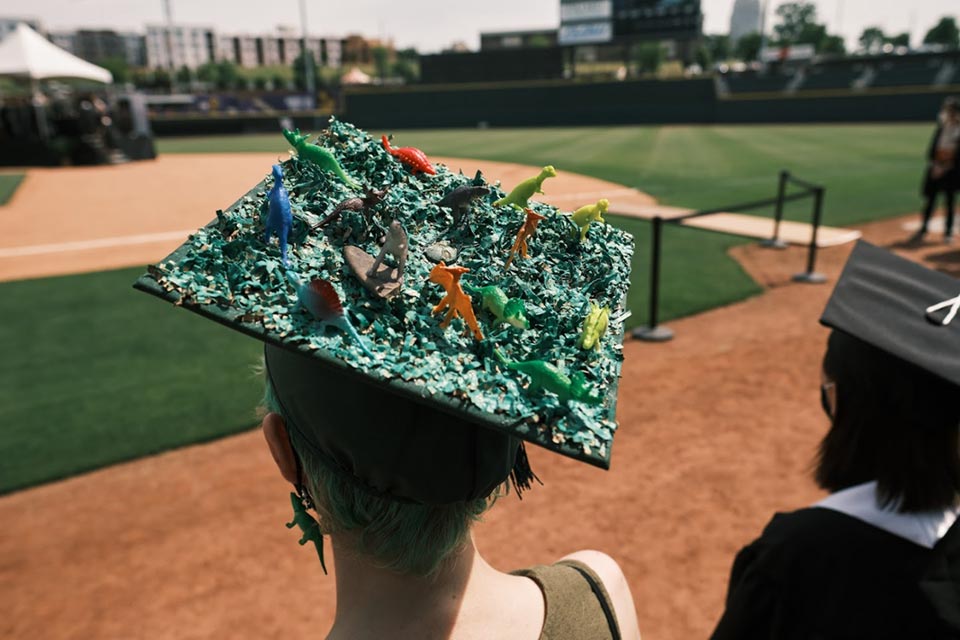 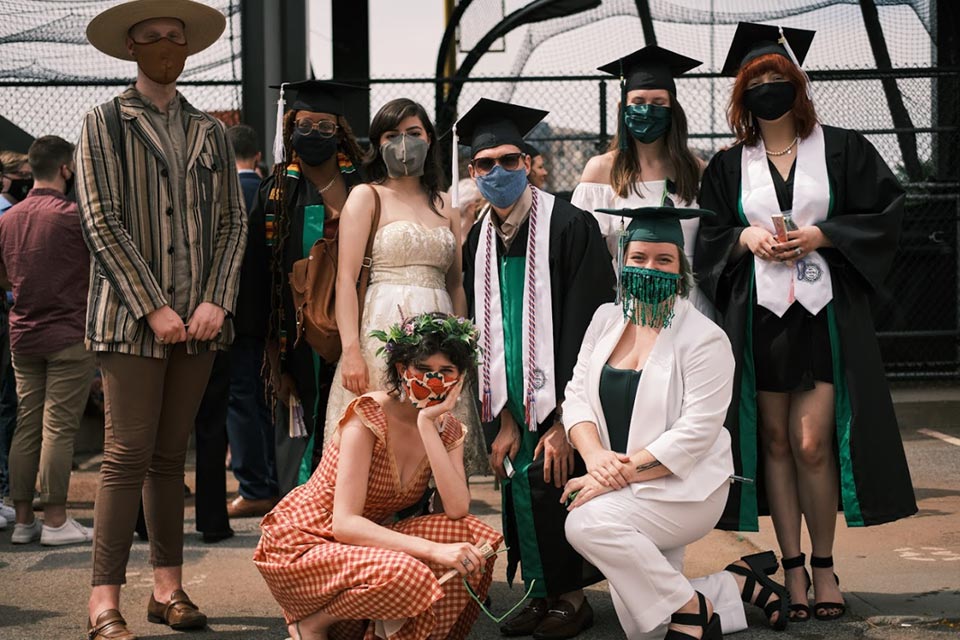 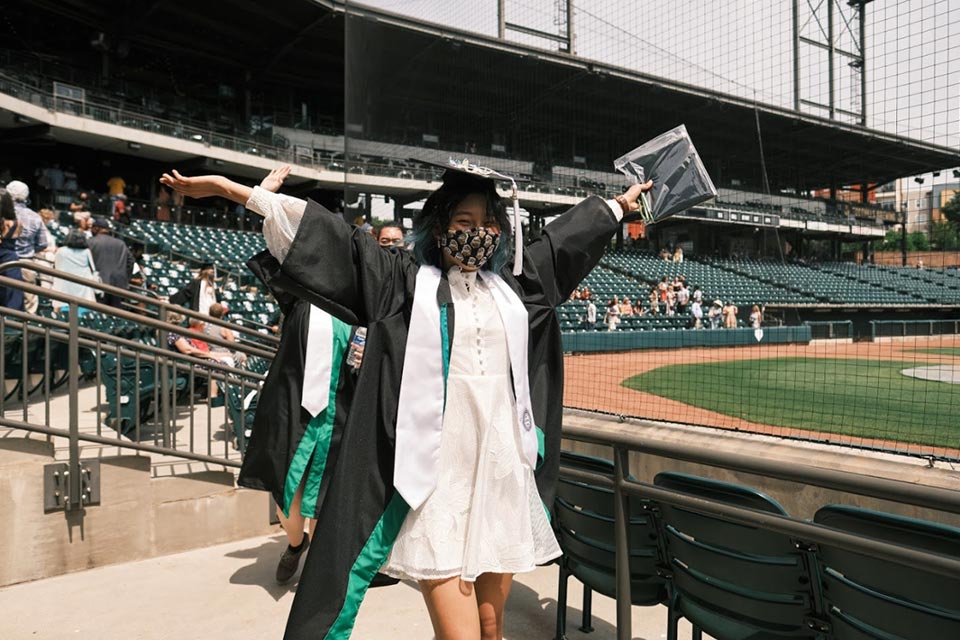 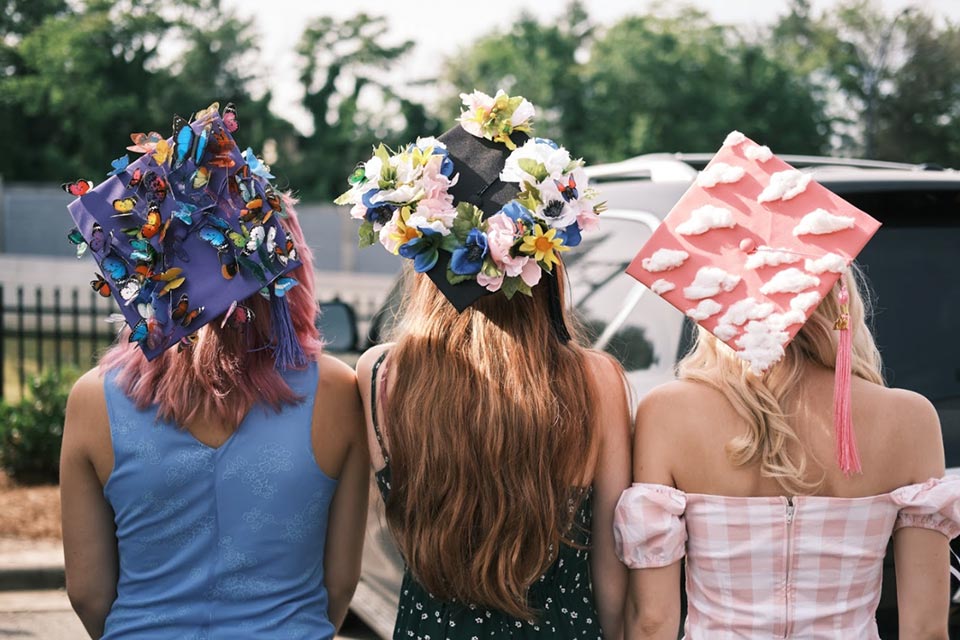 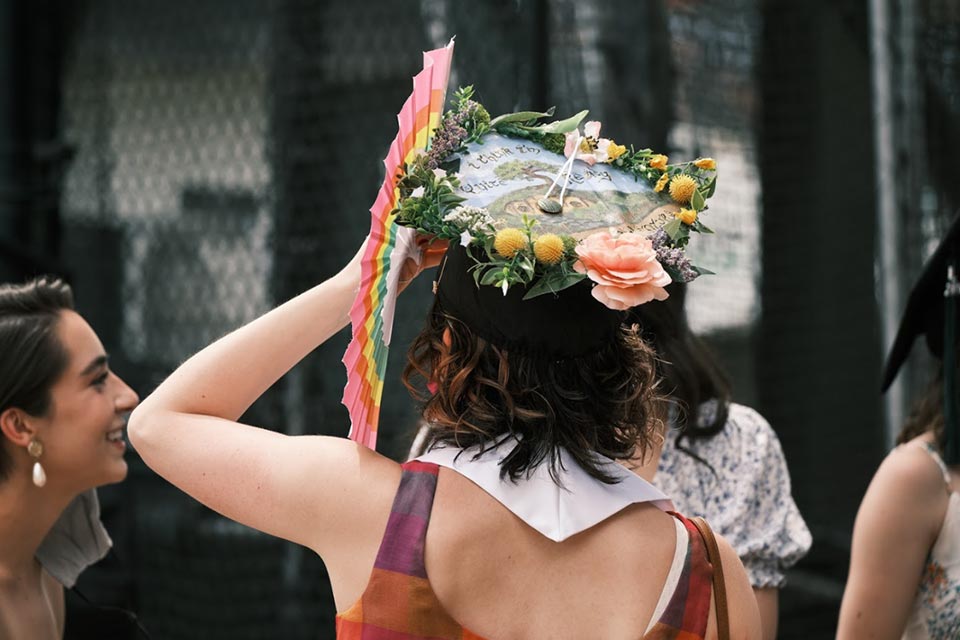 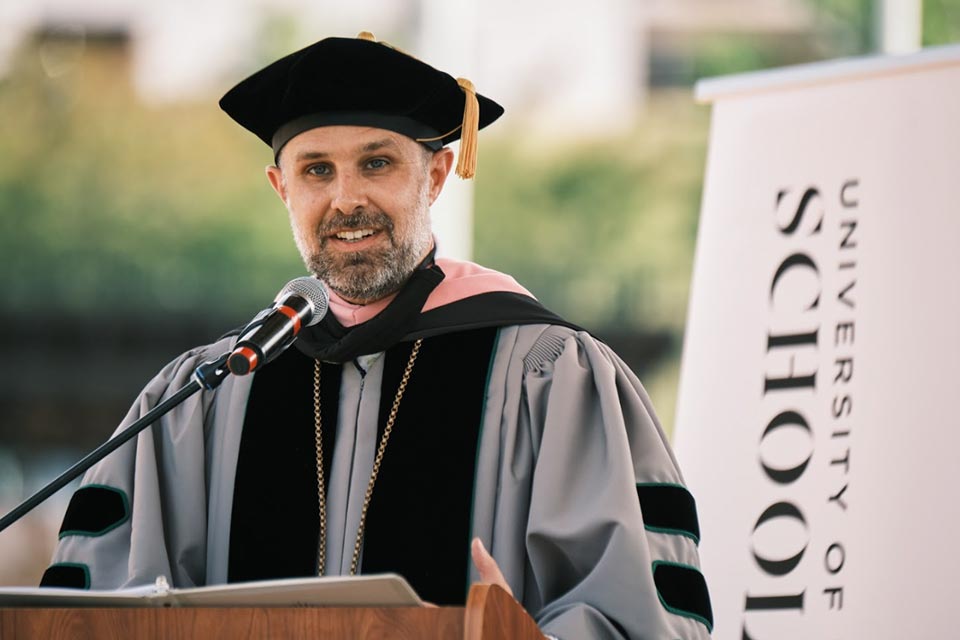 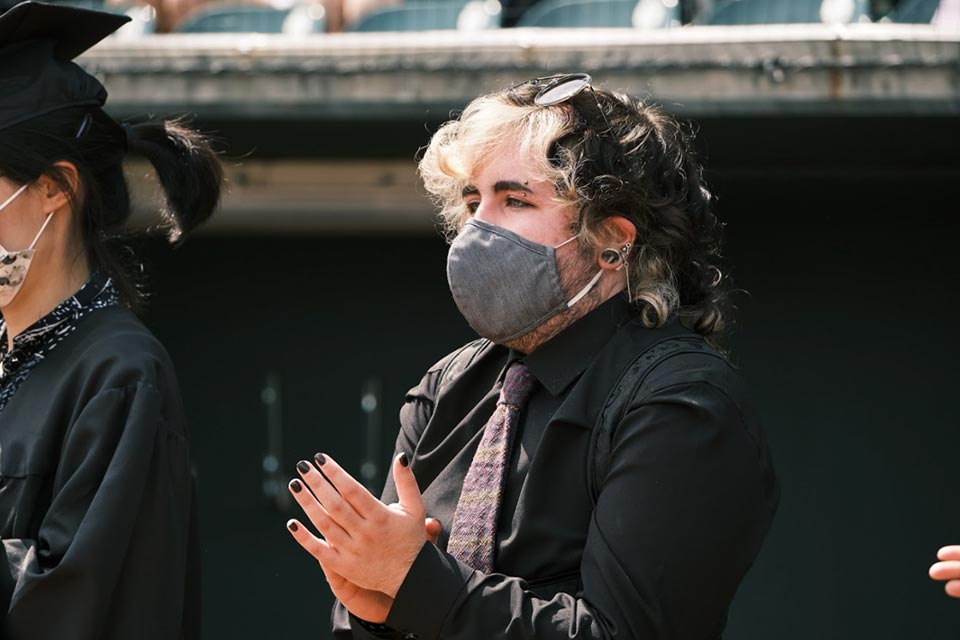 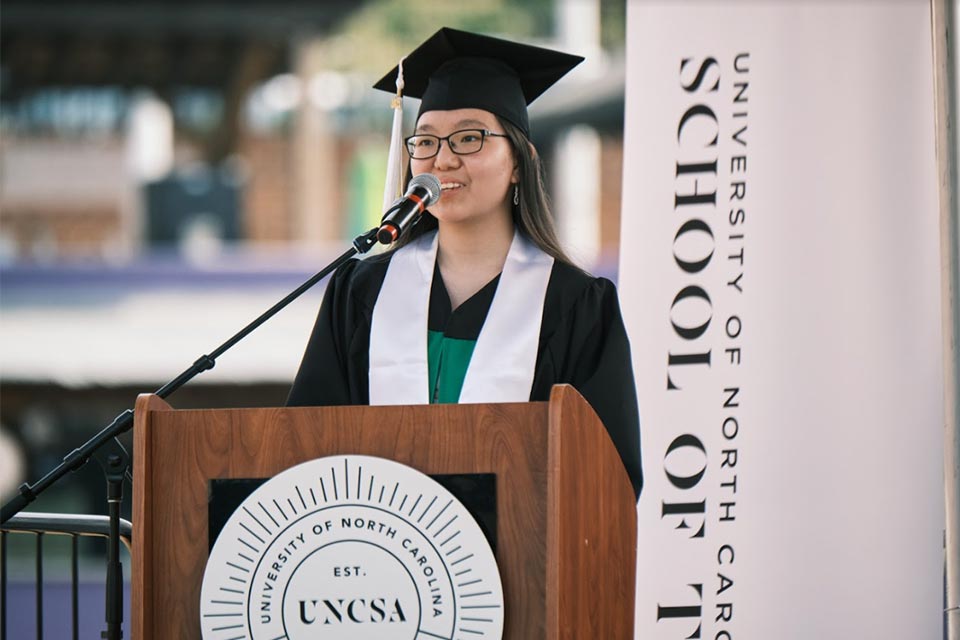 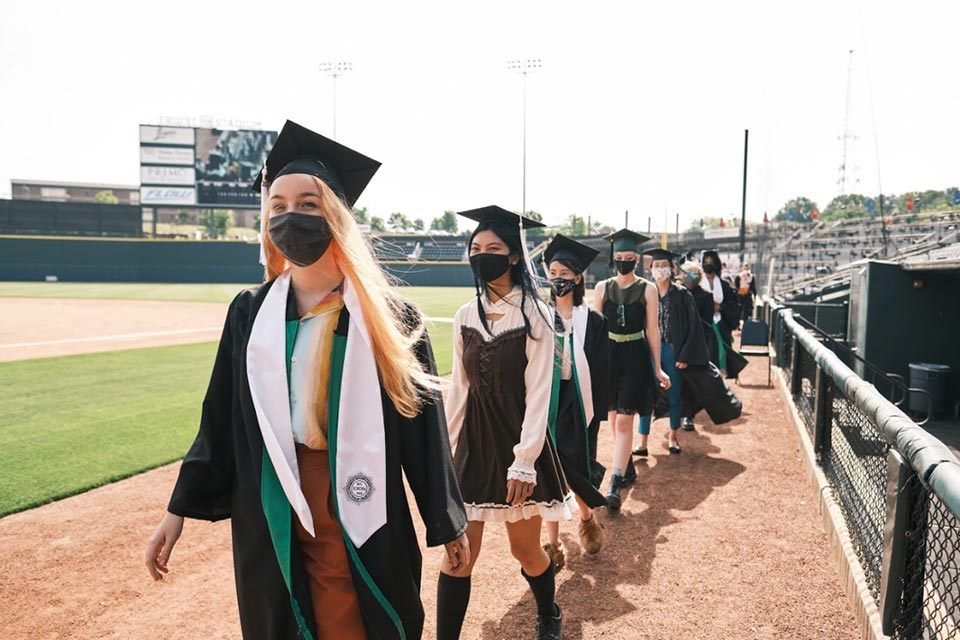 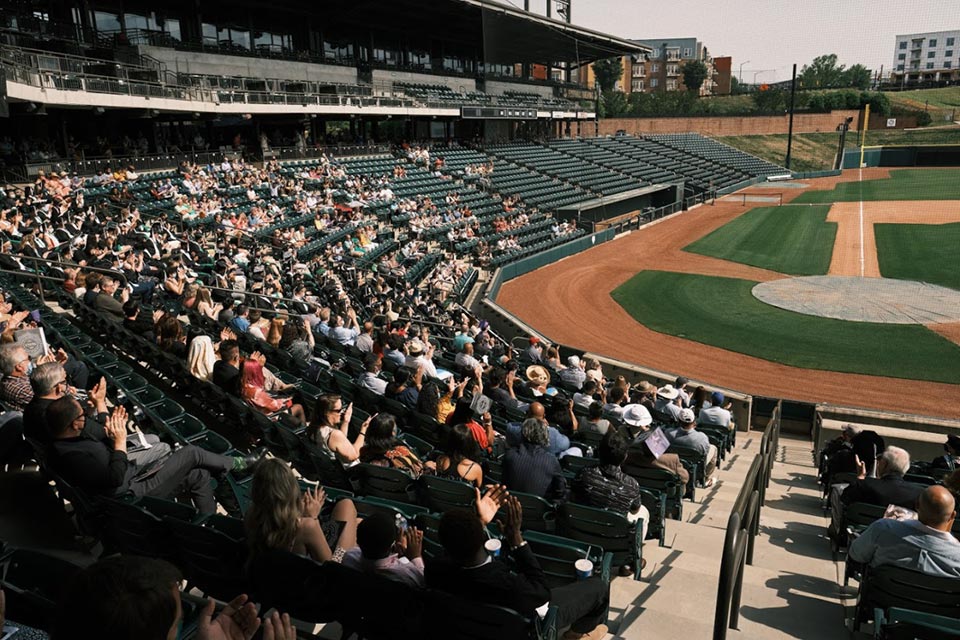 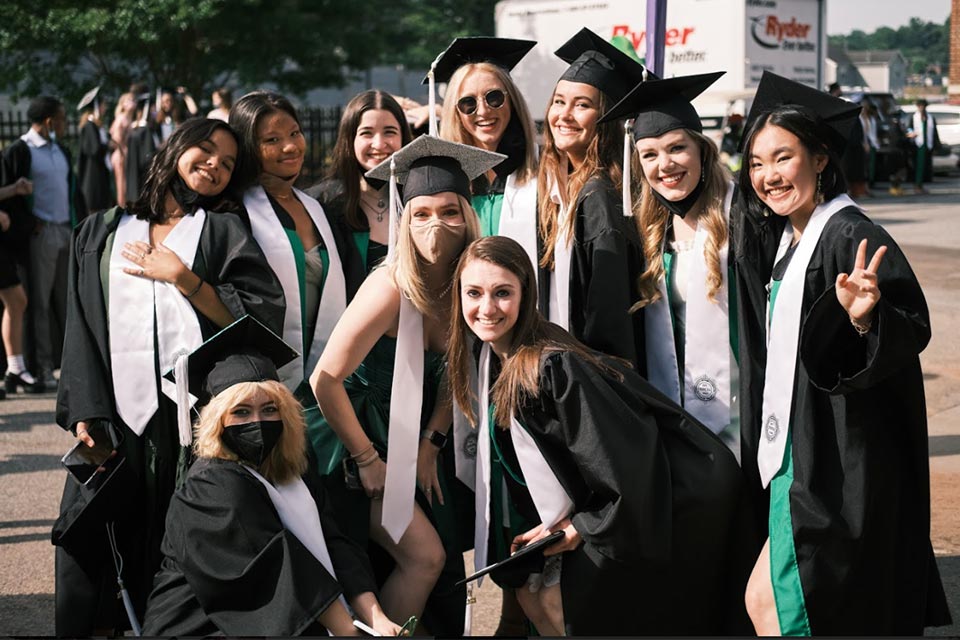 A Tony Award nominee, Henderson is the winner of an Obie Award, a Lucille Lortel Award and the Richard Seff Award from Actors’ Equity Association. He is particularly well known for his work with August Wilson’s Century Cycle, a collection of 10 plays that chronicle the experiences and heritage of Blacks in 20th-century America. He has appeared in five films that have been nominated for Academy Awards as best picture: Greta Gerwig’s “Lady Bird”; Steven Spielberg’s “Lincoln”; Kenneth Lonergan’s “Manchester by the Sea”; Stephen Daldry’s “Extremely Loud and Incredibly Close”; and Denzel Washington’s “Fences.” He can be seen in cinemas and on HBO Max this fall in the all-star ensemble cast of Denis Villeneuve’s long-awaited adaptation of Frank Hebert’s sci-fi classic, “Dune.”

Our purpose as artists is not to lift ourselves. It is to lift the art and thereby lift us all.

He encouraged the graduates of the five conservatories that comprise UNCSA – Dance, Design and Production, Drama, Filmmaking, and Music – to remember the service dimension of the arts.

“Sometimes artists put pressure on ourselves to achieve some sort of lofty status, some sort of celebrity,” he said. “Our purpose as artists is not to lift ourselves. It is to lift the art and thereby lift us all.”

Henderson told the graduates a story about his appearance in the Tony Award-winning 2014 revival of Lorraine Hansberry’s “A Raisin in the Sun” with Denzel Washington. Three years after being nominated for a Tony for his performance in August Wilson’s “Fences,” he accepted a very small role for the Hansberry revival, contrary to advice from colleagues. The role was so small that he did not appear during the first half.

One evening President Barack Obama and First Lady Michelle Obama attended the show, and came backstage during intermission to greet each performer individually. The president, Henderson said, was surprised to see him, as he had not yet appeared in the play. But the first lady knew the play. She acknowledged his role and gave him a hug.

“I can feel that hug right now when I am telling you about it,” he said. “I am so glad I did not listen to people who said they would never accept such a small role after being nominated for a Tony. I was so glad that I chose to serve that great play with that great cast.”