How does an artist realize their full potential? How should actors and dancers integrate wellness into their daily lives? How do creative people stay motivated after rejection? These are questions that faculty member Krisha Marcano strives to help her students in the School of Drama and clients through The Artistry Center answer as they encounter the challenges of pursuing a creative career.

As assistant professor of musical theatre dance and assistant dean for student affairs and entrepreneurship, Marcano draws upon her own experience as a successful actress, dancer and singer to help guide her students as they launch their careers into an industry that can oftentimes be unpredictable and overwhelming. 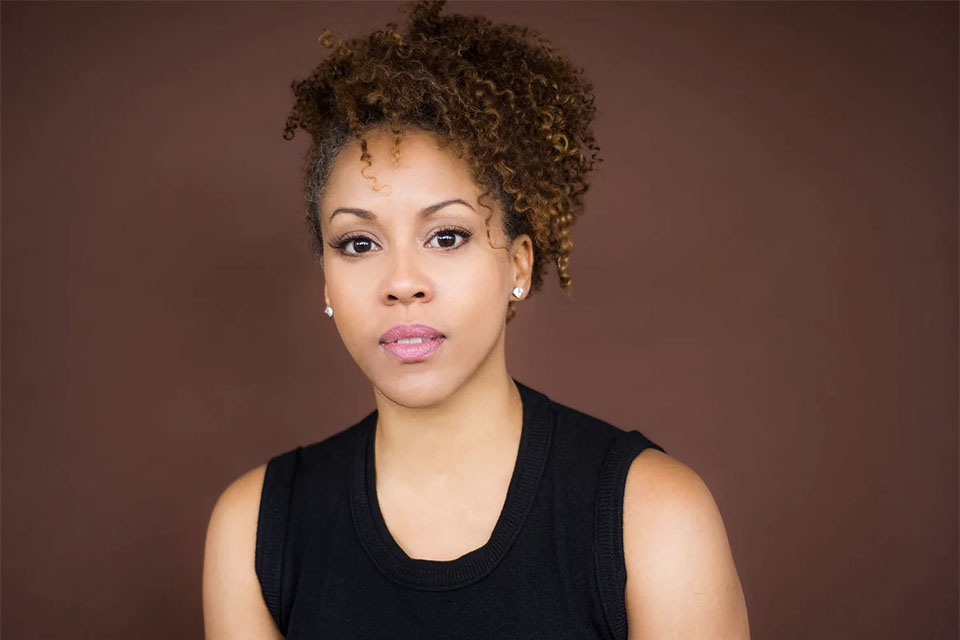 Krisha Marcano serves as assistant professor of musical theatre dance and assistant dean for student affairs and entrepreneurship in the School of Drama.

Marcano shares with us the path that brought her to UNCSA, how she prioritizes listening with empathy and how she counsels artists to pursue their creative dreams.

Born in New York, Marcano attributes her love of dance to growing up in Trinidad, an island in the West Indies right off the coast of Venezuela and part of the country Trinidad and Tobago. After graduating from the State University of New York at Purchase with a B.F.A. in Dance, Marcano first worked on a Royal Caribbean cruise ship dancing and singing. Upon returning to New York, Marcano spent time with two of the most well known contemporary dance companies in the world: first Martha Graham Dance Company and then Alvin Ailey American Dance Theater.

After her time with Alvin Ailey, Marcano decided to pivot toward Broadway roles. These roles included two and a half years with the first national tour of “Fosse,” two years with “Aida” as a swing and dance captain, and a brief stint with “Sweet Charity.” One of Marcano’s biggest claims to fame is being a member of the original cast of “The Color Purple” on Broadway as Squeak, a role that she held for four years until it closed in 2008.

Editor’s note: during her time on “Aida,” Marcano was a swing with Dean of Dance Endalyn Taylor, who was an original member of the Broadway production. 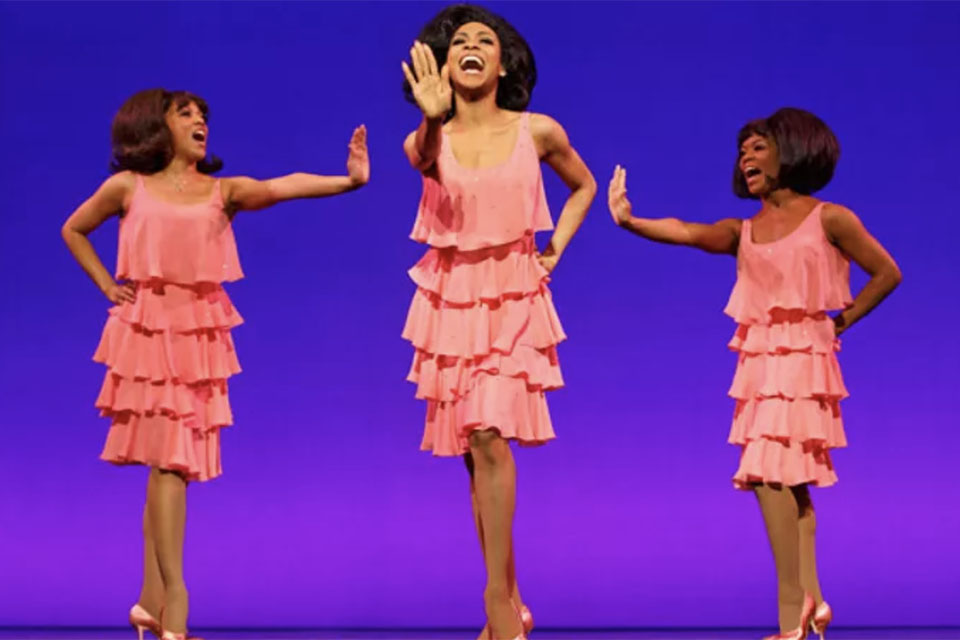 After the show closed, Marcano spent time in various marketing and arts administration roles including working at the Harlem School of the Arts. Marcano then decided to return to a few acting jobs including “Chicago”' as Velma in Miami and “Motown: the Musical” as Suzanne and Florence Ballard while she planned her next career pivot. “I knew I wanted to get my master’s degree but I was still contemplating which program felt like the right fit,” she recalls. Marcano considered different disciplines including education, arts administration and business, ultimately deciding on an MBA in Entrepreneurship from Kenney College.

After completing her MBA program, Marcano realized she had a new calling in higher education. “During my courses I recognized how artists need a foundational knowledge of entrepreneurship before they go and pursue their artistic careers,” she says. This new focus led her to the School of Drama.

Marcano feels that her role teaching dance for musical theatre goes beyond her discipline, saying she also teaches “joy, lack of fear and courage.” Through teaching dance, Marcano has learned about the potential of dance to be used as an integrated part of wellness. “As professional dancers, there is huge potential to lose the joy of dance,” she says “but I have students who embrace dance as a part of their physical and mental well-being and that has been particularly inspiring to watch.” 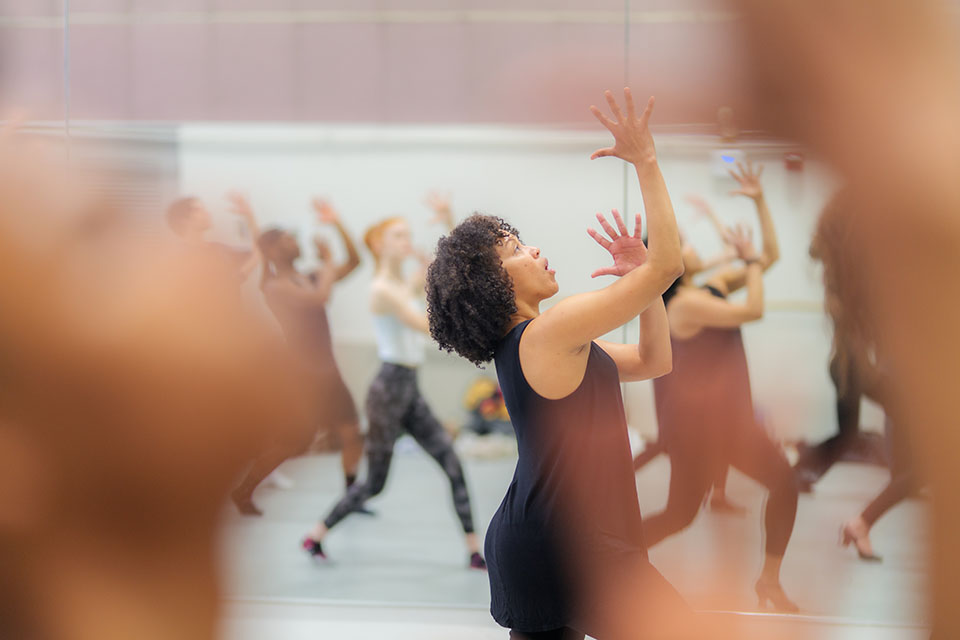 In addition to dance, Marcano teaches an entrepreneurship class to fourth-year drama students, which she refers to as an ‘adulting’ class. “Fundamental lessons like how the banking system works or how credit cards work are essential for this class, where we talk about how to live as a freelancer and think entrepreneurially as working artists,” she says.

Another class Marcano teaches collaboratively with Dean of Drama Scott Zigler and faculty member Quin Gordon is The Business of the Business, which does a deep dive into the essentials of the acting business including casting, auditioning, self-taping, agents, managers and the differences between working in television, film and theatre.

Marcano describes her role as assistant dean for student affairs and entrepreneurship as the conduit between the School of Drama and the university’s student affairs services. “I’m the first line of defense when a student has an issue, meaning I have to be aware of all of the services on campus to be able to best direct students to the appropriate department or program that can help them,” explains Marcano. This role includes tracking students' mental, physical, emotional and academic wellbeing. While this can sometimes be a difficult role to fill, Marcano adds that she feels this position has made her teaching more empathetic, and refers to her position as the “dean of feelings.”

Empathy is the cornerstone of Marcano’s philosophy of how to best connect with students. “You have to listen, really and truly listen to students,” explains Marcano. “An active listener needs to put everything aside and listen without talking, so students feel like they can completely express themselves.” Marcano adds that in her role it is essential to ask questions without judgment and stay away from shaming. “It takes a while for students to get to the point where they ask for help,” she says, “so it is my job to make them feel heard and make sure they get help for whatever it is they need.”

As a faculty member and administrator that works with students in this capacity, Marcano explains that she needs to model both authenticity and rigor in her daily interactions with them to build trust: “Students know that I will go to bat for them but that also means that I have to keep them accountable for their own actions.”

Outside of her role at UNCSA, Marcano is the founder and Creative Career Coach of The Artistry Center Network. Focusing on artistry, entrepreneurship and wellness, The Artistry Center offers career coaching as well as coaching for auditioning and touring. Marcano also regularly writes blog posts on topics that can be helpful to artists of any level, and has recently started a YouTube channel series titled “Aligned for success: conversations about alignment, artistry, and wellness in the performing arts community.” In the summers, Marcano offers a workshop series with a range of topics including “The Art of the Pivot,” “Money Mastering,” “Focusing your Passion” and “Your Entrepreneurial Spirit.” 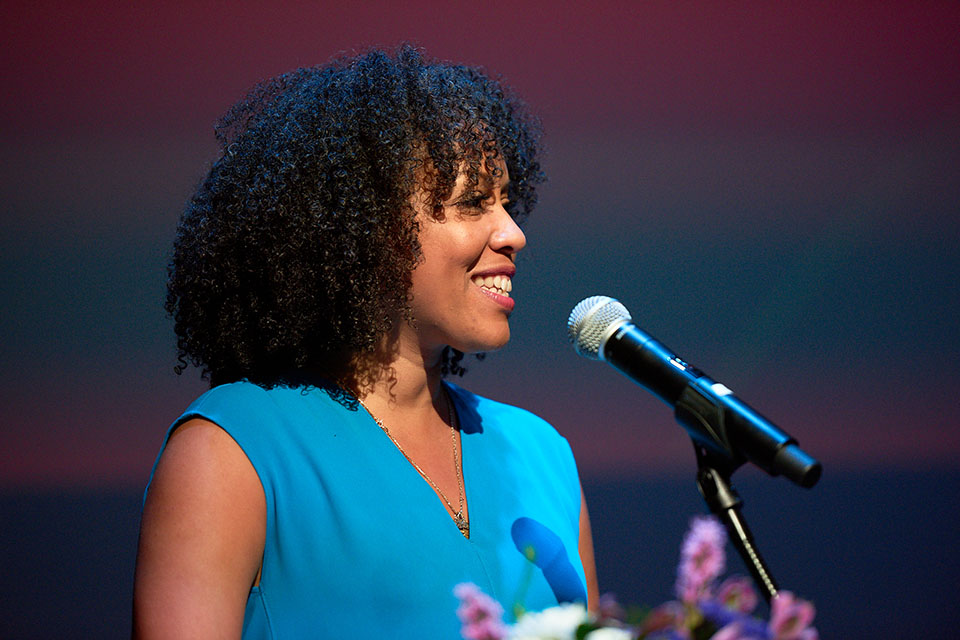 As founder and Creative Career Coach of The Artistry Center Network, Marcano often speaks at conferences including the 2019 Artivate Summit presented by the Thomas S. Kenan Institute for the Arts. / Photo: Wayne Reich

Marcano says that many Drama alumni use the network to stay connected with her in various capacities. “Several alumni who took my entrepreneurship class while in school realize that once they are working artists, there are various subjects that they need refreshers on such as taxes and how to find affordable housing,” says Marcano. “Additionally, the network is great for alumni once they are out auditioning and the ‘no’s’ start to happen, so I can coach them on ways to keep encouraged.”

During the school year, Marcano focuses pretty solely on her work at UNCSA and only has one to two private coaching clients. During the summer is when most of her work with The Artistry Center happens and she is able to take on more clients, do some group coaching sessions, have a full slate of her summer workshop series as well as speaking at various events and on topical podcasts. Marcano’s plans for the future of The Artistry Center include an in-person retreat, creating curriculum for other teachers, doing more speaking engagements and possibly writing a book.

Throughout both her teaching at UNCSA and work with The Artistry Center, Marcano’s goal is to unlock each person’s individual artistry. “Artists are magical, they can do so much more than they give themselves credit for,” says Marcano. “It is my job to help them see their potential and develop into fully-formed artists who will change the landscape of the industry for the better.”