Music alumna is nominated for a Grammy Award

Joanna Gates, a graduate of the School of Music, is nominated for a Grammy Award as a member of the critically acclaimed choir The Crossing, and John Toia, a former faculty member in the School of Design and Production (D&P), is nominated as producer of an opera recording. In addition, Music alumnus Felipe Tristan is marketing manager of the twice-nominated Afro Latin Jazz Orchestra.

Gates, who received a Bachelor of Music in 2004, has won two previous Grammy Awards with The Crossing, in 2018 and 2019. The Crossing was nominated for best choral performance for "Rising w/ The Crossing," an archive of live concert recordings chosen by choir members during the COVID-19 pandemic as “musical moments that stand out as special or loved or fun or challenging or just calm at a time when calmness stands in relief against a background of chaos.” The New York Times included the album on its list of the 25 Best Classical Music Tracks of 2020, and NPR included it in its Diary of Classical Albums for a Troubled 2020.

Toia, former assistant dean and director of the stage management program in D&P, is nominated for best opera recording for David T. Little’s “Soldier Songs” with Opera Philadelphia Orchestra. During his time at UNCSA, Toia was production manager and stage manager for Piedmont Opera for 14 years. He is now director of production for Opera Philadelphia. 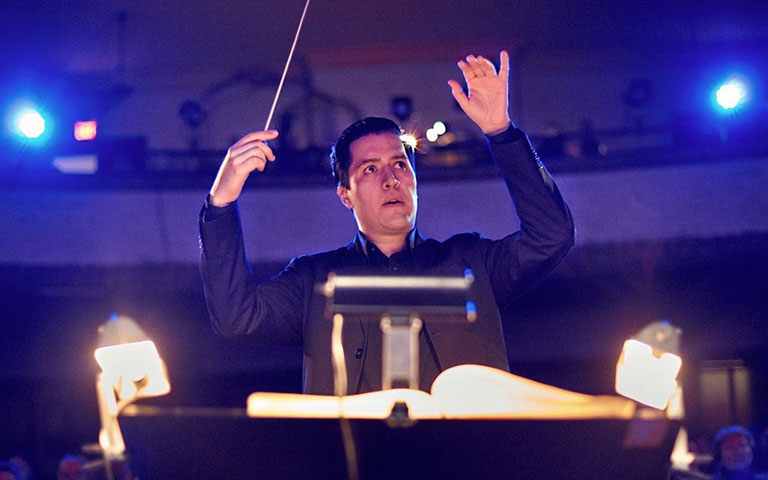 Tristan, who earned a Professional Artist Certificate in 2011, is the marketing manager for the New York-based Afro Latin Jazz Orchestra, which is nominated for best Latin jazz album for “Virtual Birdland” and best instrumental composition for “Dreaming in Lions,” the title track from another album. Both are conducted by Arturo O’Farrill.

In addition to his work with the Afro Latin Jazz Orchestra, Tristan is associate conductor of the Brooklyn Symphony Orchestra and is the host and producer of a podcast featuring the orchestra’s musicians and guest artists. He is music director of the Symphony Orchestra of the Americas, an ensemble founded in collaboration with the Mexican Consulate in New York and the Mexican Cultural Institute of New York.