This press release was updated on March 10 with Eric Larsen replacing Margo Garrett in master classes.

The School of Music at UNCSA presents two public performances by students, faculty and guest artists featuring works by Mozart, Tchaikovsky, Fauré, Mendelssohn and more, on March 15 and 19 as part of a weeklong chamber music festival from the Chrysalis Chamber Music Institute.

Performances will be at 7:30 p.m. March 15 and 19 in Watson Hall at UNCSA, 1533 S. Main St. Tickets are $20 regular and $15 for students with valid ID (UNCSA students enter free). The March 15 concert will also be livestreamed for free as part of the Live from Watson Hall series. Tickets and livestream registration is available online or by calling 336-721-1945.

Vogler, Neubauer and pianist Eric Larsen, UNCSA professor emeritus and former director of the Meadowmount School of Music in New York, will conduct master classes with students throughout the week.

“Chamber music is a critical element of our student musicians’ training, and an intimate and rewarding experience for audiences,” said Saxton Rose, dean of the School of Music. “We are excited to present this intensive weeklong series of master classes and concerts featuring our all-star faculty performing alongside our talented students. And we are particularly thrilled to have world-renowned musicians Jan Vogler, Paul Neubauer and Eric Larsen joining us. It promises to be an unforgettable experience for both students and audiences alike.”

“This festival will showcase works that have stood the test of time,” said Vorobiev. “We hope experiencing this music will give audiences insight into why so many of us choose a career where we spend our life with something that will outlast us."

Bieler added, “Festivals create special communities. Sharing in the living production of music is a most powerful and unifying experience. This special week of chamber music has been envisioned through the commitment, enthusiasm and inspiration of our great supporters, Bill and Judy Watson, and the unique venue of our marvelous Watson Hall at UNCSA.”

About the guest artists

Praised for his “soulful, richly hued playing” by The New York Times, Jan Vogler’s distinguished career has brought him together with renowned conductors and internationally acclaimed orchestras around the world, such as the New York Philharmonic, Leipzig Gewandhaus Orchestra, Deutsches Symphonie-Orchester Berlin and London Philharmonic Orchestra. 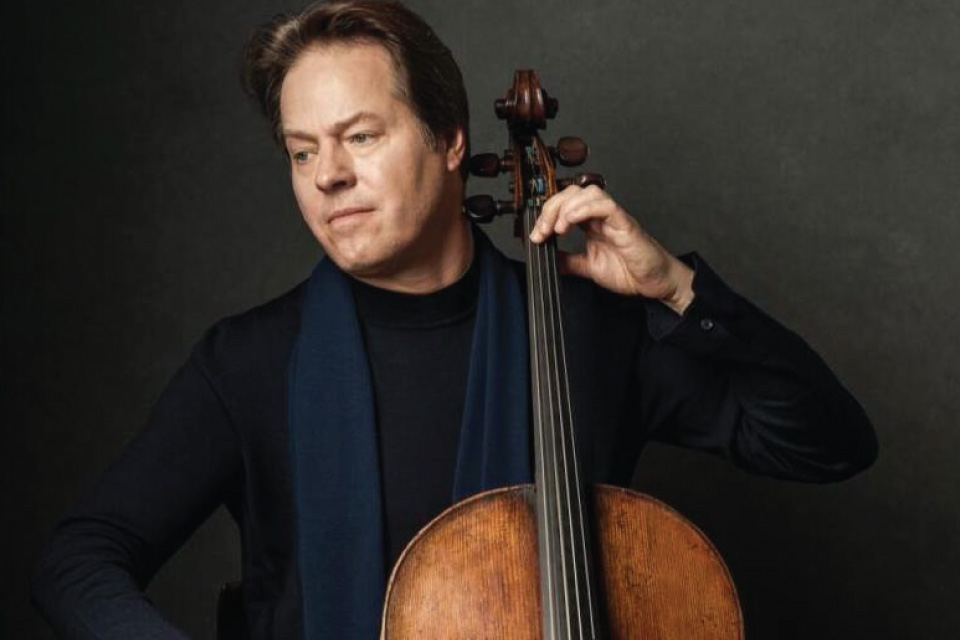 His great ability allowed him to explore the sound boundaries of the cello and to establish an intensive dialogue with contemporary composers and artists. This includes regular world premieres, such as works by John Harbison (with Mira Wang and the Boston Symphony Orchestra), Wolfgang Rihm (Double Concerto with Mira Wang), Jörg Widman (Cello Concerto “Dunkle Saiten,” dedicated to Jan Vogler himself), Nico Muhly, and more. Vogler has collaborated with actor Bill Murray for their joint musical-literary project “Bill Murray, Jan Vogler & Friends – New Worlds.” The innovative program drew international attention and brought together works by Twain, Hemingway, Whitman, Cooper, Bernstein, Bach, Piazzolla, Mancini, Gershwin and Foster for an unexpected and exciting exploration of the relationship between literature and music. Vogler has collaborated with conductors such as Andris Nelsons, Fabio Luisi, Sir Antonio Pappano, Valery Gergiev, Thomas Hengelbrock, Manfred Honeck and Kent Nagano. Vogler has been working successfully with the Sony Classical label since 2003, producing about 20 recordings. He has been director of the renowned Dresden Music Festival since October 2008 as well as artistic director of the Moritzburg Festival since 2001. Jan Vogler plays the Stradivari “ex Castelbarco, Fau” 1707 cello.

Violist Paul Neubauer's exceptional musicality and effortless playing led The New York Times to call him “a master musician.” Appointed principal violist of the New York Philharmonic at age 21, he has appeared as soloist with more than 100 orchestras including the New York, Los Angeles and Helsinki philharmonics; National, St. Louis, Detroit, Dallas, San Francisco and Bournemouth symphonies; and Santa Cecilia, English Chamber and Beethovenhalle orchestras. He has premiered viola concertos by Bartók (revised version of the Viola Concerto), Friedman, Glière, Jacob, Kernis, Lazarof, Müller-Siemens, Ott, Penderecki, Picker, Suter and Tower. He has been featured on “CBS Sunday Morning” and “A Prairie Home Companion,” and in Strad, Strings and People magazines. 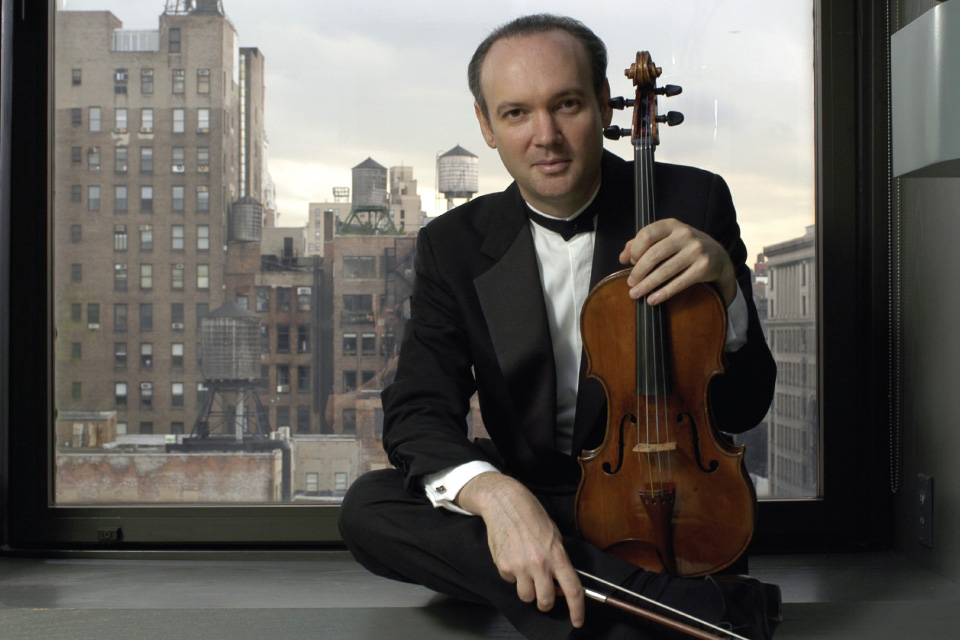 A two-time Grammy nominee, he has recorded on numerous labels including Decca, Deutsche Grammophon, RCA Red Seal and Sony Classical. Neubauer is the artistic director of the Mostly Music series in New Jersey and is on the faculties of The Juilliard School and Mannes College.

Upon his retirement from UNCSA in 2017, pianist Eric Larsen was honored with the creation of the Eric Larsen Distinguished Professorship, an endowed faculty position now held by Dmitri Vorobiev. Throughout a career spanning more than 40 years, he established himself as one of the most versatile artists of his generation. He toured regularly in Europe, Asia, Russia and throughout the United States. He has played extensively in the Middle East, South America and the Scandinavian countries, where his research of the Edvard Grieg Manuscript Collection in the Bergen Bibliotek (Norway) was generously supported by grants from the Mary Duke Biddle and Andrew Mellon foundations. Having performed in all the major New York concert halls, he is best-known in New York for his retrospective concerts of Beethoven, Brahms and Ravel. 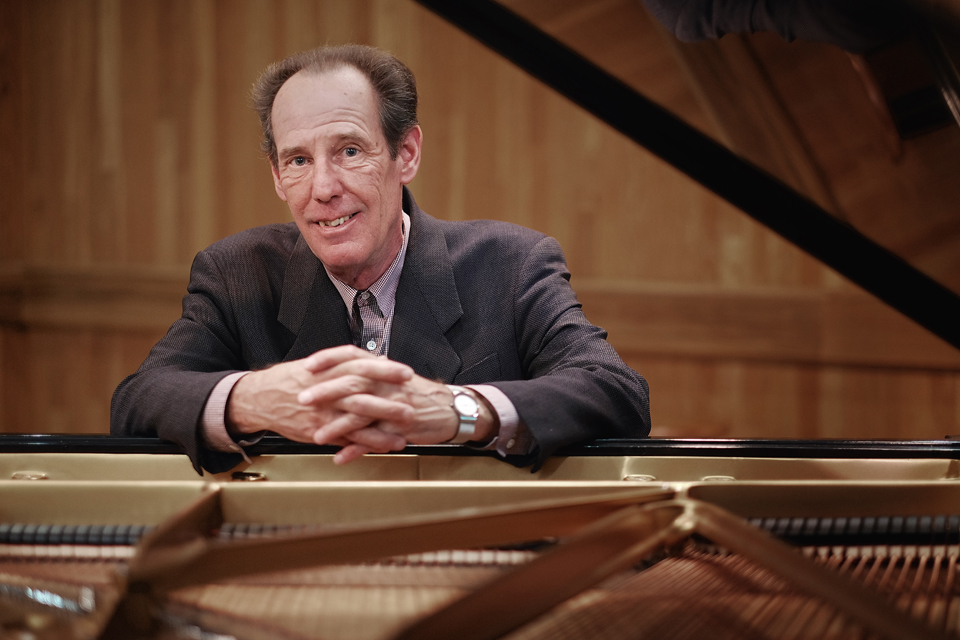 He is in demand internationally for both solo piano and chamber music master classes and has been on the jury of numerous American and European international piano competitions. Larsen has been active in commissioning and premiering many new American works, and has recorded for Equilibrium, New World Records, Bay Cities Records, Albany, Citadel and HM Productions (USA), and the Hessisches Rundfunk (Germany), among others. In addition to his solo performances, Larsen appeared regularly with the Meadowmount Trio. As a teacher at UNCSA, Larsen enjoyed considerable success in the studio: His students have appeared with such groups as the National Symphony at the Kennedy Center, the National Symphony of Taiwan, the Ukraine National Symphony, the London Philharmonic, Vienna Philharmonic and the American Symphony Orchestra, and have won major prizes at U.S. and international piano competitions.

The Chrysalis Chamber Music Institute of UNCSA is a graduate program dedicated to the development of outstanding chamber musicians. Through coachings, rehearsals, seminars, performances, touring, guest mentorship and career development, the program seeks to develop well-rounded musicians and ensembles prepared for successful careers. The chamber music program includes classes in rehearsal techniques, interpersonal relations in a chamber setting, professional ethics, score reading and analysis, repertoire, performance practice, preparing for festivals and competitions, entrepreneurship, and more. Students are coached by artist-faculty and guest chamber ensembles and artists, and have the opportunity to have their work professionally recorded.