Two illustrious alumnae who have made tremendous strides both behind the scenes and on the stage and screen will speak at the 56th commencement ceremonies of the University of North Carolina School of the Arts (UNCSA), Chancellor Brian Cole has announced.

Elizabeth Sobol (B.M. ’81), president and CEO of the Saratoga Performing Arts Center (SPAC) since 2016, will address undergraduate and graduate students at the University Commencement at 4 p.m. Saturday, May 7. She was previously president and CEO of Universal Music Classics and managing director of IMG Artists in North/South America. 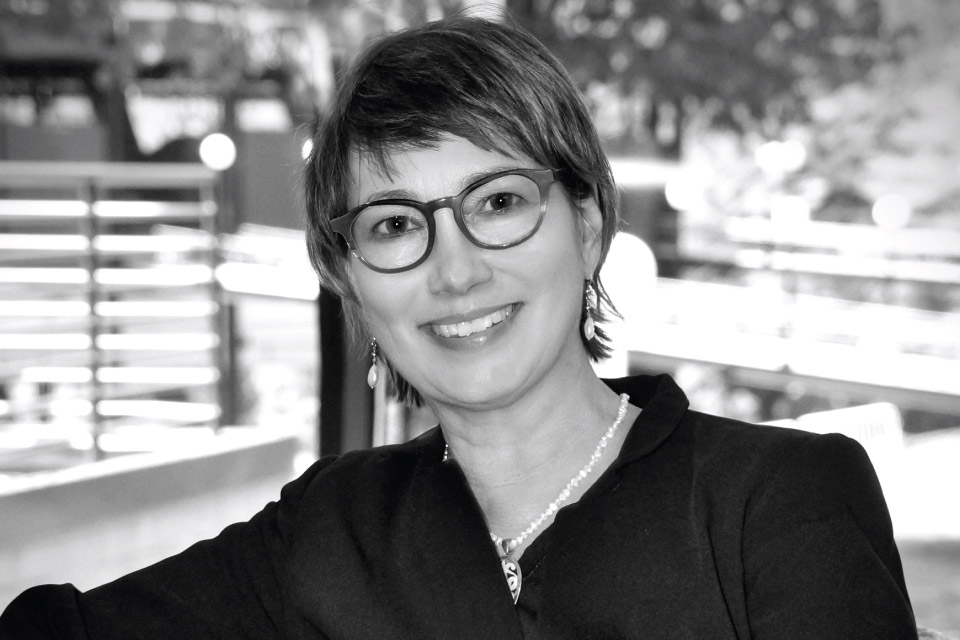 Paloma Garcia-Lee (H.S. Drama ’08), an actor/dancer/singer who gained prominence for her standout performances on the Broadway stage, will address high school students at the High School Commencement at 10 a.m. Saturday, May 14. She can be seen as Graziella in Steven Spielberg’s Academy Award-winning film “West Side Story,” now available on Disney+ and HBO Max. She has appeared in six Broadway shows, including “Moulin Rouge: The Musical,” which won a Tony for best musical, and on the FX series “Fosse/Verdon.”

Chancellor Cole will preside over both ceremonies, which will be held at the Benton Convention Center in downtown Winston-Salem.

“We are thrilled to have such celebrated and successful women address our 2022 graduates,” Cole said. “They are exemplary role models who will resonate with all of our students for what they have accomplished and continue to accomplish with their innate talent and UNCSA education.

“Elizabeth Sobol has decades of artist management and recording industry experience in both the classic arts and mainstream entertainment,” Cole continued. “At SPAC, she has expanded programming, educational offerings and the physical campus, as well as cultural, community and business partnerships.

“Paloma Garcia-Lee is the versatile ‘triple threat’ of stage and screen, who has captivated Broadway, television and film audiences with her charisma,” Cole said. “Her drive and determination led her to appear in five Broadway shows before she turned 26, and to her compelling role in ‘West Side Story.’

“I am especially proud to credit their entrepreneurial spirit in everything they have done,” Cole concluded. “Both are powerhouses in their own right, possessing the grit, collaborative mindset and imagination that we value so highly as creative artists.”

Over the course of her nearly six years at the helm of the Saratoga Performing Arts Center, President and CEO Elizabeth Sobol has expanded programming with new initiatives and year-round initiatives designed to attract younger and more diverse audiences: Live Sessions at the Jazz Bar, CulinaryArts @ SPAC, SPAC on Stage. Under her leadership, SPAC's education program has gone from serving 5,000 to 50,000 individuals throughout the Capital Region and beyond. In 2021, SPAC opened a new SPAC School of the Arts.

Sobol has spearheaded partnerships with cultural organizations such as Caffe Lena; The Tang Teaching Museum; Saratoga Shakespeare Company; and Opera Saratoga, in addition to business and community organizations including the New York State Parks, Recreation and Historic Preservation; Saratoga County Chamber of Commerce; Discover Saratoga; Skidmore College; and more. She has also expanded SPAC's physical campus with several major capital improvements: a $10 million project to completely renovate the aging campus with new visitor facilities, and year-round community and education space; and the construction of a new, larger second pavilion stage. As part of Sobol's vision to transform the Spa State Park into a "Park for the Arts," she has been spearheading an $8 million project to revitalize one of the park’s historic bathhouses into a year-round arts facility dedicated to performance, healing and culinary arts.

Prior to joining SPAC, Sobol served as the president and CEO of Universal Music Classics and managing director of IMG Artists in North/South America. As managing director of IMG Artists North/South America (IMGA) she managed artists such as Itzhak Perlman, Joshua Bell, Renée Fleming, Emerson String Quartet, James Galway, Hilary Hahn, Evgeny Kissin and Dame Kiri Te Kanawa. Sobol created the IMG Artists Dance Division, which grew into the most prestigious roster of dance clients in the industry, representing the Bolshoi Ballet, Bill T. Jones/Arnie Zane Dance Company, Pilobolus, Les Ballets Trockadero de Monte Carlo, Lyon Opera Ballet and Miami City Ballet, among others. Sobol also created and oversaw IMGA’s initiatives and growth in the areas of world music, jazz, contemporary music and music/dance theatricals. She was co-producer of the off-Broadway production and international tour of “Jam of the Groove,” the first hip-hop musical, sponsored by Calvin Klein; a co-producer of Bill T. Jones’ groundbreaking, internationally heralded production “Still/Here”; a co-producer of the award-winning “Noise of Time,” a collaboration between the Emerson String Quartet and Simon McBurney/Complicité about the life of Shostakovich; and co-creator and co-producer of Miami Libre, a Cuban music and dance theatrical which ran for five sold-out weeks at Miami’s Arsht Center for the Performing Arts.

As president and CEO of Universal Music Classics (UMC), Sobol successfully ran the American home for the prestigious Decca, Deutsche Grammophon, Mercury Classics and ECM imprints, along with the revitalized UMC label, which she oversaw from Universal’s New York headquarters. Her vision for the label included a commitment to the best that "classics" stands for: music rooted in the classical tradition, while also encompassing a variety of genres including contemporary, jazz and world and a focus on U.S.-based artists and repertoire that represented diverse genres. UMC’s unparalleled release schedule included artists as diverse and compelling as Andrea Bocelli, Renée Fleming, Rufus Wainwright, Itzhak Perlman, Hilary Hahn, Evgeny Kissin, Sting, Tori Amos, Keith Jarrett, Anoushka Shankar, Black Violin, Time for Three, Snarky Puppy and the Hot Sardines. Soon after joining UMC, Sobol led the company to the No. 1 spot on Billboard’s Classical Traditional Label chart in 2014 and 2015. In addition, Sobol was executive producer of numerous albums, three of which have garnered Grammy nominations.

Sobol studied at Sarah Lawrence College and the Rotterdam Conservatory. She received her Bachelor of Music in piano performance from the University of North Carolina School of the Arts.

Paloma Garcia-Lee is an established actress who gained prominence for her standout performances on the Broadway stage and now is making an outstanding leap to television and film. Dynamic, versatile and ambitious, Garcia-Lee has captured the essence of what it is to be a singular show-woman with her raw, authentic and captivating acting, dancing and singing.

Born to perform, she was raised in a theatrical family, and always knew she wanted a life on stage. Homeschooled by her parents so she could pursue a career in the arts, she was laser-focused at a young age and left home at 14 to attend the University of North Carolina School of the Arts, where she completed high school in three years. Enrolling in the School of Dance to study ballet, she is one of very few students in the school’s history to have switched majors midstream, graduating from the School of Drama. While at UNCSA, she starred as Graziella in the all-school production of “West Side Story” directed by Gerald Freedman.

Garcia-Lee moved to New York at age 17 and immediately began to catch the eye of the industry, making her Broadway debut as Meg Giry in “The Phantom of the Opera.” She now has been seen in six Broadway shows, including “On the Town,” “Charlie and the Chocolate Factory” and “Moulin Rouge: The Musical,” which won a Tony for best musical. She has more than 15 other stage credits to her name, and has been involved in the creation and development of more than a dozen others.

Garcia-Lee made her transition to the screen appearing as Adrienne in multiple episodes of the acclaimed FX series “Fosse/Verdon.”

Subsequently, she made a dazzling debut in her first major Hollywood feature film, starring again as Graziella in Steven Spielberg’s “West Side Story,” which received six Academy Award nominations and one Oscar. Reviewers called her “a joy to watch,” “an incredibly dynamic character full of empathy” and “an undeniable star on the rise.”