Example of a Music Artistic Statement

Example of a Music Artistic Statement

Bryce Richardson is a recipient of the Kenan Excellence Scholarship, the most prestigious scholarship program at the UNCSA.

Contrary to widespread belief, I do not play oboe. I play the bassoon. A majestic, beautiful, unique bass double reed instrument with a sound like gold. I have been playing this instrument for almost seven years now and it has become a passion that I am more than excited to pursue throughout my college career and beyond. This instrument has also led me to find other interests in the wonderful world that is music and art as a whole.

I originally played upright bass. However, when I moved down to South Carolina, my middle school lacked a strings program. So I picked up an old, broken wooden pipe made in Czechoslovakia called a bassoon. I immediately was drawn to the instrument by the word bass in the name and, honestly, it was weird. Unfortunately, my school didn’t have a band program for 6th graders, so I came to school an hour earlier to learn to play the bassoon. I found out early on that this was for me and I began to connect to music. However, in those early years up into my freshman year of high school it was just a casual thing I did on the side. That soon changed when I began taking lessons as a sophomore and I began really learning how to play the bassoon. As a result, I auditioned and was accepted into the South Carolina Governor’s School for the Arts and Humanities (SCGSAH). Entering the Governor’s School I knew I would become a better musician, but what I found was much more. It was here that I found my art.

The bassoon's part in the orchestra is one of the most diverse and, in my opinion, simply fun roles to play, with parts ranging from the simple supporting bass notes to the sonorous and expressive solos.

Like every classical musician, I long for opportunity to play in an incredible orchestra. I played principal bassoon in the Beaufort Youth Symphony Orchestra for t years and during my time at SCGSAH have been involved in many large ensembles. This is one of my favorite setting to play music. The bassoon's part in the orchestra is one of the most diverse and, in my opinion, simply fun roles to play, with parts ranging from the simple supporting bass notes to the sonorous and expressive solos. However, I have also found my voice in chamber music. The individuality and collaboration of a woodwind quintet makes playing chamber irresistibly enjoyable. Working on pieces in such an independent, intimate setting is such a rewarding process and one I’d like to consider myself at least adept at. I would be very musically satisfied playing in a chamber group as a future career. However, these are very classical, very “typical” careers for the average bassoonist. I strongly believe that the bassoon deserves a MUCH bigger, more prominent role as a modern musical instrument. While this thought almost puts me in physical pain, the bassoon is a highly underrated contemporary instrument. There is so much room for the bassoon to flourish in the 21st century musical environment that has yet to be tapped into! I love playing modern music and as an aspiring professional musician, I would definitely pursue playing in contemporary settings and hopefully commission more progressive pieces for the bassoon. Another nontraditional genre I’ve been considering immersing myself in, is jazz. Before you think to yourself, “the bassoon is not a jazz instrument!” search for Alexandre Silverio on YouTube. He is one of my favorite players and he’s doing great things for the modern bassoon. The Silverio quintet is a jazz combo that utilizes the bassoon as a melody instrument. And oh does it sound amazing! I contacted him asking for tips on entering this foreign world, and he sent me some jazz charts to help get started.

After I’ve established my classical playing to a higher level, I would love to begin studying in depth jazz bassoon. As a final side note on modern bassoon playing and myself as an artist, another idea I’d like to pursue is an independent music project. Recently a cellist came to SCGSAH sharing with us his “Music in Unfamiliar Spaces.” Basically, he plays where classical music is not typically performed, from coffee shops to beer breweries, with the idea of making art music more accessible to the uninvolved public. This project really struck a chord with me and I will be brainstorming an idea to explore through a music project in the near future.

Now this next paragraph is on a seemingly unrelated tangent but I feel I should share all of my future ideas as an artist and musician. Another (very unclassical) interest I have is in the production of electric music. Using a midi controller keyboard and various digital audio workstations, I create my own original electronic music. This is one of the most enjoyable and rewarding musical activities I’ve ever engaged in. Although I am still new to it and am eager to learn more, I feel as though this is something I would love to continue doing in my future. Learning how to use digital audio workstations has also lead me to other opportunities such as recording and editing audio. I am currently editing a recorded poem for submission to the Missouri Review’s annual audio contest. During this process I have found that I could potentially see myself doing this as a career. Similarly, I am also interested in filmmaking. I have worked with a few friends in creating short films and I feel as though I could really explore my artistic visions through this art form and being at a school where I am surrounded by talented filmmakers would allow me to pursue this interest further. On yet another final tangent, I also play the guitar, bass, ukulele, and saxophone and enjoy playing these instruments in various informal bands. 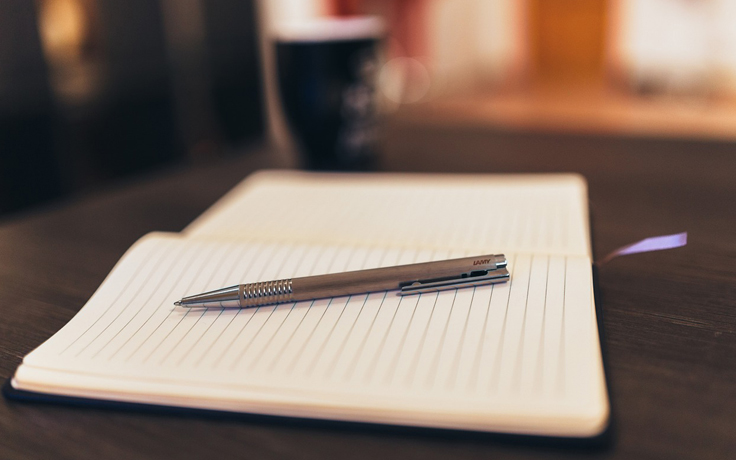 "Writing my artistic statement, I found that the hardest part was figuring out what to write about. The open ended nature of that kind of essay made it very hard to focus in on one central theme throughout. Ultimately though, the hardest part was figuring out exactly what an artistic statement is! After that, it took a while to get comfortable writing about my artistic ideas and personal experiences. I got through this roadblock by taking a step back out of my head and un-subjectively writing about who I am as an artist. (This took a lot of freewriting/brain dumping.)

I think the difficulties were honestly what I enjoyed most about writing my statement. I had never written on myself in such a short but all-encompassing format before and the experience really brought a lot of new thoughts forward. While challenging, it's an extremely fun process to delve into who you are as an artist and as an individual."

What the Admissions faculty learned. 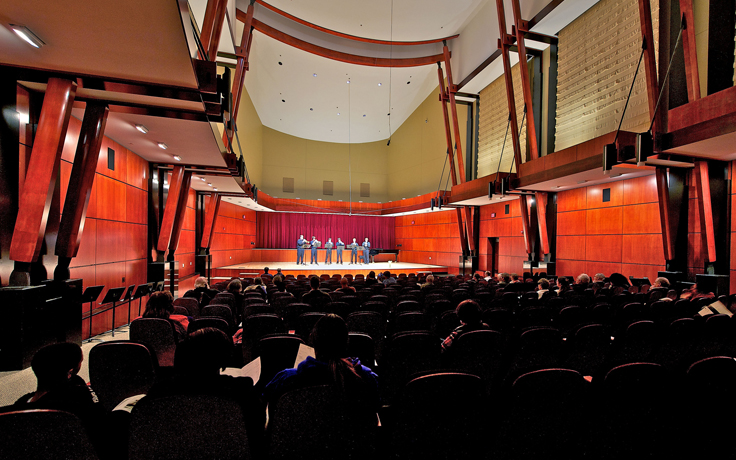 From Admissions faculty in the school of Music

"Bryce's statement precisely illustrates the two qualities which are immediately obvious in his personality: boundless enthusiasm and resourcefulness. These two are essential for a career in the arts today and they manifest themselves so clearly in his writing, and in everything he does."