The path to becoming a member of Seattle’s first core acting company in decades has been what some might call an untraditional one for School of Drama alumnus Lorenzo Roberts (’14). 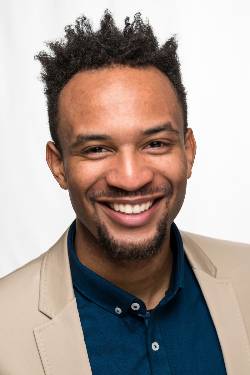 The idea behind the ACT Core Company is a break from the more recent tradition by theatre companies of hiring actors on a freelance basis and was one of the first decisions made by ACT’s new artistic director John Langs (also a UNCSA alumnus, class of 1996).

It’s an incredible opportunity for a young actor like Roberts. He, along with the other six members of the Core Company, is part of an established group of local actors that will appear in at least three ACT main stage productions this season, with the chance to really explore the profession and perform outreach in the community.

“This is the first time this has happened in Seattle in a long time,” Roberts says. “The Core Company gives us the opportunity to just practice the craft of acting.”

His current work includes a role in Romeo and Juliet with the Seattle Immersion Theatre, reading and preparation for The Philadelphia Story and outreach to students at colleges in the Seattle area.

But less than two years ago, as Roberts was tossing about the Atlantic as a sailor on a tall ship (think a Pirates of the Caribbean-style schooner), he was worlds away from the small North Carolina arts school he had just left behind and was likely not anticipating the future that awaited him in Seattle.

For him, though, becoming a sailor was an experience that defined him as an actor.

“Being a sailor is a lot like being at the School of the Arts,” Roberts says. “You are packed in with about 15 other people for weeks on end… and you put your blood, sweat and tears into your work.”

Needless to say, it was a bit of a shock when Roberts announced to his family on the day of his college graduation that he would not be moving to New York to pursue his acting career as he had planned. Instead, he was headed to Maine – that day – to work on the Freedom Schooner Amistad for the next six months.

“I wasn’t ready for the prospect of moving to New York when I graduated,” Roberts recalls. “For six weeks prior to graduation, I had been dreaming of water, the sea.” And, so, he literally shipped out.

“It was very labor intensive work,” he says. Work that gave him time to reflect on just what it was he was meant to be doing with his life.

“It made me question, ‘To what end am I doing this?’ ” Roberts says. “I didn’t have the same drive as with acting … I realized if I was going to dedicate myself 100 percent to something, I wanted to make a change in the world.”

“Everyone has a calling and I believe it’s your responsibility to find it,” he says. “It will transform you.” For him, that transformation began in part during his time at UNCSA.

There was a creative freedom that I felt from the minute I got to School of the Arts, a freedom to be myself,” he says. It’s an environment where, “I could take a risk and feel safe doing it … it’s our program and our teachers just loved us so much, I felt like they were there for us.

It was here he learned what it truly means to be an actor – from the basics, like being on time, to the challenges, like the conscious striving to rid oneself of negative feelings during the acting process.

One of his most memorable roles as a college student was as Mister in August Wilson’s King Hedley II. The play, directed by guest artist Tim Douglas, was an eye-opening experience for Roberts.

“It’s rare for black students to be able to work on a black play,” he says. “We talked about a lot of things that I had never really explored before … what it feels like to be a minority, to be treated as an outcast.”

After graduating and sailing up and down the East Coast for six months, Roberts returned to dry land with his passion for acting reaffirmed and considering his next steps. School of Drama Dean Carl Forsman recommended another move, this time to Seattle.

“I moved out here on a hope and a prayer,” he says, sleeping on a friend’s couch while looking for work. He contacted Langs, whom he’d met as a guest director while in school, and Langs offered him a small ensemble role in a production of Othello by the Seattle Shakespeare Company. 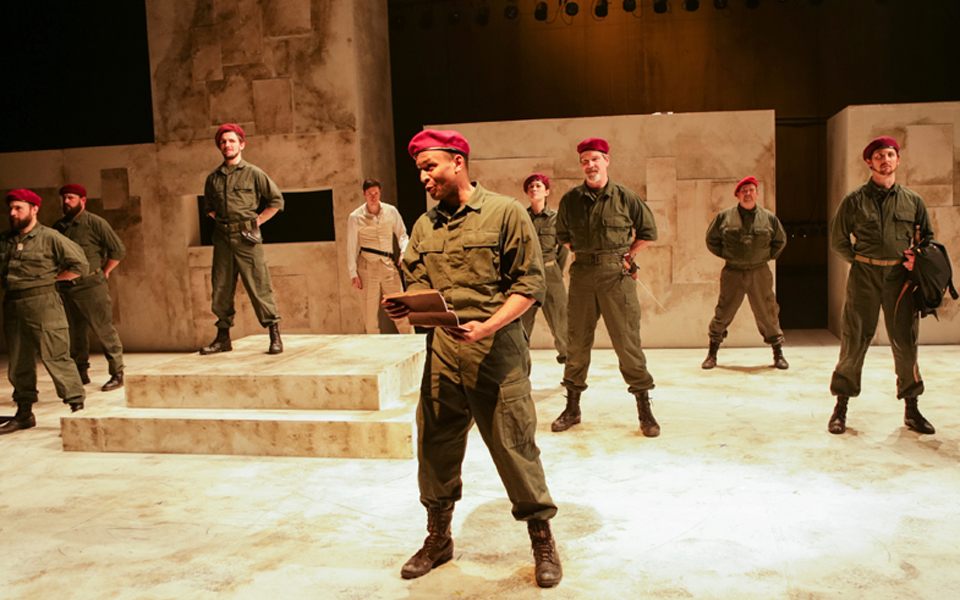 Lorenzo Roberts in the Seattle Shakespeare Company's production of Othello.

It was a meaningful experience for Roberts and an opportunity for him to put his training to work. Although it was a small role, he showed up even on days when he wasn’t required, was attentive, asked questions and invested himself in his work.

His dedication did not go unnoticed by Langs, who offered him the role in ACT’s Core Company. He draws inspiration from his fellow alum and the work he has done in the theatre world. “John is an outstanding example of the School of Drama’s ideals. He lives it every day,” Roberts says.

He also has the chance to work with another UNCSA alumnus who is part of the ACT family – Kenan Directing Fellow Wiley Gorn. “We are trying to build an army out here,” Roberts jokes.

They may not quite have an army, but Roberts says cities like Seattle are great alternatives for aspiring actors to the traditional post-graduation routes through Los Angeles and New York. “Seattle has so much to offer. I’ve seen so much theatre since I’ve been here and been able to learn so much from watching other people work,” he says. “It’s also a great place, like School of the Arts, to take risks and explore your identity.”