Alumna Tiffany McMichael is Originals Content Operations Manager at Hulu. Her work includes original film "The US vs. Billie Holiday," which premiered on the streaming platform in March 2021.

Alumna Tiffany McMichael is Originals Content Operations Manager at Hulu. Her work includes original series "Woke," which has been renewed for a second season.

Alumna Tiffany McMichael is Originals Content Operations Manager at Hulu. Her work includes original series "The Handmaids Tale," which returns for its fourth season in April 2021.

Alumna Tiffany McMichael is Originals Content Operations Manager at Hulu. Her work includes original documentary "I am Greta," which premiered in late 2020.

It took Tiffany McMichael (B.F.A. Filmmaking ’04) a little while to settle into her current life as Originals Content Operations Manager at Hulu, but after living at the base of a volcano in another country, how hard can it really be?

The South Carolina native had always carried a torch for movies, a knack for computers and a love for writing. That combination led to her majoring in cinematography and, later, pursuing studies in screenwriting.

A family member told her about UNCSA, and her parents were excited about it because they didn’t want her moving too far away. After coming to look at the school, McMichael fell in love. “I chose the school on the surface because it seemed like it was the most ‘real looking’ film school,” McMichael said. “There, you learned the basic and practical things. You learned the value of the discipline you were in.”

McMichael said that that part of getting a job at places like Hulu or Trailer Park is that you must be flexible and willing to learn and try things outside of your comfort zone. According to her, UNCSA didn’t just give her the skillset but the confidence to do that.

Learning from your job is part of your payment. If you look at it that way, you'll never be out of a job.

“I went to school for Cinematography, ended up writing for marketing and started learning new things in my job about digital video, editing and graphics,” she said. “I ended up learning how to do those things even though it wasn’t part of my job. Learning from your job is part of your payment. If you look at it that way, you’ll never be out of a job.”

After graduating, McMichael returned home for two years, working at WSPA News Channel 7 on the production team before being promoted to marketing producer. At that point she decided to apply to the Japan Exchange and Teaching (JET) program and move to Japan, where she would teach English and finish her master’s degree.

“I wanted to live in a foreign country and see how well I would do. Plus, I like Japanese cinema a lot. I only expected to stay a year, but I loved it so much I ended up staying two. It was amazing and one of the best times of my life,” said McMichael.

Though she made a lot of friends, expanded her knowledge of winter sports and met her wife during her time in Hokkaido, it wasn’t long before McMichael began looking for a job back in the states. She had already planned to go to Los Angeles, saving up funds and securing housing with a friend who was living there.

Two weeks before leaving Japan, she interviewed for a job with a company called Studio City and was offered the position. Unfortunately, they needed her to start immediately. Though she wasn’t available immediately, they told her to call when she arrived in L.A.

After stopping in South Carolina to get her affairs in orders, she packed up her car and drove across country to fulfill her dream of working in the film and television industry. She began applying for jobs and gave Studio City a call back, where she was hired as a TV promo production coordinator for “The Tyra Banks Show,” and occasionally for “Ellen” and “The Bonnie Hunt Show.”

“It was a surprise to a lot of my friends, because a lot of them are out for months looking for work, but I got my first job in the first two weeks. I felt extremely fortunate.”

The 38-year-old called the job “a real learning experience” because filming was in New York, then everything was finished in L.A. “That job was brutal, and you had to always be conscious of the three-hour time difference. It was pretty indicative of the industry. Then, ‘The Tyra Banks Show’ was not renewed,” McMichael said.

She was out of steady employment, doing freelance video work before getting a phone call from a woman who had trained her at Studio City asking if she wanted a job at a film and TV marketing company called Trailer Park. There, she worked on the “Dr. Phil” account and upfronts for other CBS shows. Her five-year tenure there included promotions from coordinator to assistant editor before she left for Hulu.

“Trailer Park is one of the biggest film and TV marketing companies in L.A. They’ve done probably any trailer for any movie that you’ve seen,” said McMichael. “But the thing I loved about Hulu was that it was technology-forward and I would be in the thick of it.”

After working 16-hour days for years, the idea of unlimited paid time off and the luxury of “regular” work hours also solidified the deal.

“I remember asking my boss what time I should come in. He said, ‘You know, I like to come in around 10 but you know do whatever works for you.’ I was like, ‘ok!’ I never had a job like this before,” said McMichael. “The timing was perfect.”

She has enjoyed her time at Hulu so far, and has contributed to some significant projects that have left their imprint around the world, including “Casual,” Marvel’s “Runaways” and “The Mindy Project.” One of the biggest projects that she has been hands-on with is “The Handmaids Tale.”

“I remember being in that meeting so long ago when we started talking about the element of season one. We worked on development all the way through launch and beyond, testing footage and helping them prep things,” she said. “It was just so well done, and was recognized with many awards. I was so proud.” Season four of the Hulu Original premieres on April 28, 2021. 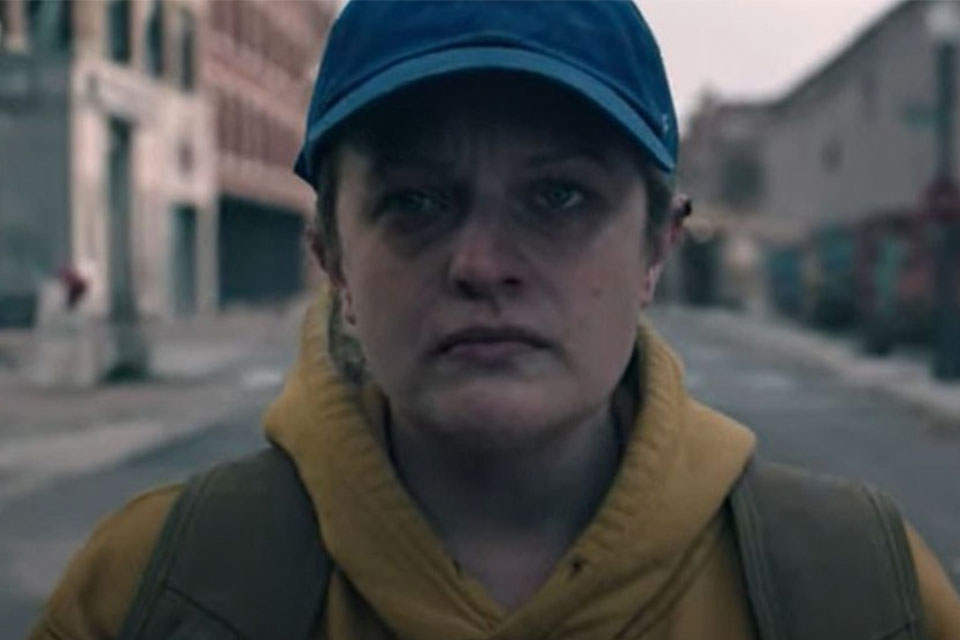 Watch the trailer for the fourth season of Hulu Original Series "The Handmaids Tale," premiering in April 2021.

Editor’s note: Fellow UNCSA Filmmaking alumna Zoë White served as a director of photography for seasons 2 and 3 of “The Handmaid’s Tale.”

McMichael has felt the effects of COVID-19, both professionally and personally. Her office was already pretty flexible with work arrangements, but some things had to be put in place to ensure workers could do their work from home. Personally, she was headed out on maternity leave. Her three-year-old daughter got sick with a cold while visiting her wife’s family in Japan, while McMichael was stateside and almost eight months pregnant. Then, she delivered a baby in the middle of a pandemic. 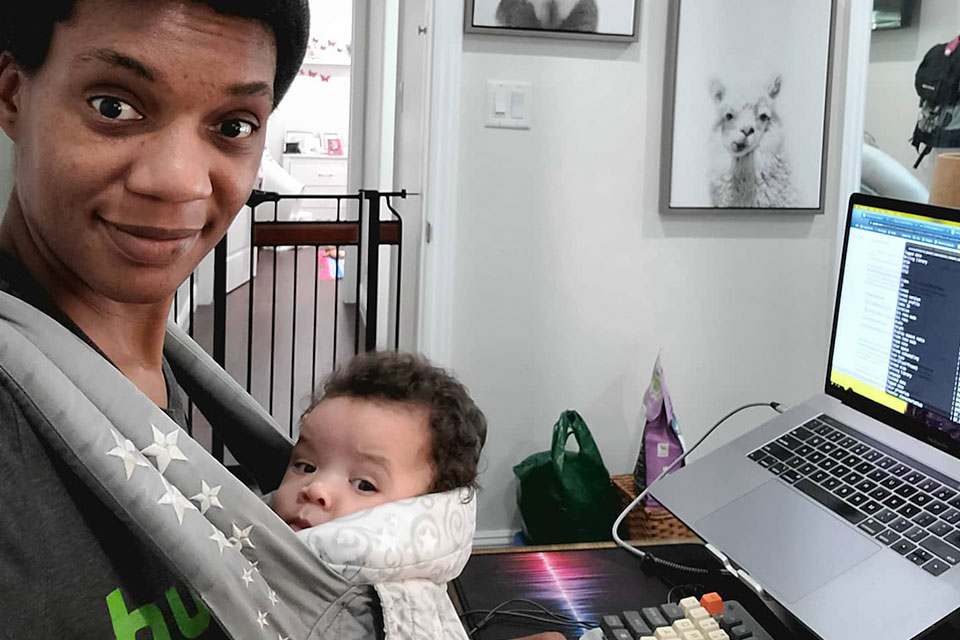 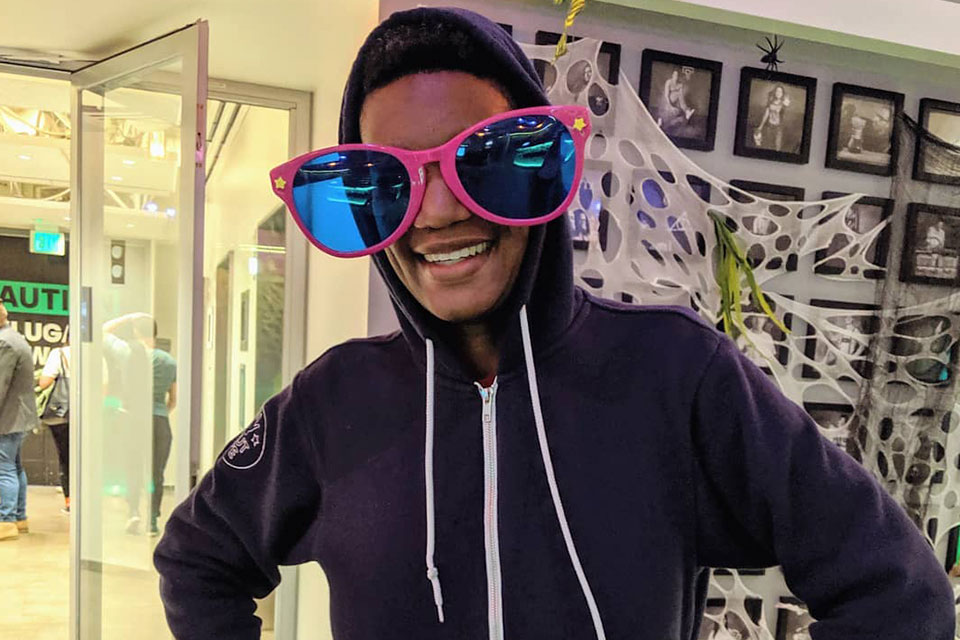 “They were only supposed to stay two weeks, but ended up staying an extra week and a half. At that same time, you are hearing all these news snippets about this new disease. I was worried about them being able to come back home. A month later, they shut down travel,” she said.

As for what’s next for McMichael and Hulu? Some recent projects include “Woke,” “Monsterland,” “Pen 15,” “Little Fires Everywhere,” “High Fidelity,” “The Act” and “I Am Greta,” a documentary on the teen environmentalist Greta Thunberg. Hulu Original biopic “The US vs. Billie Holiday” just earned the streaming service an Oscar nomination for Best Actress.

“Anytime I’m like ‘Oh I want to talk about this really amazing project’ I have to see if it has been announced first. But I’m excited about what we have out… and what’s coming,” said McMichael. “It was definitely a journey to get to where I am now.”

Learn more about Hulu Originals and choose what you'll stream next.