Mary-Mitchell Campbell and Kristin Chenoweth on the closing night of "My Love Letter to Broadway." / Photo: Getty Images

Music grad's nonprofit showcases her passion for the arts

It was sheer happenstance how Mary-Mitchell Campbell (HS Music ’92) discovered UNCSA. She attended the annual Governor’s School at Salem College and met other young people who were going to be attending UNCSA the next fall.

“I went over to campus and asked if I could audition... and I was accepted,” she says. And that changed the course of her final year in high school.

Now the musical director for Tina Fey’s stage adaptation of her hit movie “Mean Girls,” Campbell grew up playing piano in church. At age 10, she was playing professionally in restaurants near her hometown in eastern N.C. Mostly she played by ear, but began focusing on classical music and training in 8th grade. As soon as she heard about UNCSA, she knew she wanted to be on campus.

“There’s nothing better than being immersed with people at the same skill level to drive you forward,” she says. “You have to have those building blocks.”

She points back to the 1992 performance of “Baby” on campus, featuring Lauren Ward (Drama ’92), as a pivotal moment when she thought that musical theater could be a career option. “I left that performance thinking ‘that’s what I want to do.’”

I left that performance thinking 'that's what I want to do.'

She also credits that year’s student-produced musical “Little Shop of Horrors” and T. Oliver Reid’s (Music ’93) performance as an incredibly formative experience for her because she hadn’t been exposed to musical theater before.

After college, she moved to New York City to pursue working on Broadway. One of the first things she did was volunteer to be a rehearsal pianist for “Sweet Charity” at Broadway Cares/Equity Fights AIDS. That’s when she met legendary composer Cy Coleman. “He basically adopted me from that,” she says, introducing her to Paul Newman and A.E. Hotchner.

“They were like my crazy uncles who took me under their wing,” says Campbell. During college, she had become interested in the intersection of art and social problems, and her relationships with Newman, Coleman and Hotchner solidified that interest.

Campbell eventually ran all of the philanthropic activities for Newman’s Own, the company Newman founded, which donates all profits to charity. He was incredibly generous with his time and devoted to leveraging his success to support children. To this day, she still participates in charitable events for the original camp that Newman founded.

She also maintained her burgeoning career as a musical director for shows on and off-Broadway. Director John Doyle approached her to do the 2006 revival of Sondheim’s “Company,” for which she won a 2006 Drama Desk Award for Outstanding Orchestrations. She’s also worked on “Sweeney Todd”, “Roadshow,” “The Addams Family,” “Big Fish” and “Finding Neverland.” Almost all of the musicals she works on are new or reimagined revivals.

Inspired by her work with Newman, Campbell started her own nonprofit 11 years ago while she was navigating a divorce. ASTEP (Artists Striving to End Poverty) came to life with money she received from the sale of her house. 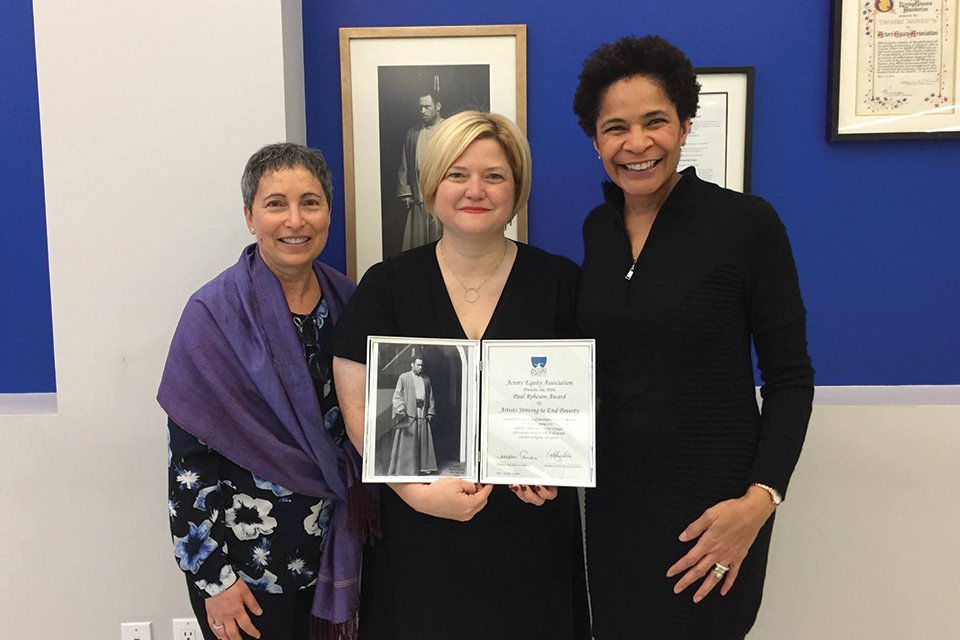 She says she felt a need to look at the bigger picture, so she spent four months volunteering in orphanages in India. “Basically I did ‘Eat, Pray, Love’ before ‘Eat, Pray, Love,’ and I thought, ‘my life is never going to be the same again.’”

Her work through ASTEP has taken her to India, Africa and across the U.S. ASTEP connects performing and visual artists with young people to foster critical thinking and open up their imaginations. “We are focused on the power of arts to get them to believe that they can break the cycle of poverty they grew up in” Campbell explains.

Campbell has hosted the Artist As Citizen conference through ASTEP at Juilliard for the last four years, introducing young artists to the diverse ways they can strengthen their communities and empower individuals through the arts. She will hold her first Artist As Citizen conference at UNCSA in January 2018. She recently returned to campus to work with fourth-year Drama students who are performing “Company” this month. 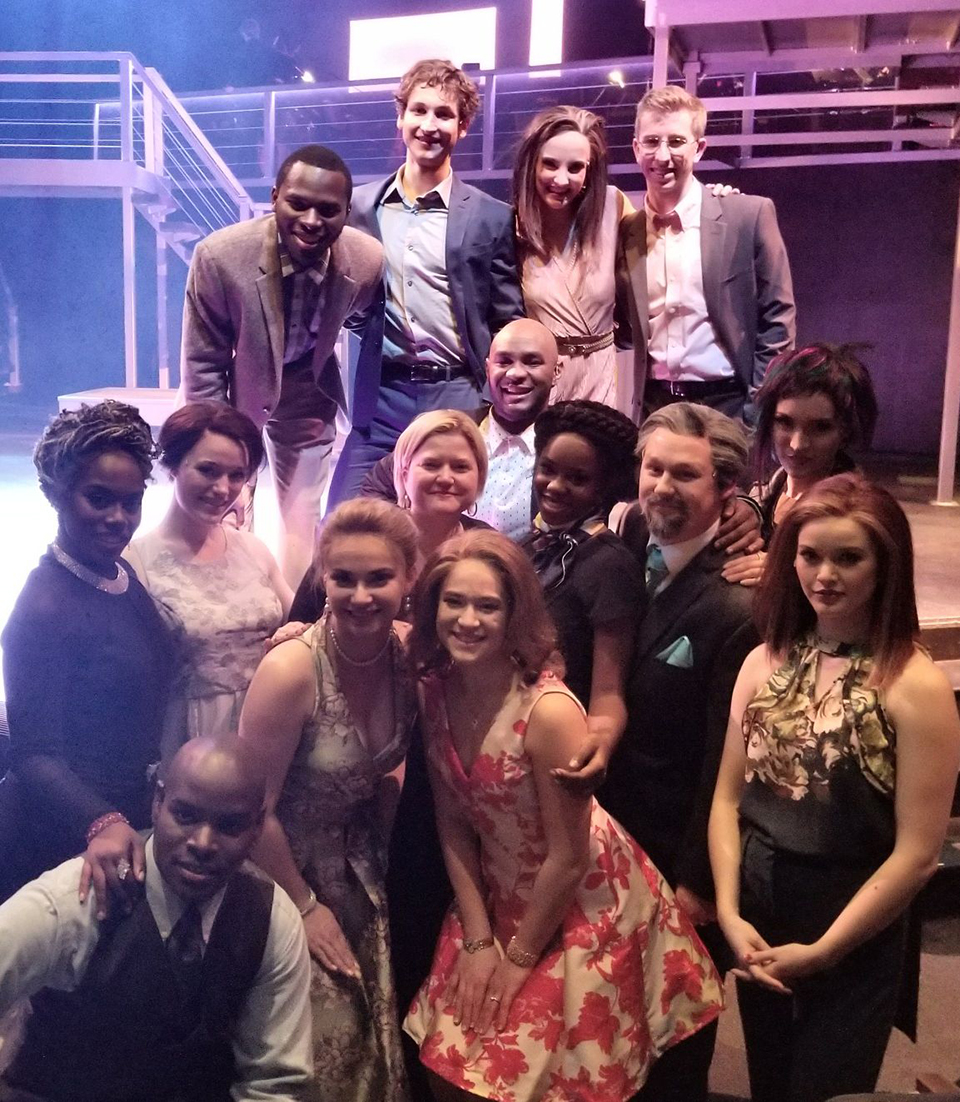 Mary-Mitchell Campbell (center) worked with Drama students in advance of their upcoming performance of "Company."

During her campus visit, she enjoyed spending a little time at the Elephants, where she did most of her deep thinking as a student. She says the biggest things she learned at UNCSA were passion and discipline.

“I started to understand passion, and the discipline that came as a responsibility of passion,” she says. “Nothing has worked out the way I thought it would, but having the most diverse set of skills is very useful.”

Campbell calls UNCSA an amazing resource. “Having this school nearby was a game changer for me.”