Two UNCSA composers, undergraduate fourth years Peyton Clifford and Algernon Robinson, were commissioned this year to create new works exploring the heritage of Old Salem, a community where historical African and European cultures existed side by side, sometimes in conflict with one another. It’s a prime example of UNCSA students getting professional experience in creative projects that use collaboration to have a powerful social relevance.

The project, called “Hidden Town,” has been bringing to light the historical lives of enslaved people within the Moravian community. Frank Vagnone, the President and CEO of Old Salem, wants to foreground these stories through cutting-edge art. “No other heritage site in the country is investigating this type of narrative at this scale,” Vagnone says. “It’s something we consider vitally important.” 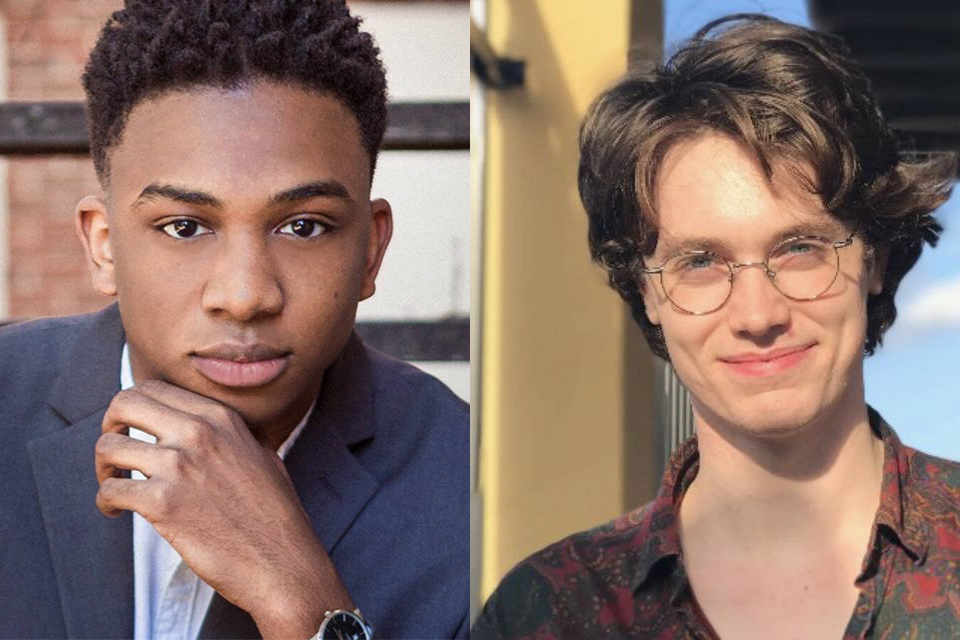 “Parapo” is a West African Yoruba word that means “blend” or “where the ways come together.” This composition brings together Moravian and traditional West African musical ideas. Scored for string quartet and African percussion (including djembe, dun dun, and kalimba), the music opens with a melody meant to evoke a call-and-response field holler, shared among members of the quartet.

Robinson enlisted choreographer Lauren Smith and filmmaker James Wiley, both fellow students at UNCSA, to the project, resulting in a music video filmed on location at Old Salem, using some of the spaces that Moravians and African Americans occupied centuries ago.

"Half Lives" is a sound-installation that communicates narrative through melodic quotation, instrumental timbre and electronic alteration. The main source material is a song written by 20th century Piedmont Blues musician Elizabeth Cotten. The Piedmont Blues style was North Carolina’s contribution to Blues music, which was born out of a juxtaposition of West African and European musical elements during the enslavement of West African people in the United States. The song, “Freight Train,” is presented without accompaniment or embellishment, but is gradually distorted by electronic effects. Pipe organ, an instrument central to the music-making of the Moravian people, eventually swallows up the entire mass. A more spacious section ensues, grounded in the sound of the organ along with single-syllable excerpts from the blues song, all of which have been slowed down exponentially. Altered sounds of banjo and thumb-piano, two instruments rooted in African music whose predecessors were brought to the Americas during Triangular Trade, can be heard within the dense layer. To conclude, the unaffected vocal line of “Freight Train” returns.

"Half Lives" is a composition about the attempt to strip people of their cultural heritages thereby stripping them of their humanity and how it is always doomed to failure. Ruminating on this dark piece of history reminded me of an atom with a half-life; no matter how much decay occurs, the atom will never be reduced to zero: something will always survive.

Frank Vagnone gave a presentation at the Royal Academy of Music in London on the Hidden Town project on April 3, 2019. Both works will be installed in historic settings within Old Salem. “We have all done something very important here,” Vagnone said. “Through contemporary forms of interpretation, we can teach history.”