Two students in the School of Music at the University of North Carolina School of the Arts have won statewide competitions sponsored by the Winston-Salem Symphony, and will be featured in the symphony’s upcoming Concert for the Community.

Violinist Nathalie Schmalhofer, a high school senior from Germany, won the senior division of the Peter Perret Youth Talent Competition and will perform as soloist, and composer Alexander Chadwick Umfleet, a college junior from Raleigh, won the symphony’s composition contest, and will have his work, Elysia, performed by the symphony. 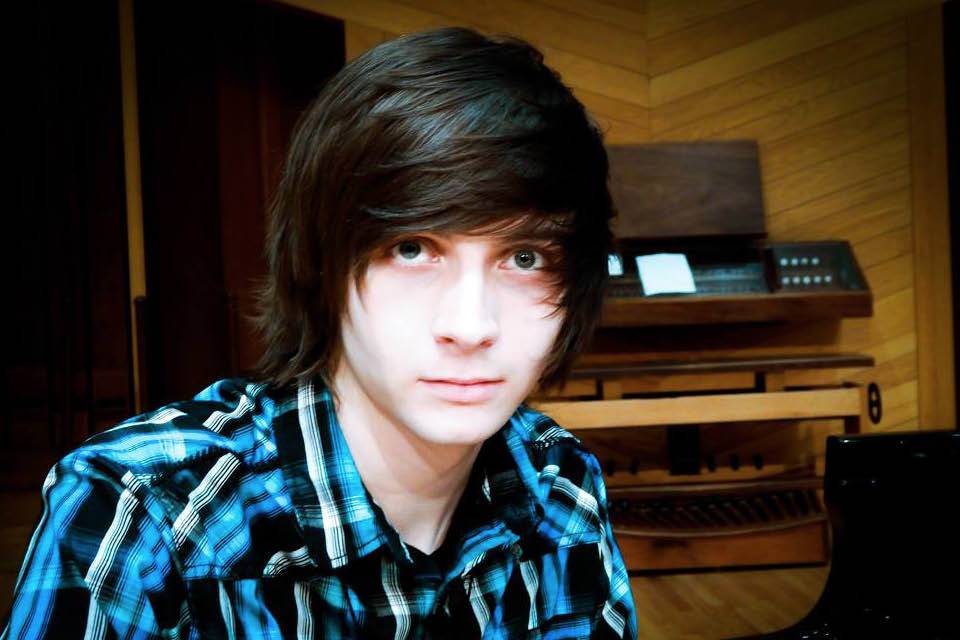 Composer Alex Umfleet will have his work performed by the Winston-Salem Symphony.

“We are grateful to the Winston-Salem Symphony for providing competitive opportunities for young musicians,” said Karen Beres, interim dean of the School of Music. “Competitions such as these help students sharpen their performance skills. We’re proud of Nathalie, Alex and Emily.”

Schmalhofer, who studies with Ida Bieler and Janet Orenstein, will perform Mendelssohn’s Violin Concerto No. 1, first movement. She also won the UNCSA Concerto Competition and performed as soloist for the recent four-concert tour by the UNCSA Symphony Orchestra under the direction of Maestro Christopher James Lees.

Music Director Robert Moody will conduct the Winston-Salem Symphony in the world premiere of the composition by Umfleet, who studies with Lawrence Dillon, UNCSA’s composer-in-residence.

Concert for the Community is at 3 p.m. Saturday, May 7, at Wait Chapel on the Wake Forest University campus. It is a free concert, but tickets are required. Visit the symphony’s website for information.

Nathalie Schmalhofer
The German-Canadian violinist Nathalie Schmalhofer won first prize for best interpretation of a modern piece and second prize in the German National Youth Competition, the Culture Prize in Bobingen and the “Live Music Now” scholarship from the Yehudi Menuhin Foundation. Schmalhofer also served as the youngest judge for the International Leopold Mozart Competition and has appeared as soloist with the Romanian State Philharmonic Orchestra of Bacău.

Schmalhofer attended the Eastern Music Festival in Greensboro on full scholarship, where she won the Young Artist Competition in 2013 and 2014. She performed her American debut in 2013 with the EMF Symphony Orchestra under Jose-Luis Novo. In describing her performance, CVNC reported “her playing was sensitive, musical, and expressive.” In 2014, she studied Beethoven’s Triple Concerto with Maestro Kent Nagano.

In 2015, she attended the Aspen Music Festival on a full fellowship from the Thomas S. Kenan Institute for the Arts. She has played in master classes for Elmar Oliveira, Augustin Hadelich and the Jupiter String Quartet.

Since coming to UNCSA, she has won numerous competitions in North Carolina, including the Music Academy of North Carolina String Competition, the N.C. American String Teachers Association Competition and the Omega Talent Hunt Program. She made her Carnegie Hall debut at Weill Hall.

His compositions have been performed by ensembles and individuals including the UNCSA Symphony Orchestra, the UNCSA nu ensemble, trumpet professor Judith Saxton, and members of the International Music Festival of the Adriatic.

He is also an avid performer, serving as a percussionist for ensembles including the UNCSA Orchestra, Wind Ensemble, nu ensemble, Percussion Ensemble and the Triangle Wind Ensemble.

“Elysia tells the narrative of a character that is threatened by the shadow of death and is trying to make the most out of his last moments before the darkness takes him,” Umfleet said. “In his final journey, he copes with the feelings of fear and hopelessness one would expect, while also experiencing some final moments of joy and happiness as he accepts what is about to come.”