Camille A. Brown returned to UNCSA in December 2015 as a guest artist in the School of Dance.
Home > News & Features > School of Dance graduates are nominated for prestigious Bessie Awards

School of Dance graduates are nominated for prestigious Bessie Awards

Camille A. Brown and Gillian Murphy, graduates of the School of Dance at the University of North Carolina School of the Arts, are nominated for 2016 New York Dance and Performance Awards. Also known as the Bessie Awards, they are the equivalent of Tony Awards for professional dancers.

The nominations were announced July 13 in New York. 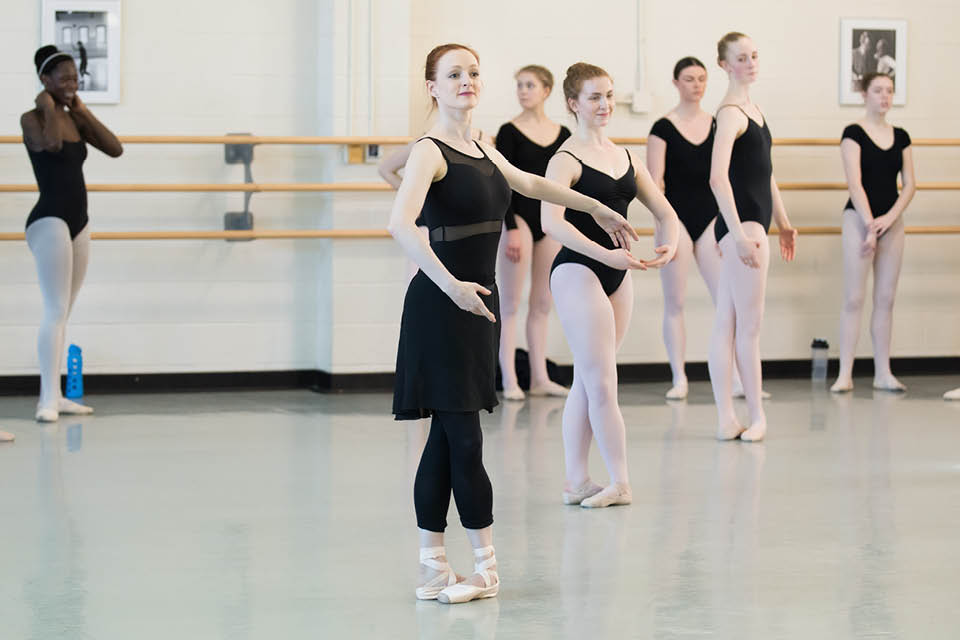 Gillian Murphy, center, took classes with students in the School of Dance when she visited campus in March 2016. Photo: Peter Mueller

Murphy, who graduated from UNCSA’s high school Dance program in 1996, is nominated as outstanding performer. A principal dancer with American Ballet Theatre, she celebrated her 20th anniversary with the company in May.

“Camille and Gillian are extraordinarily talented, and they richly deserve these honors,” said Dean of Dance Susan Jaffe, who noted that both of the nominees have recently returned to campus to work with students.

“They are exemplary role models for what we teach: A successful dance career is built with hard work, discipline and passion,” Jaffe said. “Our students are profoundly inspired by these women. We are proud of them and we hope they win!” 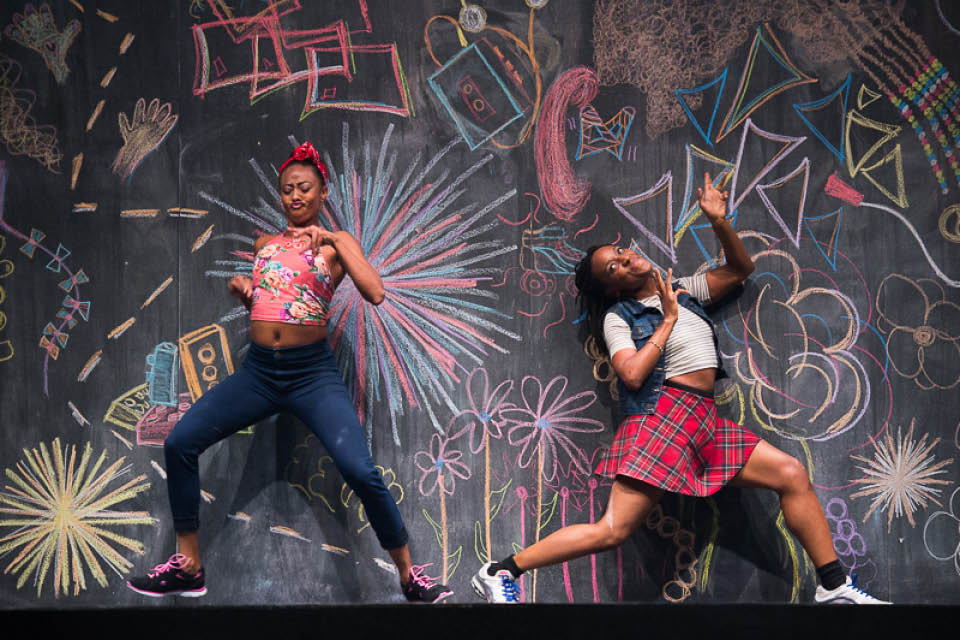 A prolific and award-winning choreographer, Brown visited campus in December 2015. In 2016, she has received the Princess Grace Statue Award, the Jacob’s Pillow Dance Award and a Guggenheim Fellowship. In 2015, she was the recipient of a Doris Duke Artist Award, a United States Artist Fellowship and a TED Fellowship. She is the founder of Camille A. Brown and Dancers, a company known for using theatricality and the aesthetics of modern, hip hop, African, ballet, and tap to tell stories that connect history with contemporary culture.

“Black Girl: Linguistic Play” premiered at New York’s Joyce Theatre in December 2015, and is being revived this summer as part of the BRIC Celebrate Brooklyn Festival.

Murphy most recently returned to campus with ABT colleagues including Misty Copeland, James Whiteside, Isabella Boylston, Marcelo Gomes, Stella Abrera and fellow alumnus Blaine Hoven (high school, ’06) for a performance to benefit the scholarship named in her honor. While on campus, she and her colleagues took classes with students and participated in a question-and-answer session. 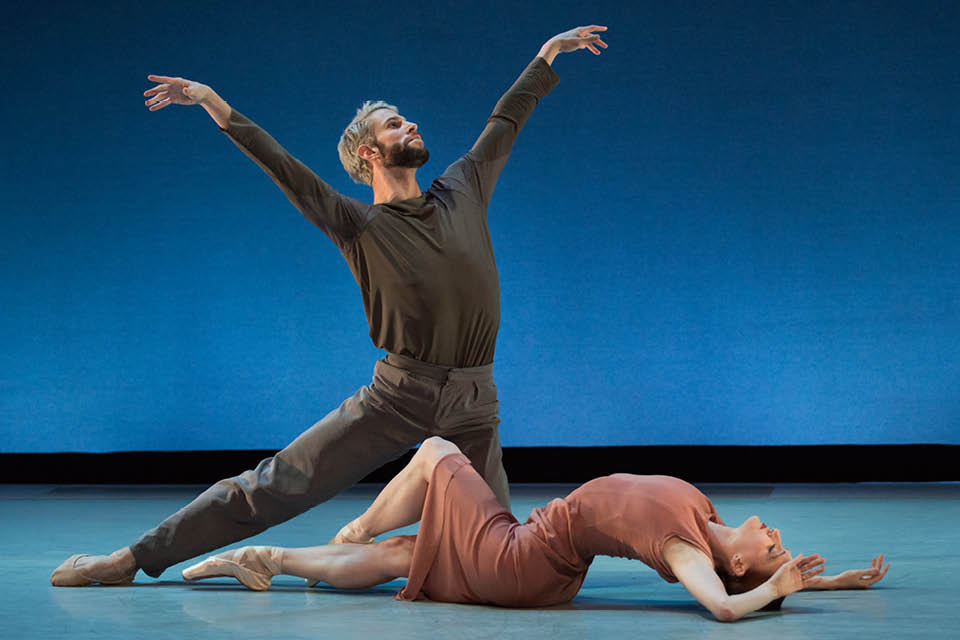 Murphy and her husband, former Dean of Dance Ethan Stiefel (2007-11), returned in December 2015 as guest artists in residence for the school’s annual production of The Nutcracker. She was the speaker for High School Commencement in 2014.

A recipient of a Princess Grace Foundation-USA grant, Murphy also received a Princess Grace Statue Award. Murphy has appeared as a guest artist all over the world, including Japan, Chile, Greece, Germany, Italy, Russia, Sweden, Australia, New Zealand and throughout the United States.

The Bessie Awards, named for acclaimed dancer and dance educator Bessie Schonberg, will be presented on Oct. 18 at the Brooklyn Academy of Music’s Gilman Opera House.