University of North Carolina School of the Arts alumnus Paul Tazewell has added an Emmy to his long list of professional honors and awards. Tazewell, who graduated from the School of Design & Production in 1986, received an Emmy for costume design for NBC’s “The Wiz: Live” during the Creative Arts Emmy Awards in a two-night ceremony held this past weekend. 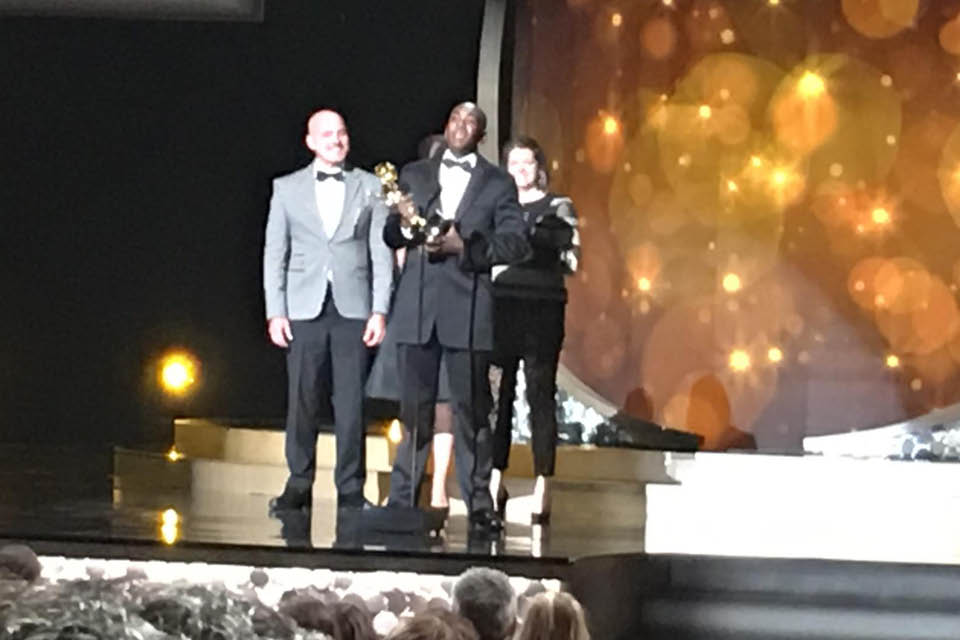 Paul Tazewell accepted the Emmy Award for outstanding costumes for NBC's "The Wiz: Live" on Sept. 11.

Tazewell won a Tony Award in June for costume design for critically-acclaimed and wildly popular Broadway musical Hamilton: An American Musical. Previously, he has won two Lucille Lortel Awards, four Helen Hayes Awards and many regional design honors. The Princess Grace Foundation named him a young artist of note in 1993, and in 2013 it honored him with its most coveted prize, the Princess Grace Statue Award. Prior to his Tony win for Hamilton, Tazewell had been nominated six times, and once for a Drama Desk Award.

D&P Dean Michael J. Kelley, who was a classmate of Tazewell’s, said the costume designer was destined for success. “Even in the 80s we all knew he would build a brilliant career. His talent was that obvious. It is terrific to see him winning the industry’s top honors,” Kelley said. “We’re very proud of him, and very grateful for his continued support of the School of the Arts.”

Tazewell has returned to campus several times as a guest artist. He recently told the Winston-Salem Journal that UNCSA’s undergraduate costume design program is stellar. “I learned the very strong basis of costume design, how to make costumes and how to approach design and visualize what it could be,” he said. “It gave me an entry and a start to move into very specific styles of design — operas, plays, musicals — a well-rounded basis for any kind of design.” 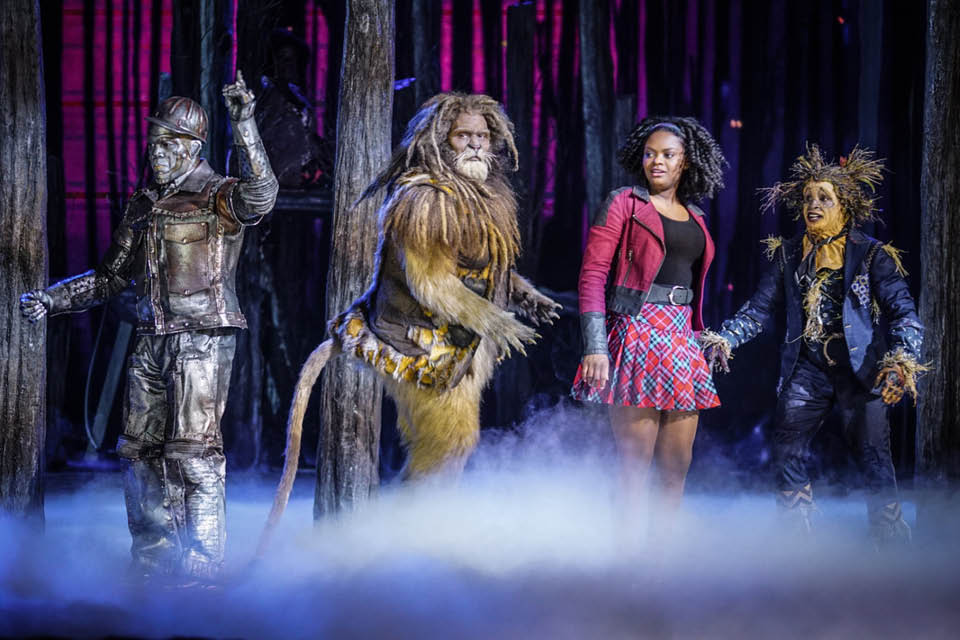 During the Creative Arts ceremonies, awards were given in more than 40 categories and presented by stars like Morgan Freeman, Heidi Klum and Vanessa Hudgens. UNCSA School of Music alumnus Kendall Ramseur’s band Sons of Serendip, finalists on the ninth season of NBC’s “America’s Got Talent” in 2014, performed and will be seen during an edited two-hour broadcast of the Creative Arts Emmys at 8 p.m. Saturday, Sept. 17, on FXX. Ramseur, a 2009 graduate from Charlotte, plays cello in the four-person band.

The Primetime Emmy Awards will be televised at 7 p.m. Sunday on ABC.