Works by three icons of American dance and a renowned contemporary European choreographer are on the program for the University of North Carolina School of the Arts’ Winter Dance, Feb. 23-26 at the Stevens Center in downtown Winston-Salem. The program also includes a performance by Paul Taylor 2 company, in residence at UNCSA Feb. 12-26. 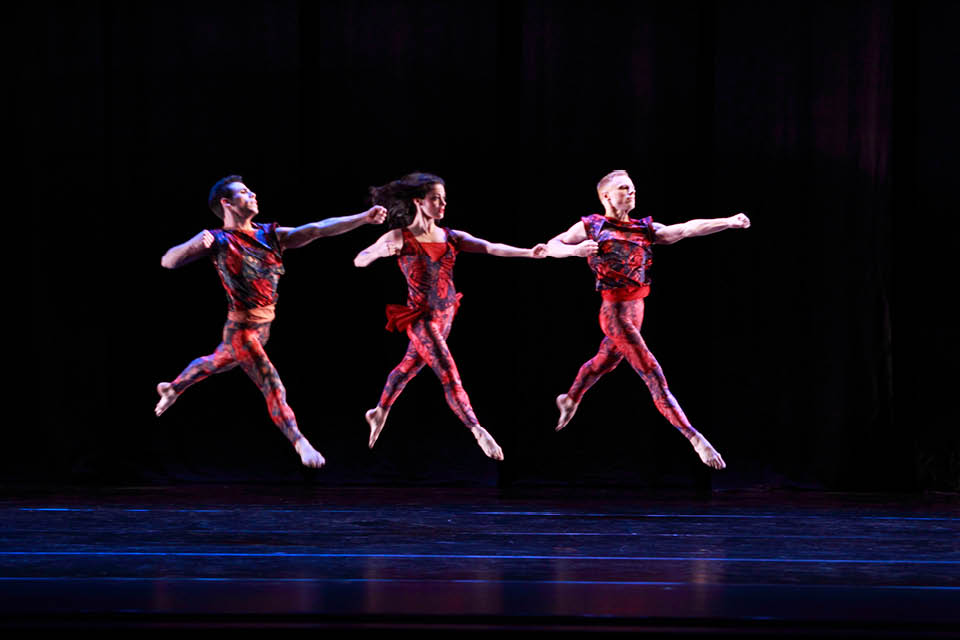 Expert guest artists have staged each of the works, offering students a rare depth of experience and knowledge, according to Dean of Dance Susan Jaffe. "The School of Dance is committed to providing our students with exposure to the highest caliber of professional dancers, choreographers and dance historians. That has benefits for our audiences as well."

A handful of tickets remain for the Saturday, Feb. 25, performance at 6:30 p.m. Most of the tickets for that performance already have been reserved as part of UNCSA’s annual NextNow Scholarship Benefit. Tickets for NextNow – which include the performance and the after-party at the Embassy Suites – begin at $200 and are available online or by calling the Advancement Office at 336-770-3330.

Dance historian Elizabeth Kendall will give a front-of-curtain talk about Balanchine and his works prior to performances on Thursday and Friday, Feb. 23 and 24, from 6:15 to 7 p.m., with open seating for the talks. The author of “Balanchine & the Lost Muse: Revolution and the Making of a Choreographer” (2013), she teaches literary studies at The New School and has written for The New Yorker, Vogue, Ballet News, Dance Magazine, The New York Times, Elle, The New Republic and other journals. 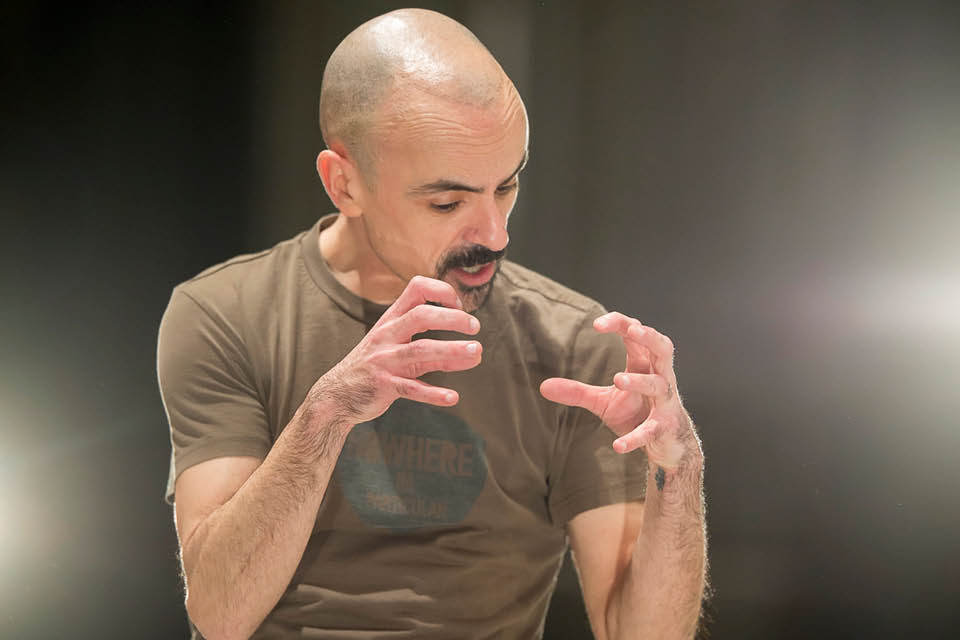 Goyo Montero is a guest artist in the School of Dance this February.

Contemporary choreographer Goyo Montero’s Cutting-edge "Alrededor no hay nada (Around there is nothing)," is being staged by Christian Teutscher, a dancer with Staatsstheater Nürnberg Ballett (Nuremberg Ballet) since 2008. "Alrededor no hay nada" is part of Montero’s larger choreography "Benditos Malditos," or "Blessed Dammed," and was inspired by and set to the poem/song “El Día de la Creacións” of Spanish poet Joaquin Sabina and Brazilian poet/musician Vinícius de Morais.

"The original idea was to create a work about the human voice and the importance of taking every moment to the fullest, making every day count as it could be the last," said Teutscher, who has worked with UNCSA dancers since late January. The contemporary work is for six women and six men.

Nominated in 2003-04 as best dancer for the season in Europe by "Dance Europe Magazine" and winner of the prestigious Prix de Lausanne, Montero is ballet director and principal choreographer of Nuremberg Ballet. His choreography is sought after throughout Europe and is part of the repertoire at Prix de Lausanne. He will be guest artist in the School of Dance Feb. 12-19.

Dean Jaffe, who met Montero at Prix de Lausanne a few years ago, considers it a coup to have him on campus. "His work is wildly popular throughout Europe," she said. "It’s exciting to introduce his thrilling work to our students and to our audiences." 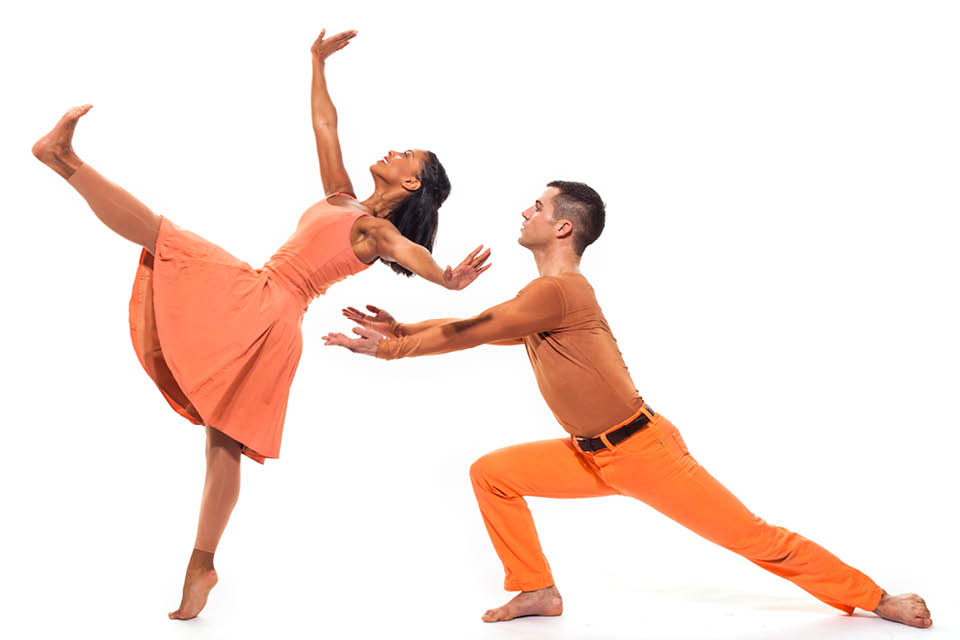 Professional dancers from Paul Taylor 2 will perform "The Uncommitted," Taylor’s commentary on the impermanence of 21st-century relationships. "The Uncommitted" premiered at the American Dance Festival in Durham in 2011. It was Taylor’s 134th dance, set to music by Estonian composer Arvo Pärt. The four-part work begins and ends with dancers alone, in what The New York Times called "a visual treasure hunt."

Taylor, called “the reigning master of modern dance” and “the greatest choreographer alive” by The New York Times, created Paul Taylor 2 in 1993 to ensure that his works could be seen throughout the world. He has created 142 works since 1954.

Merce Cunningham’s "Change of Address," called an "objective display of pure movement" by The New York Times, will be staged by Trish Lent and UNCSA Dance alumna Jean Freebury ’90, former dancers with Merce Cunningham Dance Company who are now associated with the Merce Cunningham Trust. The piece explores the unbalance that results from moving from one fixed place to another. Set to Walter Zimmerman’s “Self Forgetting,” which utilizes violin, harmonium, glass harmonica, cowbells and voice, it has a cast of eight women and seven men. It was premiered in 1992 by the Merce Cunnningham Dance Company at the University of Texas in Austin.

The UNCSA performance of "Change of Address" will recreate visual artist Marsha Skinner’s original designs of backdrop, costumes and lighting, which Skinner said was based on "Christmas Eve at Taos Pueblo – bonfires and darkness."

Considered one of the most important choreographers of our times, Cunningham was a leader of the American avant garde. He was known for innovative collaborations with artists from other disciplines, including musicians and visual artists. Cunningham died in 2009 at the age of 90, after a 70-year career as dancer and choreographer.

George Balanchine’s sweeping and romantic "Serenade" will be staged by Zippora Karz, a former soloist with New York City Ballet. She now serves as a teacher and repetiteur for the George Balanchine Trust, rehearsing and staging Balanchine’s choreography for a host of national and international dance companies.

"Serenade" is the first ballet choreographed by Balanchine in America, set to Tchaikovsky’s transcendent "Serenade for Strings."  First performed by the School of American Ballet in 1934, it was reworked several times before its current form in four movements for 20 women and six men. Created as a lesson in stage technique, it is now considered one of Balanchine’s seminal pieces. 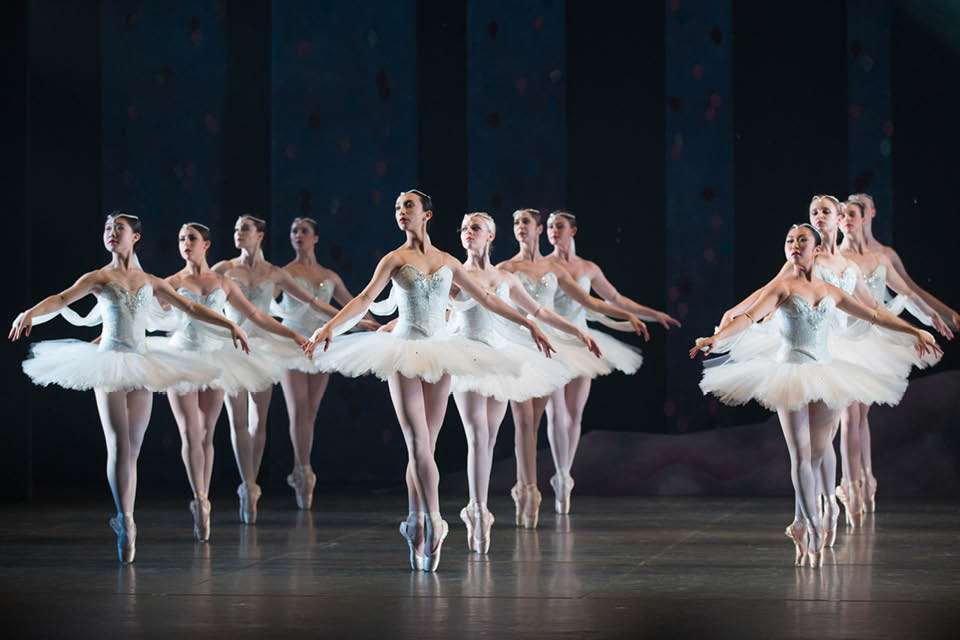 Born in Madrid, Goyo Montero studied at the Royal Conservatory for Professional Dance in Madrid and the School of the National Ballet of Cuba. In addition to his win at Lausanne, he won gold medal and grand prix at the International Ballet Competition of Luxembourg.

He was principal dancer at the Deutsche Oper Berlin and soloist at the Oper Leipzig, Staatstheater Wiesbaden and the Royal Ballet of Flanders. He was guest soloist with the National Ballet of Mexico, the Perth City Ballet and the Ballet d‘Europe.

Montero’s works have been recognized and celebrated by many international dance publications, including "Dance for You" magazine (best modern choreography for "Romeo and Juliet" at Compañia Nacional de Danza in 2013 and choreographer of the year in 2014 for "Black Bile"); "Danza & Danza" (best Italian production of the year in 2008 for "Sleeping Beauty"); and "Dance Europe" (best revival for "Romeo and Juliet" in 2012/13, best company in 2014 for Nuremberg Ballet and best choreography in 2014 for "Black Bile").

Among his awards are the Villa de Madrid; the first award of the Ibero-American Competition of Choreography; the Villanueva award by the Union of Writers, Critics and Artists of Cuba; the Teatro de Madrid award; the Harlequin Award; and the Bavarian Culture Award. In recognition of the successful start of his company, he received the cultural prize of the Chamber of Industry and Commerce of Middle Franconia in 2009. In 2011 he received the Premio Nacional de Danza from the Spanish Ministry of Culture.

Ruth Andrien danced with the Paul Taylor Dance Company from 1974 to 1983, originating roles in such works as "Esplanade," "Runes," "Airs," "Images" and "Le Sacre du Printemps (The Rehearsal)." She has restaged Taylor’s work for professional companies and universities around the world.

Andrien has been on the faculty of the University of the Arts in Philadelphia, Swarthmore College, Harvard University, Massachusetts Institute of Technology, Southern Methodist University, The School at Jacobs Pillow, New York State Summer School of the Arts, The Taylor School and the American Dance Festival, where she has directed the Paul Taylor Project for the past three years. She has worked closely with The American Dance Legacy Institute at Brown University, which focuses on preservation and access to American dance heritage. She served as master teacher for the National Foundation for Advancement of the Arts in Miami and for the U.S. State Department’s cultural exchange program in Tunisia.

Andrien was the recipient of Towson University’s Rosenberg Award for Distinguished Artists in 2002 and the Balasaraswati/Beinecke Endowed Chair for Distinguished Teaching in 2009 with Carolyn Adams and Sharon Kinney. Andrien received her M.F.A. in Dance at Hollins University in 2007. She became Rehearsal Director of the Paul Taylor 2 Dance Company in 2010. 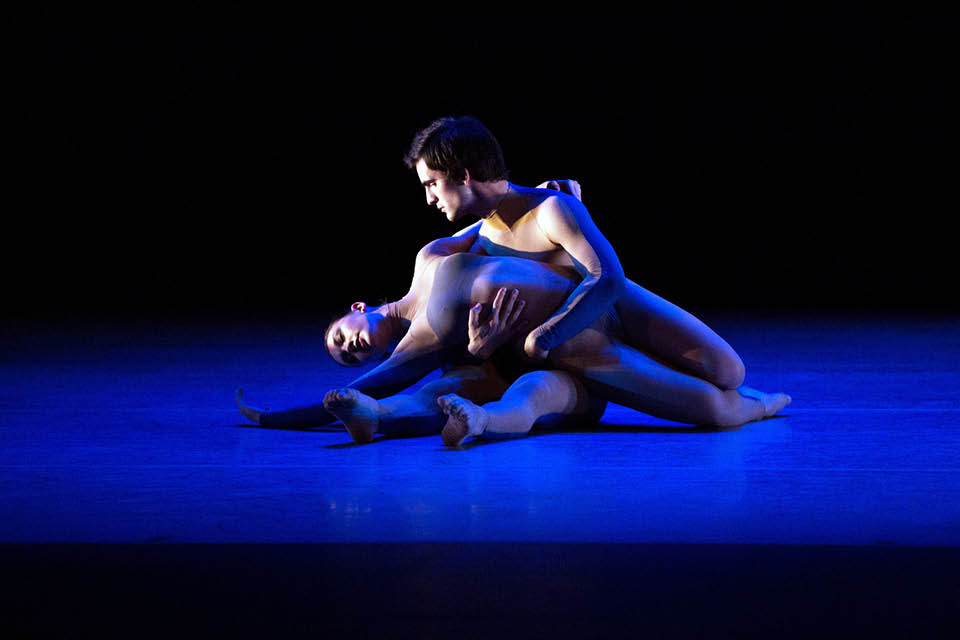 Patricia Lent was a member of the Merce Cunningham Dance Company (1984-1993) and White Oak Dance Project (1994-1996), and taught elementary school at P.S. 234 in Lower Manhattan (1998-2007). In 2009 she was named a Trustee of the Merce Cunningham Trust and currently serves as the trust's director of licensing. Since joining the trust, she has initiated and supervised close to 100 staging projects for professional companies, museums, conservatories, and schools.

Lent began teaching technique and repertory workshops at the Merce Cunningham Studio in the late 1980s. In recent years, she has staged Cunningham's work for numerous schools and companies, including "Fabrications" for Ballet de Lorraine, "Scramble" for Repertory Dance Theater, "Duets" for American Ballet Theatre, "Channels/Inserts" for Lyon Opera Ballet, "Beach Birds" for the University of North Carolina School of the Arts, and "Roaratorio" for MCDC's Legacy Tour.

Freebury has performed with independent choreographers including Kenneth King, Kota Yamazaki, Douglas Dunn, and Pam Tanowitz. From 2002 to 2007, she was a member of Magnetic Laboratorium, a collaborative performance art group led by visual artist Marisela La Grave. A licensed massage therapist, she is a co-owner of Inwood Healing Arts.

Freebury studied at the Alberta (Canada) Ballet School, London Contemporary Dance School, and the University of North Carolina School of the Arts.

She has been on the faculty of The Juilliard School since 2014.

Zippora Karz is a former soloist ballerina with the New York City Ballet where she performed for 16 years on stage and in televised performances. She was featured in a variety of roles choreographed by George Balanchine and Jerome Robbins as well as works choreographed for her by such choreographers as Peter Martins and Lynne Taylor Corbett. Karz danced with the New York City Ballet from 1983 through 1999. She now serves as a teacher and repetiteur for the George Balanchine Trust, rehearsing and staging Balanchine’s choreography for a host of national and international dance companies.

Karz is also a diabetes spokesperson and educator who regularly addresses major diabetes conferences and organizations worldwide. Her memoir “The Sugarless Plum” has inspired people all over the world to live happy and healthy lives. “The Sugarless Plum” is now translated in Slovenian. She also authored a children’s book, “Ballerina Dreams.” The story teaches children, with and without diabetes, that they should not give up on their dreams no matter what challenges they face.

She is currently guest faculty at the prestigious Colburn Dance Academy in Los Angeles and an artist in residence at the University of Southern California’s Glorya Kaufman School of Dance.