Performer at this year's One Night for One Drop event. / Photo: Erik Kabik, erikkabik.com

The fellowships, an exclusive partnership between Cirque du Soleil and UNCSA, placed students in working roles throughout all phases of the production process, from designing costumes to stage management the night of the event. They worked side-by-side with world-renowned Cirque professionals in Las Vegas for up to two months each, designing, building and managing the show.

Michael Kelley, Dean of Design & Production, says the program was “life-changing” for the participants. “This has propelled their careers to a place that could have otherwise taken years,” he says. “They went to Las Vegas to do the art that we teach here.”

Those participating in the program included: 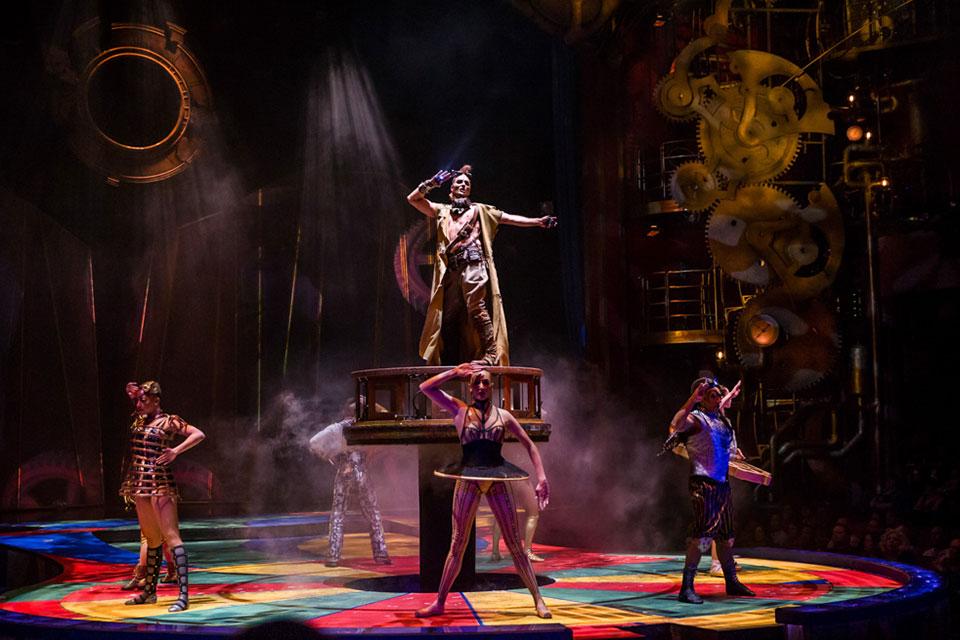 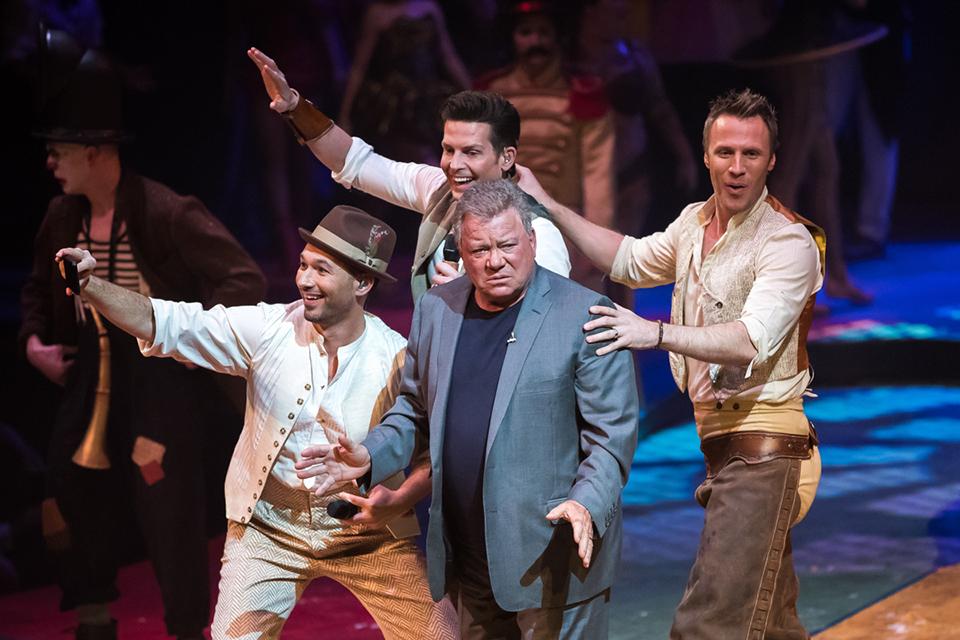 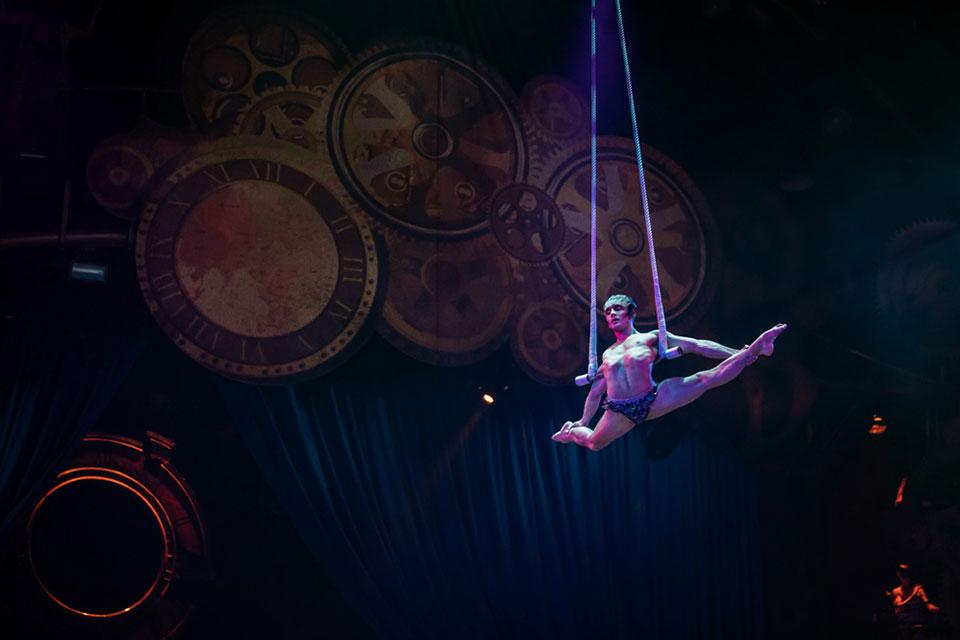 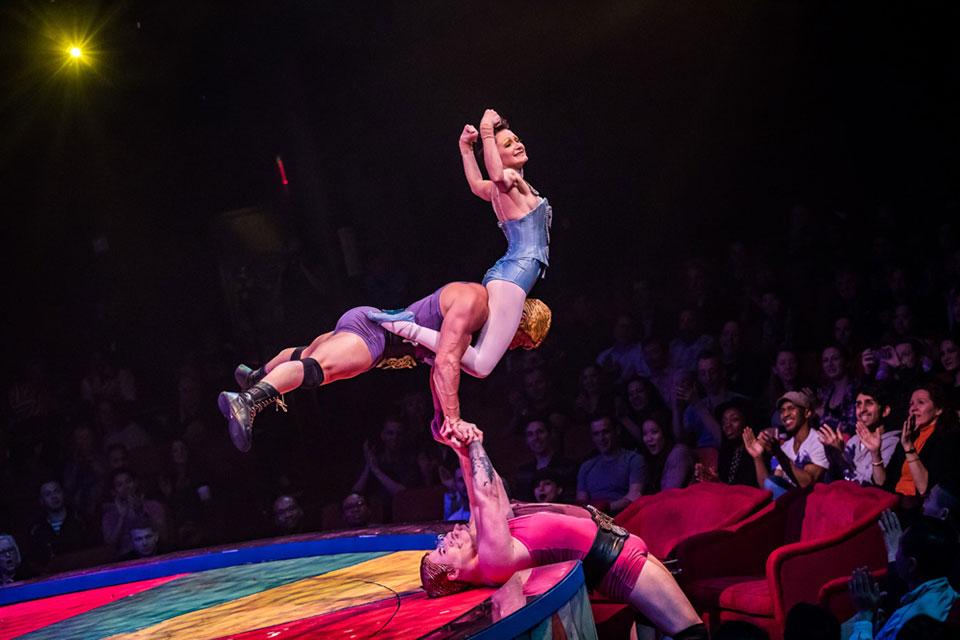 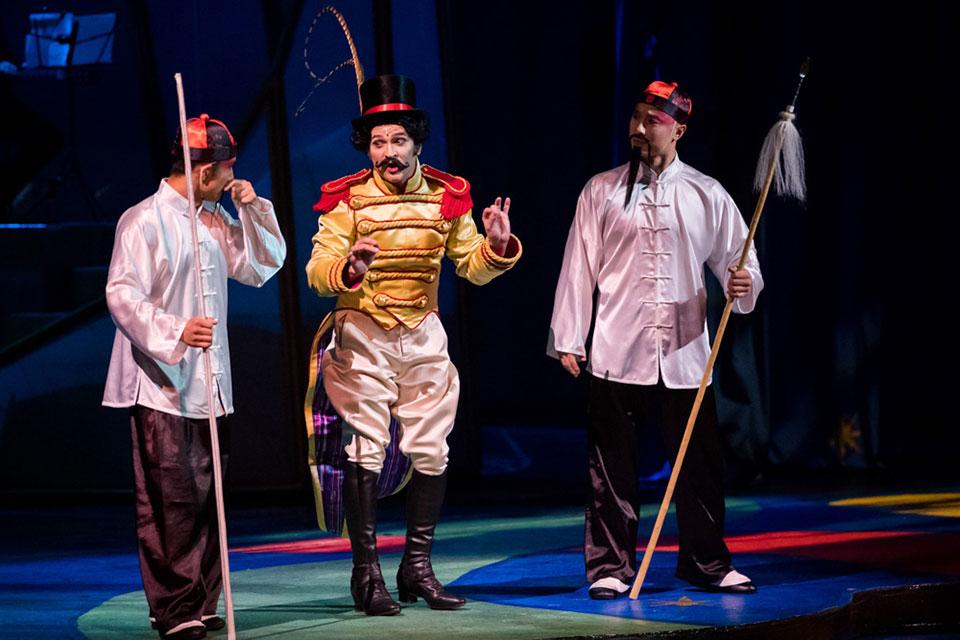 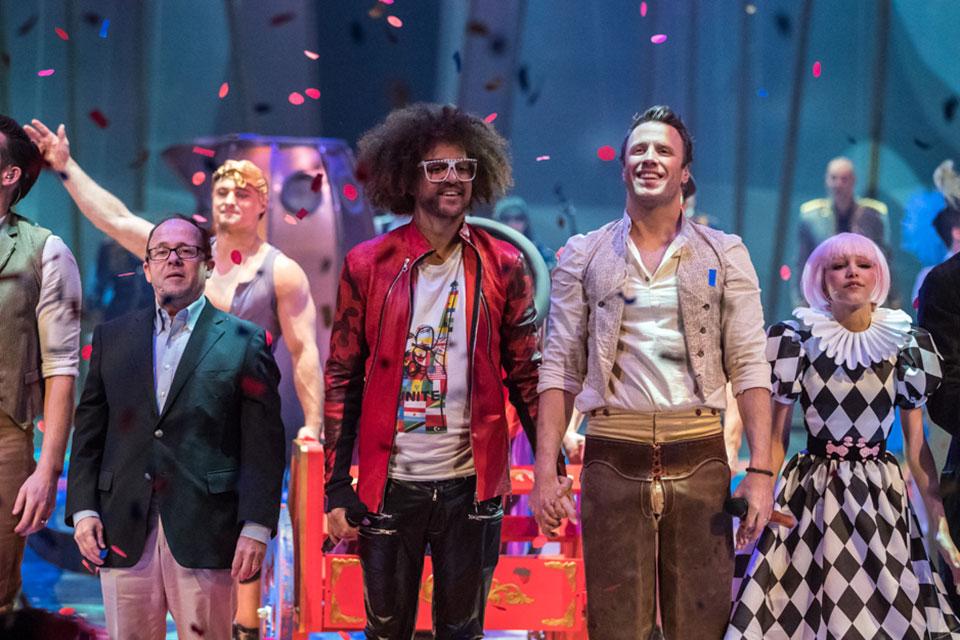 For Kim Scott, Company Manager of Cirque du Soleil’s The Beatles LOVE production, One Night for One Drop was a natural next step to expand on the kinds of creative opportunities Cirque already offers to UNCSA students.

The idea took hold last summer, when Scott and Garrett Gottschalk, an intern from UNCSA, had a discussion about the experiences that students would find beneficial to their education and careers.

“I started thinking about giving students the chance to design for us and what that could look like,” Scott says. Because One Night for One Drop is a one-night-only event that is produced over a period of several months, she realized it presented the rare opportunity for UNCSA students to be a part of a Cirque du Soleil show from start to finish.

And she knew they would integrate seamlessly into the professional team.

Students from the School of Design & Production have a huge amount of production experience. We know those students have the moxie and the skillset required to run a show. That’s not something you can easily find.

“Students from the School of Design & Production have a huge amount of production experience. We know those students have the moxie and the skillset required to run a show,” Scott says. “That’s not something you can easily find.”

It’s been a proven formula for Cirque, as the School of Design & Production has the largest number of alumni from any school working in the company’s ranks, including the lead designer for One Night for One Drop, Jacob Muehlhausen (Scene Design, ’05). Scott estimates that over time there have been at least 80 UNCSA alumni that have come through Cirque’s doors and the company regularly attends and recruits at the annual D&P Job Fair.

So, when Scott pitched the idea for the fellowships to Kelley, he was on board immediately. With generous support from the Thomas S. Kenan Institute for the Arts, Cirque and UNCSA were able to create an experience that created connections—between school and career, student and professional.

From fellows to family

Stage Management major Liz Murphy says the fellowship was very much “a crash course in Cirque creation. It was kind of like that last week before finals, crazy but organized.” Murphy spent seven weeks in Las Vegas leading up to and including the March 3 show, earning nine course credits for her participation in the fellowship.

“The day of the show was an amazing experience,” she says. “Everything came together and became this one, unified, beautiful show. It’s one of my favorite things about Stage Management.”

“The artists are like a family,” she adds, saying the company adheres to a high level of professionalism and safety while embracing the artists’ family lives. “It was a cool atmosphere to be a part of.” 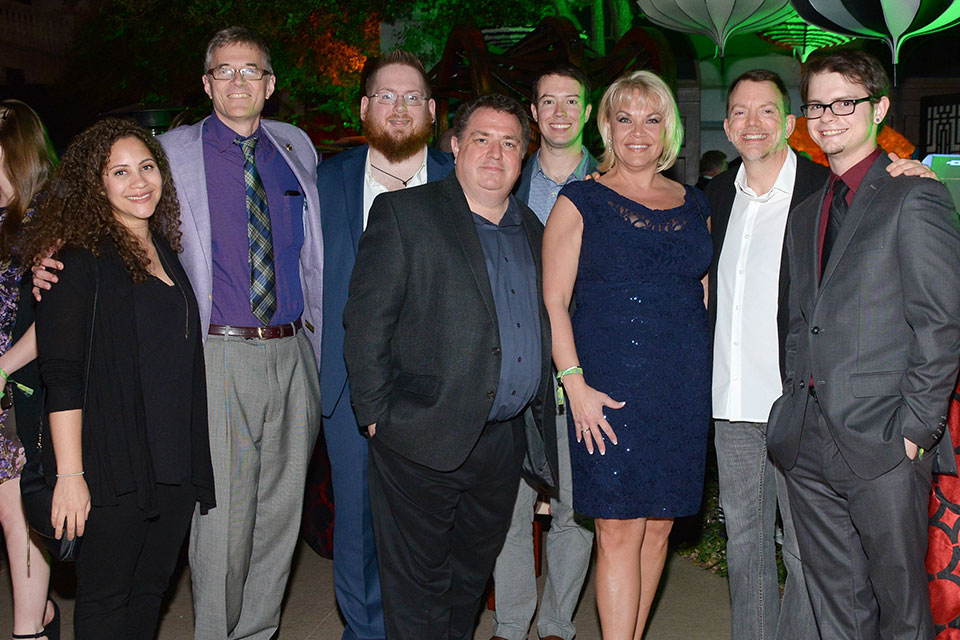 Costume Design & Technology major Shelby Mills heard about the fellowship through her faculty advisor, Pam Knourek. “When she presented the opportunity to apply, I was immediately interested because in our field Cirque is a big company,” Mills says.

During her time in Las Vegas, Mills served as a costume design assistant and was in charge of painting and distressing items as part of the production’s vintage circus theme, among other responsibilities.

“The people I met and worked aside were some of the best people,” Mills says. “I made a lot of connections with people who not only work at Cirque, but have come from all sorts of other companies and backgrounds.”

Extending the limits of the possible

Kelley says collaborations like the one with Cirque are opening even more doors for students and alumni, particularly in the area of themed entertainment design. “Aligning with Cirque and other entertainment companies is allowing us to position ourselves to give an education in the global arena,” he says, “and will allow our graduates to propel their careers to a stratosphere they can’t achieve anywhere else.”

Scott feels similarly about the mutual benefits the fellowship offers. “At Cirque, we say that we want to ‘extend the limits of the possible,’” she says. It’s a philosophy some UNCSA students might agree is working.