Chancellor Lindsay Bierman has announced that Scott Zigler, Director and Head of Actor Training at the American Repertory Theater/Moscow Art Theatre School Institute for Advanced Theater Training (IATT) at Harvard University for the past 20 years, will be the next Dean of the UNCSA School of Drama. 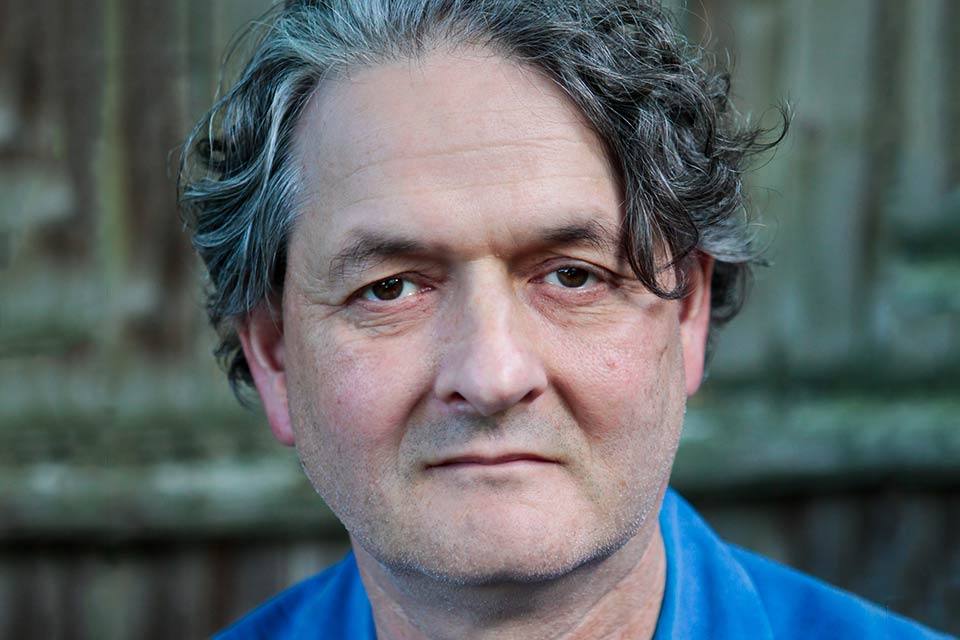 “Scott Zigler brings a rare combination of exceptional talents to our School of Drama,” Bierman said. “He’s spent two decades running one of the country’s premier actor training programs, has built an impressive career as a director, and has demonstrated a heartfelt dedication to arts pedagogy and student success at one of the world’s greatest institutions. “It was a coup to get him, and I have no doubt that he’ll continue to lead by example as an artist, academic, and administrator at UNCSA.”

Approximately 55 candidates – national and international – applied for the position, which will head a program recently ranked No. 5 in the world (undergraduate) by The Hollywood Reporter. Six finalists visited campus for interviews.

Scott Zigler brings a rare combination of exceptional talents to our School of Drama. He’s spent two decades running one of the country’s premier actor training programs, has built an impressive career as a director, and has demonstrated a heartfelt dedication to arts pedagogy and student success at one of the world’s greatest institutions.

Executive Vice Chancellor and Provost David English said Zigler’s candidacy was enthusiastically supported by the search committee, headed by School of Dance Dean Susan Jaffe, as well as every group that participated in interviews, including faculty, students, alumni and friends of the school. “We were all impressed by his knowledge of and passion for the theater,” English said, “and his commitment to actor training, which involves the integration of a wide variety of pedagogical approaches.”

Zigler will continue to lead the IATT through May 2018 and will join UNCSA full-time in June 2018. He will visit once a week beginning in August, with increased frequency next spring. In the meantime, UNCSA School of Drama Professor Dale Girard will serve as Interim Associate Dean, fulfilling the day-to-day administrative responsibilities and working with Zigler during the transition. Bob Francesconi, who holds the Gerald Freedman Distinguished Professorship in Drama, will continue in his role as Assistant Dean, working with curriculum and scheduling.

We were all impressed by his knowledge of and passion for the theater and his commitment to actor training, which involves the integration of a wide variety of pedagogical approaches.

Scott Zigler was hired in 1996 to supervise the IATT’s acting program, and assumed leadership of the Institute in 2003. The program has been run in collaboration with the Moscow Art Theatre School (MXAT) since 1997.

Prior to joining the American Repertory Theater (ART), Zigler served as Artistic Director of the Atlantic Theater Company of New York and Burlington, Vt., and Executive Director of its training program, the Atlantic Acting School, a professional actor training program affiliated with New York University, where he is currently a senior member of the acting faculty. He also has been a Lecturer in Dramatic Arts at Harvard since 1996.

I passionately believe that the young theater artist should be exposed to a broad range of approaches and aesthetics and that every artist must ultimately create her or his own unique methodology, synthesizing a broad array of influences into a unique approach that best serves the individual’s own nature, creativity, imagination, and passion.

He is the co-author of “A Practical Handbook for the Actor” (Random House, 1986), currently in its fifth printing and translated into six languages.

Strongly associated with the work of David Mamet, Zigler has directed numerous of his plays, including “The Old Neighborhood” (world premiere) on Broadway and “Ghost Stories: The Shawl and Prairie du Chien” at the Atlantic Theater Company, “November” at Center Theater Group/Mark Taper Forum, “Race” at Philadelphia Theatre Company, “Glengarry Glen Ross” at the McCarter Theatre, and “The Cryptogram” at The Alley Theatre and the Steppenwolf Theatre Company.

At American Repertory Theater, he has directed “Animals and Plants,” “The Cripple of Inishmaan,” and the world premiere of Ellen McLaughlin’s “Ajax in Iraq” (ART Institute), while at Atlantic Theater Company, he has directed the premiere of Tom Donaghy’s adaptation of “The Cherry Orchard,” “Strawberry Fields,” “Suburban News” (world premiere) and “As You Like It,” among others.

Zigler was trained at and is a Charter Member of the Practical Aesthetics Workshop (now the Atlantic Theater Acting School), where he studied with David Mamet and William H. Macy; the Saratoga International Theatre Institute, Anne Bogart and Tadashi Suzuki, Artistic Directors; the Circle in the Square Theatre School, through New York University; and a variety of special workshops and classes.

At the Institute for Advanced Theater Training, Zigler has supervised the Master of Fine Arts programs in Acting, Dramaturgy and Vocal Pedagogy, has designed curricula and chaired faculty searches, and has ensured philosophical cohesion between multiple acting methodologies, from the traditional Stanislavski training offered by MXAT to a variety of experimental and forward-looking concepts.

“I passionately believe that the young theater artist should be exposed to a broad range of approaches and aesthetics,” Zigler said, “and that every artist must ultimately create her or his own unique methodology, synthesizing a broad array of influences into a unique approach that best serves the individual’s own nature, creativity, imagination, and passion.”

While much of his focus at Atlantic was on contemporary plays, he is also devoted to the great theater traditions of the classical canon. “I have always insisted that training in the performance of Shakespeare … forms the cornerstone of our actors’ training.”

Zigler also supervised the programming of the production season at IATT. “Our goal in programming is not only a balance between classical and contemporary work, but also to give students experience in a breadth of different styles of theater and approaches to theater-making,” he said, adding: “I believe passionately in the importance of diversity and bringing to the stage the voices and experiences of underrepresented populations.”

While at the IATT and Atlantic Theater Company, Zigler worked closely with members of the ART Board of Trustees and Advisors as part of the Board’s Institute Committee and has been involved in fundraising, budgeting, marketing and outreach with these organizations.

At IATT he is currently in the process of developing a new curriculum titled, “The Artist as Entrepreneur,” with input from disparate disciplines and individuals. Zigler said: “I am not the first one who has said that the actor has to think of herself as the CEO of a company, and the company’s product is the actor herself. But beyond that, I think actors need to have an intimate familiarity with the changing media landscape.

“Not only should they be aware of the hunger for content from relatively new players like Netflix, Amazon, and Hulu, but they also need to learn about the possibility of monetizing content on platforms like YouTube, Facebook Live, and Twitter. … If we can teach artists to not only create but figure out how to monetize their creativity, we will empower them to make their own opportunities within the profession ….”

Dale Girard, who teaches movement and is Director of Stage Combat Studies, is an award-winning fight director, choreographer, and author of the stage combat manual “Actors On Guard.” A third-degree Black Belt, he is a founding member of the N.C. Stuntmen’s Association and one of only 16 Fight Masters in the United States recognized by the Society of American Fight Directors. His work has been featured in professional theater and opera houses throughout North America and in several motion pictures. He received his training in theater arts at the University of Northern Colorado and previously served on the faculties of the Yale School of Drama, the National Theatre Conservatory in Denver, and the Hartt School in Connecticut. He has been a member of the UNCSA Drama faculty since 1997, and was one of the first faculty members at UNCSA promoted to Full Professor, in 2014.

Carl Forsman, who served as UNCSA’s Drama Dean for five years, announced last summer that he would step down at the end of the 2016-17 academic year and, following a research leave, would take a full-time faculty position teaching acting and directing.