Ehinomen Okojie and Devin Kessler star in "THE UNSPOKEN 200."

Writing a play and having it produced in New York City before your 21st birthday is no small feat, but rising third-year Drama student Ehinomen Okojie has accomplished it this summer. “THE UNSPOKEN 200” premiered as part of Riant Theatre’s Strawberry One-Act Festival earlier this month.

The festival, in its 30th season as a competition for playwrights, invites the audience and industry judges to select the best play of the season. The playwright of the winning play receives $4,000 and the opportunity to have a full-length play developed by Riant.

Below, Okojie reflects on the opportunity to share his work for the first time:

In April 2014, 276 high school girls were kidnapped from their dorms. As of today, 150 of them are still missing. These girls are forced into marriage, some as young as 14. They are raped, beaten and starved. “THE UNSPOKEN 200” is my attempt to humanize them and remove them from being merely a hashtag.

The audience follows one of them, Halima Aliko, as she tries to assimilate back into society while still experiencing PTSD from her kidnapping. 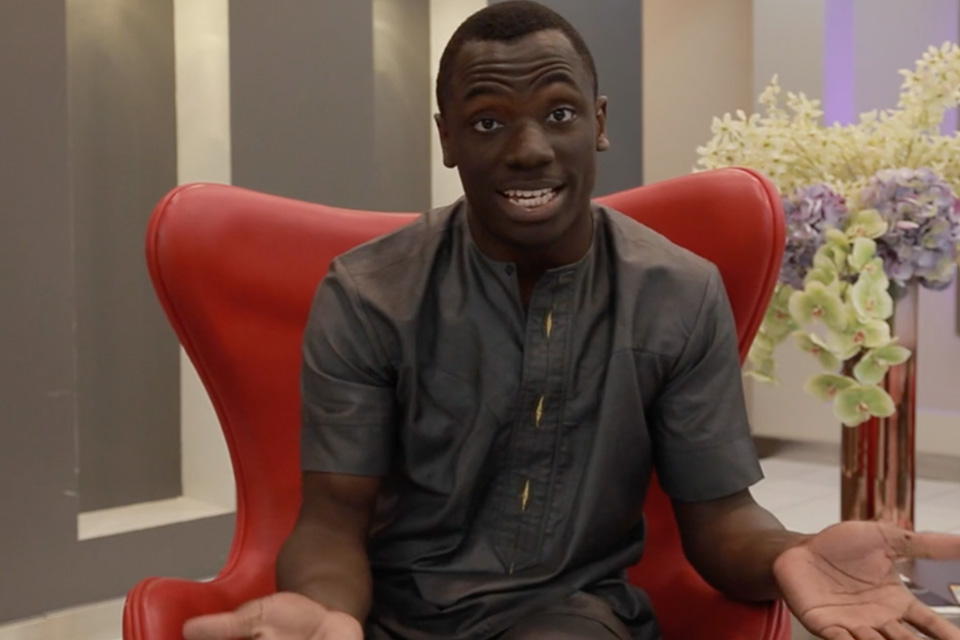 Ehinomen Okojie shares the history behind his play, "THE UNSPOKEN 200." The play is available to stream on-demand for $25 from Riant Theatre's Vimeo channel.

Were other UNCSA students involved in this project?

How did you connect with Riant Theatre for this opportunity?

Devin sent me the Strawberry One-Act Festival submission notice the night before it was due and I really didn’t think anything would come of it. I though, “eh, why not?”

It’s been hard. When people say the industry is hard, they aren’t joking. It’s a lot of work. For the first time in my life I was concerned with everything—not only my performance. Could the script be better? How is my vision as the playwright and the vision of the director coming together? How can we make sure the designers are all on the same page? Then there was the issue of money. Money! Where and who is it coming from?

Regardless of all of that, it has been one of the most important experiences of my life, if not the most important. I wrote a play! It’s being produced in NYC! On 46th street! Two blocks down from “Hamilton: An American Musical!”

I’m a 20-year-old boy from Nigeria. When I left home at 16, no one thought I’d get far. This experience has been out of this world, and I pinch myself every day.

How did you prepare to bring “THE UNSPOKEN 200” to life?

A lot of research. Because it’s based on a real-life event, I wanted the play to be as close to life as possible while still holding elements of theater, such as the rise to climax and resolve. Also, I asked for a lot of advice. My faculty has been so supportive: Josh Foldy, Krisha Marcano, Jose Aranda, Janine Hawley and Dale Girard.

What did you learn about yourself through this experience?

I really don’t like the marketing portion of this actor business. I just want to do the work and let the work stand for itself… but times have changed and it’s not that easy anymore.

The most important lesson from this experience is that I can do it. I can be a writer AND an actor.

But the most important lesson from this experience is that I can do it. I can be a writer and an actor. I can be a great actor and a great writer and I don’t have to sacrifice one for the other.

Describe your summer experience in one word: