A focus on cutting-edge storytelling and connections to professional filmmakers has landed the School of Filmmaking at UNCSA on two lists of the country’s best film schools compiled by leading industry publications.

The Hollywood Reporter (THR) ranked the film school at No. 14 for the third year in a row, and MovieMaker magazine included the school in its list of 40 best film schools in the U.S. and Canada. The MovieMaker list organized schools alphabetically by region without assigning rank. 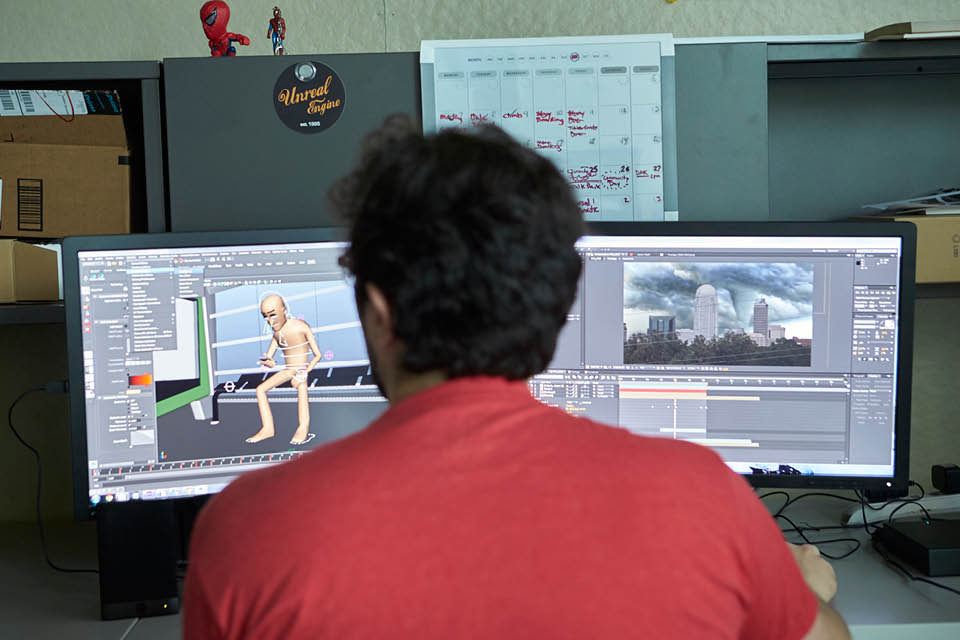 A film student works in the School of Filmmaking's animation lab.

“This small Southern school has been offering state-of-the-art education on high-tech filmmaking,” THR said, adding “This year, it's sharpening its cutting edge with the new $10 million Institute for Performance Innovation, which offers a concentration on gaming and VR.”

MovieMaker’s Summer issue, which hit newsstands Aug. 8, highlighted accelerated access to the industry, noting a “transition to the profession” class that prepares seniors for life after college as they search for jobs in the real world. “Seniors screen their works for industry professionals and accomplished alumni in L.A. ,” MovieMaker said, adding, “A bonus: UNCSA is an official partner of the Sundance Institute. Alumni pop up every year at the film festival, while school staff participate in panels.”

We are still a very young program—only 23 years old. I think it is extraordinary that we have risen to national prominence in such a short time.

“We are still a very young program – only 23 years old,” Ruskin said. “I think it is extraordinary that we have risen to national prominence in such a short time.”

Ruskin credited a world-class faculty whose expertise and mentorship produces filmmakers who are ready to hit the ground running on professional film and television productions. “We hear it time and time again from industry connections. The transition from school to career is seamless for our alumni. They leave here very well-prepared to work professionally alongside seasoned professionals.”